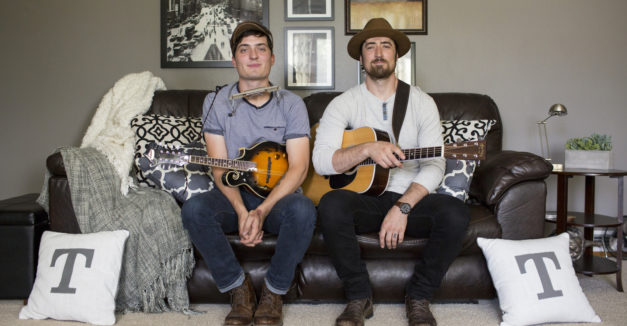 The concept of home permeates the Talbott Brothers’ growing folk catalogue. To them, it is a physical place from which they hail, a formative influence in their upbringing, a metaphorical lover they left to pursue their dreams and comfort to which they can always return.

So when Nick and Tyler drove home to Imperial from their current Portland, Oregon residence to headline their hometown Imperial’s July 1 Good Living Tour concert, it was only fitting to get them in their childhood home, the place where their mutual musical journey began.

The song they play — “Love Again,” from their third full-length album Grey — isn’t explicitly about home in the physical sense. Its warm encouragement, floating on the brothers’ natural yet carefully-honed harmonies, is directed at someone enveloped in the scourge of heartbreak, “under covers hiding” from the love for the possibility of being hurt again. Tyler’s mandolin strikes glint like a sunbeam through clouds, inviting one to emerge from the wreckage, back to their former self. Almost like going home in your mind.