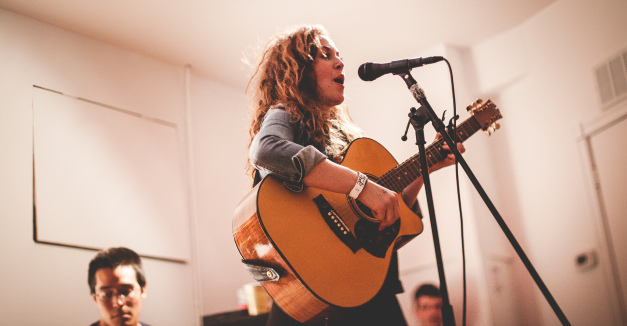 When Lars & Mal appeared on Hear Nebraska FM just two weeks ago, you had to dive into homemade YouTube videos to take in the vocal harmonies of Laura Weiss and Mallory Finch. And so the release of their brand new debut album is a welcome and open presentation to several additional layers of the Omaha band. For one, there’s the adept, rhythm-oriented band of Chelsea Taxman (keys), Ricky Green (percussion) and Adam Sherrerd (mandolin). Entrenched deeper still, are fearless lyrical admissions of weakness and proclamations of strength that make for a great pop music study in intelligent accessibility.

Lars & Mal plays tonight at The Bourbon as part of a Lincoln Calling showcase from X-Rated: Women in Music. They’re set for an 8:15 start. You can purchase the self-titled album here.

And now, a new episode of On The Record: