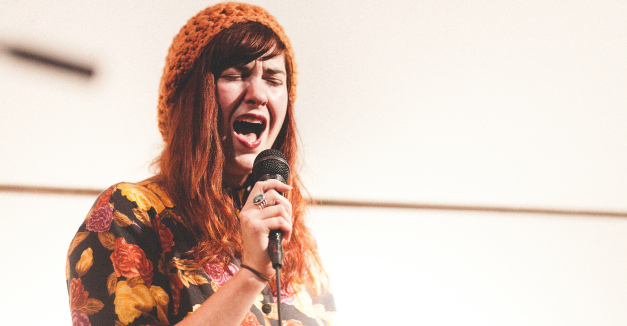 As with perhaps their most obvious comparison, First Aid Kit, Omaha duo Lars & Mal brandish a kind of hungry folk that precedes or underlies the American folk tradition. In the harmony-laden marches of Mallory Finch and Laura Weiss, you’re more likely find wolves, forest dwellers and specters than towns, lost highways and loners.

There’s a real melodic thickness to these songs, but unlike those aforementioned Swedish sisters, you wouldn’t say Lars & Mal’s songs are lush. In fact, their choice in a rhythm section is a very deft one: mandolin, acoustic guitar, keys, cajon drum. It’s spare in the treble, while adding a punch to the rhythm section instigated by Weiss guitar. And in the middle, voices reign.

And there’s something in the harmonies at their fever pitch in kind with The Civil Wars and Union Station. It’s egoless and symbiotic between Finch and Weiss, the idea that true harmony is a highwire act, not a race.

You can see Lars & Mal live on the Wednesday of Lincoln Calling — Oct. 8. They’re playing the X-Rated: Women in Music showcase. It’s a great lineup of Nebraska’s musical women with All Young Girls are Machine Guns, Churls, Manic Pixie Dream Girls and more. But right now Lars & Mal joins us live on Hear Nebraska FM with a full band.