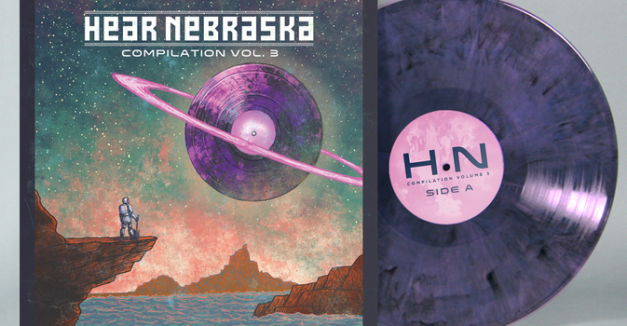 Think of this video as sample of what will happen to your senses during a full listen of Hear Nebraska: Vol. 3.

Find the spaces between these ten great tracks, the fleeting moments when you slip from falsettos to roars, horn pops to live guitars, hip-hop to gypsy-tinged folk. We think you’ll want to experience the real thing with your record player turned up.

This weekend, we launched a pre-order Kickstarter campaign for our third annual compilation of Nebraska music.

As we noted in our news this morning:

“We’re honored to have two previously unreleased tracks on the compilation — “Journals” by Outlaw Con Bandana and “Junk City” by Ladyfinger (ne).

Find the tracklist below. Most importantly, if this collection and what it stands for resonates with you, please back the preorder on Kickstarter. We’re thrilled to be a quarter of the way to our goal after 24 hours.