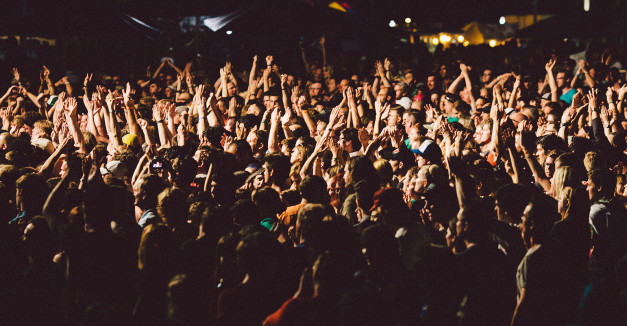 When the basses drop and the hands clench the microphones, we want you to be ready.

Saturday marks the sixth year of Maha Music Festival. The festival will again be held at Stinson Park in Aksarben Village across two stages.

Let us be your guide through the five local and seven national acts. Read the latest on the performers below, plus the news on Chris Walla’s departure from Death Cab for Cutie. Set times and stages are listed, so use this story to map out your day on Saturday.

A piece of advice — tickets are still available now for $50. That price goes up to $60 on Saturday.

See you in the park.

You can’t talk about Domestica without talking about Mercy Rule, the early to mid-90s Nebraska band that, like For Against and Millions, had a brief and earnest brush with national fame. The band’s video for “Tell Tomorrow” found airtime on MTV when airtime on MTV was a decent metric for relevance.

Mercy Rule called it quits around the turn of the century, but Heidi Ore and Jon Taylor eventually went back to the stage with Domestica. They’re about 20 years older now than they were when Mercy Rule’s Providence almost became a really important record. Their songwriting has grown confident with experience and age, but Ore’s soaring vocals are as lively as any Mercy Rule track and the instrumentation is as heavy, loud and fierce as ever. 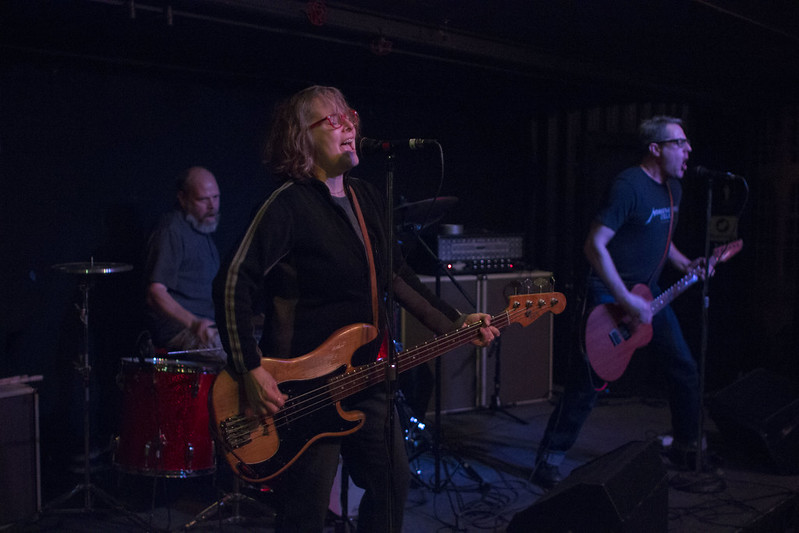 Omaha’s Matt Whipkey comes to Maha after a busy past year.

It’s a record full of sunshiny melodies and electric guitars in hyperdrive. If you’ve heard Whipkey’s geysering solos from his work in Brad Hoshaw and the Seven Deadlies, extrapolate that and add a few pleasantries. This year, Whipkey showed a softer side on an acoustic song he released for Record Store Day. Hear Nebraska premiered that song:

Twinsmith is putting more muscle toward the festival circuit than any Nebraska band this season. The rock band — with one single out on Saddle Creek — started early with SXSW and Kansas City’s Middle of the Map Fest in April. In the coming months, they’re also slated to play Pygmalion Festival in Illinois and MidPoint Music Festival in Cincinnati.

Twinsmith’s debut LP is something that channels the eighth note bounce of Vampire Weekend, but with gravitas of The Killers’ early work. They’re on the big stage, so plenty of room for singer Jordan Smith’s notable prance.

Omaha’s saw no shortage of innovative hip-hop this year, and M34N STR33T has continually been somewhere in the foreground. Last Halloween, the trio of Conchance, Haunted Gauntlet and DJ Really Real released “Trick or Tr34t on Mean Street,” a one-off single featuring spots by five other Omaha emcees.

M34N STR33T will play Maha on the heels of their expansive debut album Mutants of Omaha. Tracks rely heavily on Conchance’s articulate, twisting delivery and Haunted Gauntlet’s mastery of reworking classic samples. Mutants of Omaha feels like it has no place in time, but instead floats somewhere above, culling from everything that came before and anticipating everything that will come after.

Imagine if the best emcees and producers of a major city formed a supergroup. That’s what seven of Minneapolis’ best decided to do with Doomtree. It’s a hip-hop collective that shares credits with records on Rhymesayers, publishes collections of poetry and has collaborated with the likes of Bon Iver.

This Maha performance is a rare chance to catch the group as a whole. Seldom do emcees Dessa, Mike Mictlan, P.O.S., Cecil Otter, Sims and producers Lazerbeak and Paper Tiger perform as a whole outside of Minnesota. Cheers to Saturday.

The Missourian brothers of Radkey play fast, loud and harsh. But Dee Radke’s vocals are what launch the band into the upper echelons of their garage punk. His voice is full and dangerous, like a strung-out ‘50s crooner. All the brothers are 21 or younger, so while they’ve toured internationally, the world still awaits their debut full-length.

Here’s our story on the band from earlier this week.

With a history in post-punk, Ted Leo’s collaboration with singer-songwriter Aimee Mann seems like an odd coupling. But the two have found a sweet spot as The Both, pairing spotlessly sung pop melodies and near-folksy harmonies with guitar licks that singe. Mann rocks a little harder than usual, Leo takes a more measured approach, but each flex their songwriting muscle with clever, sharp lyricism.

The Envy Corps have built a bridge between the Iowa and Nebraska music scenes with lead singer and bassist Luke Pettipoole’s semi-recent move to Omaha. Since then, the band has played the stages of Vega and The Waiting Room multiple times with well-known Nebraska bands including Twinsmith, Oquoa and Millions of Boys.

Made up of Pettipoole, Brandon Darner, Micah Natera and Scott Yoshimura, The Envy Corps released its first album, Dwell, in 2008. Their second album, It Culls You, came out in 2011. Their most recent record was meticulously built around the instrumental bass part before delving into the lyrics. Having just played 80/35 in Des Moines this summer, The Envy Corps returns to Maha for the second time with this year’s performance.

Listen to Matt Frazier’s drum solo in the second verse of Local Natives track “Who Knows Who Cares.”

You can feel the pulsing drum beats that rumble beneath the vocals, never overpowering them. Local Natives find a way to balance the harmonious vocals of Taylor Rice, Kelcey Ayer and Ryan Hahn with the blend of guitar, bass (Nik Ewing) drums (Frazier) and occasional mandolin woven throughout their songs.

With albums Gorilla Manor, and more recently Hummingbird, this band has gained a national following with millions of listeners captivated by their melodic yet powerful songs including “Wide Eyes,” “Airplanes,” and “Ceilings.” They show versatility as they create two different, yet cohesive, records. Gorilla Manor compelled people to listen with loud, sharp notes and powerful instrumental solos. Hummingbird toned down the sound, creating a quieter record that highlights the harmonies and lyrics.

One of Omaha’s biggest draws, Icky Blossoms has been quiet so far this year. They’ve been hard at work on a follow-up to their self-titled Saddle Creek debut. Earlier this summer, we reported that the swirly pop/rock band is rehearsing out of the Holland Center, a space where they’re prepping their live show.

For a local act, Icky Blossoms secured a pretty prime Maha timeslot, so we can only hope to be privy to some of the lights, sounds and staging they’ve been hashing out in their new space.

As seems to be the musical track for folk-pop bands, The Head and the Heart went bouncier, hookier and more electrified on their second album. Let’s Be Still came out on Sub Pop this past October, spearheaded by the single, “Shake.”

The Seattle band broke out with exuberance in 2010. Poppy acoustic numbers, like “Lost In My Mind” were some of the first songs on the scene to satiate a popular hunger for new folk. Keys, violins and a litany of “Whoa-oh-whoa” choruses just barely preceded the likes of The Lumineers and Wild Child.

Walla will still appear with the band at Maha and throughout their current tour circuit. Sounds like the band’s 8th album is in the can, too, which Walla produced. This forthcoming release will follow up 2011’s Codes and Keys. Walla has been part of Death Cab for 17 years. Based on this statement, it sounds like an amicable departure.

After releasing three albums and touring out of their homebase in Bellingham, Wash. in the late ‘90s and early ‘00s, Death Cab became one of the millennial generation’s first indie music stars with the releases of Transatlanticism and Plans.

The former is widely regarded as a masterpiece of melancholia, while Plans constituted more of a mainstream breakout on the back of the single “Soul Meets Body.” In the following years, the response to Narrow Stairs and Code and Keys was more lukewarm, though Narrow Stairs with its many jagged edges holds up better.