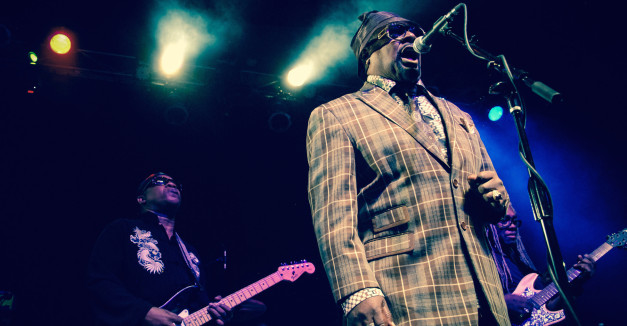 Yes, The Mothership did land in Lincoln Tuesday night. George Clinton and Parliament-Funkadelic brought the funk to The Bourbon for a hotly anticipated show.

The Rock & Roll Hall of Famer earned his chops in the trenches Motown of the ‘60s, he famously birthed the funk in famously dank and stank studios in the seventies, and smashed the ‘80s with several solo endeavours. George Clinton has had sustained musical relevance for four decades — the man’s a trans-generational icon.

And that’s what sets Clinton apart from many of his contemporaries; though he could easily be on his fourth “greatest hits” collection of work after 51 years in the game, it’s his latest appearance in music everyone keeps talking about.

“Wesley’s Theory,” the opener to rapper Kendrick Lamar’s epic sophomore release, To Pimp A Butterfly, features Clinton in one of his most memorable hip-hop appearances to date.

More than his legendary affinity for psychedelics and epic lore of steamy studio escapades and wild stage antics, George Clinton is famously generous. When an entire generation of musicians sued for uncleared samples, Clinton allowed his music to essentially become hip-hop public domain, even personally taking part in the replaying of his samples with likes of Snoop and Dr Dre.

The biggest musicians of today are fans of his — Clinton’s appearance on To Pmp A Butterfly made the album for not only the fans listening, but for those who made the record, many of whom weren’t even alive for the heart of Clinton’s career.

This is why The Bourbon crowd Tuesday night didn’t look too much like a “greatest hits tour” from an artist who’s first single was released on Motown in 1967. The young and young-in-spirit split fairly evenly that night (assured that reserved seats may have fared differently) on and off the stage. 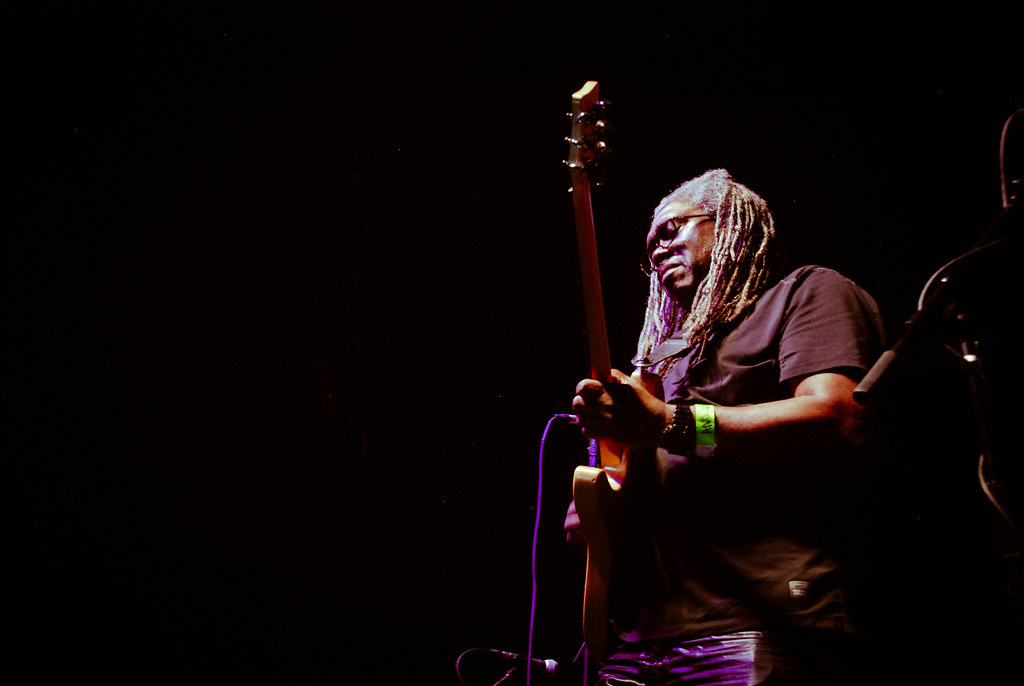 Lucas Kellison & The Undisco Kids, fresh off last week’s release of their new album Bizarro Love, and Josh Hoyer The Shadowboxers have been touring heavily this spring, but made sure to drop into Lincoln to catch the Parliament-Funkadelic show, and who better to lay out the (Cornhusker) red carpet to funk icon George Clinton than Lincoln’s proud torchbearers of soul.

The road-tested, but not road-weary Shadowboxers squad of six played a muscular set with ease, working the hometown crowd into a state of euphoria, filly the rest of the venue with tightly-packed, dancing fans. Kellison and Hoyer set up the night very nicely. All George Clinton had to do was flick a match.

After a quick set change, and all the musicians filed onstage, the band struck up a meaty, stomach rumbling bass-driven groove. Without much delay, Clinton donning a brown suit (with a floppy leather bucket hat to match) strolled onstage, lock-step with the band, devil horns in the air, tongue-dangling.

From that moment, that slow-burning groove quickly grew to a guitar-searing inferno that ripped through The Bourbon for two full hours. There were no peaks; the band pushed harder and harder with each song. The Mothership simply doesn’t stop. 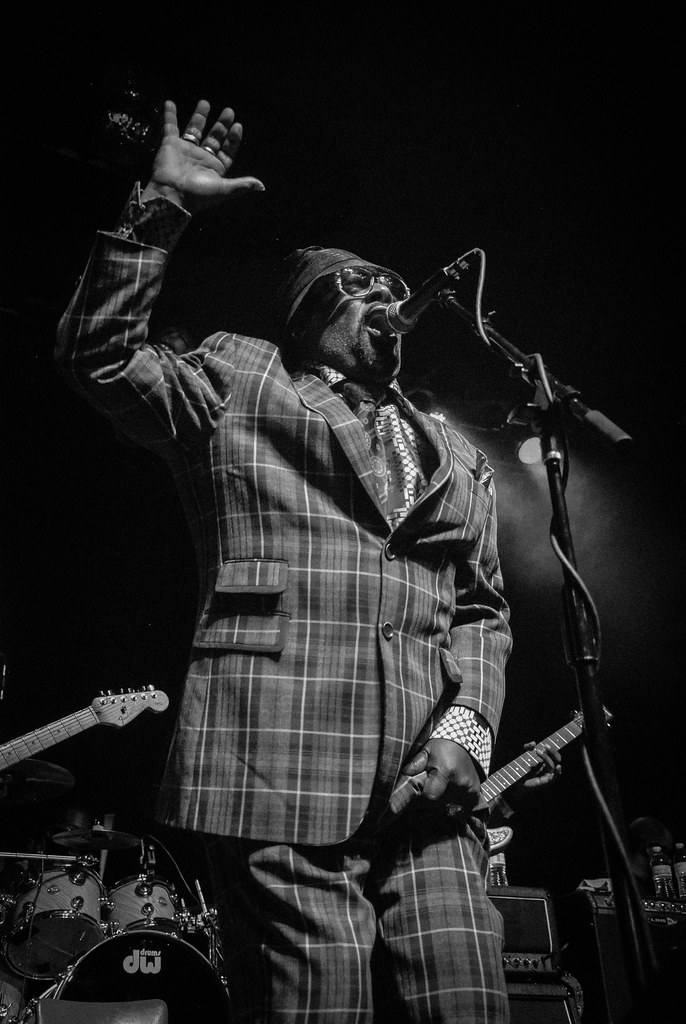 After the first (of few) breaks for applause, Parliament-Funkadelic wasted no time and launched right into “Mothership Connection.” Clinton strutted about the stage, working the crowd just as much as his funk orchestra of two drummers, two key players, two horn men, four singers, two lead guitarists, two rappers, and multiple hype men.The only way to keep the set as that long, continuous high was to keep the players on continuous rotation.

For as often microphones were passed around onstage, from a horn to Clinton, to Clinton to a guitar amp, the men on the boards must’ve been sweating. The sound wasn’t always perfect, but it was always loud. A family three generations deep were onstage making noise and joy without a care in the world; because they surely were out of it.

“Do you want to ride on The Mothership tonight?” Clinton growled too closely into the mic as the band eased into the lush and smooth “Let Me Ride” phase of “Mothership Connection,” bathed in purple and blue light. And “Let Me Ride” rode the hello on, blasting through the cosmos — the rhythm section blasting off rockets of licks and fills, horns sending streaks across the skies, and George Clinton at the helm cooly cuing it all with the flick of his wrist.

By song’s end, the audience was still shooting off.

George Clinton is a funk pioneer, but last night his band broke out in four-to-the-floor disco dancing tunes, bluesy ballads, and had a sizeable hip hop segment. But it was all the funk. What was before the fun, and what followed; neo soul, hip hop, blues, high jazz. It should be no surprise to anyone that Uncle George likes trap music. He rapped to the audience he’d “take you on The Mothership to Pluto.” It didn’t matter the style- it was a party, where whatever felt good was game. 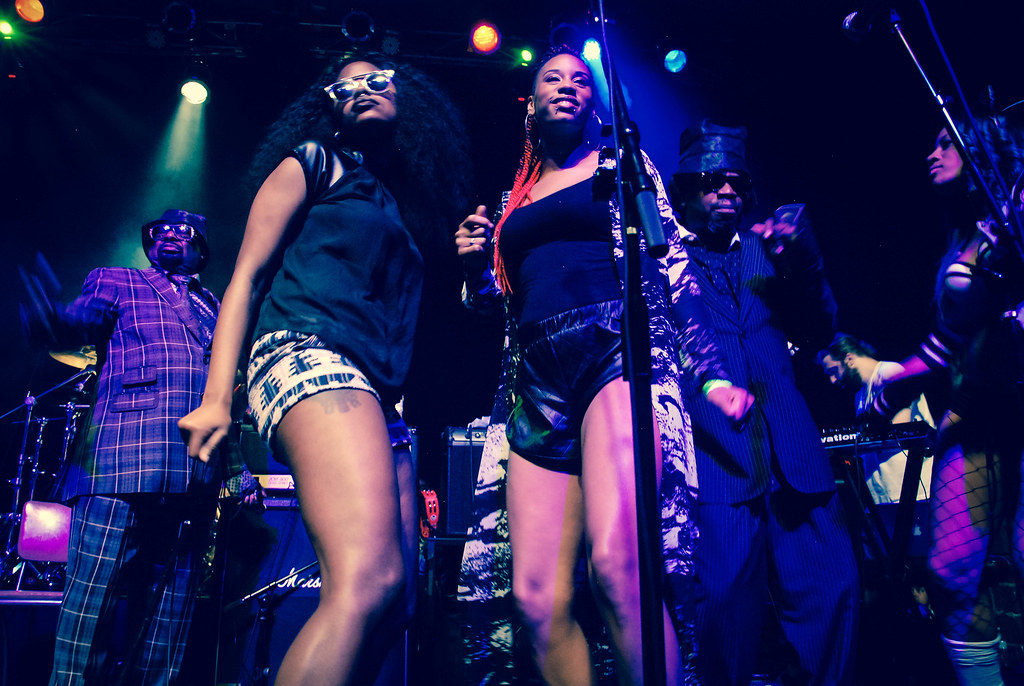 It was the relentless pacing of the show that was most shocking about Parliament-Funkadelic’’s set. And after the well arranged opening sets from Lucas Kellison and The Shadowboxers, who get tighter each gig, the brash nature of the Parliament-Funkadelic’s performance playing was. The band was pedal to the floor the entire time, so when they arrived to classics like “One Nation Under A Groove”, “Flashlight”, or “We Want the Funk”, each was powered from the momentum from the last. It’s as if the band knew they could top the last, closing each hit in such grand fashion, they could’ve wrapped the set five times over. 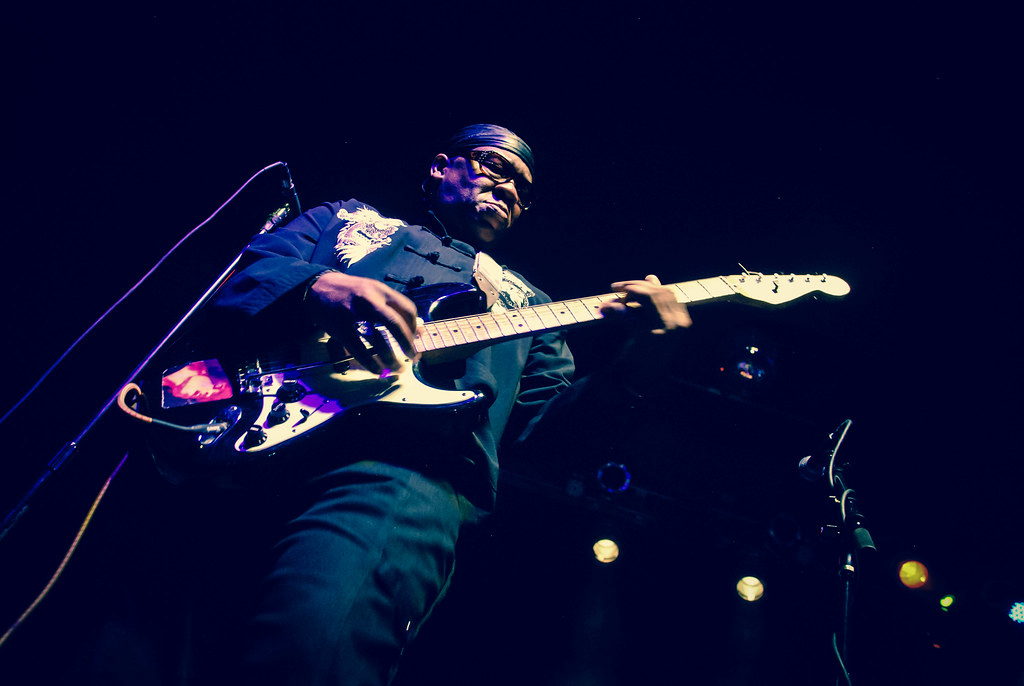 Finally closing the set with a gratuitous and mighty rendition of “Atomic Dog” felt most fitting. Clinton stomped about onstage, growling with the audience into the mic, Sir Nose, a P-Funk staple, writhed about on top of speaker cabinets in his suit and hat of white faux fur and both guitarists blaring simultaneous solos, peaking out the PA system.

And after all the fire and fury, George Clinton took off his hat, bowed, presenting the audience with his shining balding head, and waved goodbye to the crowd, beaming.