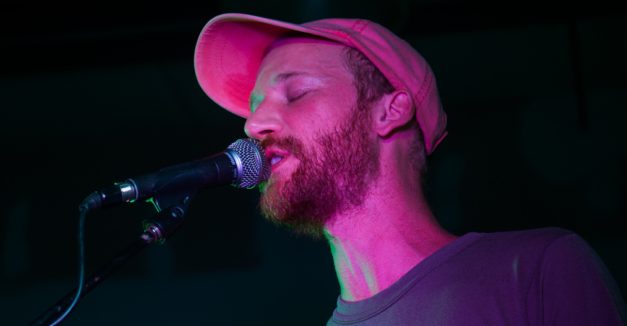 Think of the mid-aughts Lincoln music scene as a high school sitcom, and Lincoln’s Columbia vs Challenger might be tabbed as the brainy nerd with an underlying sense of style and sneaky, spacey sense of humor. At now-defunct places like Knickerbockers or Box Awesome the band might pass out adult diapers or sandwiches or, in its final show, playing right on through curfew.

The space-rock quartet oozed its penchant for the fantastical in its recent original lineup reunion, when it played for the first time in seven years inside a Zipline Brewing warehouse. While its set was largely absent the physical comedy — replaced instead by an abundance of craft brew — the space-rock quartet checked in crisply and with its beloved rock/funk sensibility fully intact.

A treat for longtime concertgoers, Columbia vs Challenger’s appearance was also an eye-opener for new listeners, a glimpse into Nebraska music history through Milky Way forays, alien encounters and, as in the video below, the search for medieval, cocktail-drinking dragons.

Watch Columbia vs Challenger’s live performance of “Dragonz” below: