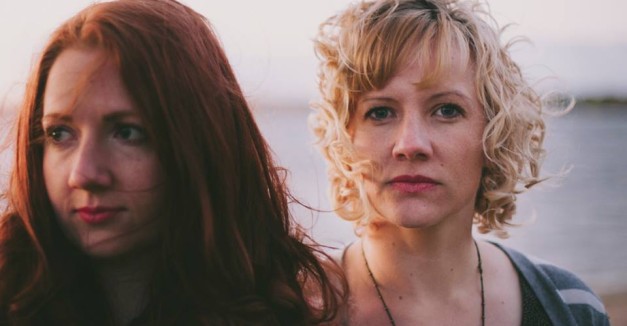 After 12 long years, Dorothy Mains began to write the traces of her dying heart upon paper.

It was the early 1960s in the seaside, Northern California town of El Pasillo, and Dorothy’s voice, quieted by society as it was, had done little to bridge the 12-year rift that separated her husband from her son. Now facing death, her written word flourished fervently in letters to her daughter-in-law, Annabel Mains, in hopes that Anna could carry on the task of reconciliation.

Through 11 songs, all but one told by Dorothy through her pen, Dear Herman’s epistolary album Sincerely, Dorothy colors a vivid story with a cast of flesh-and-blood characters: from the empathetic son, Thomas Mains, to the sweet, faith-driven neighbor Mrs. Julienne. The narrative spanned media first through illustrations by Evan Todd of Smith’s Cloud, black-and-white drawings of pivotal plot points that were included in the booklet for the album, released last fall.

Then this January, Dear Herman oversaw a pair of theatrical performances at Haymarket Theatre, bringing to life more voices and driving the story toward its third perspective. Now, Dear Herman’s frontwomen and sisters Melissa Taylor and Crystal Davy will continue to live alongside their characters as Davy further expands their universe in a novel: Three chapters are written with a goal for completion set for next fall.

Sadly, though, for Nebraska’s live music scene, Davy and Taylor will soon be two time zones apart as Taylor moves from Lincoln to Seattle. Fittingly, Dear Herman will close one chapter of their work that hinges on a heartfelt goodbye with its own farewell show this Sunday at Vega. The concert will start at 7 p.m., and cover is $8 (tickets here). It will be bittersweet, Davy says, as travel-bound Taylor prepares for her newest adventure, but it won’t be the first time Dear Herman has bid adieu to itself.

“There’s an irony to the show’s name because my sister and my very first show was also a goodbye show,” Davy says. “We had started working on music together; we’d done an open mic night. Then our first big, publicized, promoted show, we found out Melissa was moving to D.C. at the time.

“So part of wanting to have a farewell show again was sort of a nod to this idea that we’re people who live life without knowing what’s next. Our first show was a goodbye show, and look what transpired in the years that came afterward.”

For Todd and Smith’s Cloud, Sunday’s show represents a “hello again” to Lincoln as the four-piece will open at Vega. It’s been a little more than two years since Todd moved from Lincoln to Seattle himself. In the past few months, he’s resigned from his position as a UX designer at Microsoft and moved back to Nebraska. With the time he has and the “same sort of defiance that a person needs to write a song” coming back, Todd looks to write and record Smith’s Cloud’s second album with bandmate and producer Travis Bossard.

Following the group’s first, deep-voiced folk/rock on A Change of Days (reviewed here), Todd wants to take the new record in more of a pop direction. Having dived headlong into ’60s rock, The Beatles and The Zombies, and dolloped on a helping of Brian Jonestown Massacre and Gorillaz as well, he says the work will likely be undergirded by the sum of those influences, with a notably less earthy sound.

Both Smith’s Cloud and Dear Herman will play new material this Sunday that departs from previous work, but the show also represents a steady, sure milestone in what could be called a nearly lifelong friendship (in terms of band lives, at least) between the two groups. Todd had met Davy and Taylor at Lincoln’s Grace Chapel, introduced via his expertise on drums (honed through playing with Lincoln’s Columbia Vs. Challenger).

Since then, Todd has created artwork for both Sincerely, Dorothy and Davy’s first album, Immigrants and Strangers. He stresses that anyone who plans on coming to see Dear Herman for what might be their last concert should listen to Sincerely, Dorothy. Learn the story arc, so that when the stage is full of singers and players like Bossard on guitar and accordion, the meaning of particular moments is not lost upon new ears. Moments like the time Dorothy’s husband, Noland, fights Gad Harvey, who is in love with Noland’s sister, Evangeline.

“I listened to the record again yesterday,” Todd says, “and I was thinking about that illustration I did for the scene where Noland rolls Gad in the mud. The implication is after that, Gad was never the same. He became a bitter, old man, so I knew that needed to be heart-wrenching, and tried to make the look on his face show that he had just kissed the woman he loved, then his hopes were dashed. He was embarrassed and emasculated in front of her.”

Whereas in the album and play Gad Harvey plays the somewhat ancillary antagonist, Davy is writing the novel from Harvey’s perspective. She says during rehearsals and in the months that followed the stage production, actresses and actors playing her characters’ roles have helped further color in the white space of El Pasillo.

“In the long pauses on the set when Evangeline and Gad Harvey are talking, they created, between the two characters, this whole backstory of a library in Santa Fe and Gad’s drinking problem. Those conversions, as organic as they were, have definitely informed some of the characteristics of these people as I see it.”

And while the songs of Sincerely, Dorothy will be somewhat retired after Taylor’s move — during a natural hiatus that will also see the birth of Davy’s child this winter — Davy continues to focus on writing new material alongside the novel. As for her own letter-writing to Taylor after the move, Davy says they’ll communicate through various creative means, even if those means don’t involve stamps and envelopes.

“I have a very romantic ideal of letter-writing that is akin to the romantic ideal I have of myself as a gardener, which doesn’t always practically work itself out into reality,” she says with a laugh. “Throughout my relationship with my sister, we’ve tried to find unique ways to connect. The idea of our name kind of came from a private blog that we posted on just for each other for several years.

“I think the creative connection will always be there, whether or not we pull out a pen and paper.”