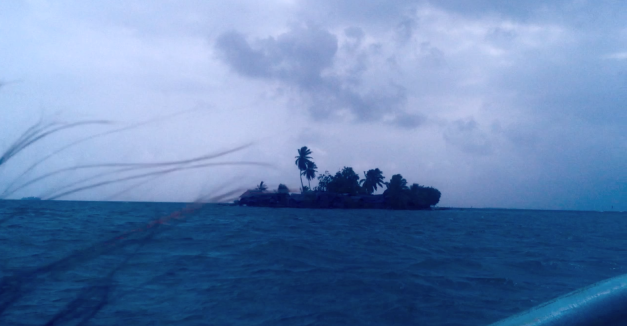 Indeed, she shot the video herself while in San Blas, Panama.

The boat ride during which the video was filmed sways hypnotically as the song does, far enough away from land to feel otherworldly but close enough to feel responsibly adventurous. It’s as first-person observational as the album, with Fink’s vantage as the only point of view.

For the video’s sake, there is no departure or destination to the infinite boat ride. It only exists, circling an island, motoring about in the water. But it’s not an indefinite wait to reach some unnamed place. The boat is the place.

Fink, who you might also know as one half of Azure Ray, is heading to SXSW next week. You can catch her at four shows:

For more on Fink’s Blue Dream, check out our review of the record below, as well as Fink’s Love Drunk session.