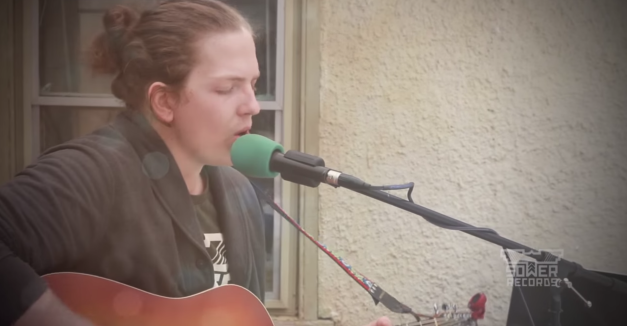 Evan Bartels seems to be wasting no time in 2015.

Yesterday morning, the Lincoln singer-songwriter began pushing a brand new music video for his song, “Send My Love to New Orleans.” Bartels plays his acoustic guitar in a building as worn down and tired as his smoky voice. The video was produced by Red Rebel Media and Circle M Studio, and doubles as Bartels’ entry into NPR’s Tiny Desk Contest. More on that contest here. It’s also the first video release from Bartels’ label, Sower Records.

Bartels says he’ll have an acoustic EP in February and LP available later in the year, his first official releases. Check out the video for “Send My Love to New Orleans” below.

The holidays have slowed down the news cycle, so let’s get to weekend shows.

Listen to a new Tom Ficke Group song below. It leans a little sweeter than most of the bulbous, classic-sounding rock on the new record.

If you’re looking for a metal fix, Shamrocks Pub in Omaha hosts Season to Destroy tonight, featuring Megaton and Rift, as well as folk-punk outfit Buggy Lewis and the Rabbit Grenades and singer-songwriter Adam Peterson of Odinson. RSVP here.

Over at O’Leaver’s, Big Harp plays with McCarthy Trenching. Fresh off a brief with Midwest tour with The Good Life, it’s a safe bet that Big Harp will be playing a bunch of tunes from the forthcoming album. RSVP here.