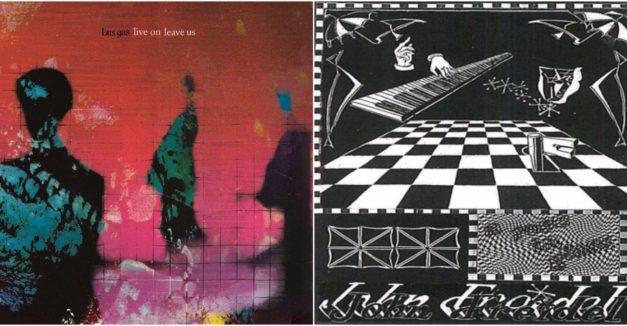 In a two-pronged episode of the On The Record podcast, we examine recent releases from instrumental Nebraska artists. In their wordlessness, the drone priests of Bus Gas and synth scientist Jon Freidel put a lot on you, the listener. Both albums have moments of stirring composition, of course, but they’re at maximum effect when your heart aches or you’re driven to hide under your covers for reasons you don’t quite understand.

We last heard from Bus Gas in 2014 when the trio released Snake Hymns on Spring Break Tapes. At that time, this podcast remarked that Bus Gas’ delay-ridden soundscapes were both “ensnaring and unsettling.” In its own way, Live On Leave Us is an even more ambitious journey. Its two live-recorded, 12-minute tracks are seismic and sorrowful.

John Freidel is best known as the artist behind Green Trees, a sometimes kitschy Lincoln synth project that’s been around for a half-decade now. Freidel is a local master of the electro-pop ditty, making no effort to hide humor and kink, but with immense technical skill to boot. His new album A Rose In Glass is a 17-track melody exhibition.

Our podcast team discusses in the audio below:

Thanks for listening to our first episode of 2017. Catch up with On The Record via our playlist below. Recent episodes cover Conny Franko’s La Maga, Kait Berreckman’s Battle Scenes and Nebraska music’s 2016 in review.