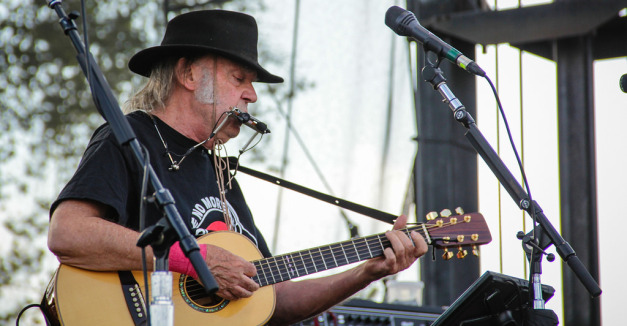 Earlier this month, we sent a crop of Nebraska music- and arts-related questions to all the candidates in our gubernatorial and congressional races. With less than a week until the general elections, it’s time we published the results. The only campaign we heard back from was Dave Domina, the democratic candidate for US Senate. Many thanks to Mr. Domina for taking the time. Answers below:

What role do you see music and arts playing in Nebraska’s future?

Music and the arts will play an even more prominent role in Nebraska’s future, and Nebraskans will be more enriched because of it. As the population’s ethnicity and culture changes, the music and artistic expressions will expand and be invigorated by its freshness.

If an out-of-state colleague asked you about the importance of original art and music coming out of Nebraska, how would you respond?

As I have done many times in the past, I would identify accomplished Nebraska artists and musical figures. A broad range of musicians from opera to jazz to tap dancing are automatic recitations. I would mention our contributions through direct support of the arts in composition and original works. I would recall George Catlin, Solomon Butcher and others. Our major art galleries would also be mentioned.

What was the last concert/show you attended in Nebraska?

Harvest The Hope with Willie Nelson and Neil Young, September 27, 2014.

Do you have a favorite Nebraska music venue and/or band? (And why?)

I suppose the Holland Center is my favorite, because it is my wife’s favorite.

And speaking of Harvest The Hope, Bold Nebraska released a video this morning of Neil Young performing “Who’s Gonna Stand Up” from last month’s anti-pipeline concert.

It’s a great visual synopsis of the day, with some choice B-roll from offstage activities and moments.

In case you missed it, we announced earlier this morning that Omaha’s Twinsmith has been signed to Saddle Creek Records. From our announcement:

After releasing the single “Honestly” from the Omaha indie rock band in 2013, Saddle Creek Records has signed Twinsmith to release the band’s second full-length. According to a press release, the new album is due out in the spring of next year, after recording sessions with Luke Pettipoole and Brandon Darner of The Envy Corps. Forming out of the defunct Betsy Wells two years ago, Twinsmith has become one of the larger names in Omaha indie music this past year for their showy, but mellow, stage performances and their sharp, topical style of melodic guitar rock.

Saddle Creek also announced this morning it has signed Philadelphia’s Hop Along. This selection falls well in line with the label’s tastes, as Hop Along’s music can be a wild, pleasantly demented take on folk rock.

KZUM kicks off the Halloween spirit a day early with the Devil’s Night benefit at The Bourbon.

The 11-band showcase takes place across The Bourbon’s two stages from 7:15 p.m. to about 1 a.m. Halfwit, Bogusman, Laughing Falcon, Plack Blague DJ set and Feeder/Gainer each have a spot on the bill. Costumes are encouraged, and horror movies will be projected on the venue’s big screen.

KZUM, on 89.3 FM in Lincoln, is Nebraska’s only community radio station. Each program is hosted by a volunteer and the programs vary from alternative music to blues to Native American music to Vietnamese community radio. Hear Nebraska FM, Hear Nebraska’s radio show that hosts weekly live guests, is on KZUM every Monday from 8-10 p.m.

The show is $5. All proceeds go to KZUM. See the full lineup and find more info here.

Lincoln Americana bands Jack Hotel and Weldon Keys take to The Zoo Bar tonight for $5. Weldon Keys said on its Facebook page that the band will play a more honky-tonk set than their typical distorted Americana rock.

It is both bands’ first show since playing Lincoln Calling two weeks ago. RSVP here.