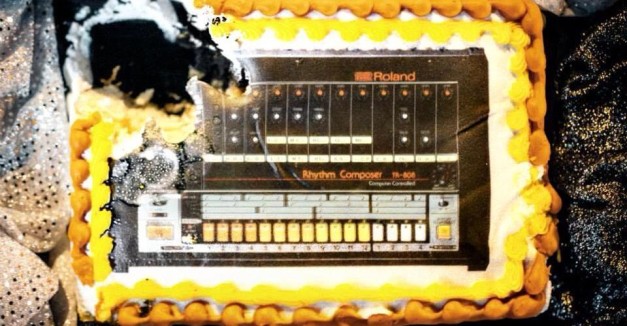 It’s out the urban electronic-focus label Seclusiasis, and the new music finds Keen — who performed as Touch People, The Show Is the Rainbow, Bad Speler and more during his many years in Nebraska — making a sizable, danceable and bustling ruckus. The four tracks feature a stream of both resonant and skittering electronic percussion. While this EP has been in the works for some time, Keen is very active on SoundCloud and is generous with his DJ mixes. Follow him here.

Check out and buy Roland Is My Copilot here.

Meadowlark Coffee’s plans to host a souped-up weekly music night just keep looking better for Nebraska and touring songwriters. The Sunday night series kicks off this weekend with Will Hutchinson and Xion.

The really significant shift for Sunday nights — because Meadowlark has hosted live music for years — is that the Lincoln coffee shop, located on 16th and South streets, will close down normal operations and transform into a completely music-oriented space. All ages, too.

We wrote about some of the details of the series last year, but here they are again from a recent Meadowlark press release:

“The espresso machine and grinders will not be used during the performances so there is no distraction for the musicians or audience. Last November, a fundraiser at the shop helped pay for the costs of updating the sound and light equipment to make the best experience possible. Those attending Songwriter Sundays will find themselves in a coffee shop transformed into a listening room, something more intimate than typical venues.”

Lots of talent here at Meadowlark! Stop by this Sunday night to catch the first installment of #songwritersunday

Yesterday, we noted See Through Dresses has a nice tour of Europe on the docket for the late spring, but this morning the Omaha band announced it will also open for Cursive on tour this March. They’ll zip around the Midwest and return to Nebraska with Cursive, as well. Not a surprising fit, as See Through Dresses’ Sara Bertuldo toured extensively with Tim Kasher in 2013 for Adult Film, as the bassist in his eponymous band.

Cursive, if you didn’t know, is touring in support of its The Ugly Organ re-release. Our Jacob Zlomke appreciates that album at length here.

Quick shout to the new Omaha hip-hop project LucidDreem, which released its first video/single this week. You can download the track here.

Shows are in long supply this weekend, and you can check out our full listing here.

We’ll quickly shout out The Sub-Vectors’ album release, which is Saturday at The Waiting Room. The instrumental surf rock trio is releasing its second album, Music on the Bones, alongside Life Is Cool, Edge of Arbor and The Decaturs. RSVP here. If you want a taste, we premiered a song from the new record on Monday. It’s below.