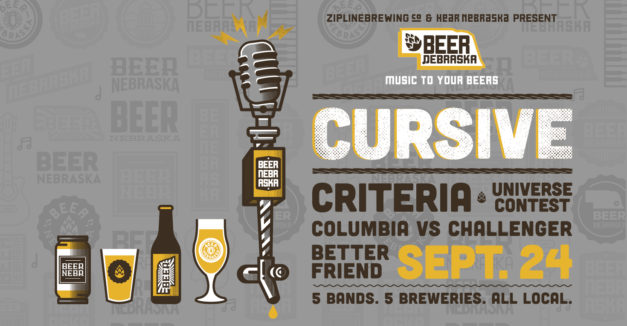 Cursive headlines the inaugural Beer Nebraska concert and beer tasting event Saturday, Sept. 24. Criteria, Universe Contest, Better Friend and, for the first time in seven years, a reuniting Columbia Vs Challenger will perform in the Lincoln brewery’s parking lot, 2100 Magnum Cir. The bands will be paired with five local breweries —Zipline, Empyrean, Blue Blood, Get Lost and First Street — which will offer a special creation specifically for the event.

“In addition to brewers and beer dorks, many of us at Zipline are musicians and music nerds, so this collaboration is a no-brainer,” says Zipline resident cicerone Craig Reier.

For Columbia Vs Challenger, this will mark the Lincoln band’s first show since waving goodbye from the now-defunct Box Awesome stage June 12, 2009. Founding member and current Powerful Science vocalist/keyboard player Joshua Miller says the band has been kicking the idea around for a couple of years, but is looking forward to making an original lineup reunion a reality.

“I expect it’ll be weird and challenging to put ourselves back into a headspace from 7 years ago, but that’s also probably the most exciting part,” Miller says. “We’ve all grown and can add our new experiences to our music.”

Neither Criteria’s Stephen Pedersen (a HN board member) nor Cursive’s Matt Maginn could recall the last time their bands played together. Pedersen is a founding member of Cursive.

All last week, the aspiring young musicians at Omaha Girls Rock engaged in workshops, presentations and lunchtime concerts. It all led to Saturday’s showcase, where newly-formed bands played to a celebratory Slowdown crowd.

HN inter Lindsey Yoneda was on-hand, snapping a few photos of the event. See them below. Omaha Girls Rock rolls on this week with session two and weekend showcase to follow. 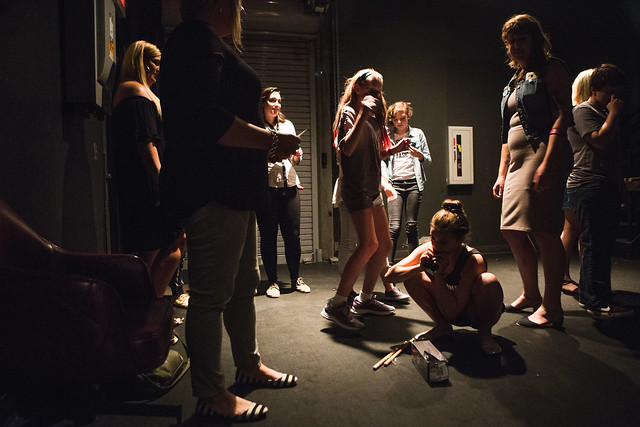 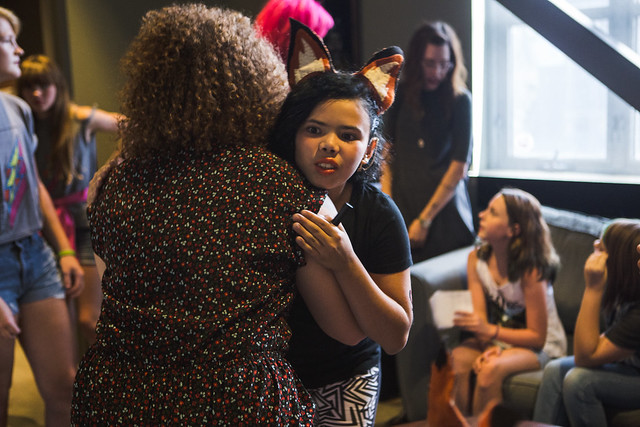 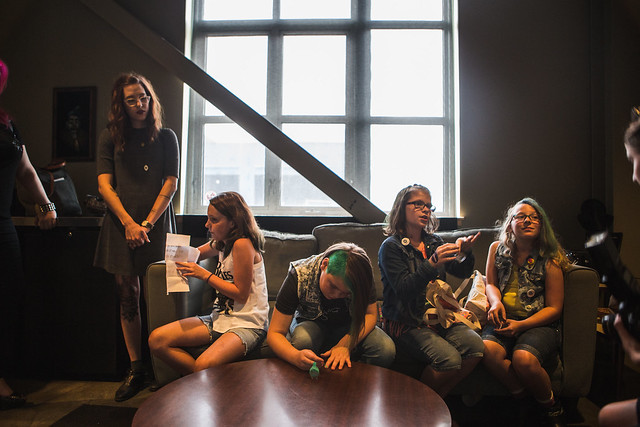 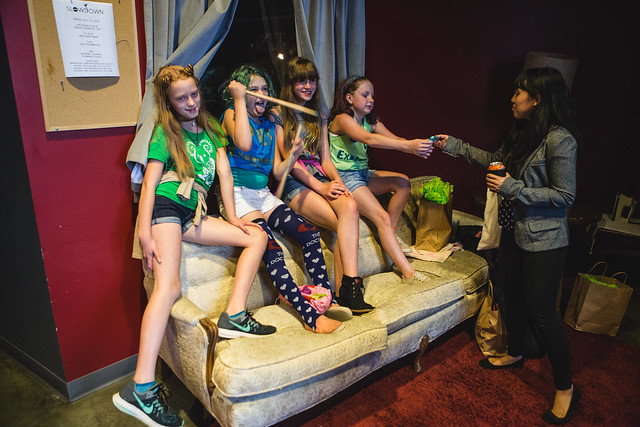 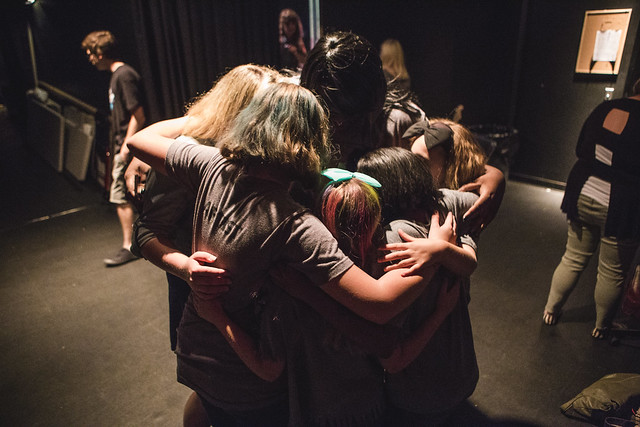 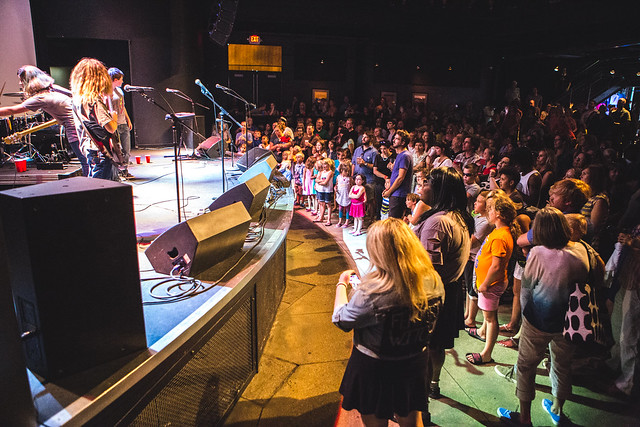 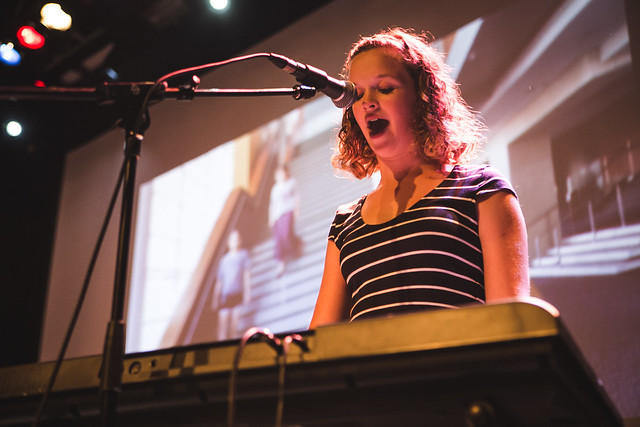 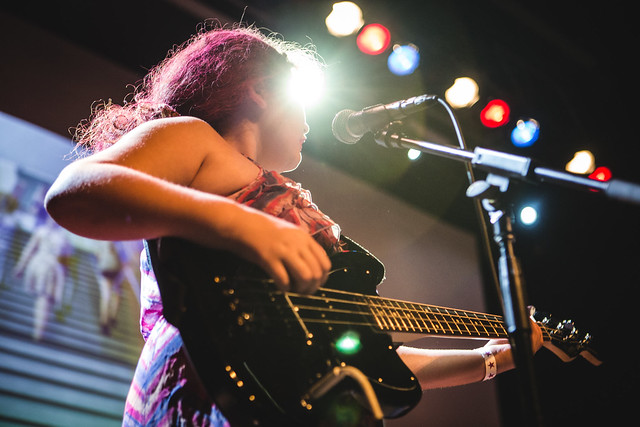 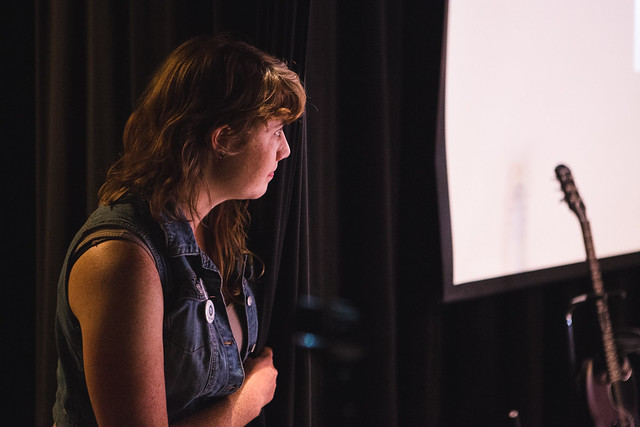 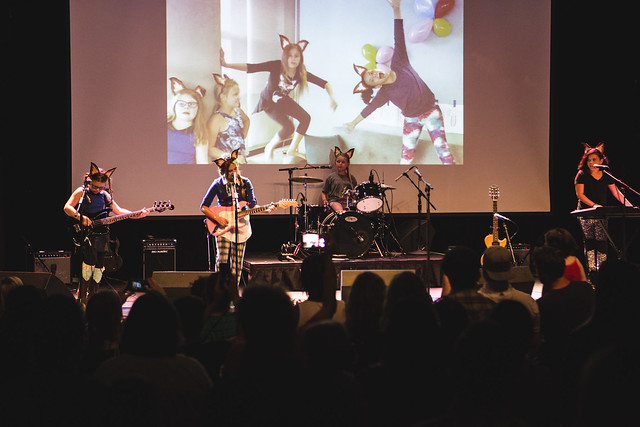 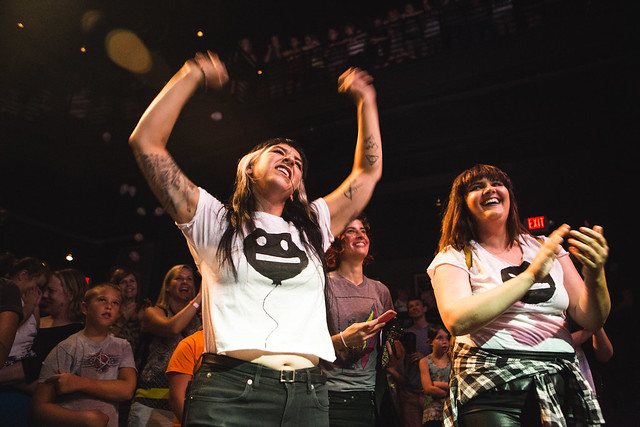 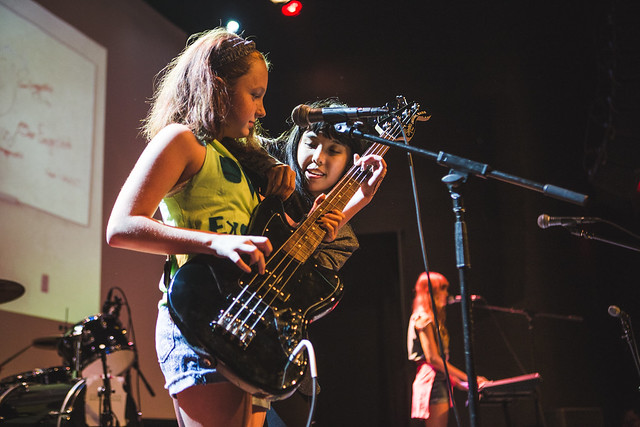 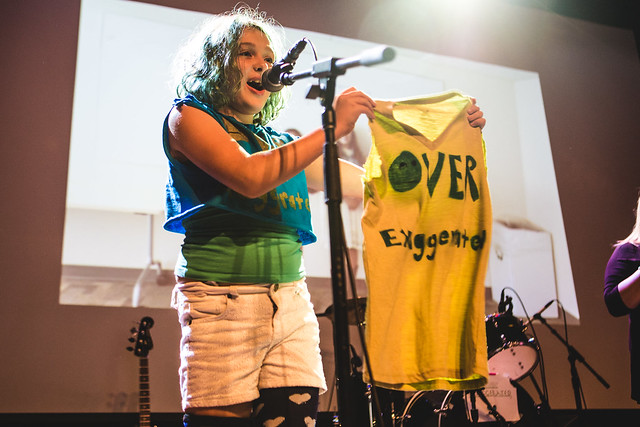 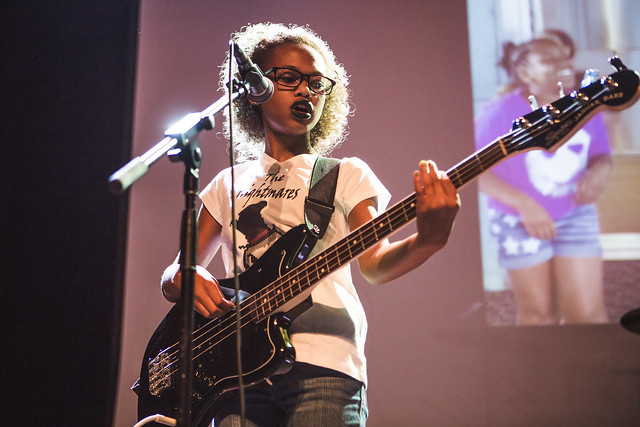 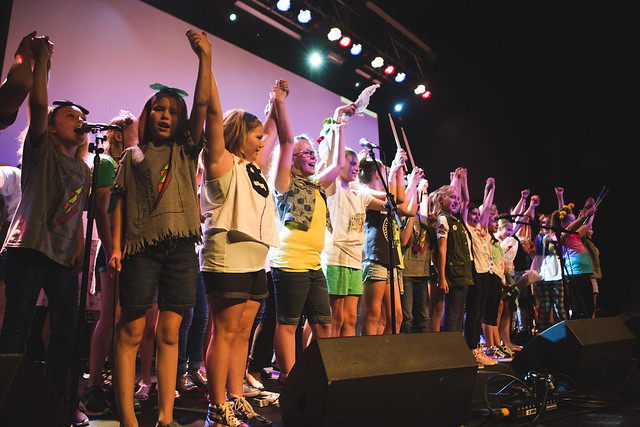 Friday’s Hear Grand Island was rained out, but indie rock band Briner played anyway, thanks to a last-minute re-route to Glass Bar. See HN Contributor James Dean’s photos below, and RSVP to this week’s concert — with Bed Rest and The Dilla Kids — here. 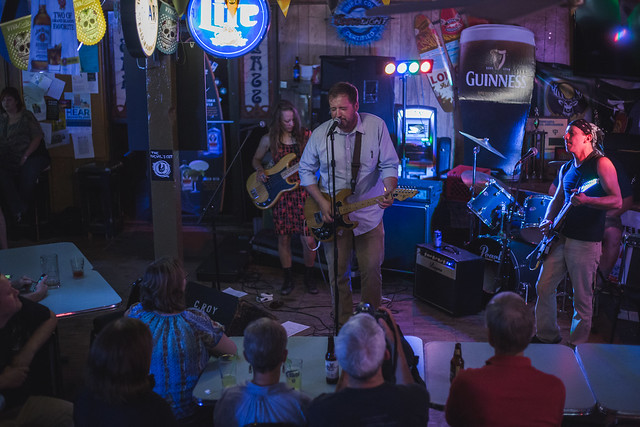 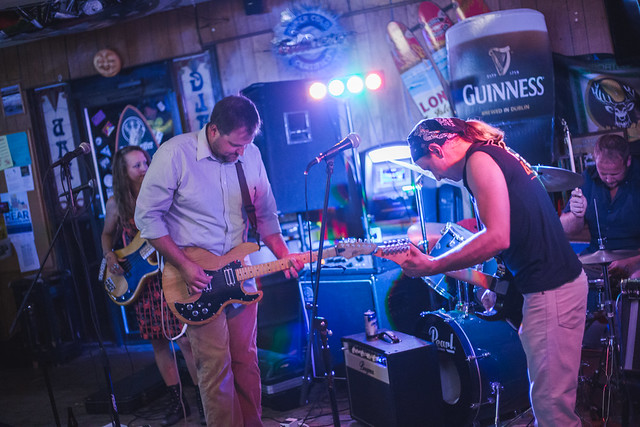 Dean was in Omaha the next night, grabbing a few shots of Omaha indie/soul band High Up’s concert aboard the River City Star. See those photos below: 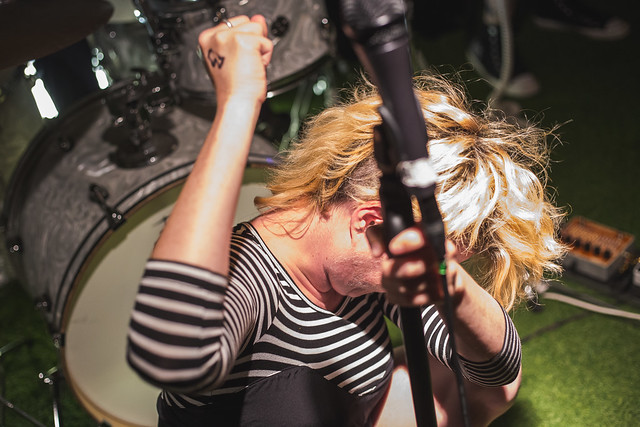 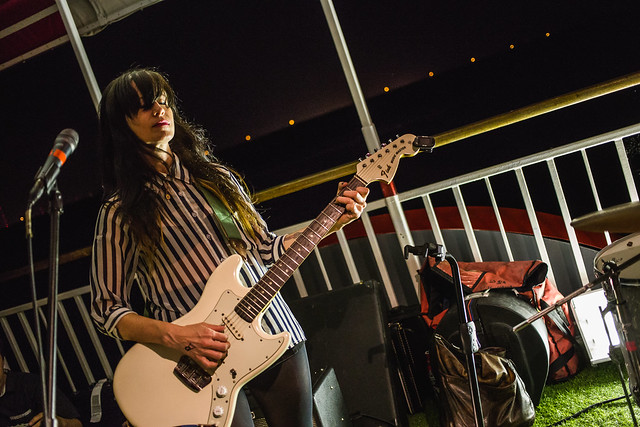 The 2016 Good Living Tour is finally here, and for HN Radio, that means a fresh playlist of tracks from the bands playing across Greater Nebraska during the next three weekends.

As the headliner for the first three GLT concerts (all of which are free, all-ages events), The Good Life leads our playlist with the first track from its 2015 album Everybody’s Coming Down. Also hear Lloyd McCarter, See Through Dresses, Rothsteen, Satchel Grande and many more. Listen at the top of the website.

Tune into 89.3 FM KZUM (or, outside of Lincoln, stream via kzum.org) tonight at 8 p.m. for Hear Nebraska FM. We’ll be joined by All Young Girls Are Machine Guns’ Rebecca Lowry to kick off Good Living Tour week with many of the same artists.

And around the corner, Columbus, Ohio rock band didi plays Reverb Lounge, 6121 Military Ave., with garage trio The Morbs and Ashland indie rock band The Way Out. See Through Dresses’ Sara Bertuldo interviewed the members of didi last week about its visually-oriented debut album and their involvement in Columbus Grrrls Rock. Read it here. Entry to the all-ages show is $7. RSVP here.

Find a fuller listing of this week’s shows at our statewide calendar here. Have a story idea, new music release or other notable goings-on? Email the details to news@hearnebraska.org.