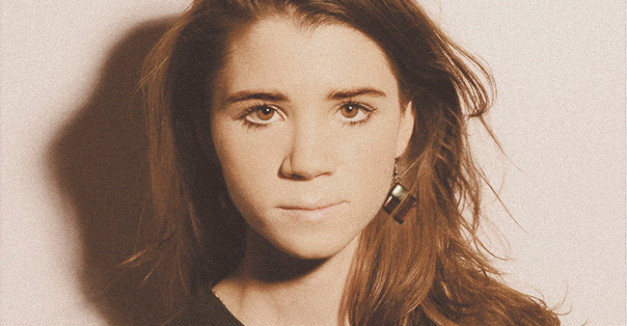 That train in the station is about to pull away. Your mind blanks amid your mad dash. Sweating and out of breath, you pass through the doors just as they close behind you. In that moment of exhaustion and relief, you look up at a complete stranger. They crack a knowing smile, glint in their eye. Boy, have I been there. Relief gives way to euphoria, and for just a moment, you have made a connection with that person as if they were kin.

Aly Spaltro, aka Lady Lamb, views these seemingly insignificant interactions as an essential crux of the human experience. In an age where faces are buried in smartphones, constantly barraged by information, she finds them quite cathartic.

“What seem like minor connections are actually really important because they ground you,” Spaltro says. “I think connecting with others, especially people we don’t know, has an extra special feel to it. I’m really inspired by those moments and that’s why they make their way into my songwriting.”

Originally from Brunswick, Maine, Spaltro has been a resident of Brooklyn since 2010, releasing a pair of LPs that explore these types of themes. Her most recent, After, came out in March on Mom and Pop Music. Currently on tour in support of the album, she plays Slowdown on May 4 with Rathbone and Twinsmith’s Jordan Smith (RSVP here).

After is chock-full of those tiny sorts of moments, blown up and stretched throughout the space inside her brain. She illustrates the aforementioned train scenario in “Billions Of Eyes.” In the song, she checks her phone for the time, admitting to being “confused about how I’m supposed to connect to anything now.” Shortly thereafter, the moment hits, and her smile meets those of the people on the train. She imagines how they all might “have inside jokes or call each other by nicknames.”

Musically, it is best to think of the album as a collection of moments itself, quite like the meaning Spaltro derives from the mundane moments across After. Her songwriting is much too dynamic to identify a unifying theme except for unpredictability, at least on first listen. Take “Violet Clementine,” where she starts a cappella, strikes up a minor-key folk jam on banjo, and then sways down into a kind of big-band swing duet with male vocals. Or “Heretic,” where she leads the listener on a romp, slows to a chant with an Interpol-like guitar riff, then approaches the closest thing to pop on the record during the hook. Even the choruses are fleeting.

Spaltro honed her unique songwriting style while employed at Bart & Greg’s DVD Explosion, just north of her hometown. After working the closing shift, she would retreat into the basement, crafting songs with acoustic guitars, banjos, and anything else she could acquire.

In this way, both Spaltro’s lyrical and instrumental styles wander far past the point of meandering. She placed her creative headspace on full display on her first full-length, Ripley Pine. She admits to floating around the point at times, challenging herself on After to sharpen her focus.

“I wanted to say what I wanted to say in a shorter amount of time,” Spaltro says. “It’s difficult to be direct … I’m not one for writing choruses and I wanted to challenge myself to write a couple for this album.”

She succeeds in this regard, most notably on the reflective and curious “Spat Out Spit.” It might be strange to think that, whilst peeling an orange, glancing at a yawning woman might spawn a life-changing observation. Spaltro is convincing, though, as her lower register hums, “It strikes me in this moment for the first time in my life how strange we all are.” She questions, during the big horn-powered hook, if she had been born asleep and “dreaming up a life” or if this is the one she’s really living.

If anything Spaltro has written can be described as straight-forward, “Spat Out Spit” fits the description. It’s as if, throughout the album, song structure and lyricism weave in and out of each other, missing at the point where both would either be easily digestible or too full of a plate.

Her work here breaks up the disorienting odyssey through truncated riff and tempo change, but it’s on the latter that she shines. At times, the album can feel like she might be throwing paint at the wall. Really, though, Spaltro draws the lines to guide the listener before promptly coloring outside of them.

“I think I’m just relaying how my brain works, which is looking at something simple … [which] triggers a thought, which triggers a new thought, which then goes into a deep cavern … “ Spaltro says. “That kind of thing inspires me and I think that songwriting is all over the album. Just observing something and thinking about it and getting onto a completely different topic that might be of deeper meaning.”