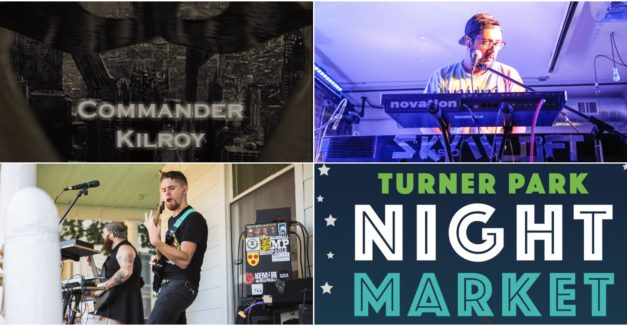 The album art of Commander Kilroy’s forthcoming third release depicts a vigilante overlooking a disheveled city as he dons a black-eye-covering mask. The self-proclaimed “superhero rock” band hasn’t returned to save the world from an apocalypse, but maybe just to restore a glimmer of hope.

“Sound the Alarm,” the title track from Commander Kilroy’s first LP since 2013 and today’s premiere, suggests society made a few wrong turns that could usher in the end of the world. But where some might hide away from an impending doom, Commander Kilroy has accepted their fate, inviting everyone to one last dance party.

Musically, the track is a sharp deviation from the funk rock that Commander Kilroy has built its name on, instead opting for a contemporary rock sound that could put “Sound the Alarm” on the same playlist as “Sex on Fire.” But as the dust of the chorus settles into the second verse, the urgent staccato riffing and frontman Casey Fink’s gravelly wail make Kings of Leon sound like the middle-of-the-pack finishers in a battle of the bands where Commander Kilroy takes home the gold.

While “Sound the Alarm” avoids any frivolous overproduction, the song still has enough muscle to sound like a grand speech to the hungry dance party crowd. Just after guitarist Dylan Fink’s solo washes over the audience like a pensive release from the chorus’s frenzy-inducing apex, Casey Fink makes the final lighthearted conclusion that everything will be okay, even as end draws near: “it’s our last night, but we feel alright.”

It was a beautiful evening Thursday, perfect for the launch of this year’s Stransky Park outdoor concert series produced by KZUM. HN intern Lauren Farris was on-hand as PANgea, the Lincoln Public Schools-wide steel drum band, played under the gazebo to a full crowd at 17th & Harrison.

The series, now in its fourth year with KZUM, features Nebraska artists at free, evening concerts every Thursday through Aug. 3. See the full lineup here. 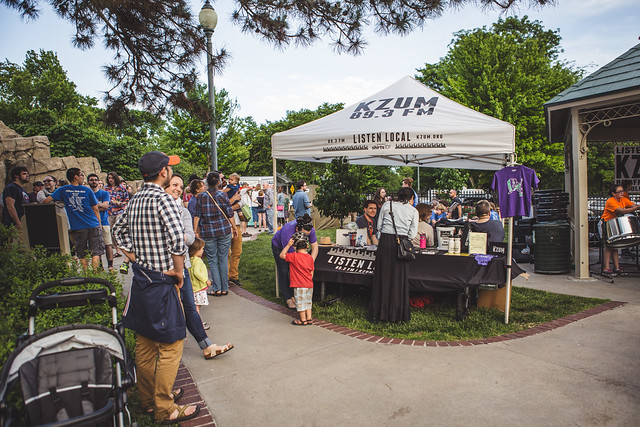 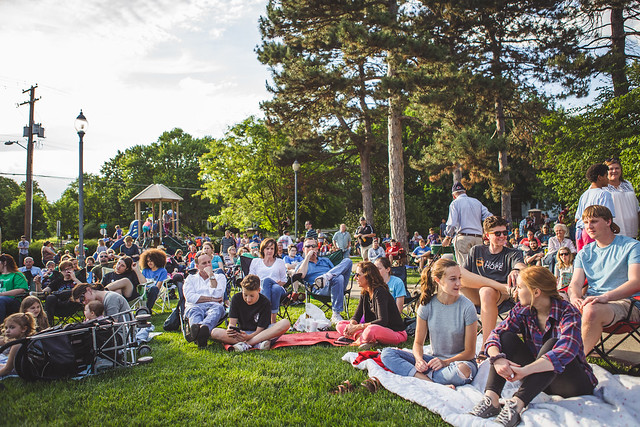 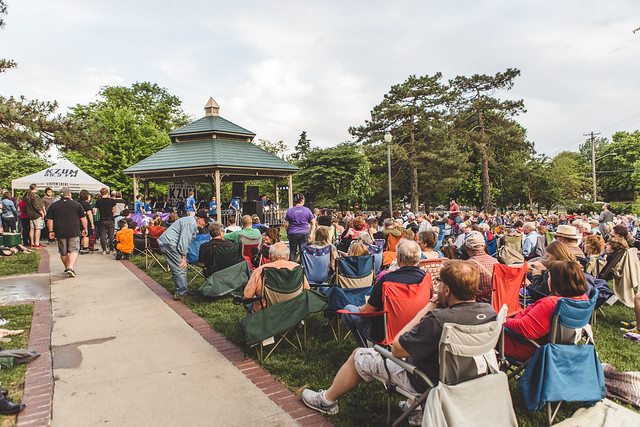 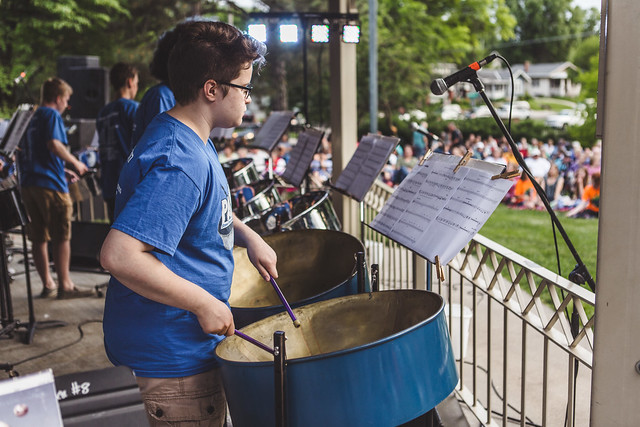 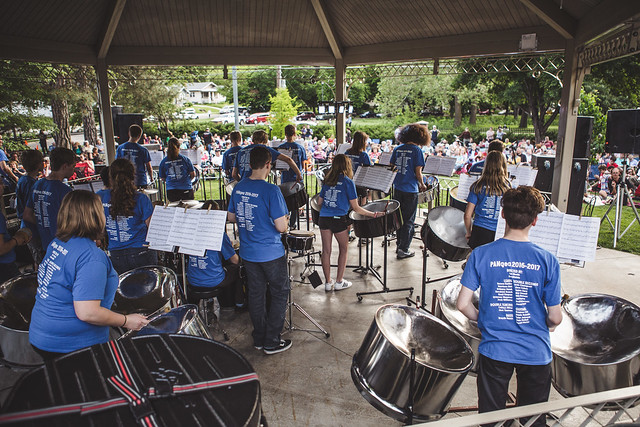 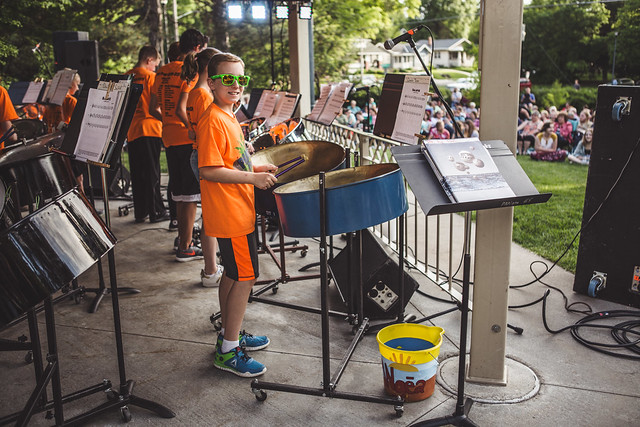 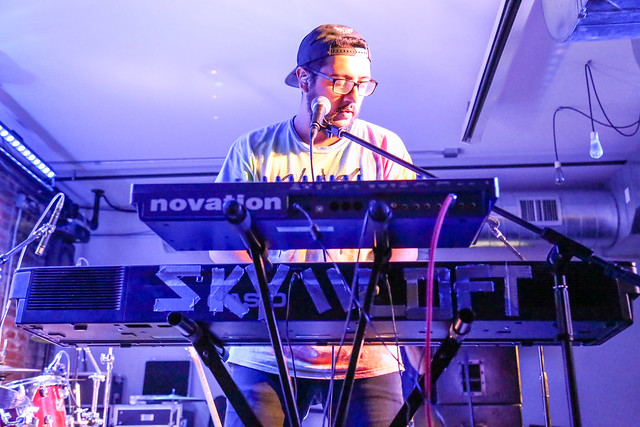 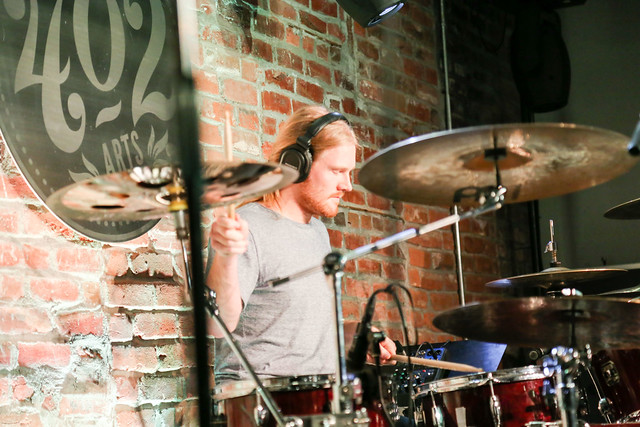 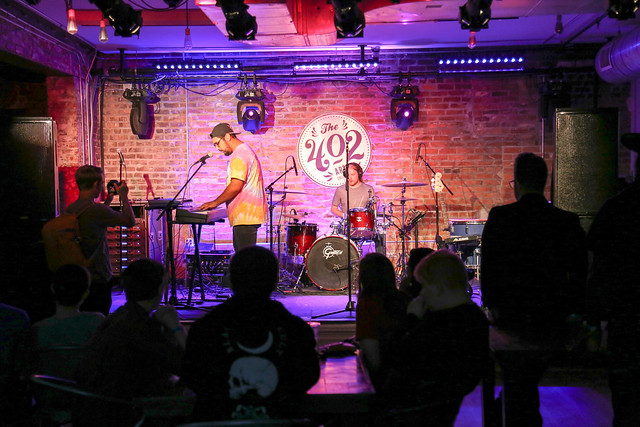 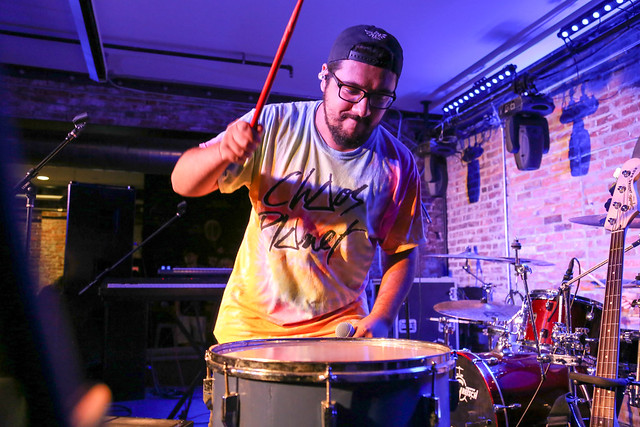 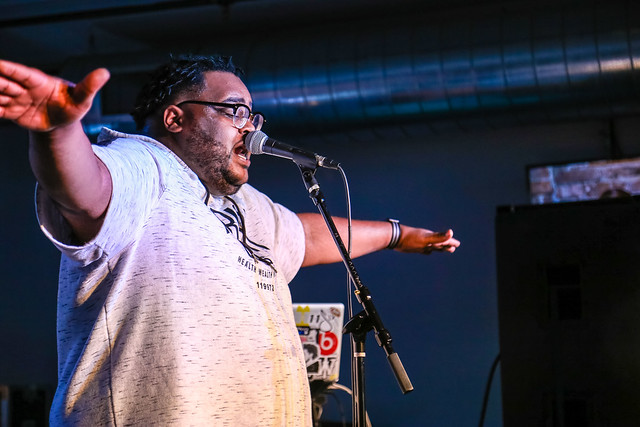 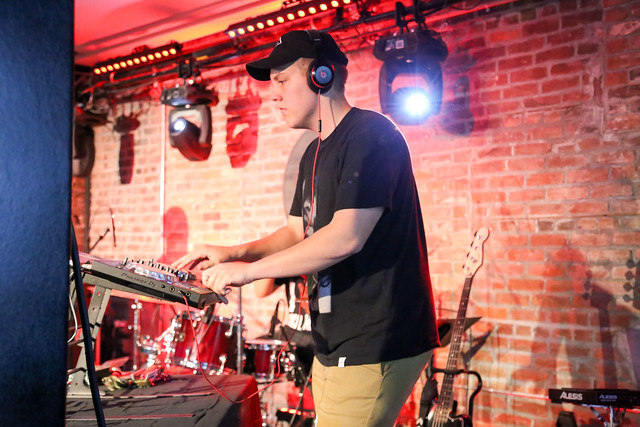 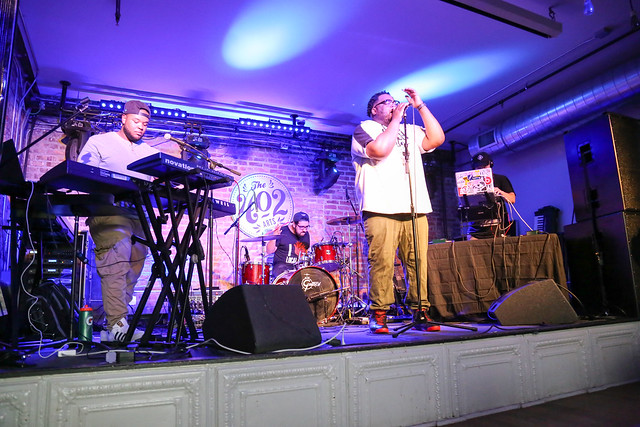 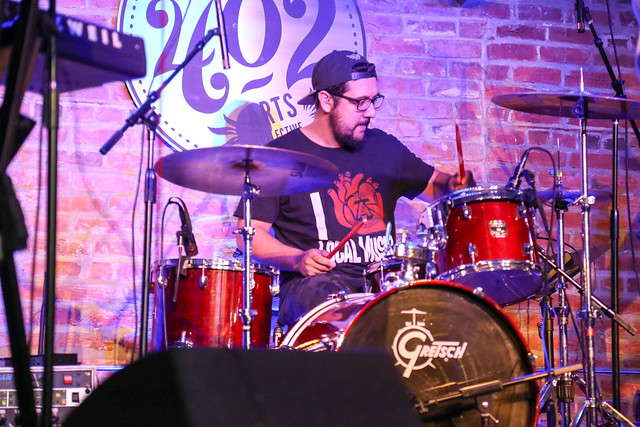 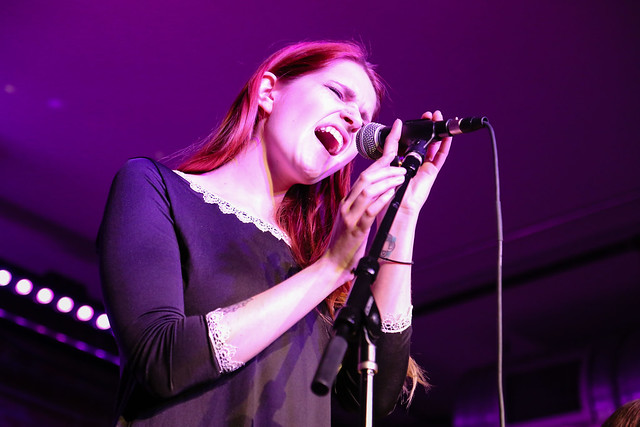 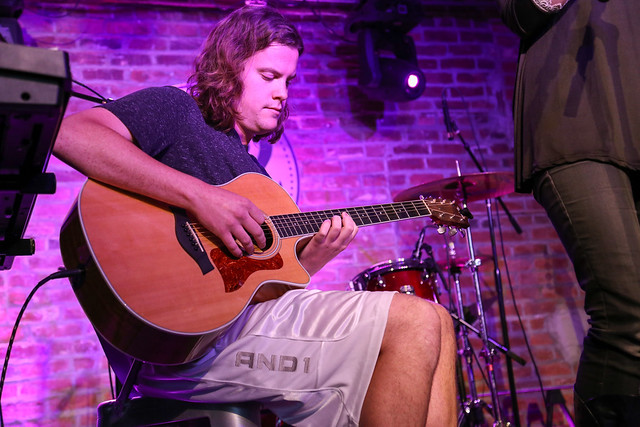 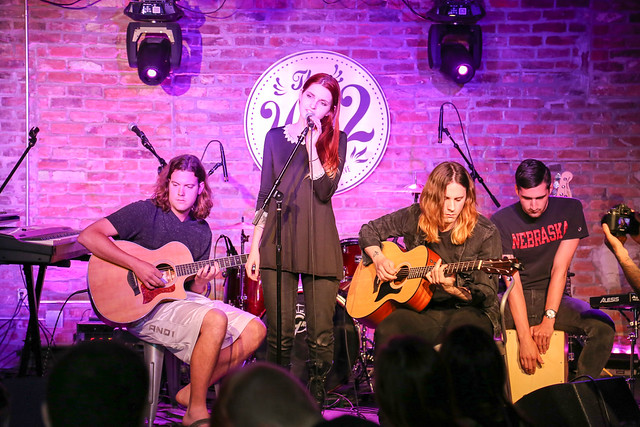 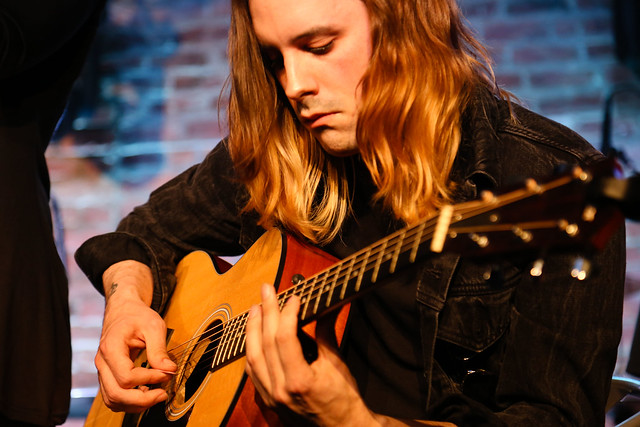 Here’s a look at what’s going on around the weekend. Quick notes: news will run Tuesday, May 30 because of Memorial Day. Find a fuller listing of weekend shows on our statewide calendar here and tell us where you’re going in the comments.

Salt Creek’s album release show at The Bourbon – The Lincoln indie rock band celebrates its debut EP Where Strangers Go, which is out today and can be found here, as well as most streaming sites. Recorded with Jeremy Schaeffer at All Poetic Audio, the album showcases the band’s melding of rural imagery and melodic rock. The Way Out, HAKIM and Jacob James Wilton open the show. 8 p.m., $10 (includes CD), 18-plus, RSVP here. —AS

Plastic Garbage is the doom/synthpunk duo of Emily Wynn (ex-Crayons) and Maya Khasin (The Morbs/Artichoke Hearts). The band, active since 2016, recently announced its inclusion in Chicago’s FED UP Fest, which is an “all ages, annual music festival dedicated to elevating the visibility of radical queer, trans, gender non-conforming, and intersex people in punk and hardcore scenes.” Through music, art and workshops, it aims to actively confront and challenge oppression and abuse in those scenes.

“We are excited to meet all the other cool bands on the bill, it looks like they foster a really great community there,” Wynn says of Plastic Garbage’s first out-of-state show. “There are so many talented queer and trans musicians in the Midwest and so many of them will be there performing or leading workshops.”

Great Good Fine Ok with Morgxn at Slowdown – Brooklyn’s Great Good Fine Ok has been generating buzz in the indie pop stratosphere since early 2013 when the duo dropped its breakout single “You’re The One For Me.” Since then, GGFO has played shows with Tove Lo, X Ambassadors and Joywave and collaborated on a single with The Chainsmokers. Now, GGFO is touring on the strength of their “III” EP, which dropped earlier this year, and they head to the Slowdown front room on Sunday with fellow indie pop artist morgxn. 8 p.m. show. $12, $14 day of show. All ages. RSVP here.