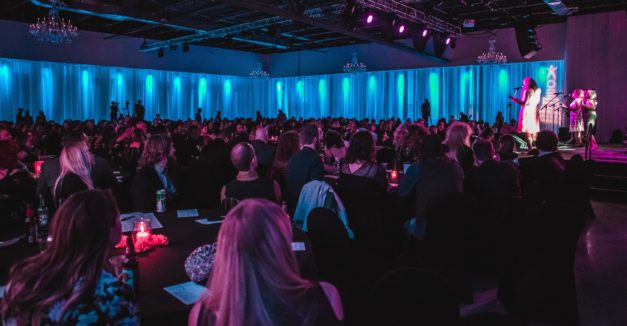 Omaha musician Mitch Towne accepted three awards at last night’s 11th annual Omaha Entertainment and Arts Awards — one of his own, for Best Jazz, sandwiched between two for bandmate CJ Mills, absent for wins in both Best Singer/Songwriter and Artist of the Year.

The “organ maestro,” as Towne’s bio video called him, ran to the awards podium at Omaha Design Center’s east side upon hearing his name. Like most speeches on Sunday, his was brief, but it appealed directly to the audience of his artistic peers and their admirers. 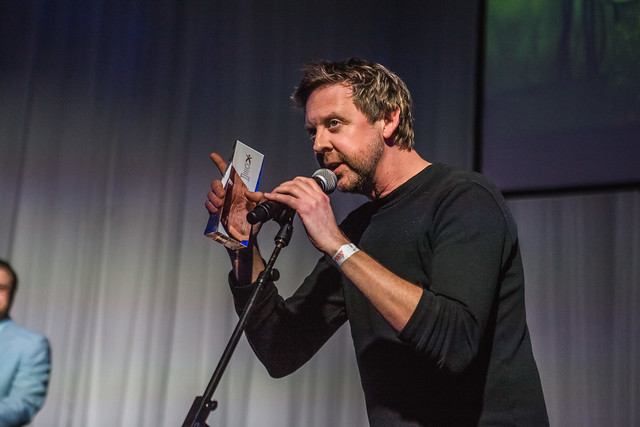 While it stressed the need for continued community support, the statement spoke to a fertile year enjoyed by Omaha’s creatives, which the OEAA’s celebrated last night for the first time at Omaha Design Center. Hundreds of artists, musicians, actors and fans packed the blue-lit, downtown banquet hall to take in the awards show and live performances by Dominique Morgan and Sack of Lions, the trio of Emily Ward, Aly Peeler and The Shineys and more.

In all, 17 musical acts received awards for accomplishments over the past year. Mills and Lincoln folk band Jack Hotel each took home two trophies, the latter in attendance for Best Americana/Folk and Album of The Year. They joined DJ Spencelove (Best DJ), Freakabout (Best Rock) and A Ferocious Jungle Cat (curiously, Best New Artist) on the list of Lincoln awardees.

A largely supportive crowd fueled last night’s positive atmosphere. All nominees in performing and visual arts and music were honored throughout the evening via four video bios, grouped according to the seasons in which they primarily performed or released new work. A cluster of awards presentations followed, with most awardees electing for short and sweet speeches thanking their crews, bands and, of course, mothers. 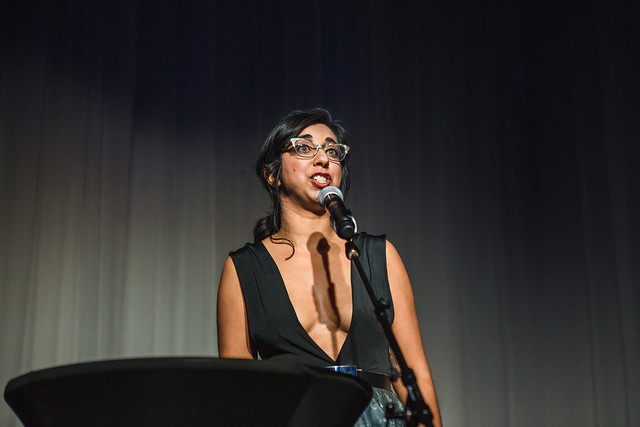 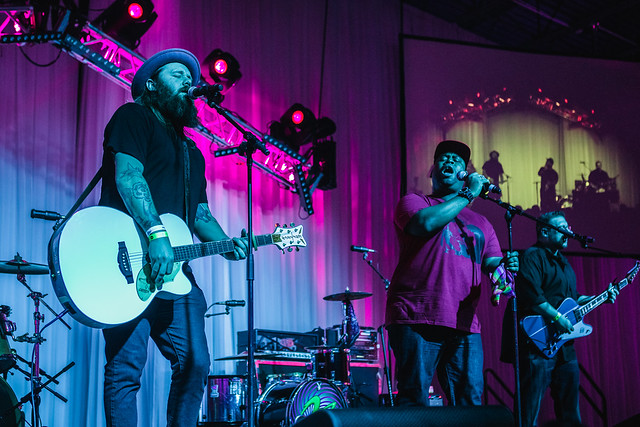 Dominique Morgan and Sack Of Lions perform during the OEAs 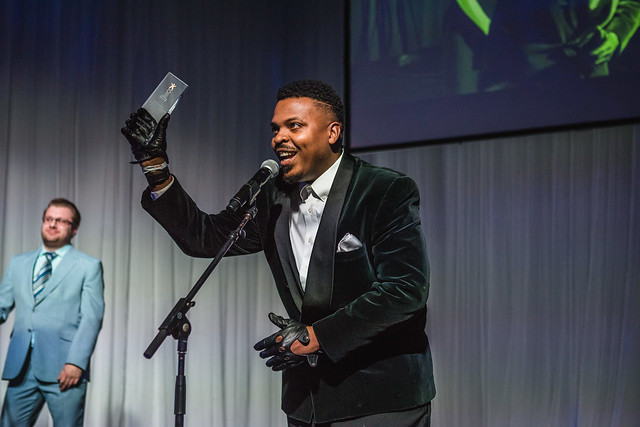 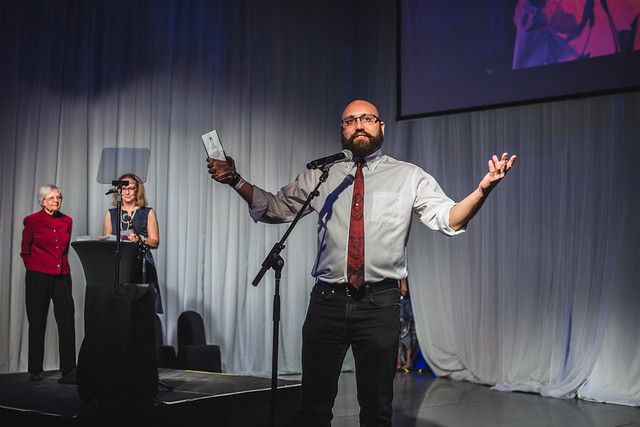 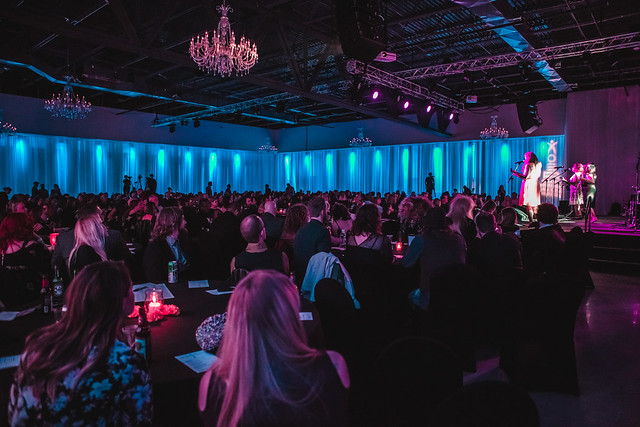 A crowd of hundreds watch Aly Peeler, Emily Ward and The Shineys perform an original composition 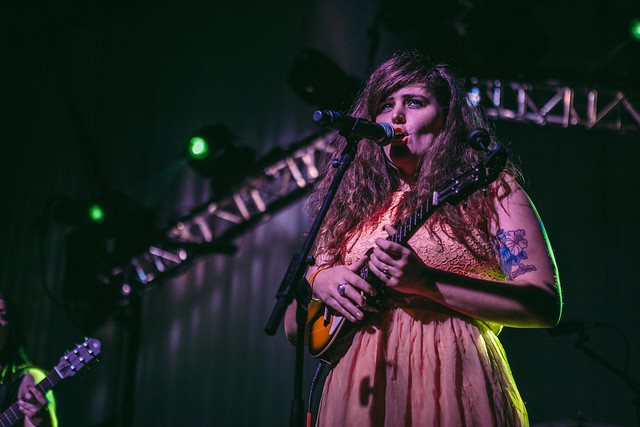 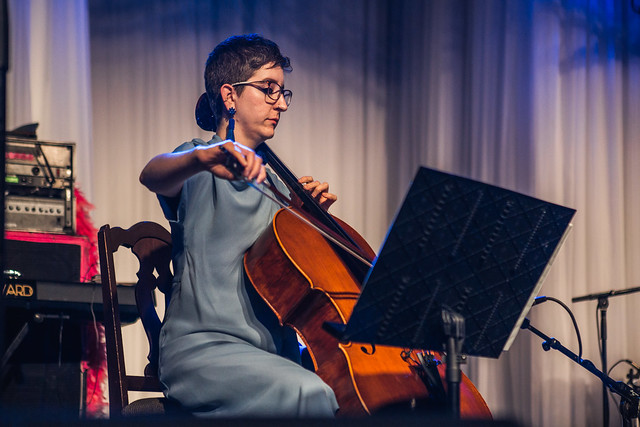 Hannah Mayer performs with actress Mary Kelly during the OEAs 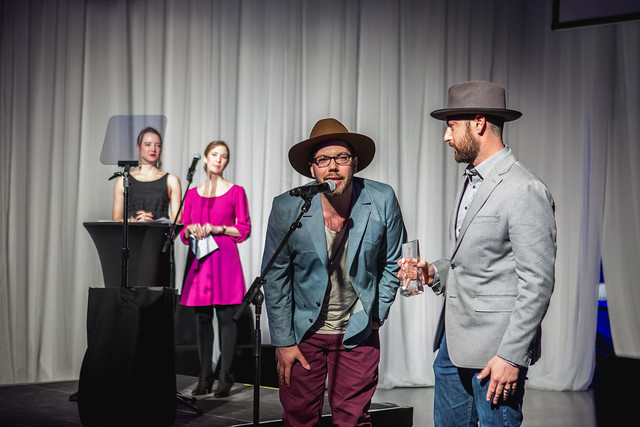 Omaha has long been nationally recognized as a Midwestern gem for its music. The reputation is backed by numbers too, as two of the city’s venues have been ranked among the world’s best.

Omaha’s Orpheum Theater and Holland Performing Arts Center have been ranked among the world’s top venues according to online publications Pollstar and Venues Today.

Pollstar ranked the Orpheum Theater at 46th in the world for ticket sales while the Holland Performing Arts Center was ranked 119th. Venues Today ranked them 4th and 17th respectively in the “Top Stops” category, which highlights the best venues in the US.

Omaha Performing Arts president cited the various kinds of elite acts which perform at the theaters as the reason for successful ticket sales. This Friday, for example, the Holland will host Ben Folds performing with the Omaha Symphony, to be followed in a few weeks by the Broadway musical Jersey Boys at the Orpheum.

On Pollstar, the Orpheum ranked just over 20 spots behind the Fox Theater in Oakland, California, and the Holland landed just ahead of Denver’s Paramount Theater.

Jacob James Wilton is Super Ghost frontman Jake Newbold’s new solo project. He appeared live on Hear Nebraska FM for an in-studio performance and interview, which can be revisited here. Newbold and Good Morning Midnight are currently on tour through the Midwest. 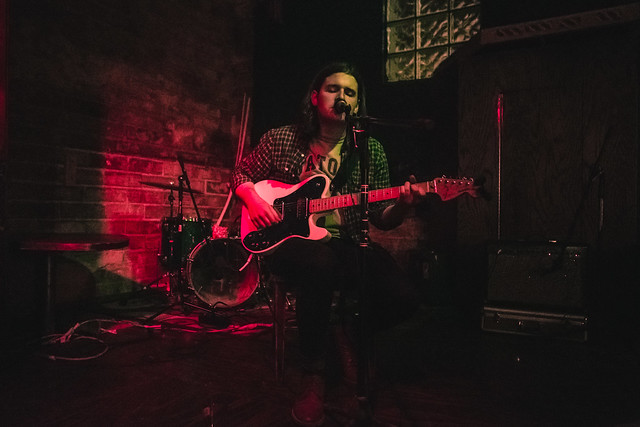 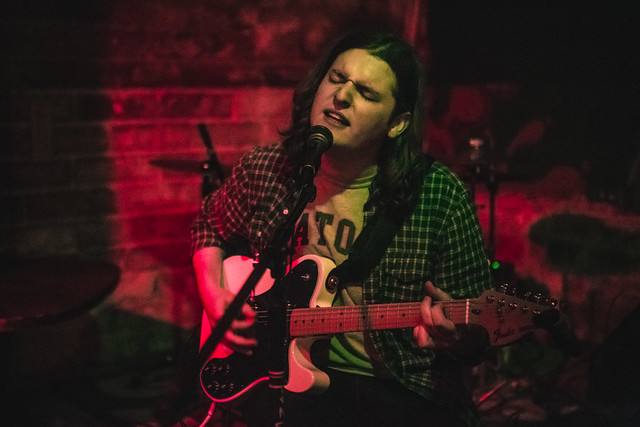 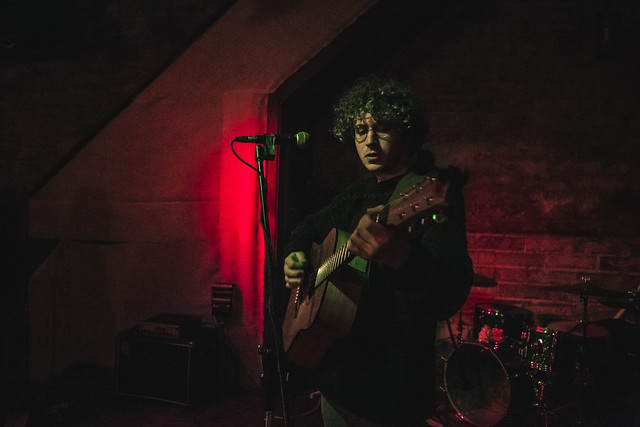 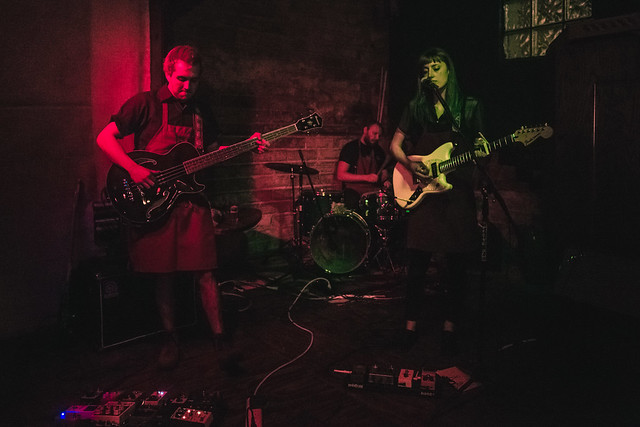 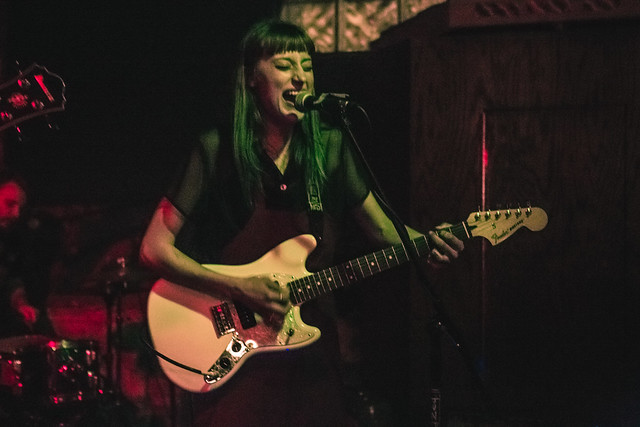 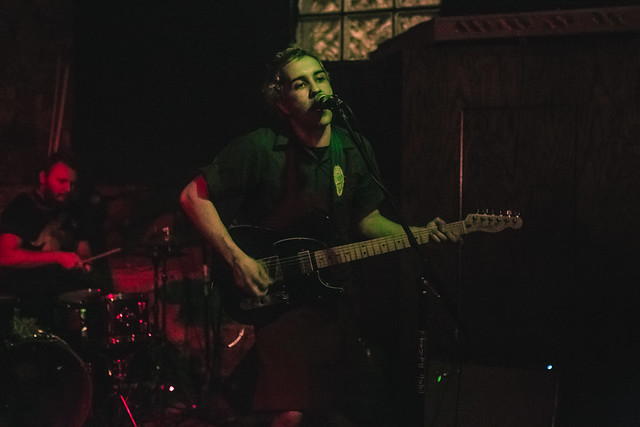 Unmanned released its debut LP Night Friends last year, after five years as a band. The four-piece (formerly called Powers) has finished the sophomore follow-up and expects to release it this year.

Kansas City-based Hyborian also expects to release a full-length of its own at a show next month. It enjoyed a pair of song debuts in national metal outlets Decibel Magazine and MetalSucks.com last week; find them here and here. 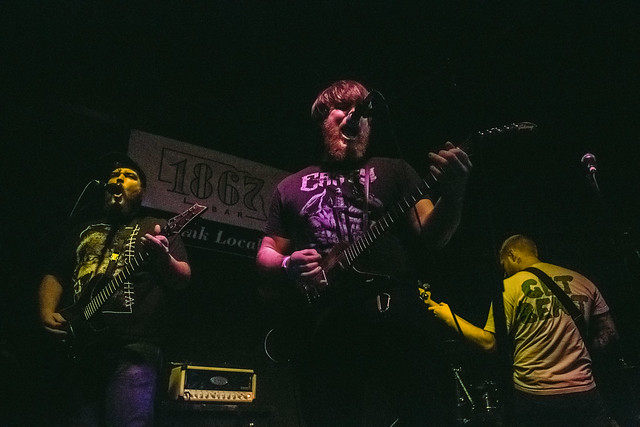 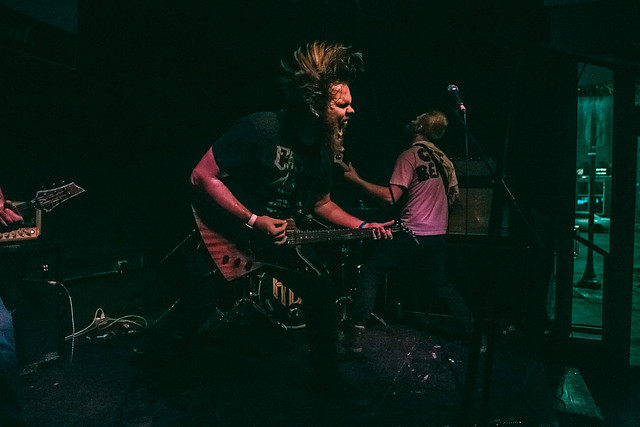 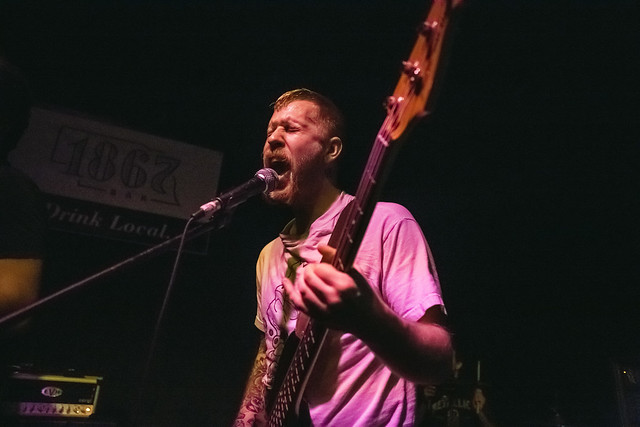 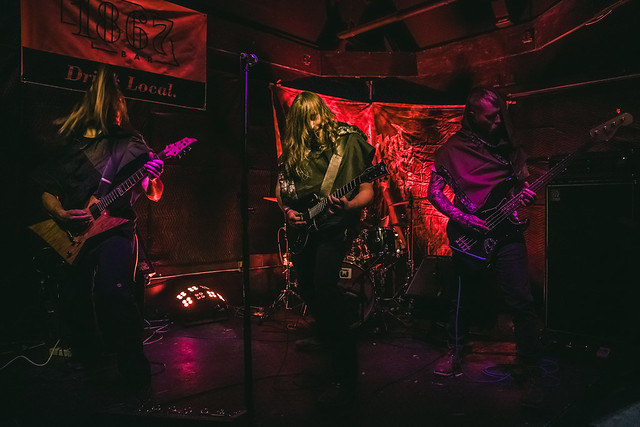 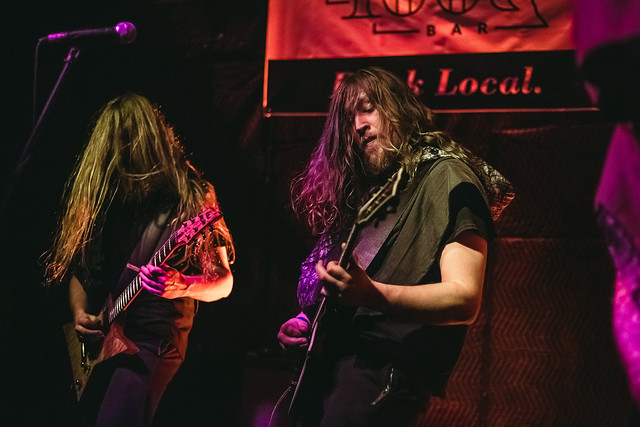 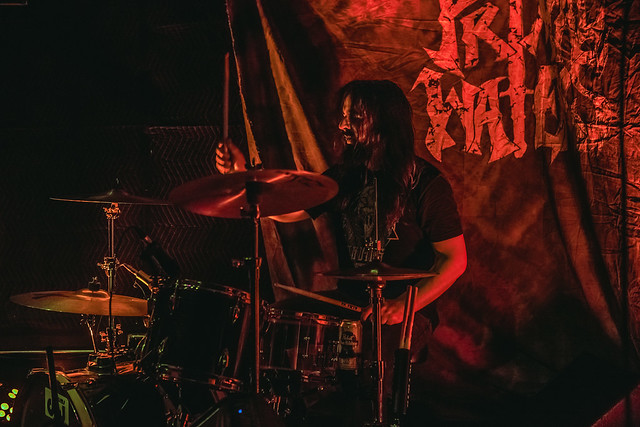 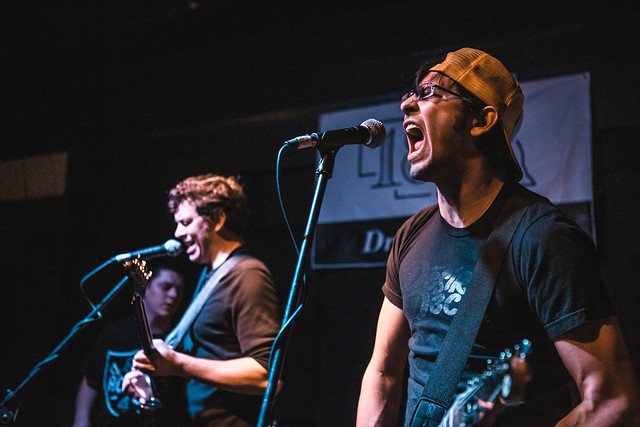 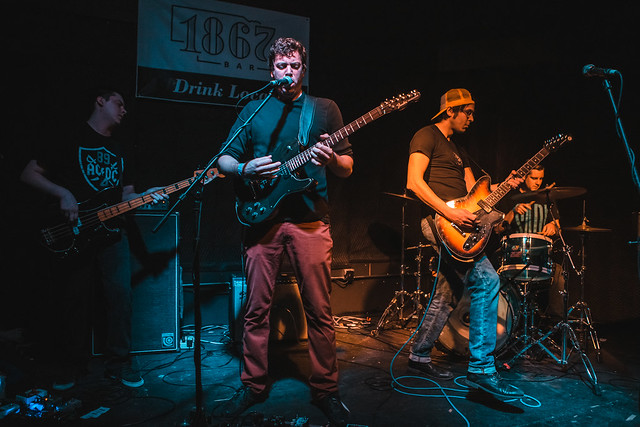 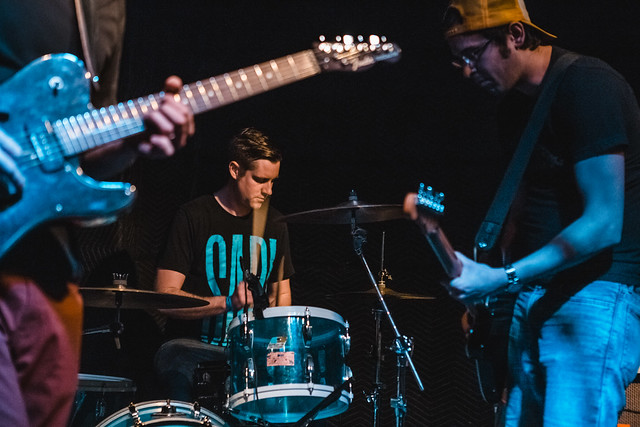 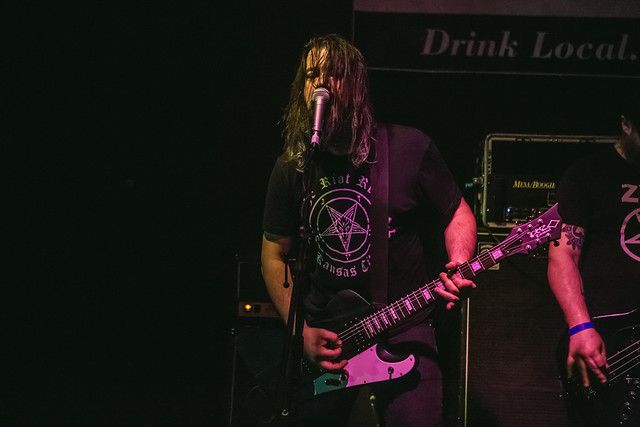 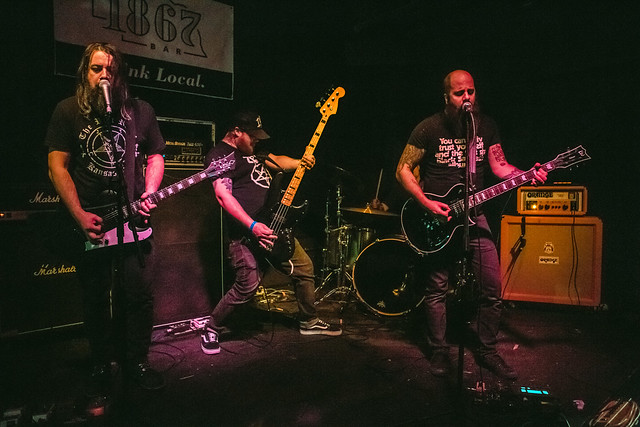 Also tonight: The Barley Street Tavern hosts “Game Of Songs,” an open mic challenge with an added element of competition. Participants in the competition pay the $3 entry to play two original songs (no covers). A panel of judges picks three finalists to perform one more song. The winner takes home the cash. Those not interested in competing are welcome to sign up and play for free. 8 p.m. start, sign up in person or via the Facebook event here.

Plan ahead for the coming week with our statewide calendar here. If you do not see your show or one you plan to attend, email us at news@hearnebraska.org or add it yourself using the Contribute feature here.

Looking for coverage for your upcoming tour, new music release or other goings on? Email the details to news@hearnebraska.org.