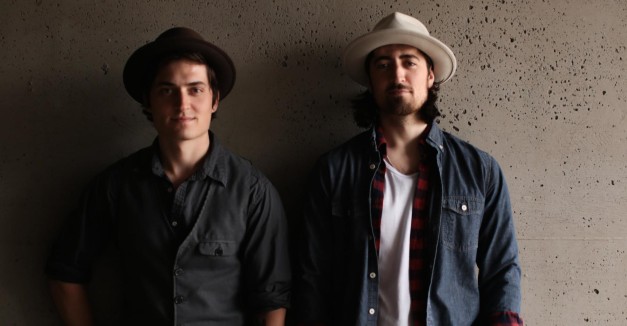 Entering its 15th year, the Meadowlark Music Festival tags itself as Nebraska’s premier offering for chamber music performance, both vocal and instrumental.

Starting Friday, it’s a run of six July shows in three different Nebraska communities — Lincoln, Grand Island and Hastings. Buy tickets here. Find the full list of shows below, including feature story excerpts on a few of the performers. Those come courtesy of the festival organizers.

These summer shows are the primary undertaking of Meadowlark’s eponymous non-profit, which seeks to expose diverse audiences to chamber music as a both a cultural and educational experience. Fittingly, children under 16 are admitted free to Meadowlark shows. Tickets are $20 to each performance for adults, or you can buy a season pass here for $50.

Story excerpt: “François Rabbath’s playing style is as unique as his background; Rabbath has become world-renowned innovator virtuoso for the double bass, famous for not adhering to traditional playing styles and limitations. Born in Aleppo, Syria, Rabbath was brought up in a very musical family. ‘I discovered the bass thanks to my brother Elie. I fell in love with this instrument, and so I decided that it was she who would help me earn my living,’ said Rabbath.”

Press release excerpt: “Violinist Anna Vayman, originally from St. Petersburg, Russia, will perform with British cellist Peter Opie and Lincoln’s own, pianist Mark Clinton. Anna was the Associate Concertmaster of the Kirov Symphony under Valery Gergiev, one of the greatest conductors of the 20th Century, and has performed as a soloist across the globe. Peter has performed with the Detroit and Philadelphia Orchestras and performs duos and trios regularly with Anna. The trio will perform celebrated works of Brahms and Mozart.”

Press release excerpt: “Violinist Christian Howes, perennially listed as one of the greatest jazz violinists in international jazz publications such as JazzTimes and Downbeat, will bring his Southern Exposure Quintet to perform pieces from Spain, Brazil, and Argentina.”

Story excerpt: “‘Singing at its best is the combination of the soul of the singer with the soul of the composer.’ Fulmer studied music with iconic composers, historians and theorists at Princeton University. She has since had several records acclaimed by the Washington Post praising her beautiful soprano voice. Fulmer is currently Associate Director of Opera at the University of Wisconsin-Madison where she has been celebrated with both the Vilas Associate and Chancellor awards.”

The rock trio of percussionist Dave Marks, bassist/synth player Eric Medley and guitarist/keyboard player Mike Ropp first met while playing in a group called The Young Executives. The new record, Analog Inn, is their first set of new material in more than 20 years.

Each member recorded parts of the album on their own, and Medley mixed everything at his studio in Charleston, South Carolina. Doug Van Sloun at Focus Mastering placed the finishing touches.

Analog Inn is available now via Tremulant Records. Check out the video below for the album’s first single, “Sine Nomine.”

Thursday’s live music slate kicks off at noon today as Routine Escorts plays Hear Omaha. The inaugural 13th and Howard concert series has had a rough go of it so far, with three of the five dates rescheduled because of rain (thankfully, we seem to be safe today.)

As for Routine Escorts, they did a Q&A session with HN earlier in the week on the expanded scope of their sound and working with producer Clark Baechle. Read the entire Q&A here. Hear Omaha is sponsored by the Greater Omaha Chamber and local businesses.

Tonight at Reverb Lounge, The Talbott Brothers play an album release show for Places, which dropped June 29. RSVP here. The Imperial-bred brothers moved to Omaha a little more than a year ago and have focused more intently on the rock side of their sound in recent releases. The Talbott Brothers play the Imperial stop on our Good Living Tour on Friday, July 17 with See Through Dresses and The Bottle Tops.

For a full listing of shows, check out our statewide calendar at hearnebraska.org/events. As always, feel free to email us at news@hearnebraska.org with show additions, news tips and story ideas.