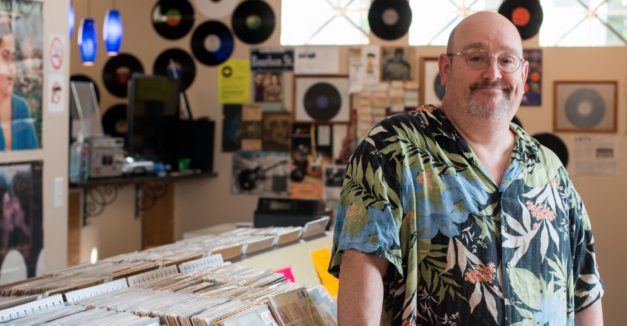 In the 1980’s, Doug Frank worked at Budget Tapes and Records, a record store in Scottsbluff, Nebraska, before becoming a speech and debate high school teacher. During his 28 year teaching career, vinyl sales dropped due to the booming technological advancements that changed the way people listened to music. Then vinyl sales grew in 2007, up 15-percent from the previous year leading into the revival of vinyl and the creation of Record Store Day in 2008.

Charged by the distinctive sound quality filled with pops and hisses that digital music had erased, vinyl sales shot up making over $416 million in 2015, the highest percentage of sales since 1988 according to the Recording Industry Association of America (RIAA). It is this regenerated attraction that drove Frank to open Black Circle Records.

“With the renewed interest in vinyl by people of all ages, it just seemed a good time to get back in the game,” Frank said. “It pretty much boiled down to finding this building, getting a lease that would improve the chances of making here, and finding used stock and a retailer for new releases.” 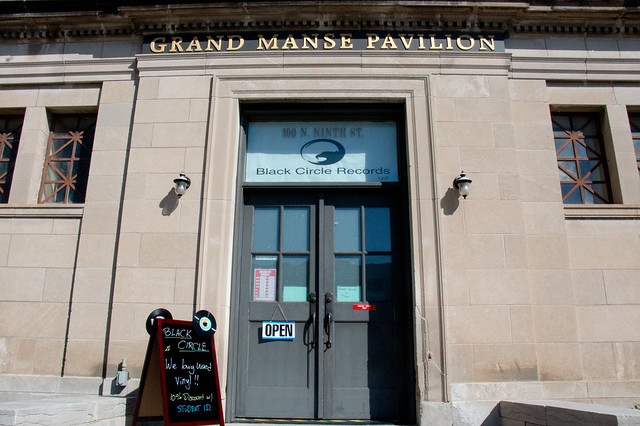 The 1924 limestone building next to the Grand Manse Pavilion was originally designed to be a public comfort station — a restroom — but any shades of that are long gone. Incense burns on the front desk, tapestries alongside posters and album covers are plastered about and soulful rock music drifts through the background. The 6,000 records that Frank found at local estate sales, auctions and garage sales line the walls in dozens of plastic tubs atop tables.

Word of mouth, publicity in print and on TV have brought people in through the door that you have to “push hard on!!” (with two exclamation points) to find a newly released album or to just casually browse. In addition to a wide variety of available vinyl records, Black Circle carries different styles of record players. Sales have slowed in January due to the hangover effect of the holiday season, but Frank remains optimistic due to plenty of customers visiting in daily.

Sitting just overhead the vinyls, record players and wafting incense inside the store is a 100-person capacity roof, where the store has hosted all-age shows, weather permitting. Frank predicts that rooftop shows will begin around Record Store Day in April. He hopes to give exposure to local bands, especially the younger groups.

“I just remember what it was like as a young musician trying to find a place to play,” Frank said. “Without that experience, bands just play in garages, freaking out neighbors. If I can give beginning players a chance and a place to play, why not? Pay it forward.” 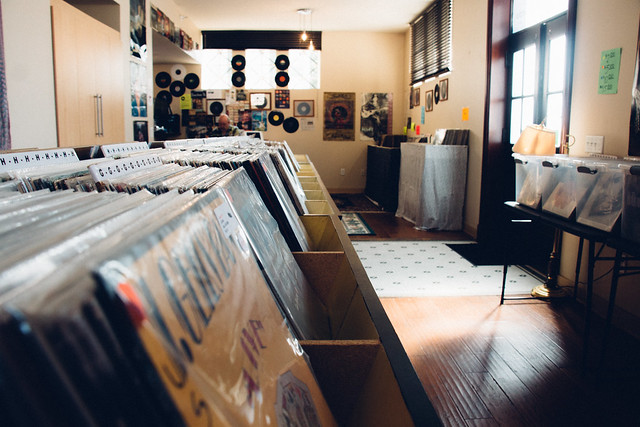 Frank says Lincoln has been nothing but supportive since opening due to the close-knit music scene. He says that Black Circle has been referred by other record stores, and he will refer customers to Backtrack Records, Lefty’s Records or other stores if he does not have what the customer is looking for in stock. because to him, it is good for people looking for albums to have as many choices as possible.

“I was looking for a location that was downtown and also close to the university (for the record store), and this locale solves both those issues,” Frank said. “From that point on we’ve been open and having a pretty good time!”

Quite unlike the torrid clip at which its songs rock, Lincoln band Halfwit seems to produce them at a fairly regular pace, releasing its latest batch of new music every few months.

The fast-riffing quartet is back again with a pair of new EP releases today via its Bandcamp page. Both were recorded at the band’s Jamnasium Studio and mastered by the ubiquitous Doug Van Sloun.

Each of the three-song sets was recorded in a different session, thus their separate release, according to guitarist Kevin Waltemath. Part 1 features Halfwit’s trademark relentlessness, with opening and closing tracks “Do Your Best” and “My Life As A Wizard” establishing and digging into breakaway riffs. Part 2 carries equal weight, but slows things down a little further and allows more space for melody.

The band also released a video for “Do Your Best”; watch below:

Indigenous AK’s new album YaYaYa is full of pleasant surprises. The beats are heavy, laden with dense lyrical content sung by the bold but relaxed voice of the Lincoln rapper.

The album, released on January 30th on Righteous Hand Records, starts off boldly with “Ronin,” which features a bit-crushing, computerized beat which soon sinks beneath a soft piano part. The first big twist comes about a minute into the album’s second track, “Ya,” when the beat drops out unexpectedly, leaving the listener with a swelling song that sounds like it’s swirling in from the next room over. In the final track, “YaYaYa [Outro],” AK testifies to the dichotomy of being a powerful voice of reason with a regrettable past, saying “I’m not a rapper, I’m a menace to society. I’m a terrorist, a scholar of the hard knock. Been through a lot of drama that I don’t like to talk about.”

This is Indigenous AK’s second full-length album, coming two years after Dead Poet. The rapper has done features with other local hip hop acts such as Sleep Sinatra, Chris.topher and Hakim.

“YaYaYa” can be purchased on Righteous Hand Records’ website.

There has been a burglary in Gifford Park and an up-and-coming Omaha band is the victim.

A batch of High Up’s debut cassettes was stolen earlier this week. According to the band’s Facebook post, the tapes were delivered on Monday to the home of trumpet player/guitarist Orenda Fink and promptly snatched from the porch. The band asked followers to keep an eye out:

“If you happen to see our tapes floating around, or a box of tapes in a dumpster or floating down the Missouri, snag ’em for us, would you?”

High Up added that any orders of the tape from Team Love Records will be filled. Find them here.

If you happen to spot them, email us at news@hearnebraska.org or hit the band up via Facebook.

See Through Dresses will hit the road again this Spring, announcing tour dates for the end of April through early May. The Omaha post-punk act is slated for seven midwest dates with Brooklyn indie pop band Charly Bliss. The jaunt is part of a larger tour for Charly Bliss, which just signed to Barsuk Records and will release its debut album Guppy on April 21.

See Through Dresses recorded last year at ARC Studios in Omaha. The band is expected to release their sophomore full-length this summer on North Carolina punk label Tiny Engines.

Before all of that, the band plays Duffy’s Tavern Friday, Feb 24 with Walk By Sea and Better Friend (RSVP here) and O’Leaver’s Sunday Social on Feb 26 with Lodgings and Cloud Feeder (RSVP here).

Omaha indie rock band Twinsmith has announced a handful of midwest tour dates for this spring.

The four-piece is no stranger to life on the road, having done midwest shows with Wild Child in 2016, as well as 75 dates throughout the country in 2015 with the likes of Reptar, Broncho, and fellow Omaha band Cursive. The band laid low for the better part of 2016 to write and record a new album which has yet to be officially announced, but is expected soon.

Clark & Company has been given the runner-up prize in the 13th annual International Acoustic Music Awards. The Omaha act entered their song “Something” into the open category of the contest.

“We were very honored to find out our song ‘Something’ won runner-up for the open category,” said songwriter Sophie Clark. “I’m very humbled to see our song up there with some of the greatest international talents.”

The first prize in the open category was given to Joel Ansett’s “Turn To Gold.” Clark & Company now awaits the results of an Omaha Arts and Entertainment Awards nomination for Best Jazz, which will be announced later this year.