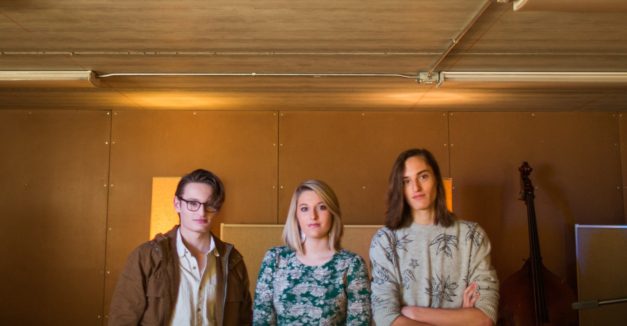 Omaha band Clark & Company has been named to the list of finalists in the 13th annual International Acoustic Music Awards (IAMA) for its song “Something.” The band has been nominated for the “Open” category, which includes songs that may not fit into one specific genre.

This is the band’s third time as a finalist in the IAMAs. It is also being considered in this year’s Omaha Entertainment and Arts Awards for the third time in a row, this year in the “Best Jazz” category.

“This is truly an honor,” said vocalist/keyboard player Sophie Clark. “It’s special to be recognized for our work and our art. We’re so blessed to call Omaha home – the music community here is ripe with talent. We want to keep reminding people across the globe that we have a voice.”

The contest features artists from all over the world, and is judged by A&R representatives from Sony/BMG, EMI, Universal Music and Warner. The grand prize winner will receive $11,000 in merchandise and services,and will be announced February 8th.

Todd and Orenda continue to gear up for their new electronic project’s debut, yesterday releasing their second single as Closeness.

“End Of The Maze” dropped yesterday via Brooklyn Vegan, and will appear on the Finks’ Personality Therapy on Feb 24 via Graveface Records. Pulsating with deep electronic rhythms, it showcases Todd’s digitally affected voice at the front, backed by Orenda’s ethereal harmony.

Closeness has played a handful of times since establishing the project in late 2015. Their first show following the release is Sat, Feb 25 at Omaha Design Center for Omaha Fashion week. They play O’Leaver’s March 10 before heading down to SXSW.

Listen to “End Of The Maze” and see upcoming shows below:

There comes a time, perhaps in your 30s, when dying young is out of the question. You are no longer young, no matter how many halfpipes you shred or slices of pizza you can scarf down. There will be no legendary blaze of glory, so you press on, as Wolf Dealer does in its new video.

“Too Old To Die Young” appears on the band’s demo tape of the same name, released Dec 1, 2016. The song’s old-school feel and pacing makes it perfect for even the silliest of skate videos.

Reach our editorial staff at news@hearnebraska.org.