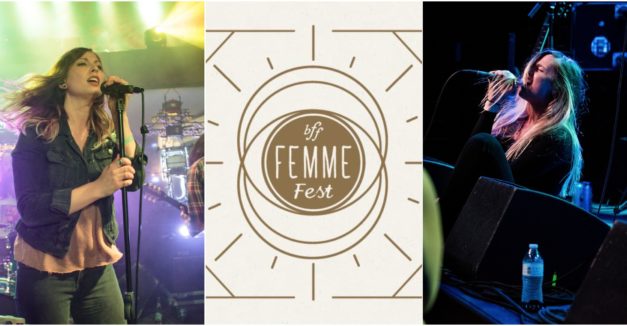 Nebraska contains a wealth of talented female and non-male musicians, and one now-annual event continues to elevate their voices and promote their visibility.

Benson First Friday Femme Fest will celebrate women in music this weekend, highlighting more than 75 local (and a handful of out-of-state) acts on six stages Friday and Saturday throughout Omaha’s Benson neighborhood. Headliners Freakabout and Pleiades & the Bear top a robust list of bands which all feature at least one woman member.

The festival’s expansion into two nights isn’t the only indicator of its growth. A corresponding event in Lincoln this past June — its first — drew hundreds of people to 1867 Bar, while all August long, Barley Street Tavern has hosted a Thursday-night residency leading up to this weekend. More of the community is getting involved, too, as Femme Fest brings back venue hosts like Omaha Girls Rock and Planned Parenthood.

Now that year three is finally here, dive into the performance schedule and venue host listing below to plan your two-day attack. Single night passes are $10, weekend passes for $20. Get them in advance here.

A new DIY label has emerged out of Omaha and today it releases the debut album for both itself and one of its runners’ new projects.

Musicians Martin and Danny Maxwell have launched Max Trax Records, marking the occasion with its first release, Danny’s project Junkyard Dan and its self-titled tape. It’s out today via the label’s bandcamp page.

The brothers started Max Trax as a tribute to their late brother Frank Maxwell, who passed away last July. Martin and Frank played together in Omaha band Fifth Of May during the late ’80s and early ’90s, and for years talked of starting their own independent label.

Martin and Danny have realized that vision, announcing via statement both the new Junkyard Dan project (Danny’s own) and Max Trax as the home of future releases by Little Brazil, Leafblower, Wrong Pets and New Lungs. Martin says the label — technically housed at his Plano, Texas residence — will also focus adding Omaha area acts to its roster, keeping an eye out for bands nationwide and constructing a tracking studio.

Junkyard Dan the project is named for Danny’s brothers’ nickname for him, a play on his favorite wrestler, Junkyard Dog. These songs are scraps from the cutting board of what was to be a project with Frank. Listen in below.

Lincoln soul/R&B project Mesonjixx has announced it will release its long-awaited debut EP In The Middle on Friday, Sept. 22 at a corresponding show at Zoo Bar. It was recorded last summer at Make Believe Studios.

If it feels like Nebraska has been waiting for this one for years, it’s because Mesonjixx has teased it for since its inception. Emerging as a four piece in early 2015, centered around the uplifting voice and poetic lyricism of Mary Lawson, it quickly gained traction across the scene for its musicianship and Lawson’s ethereal stage presence.

While Mesonjixx has since endured a handful of lineup changes and live-stage iterations since 2015, the players from its most solidified stage appear on In The Middle. That would be guitarist Myles Jasnowski, drummer Kekeli Dawes and bassist Josh Barger, along with recent collaborator and Both producer Nate Asad aka INFNTLP

In The Middle will be available for sale at the Sept. 22 release show. Both opens the show. View Mesonjixx’s upcoming schedule and new record track listing below. 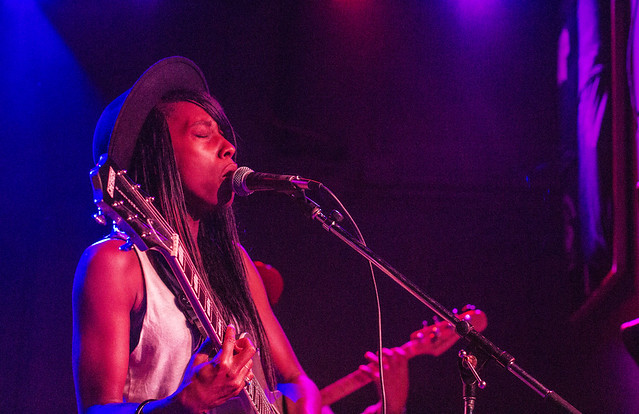 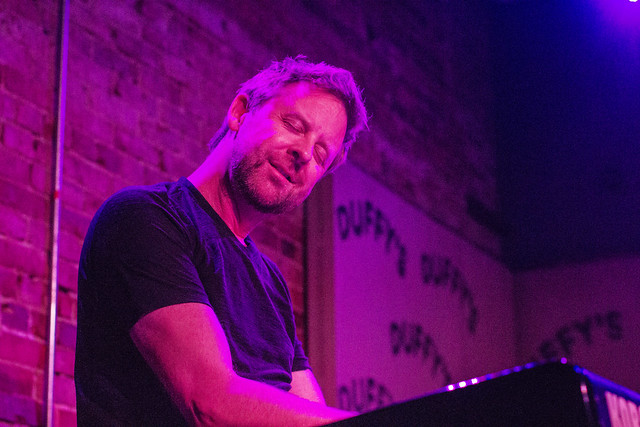 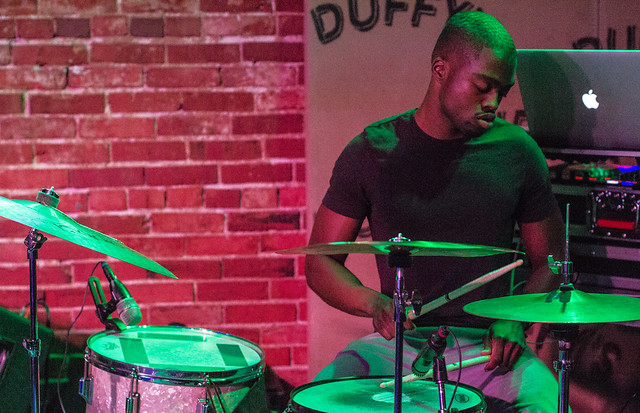 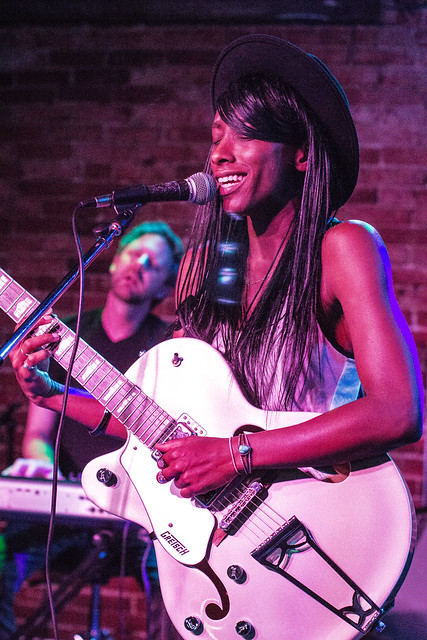 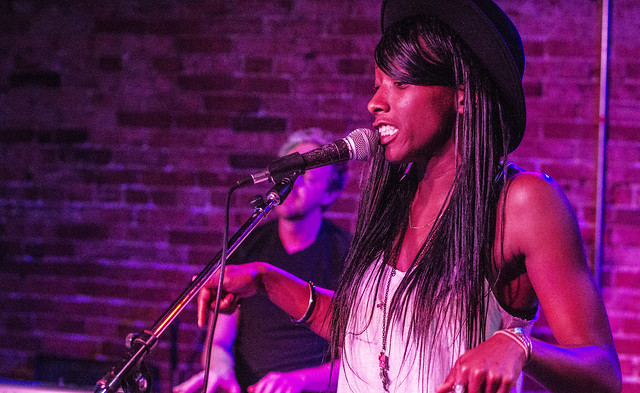 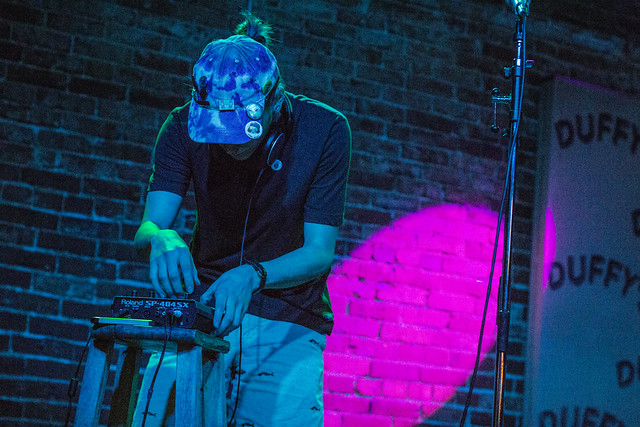 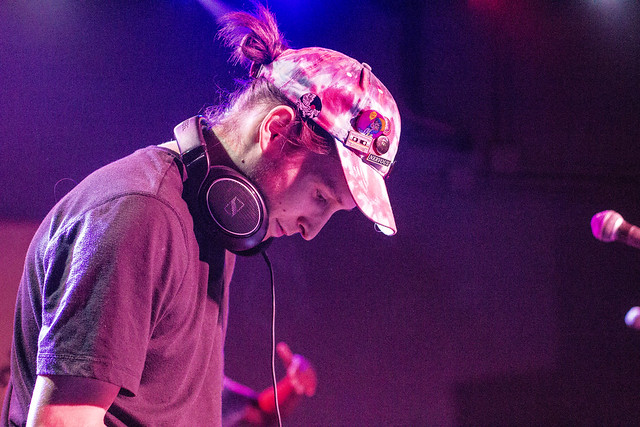 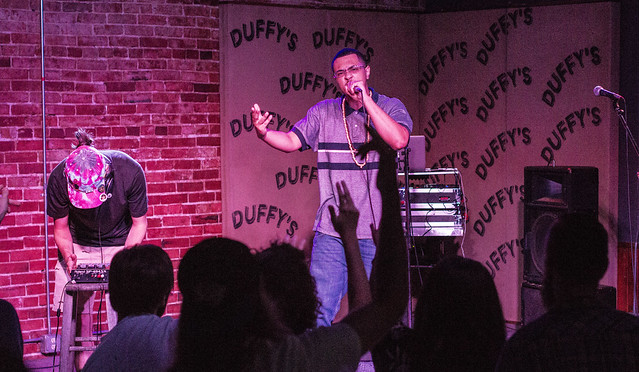 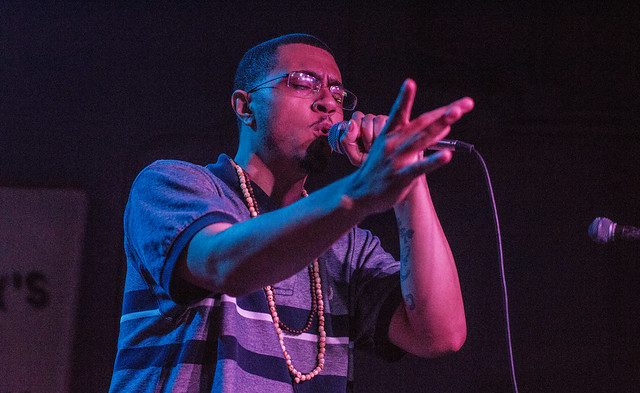 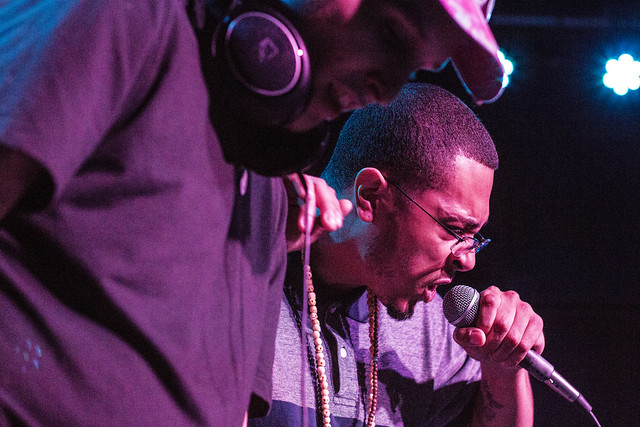 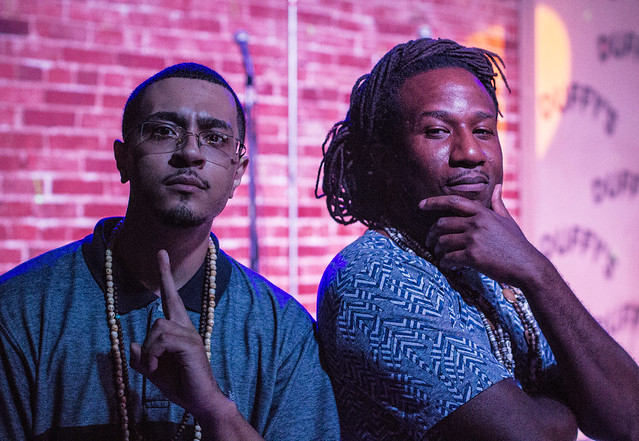 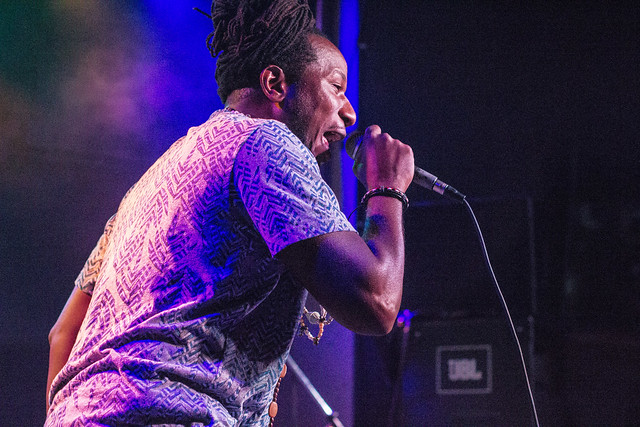 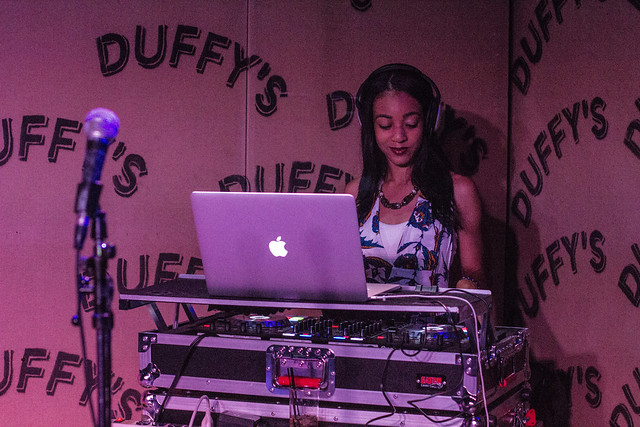 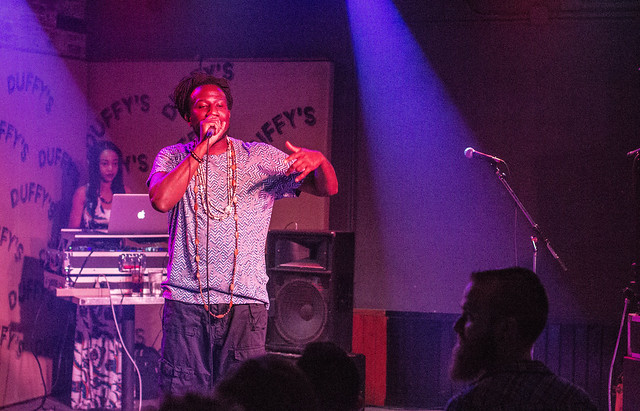 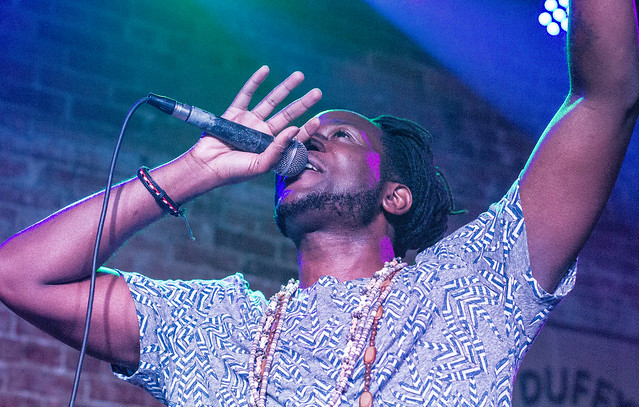 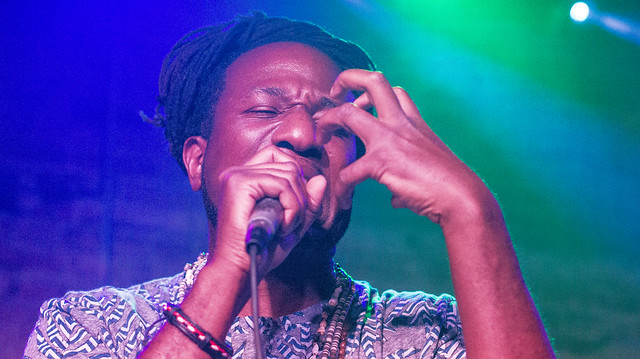 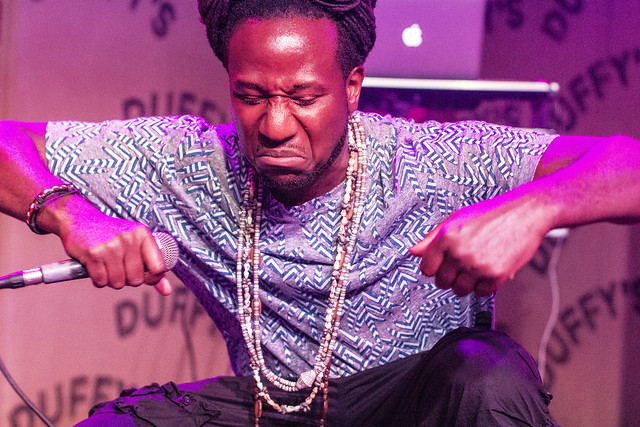 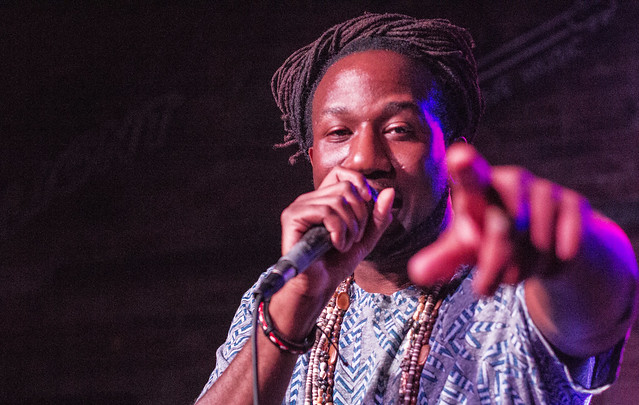 While Benson shakes with the sights and sounds of first Friday, there’s still plenty to do elsewhere during this holiday weekend. Check out a few picks below and leave what we missed in the comments. Head over to our statewide calendar here for a fuller view. And don’t forget to follow along with us on Twitter and Instagram (@hearnebraska).

Final quick note: news is off Monday for Labor Day. We’ll return with the latest on Tuesday, Sept. 5. Until then, email us your tips, story ideas and new music to news@hearnebraska.org.

Phipp Phippa, M Shah at Hear Lincoln – Hear Lincoln returns to Tower Square this week for a pair of local emcees in Phipp Phippa and M Shah. We chatted with Phippa earlier this week about his locally-viral “Crank That Dial” dance; read the interview here. As always, the show free, family-friendly and starts at 5 p.m. RSVP here (and follow Hear Lincoln on Twitter for updates).

Jake’s Block Party on Military Ave – Jake’s Omaha is closing down Military Avenue for its annual blowout. Just $5 gets you Thick Paint, Those Far Out Arrows, Mesonjixx and High Up. One suspects there will be plenty to eat and drink. RSVP here.

Nebraska Hardcore Showcase 8 at Milk Run – Omaha’s eighth-annual punk and hardcore showcase goes down at Milk Run this year and features 17 hard-hitting local acts both established and up-and-coming. Music starts at 2 p.m. and runs in 20 minute-sets until 10:30. Read our preview for details here and RSVP here.