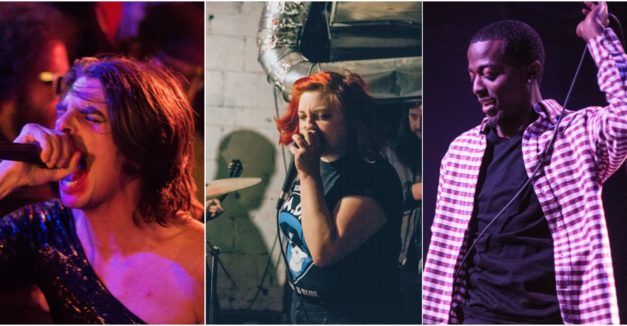 Have something to say? New music, tour news or other goings-on to share? Email us at news@hearnebraska.org. Now on to today’s news.

The coming weekend promises to be among the most intriguing in Nebraska music this year, and an annual assembly of area punk and hardcore bands is a big reason why.

The eighth Nebraska Hardcore Showcase will feature 17 Nebraska acts this Saturday, Sept. 2 at Milk Run, 2578 Harney St. With just one stage, that means fast, loud and punishing sets from entrenched acts like No Thanks, Bib and Powerslop, as well as up-and-comers Houma, Death Cow, Crease and a whole lot more. The event starts at 2 p.m. and looks to turn a new band over every half hour in the DIY venue’s basement.

In it’s eighth year, the showcase celebrates accessibility at just $5 a pop and an all-ages policy. That means more music for as many as possible. Plus, it boasts great community support from the likes of Omaha Zine Fest, Fauxmaha Hotdogs, Overturn, the Nebraska Sexual Assault and Abuse Prevention Org, Muglife and Relentless Merch.

View the full schedule of bands and set times below. Sounds like there will be pizza after 7 p.m. Enter through the alley just north of the building. RSVP and find more info here. 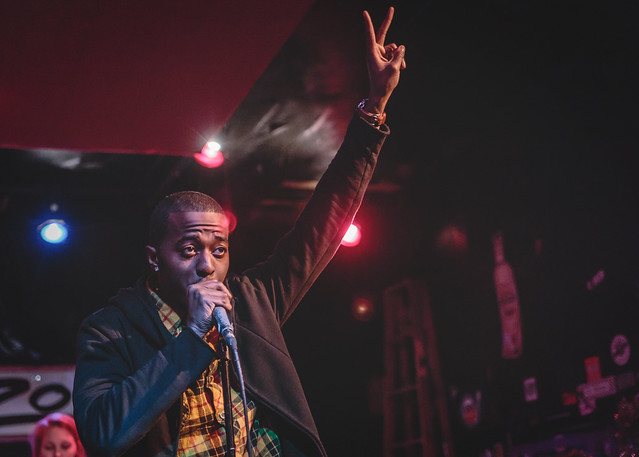 Rapper Christopher Phipps’ largest goal as a rap artist is to invoke positivity in his audiences. Known on-stage as Phipp Phippa, he melds an unrelenting, sermon-style delivery from the pulpit of the stage, encouraging listeners think big.

“I believe in in the mantra “my dreams are possible” which is something I share with the youth everywhere I go and every time I speak,” Phipps says. “I want to instill optimism, which is a cousin of faith, that they can do anything they put their minds to.”

In service of that mission, the Harlem native has toured internationally, opening for artists like Steve Aoki, Temptations and Nappy Roots. Now residing in Lincoln, Phipps founded his independent label, RoyalocityFlo, in 2016.

Before taking to Tower Square this Friday (RSVP here ) Phipps spoke to Hear Nebraska about wanting his music to create a positive space in his community and the importance of his influences that have shaped him towards that goal.

Hear Nebraska: You ran track for UNL during your time there as a student. What are the parallels between running and rapping for you?

Christopher Phipps: The parallels between running and rapping for me are glorifying God with my gifts. It’s one thing I practiced as an athlete after getting involved in FCA. Another thing is hard work and always going the extra mile to achieve my goals. In order to be good at anything, you must focus and put forth effort. I’m a perfectionist and with music I want to be at my best, so something great that track helped me with was my breathing techniques. I was able to transfer those over to the while performing, which aids in my dancing and rapping at the same time.

HN: There has been a strong connection between dance and hip-hop from the Bart Simpson to the simple dab. How did your dance, “Crank that Dial,” come to be?

CP: The idea for Crank That Dial came from a conversation between myself and a couple of my friends. They thought it would be cool to name a song “Crank That Dial.” At first I said no in my head, but then I went home and created the dance and lyrics came to follow. This song and dance is such a blessing to me because I am able to teach kids the dance and involve kids in live performances. It is a huge connection between my love for dancing and my passion to create opportunity for the youth. It’s the perfect song to connect.

HN: You’re very open about your faith in your music. How have your beliefs correlated with your relationship with the rap genre and your work in particular?

CP: My beliefs have correlated with rap in the fashion of putting God first and on the forefront of all I do.  It was very difficult for me in my beginnings of rapping about my faith.  I was ashamed, nervous and cared way too much about what people would think of me or say about me, but I’ve come to realize that their opinions don’t matter. I do this to glorify God and I let him handle the rest. I am able to put my positive messages into music in a way that people can listen, relate and enjoy.

HN: Community is an important theme throughout your work, highlighted in videos for both “Bones On ‘Em” and “Crank That Dial” where you included a large number of volunteers. Why, for you, is having this connection so integral to music?

CP: This connection is so necessary because for me, it’s all about the people. I am a huge people person and love offering opportunity. With “Crank That Dial,” I wanted to have kids be a part of something that they may have never thought was possible. I believe in in the mantra “my dreams are possible” which is something I share with the youth everywhere I go and every time I speak.  I want to instill optimism, which is a cousin of faith, that they can do anything they put their minds to. I want people to be able to look back years from now and say, “hey, I was a part of that”.

Let’s take a quick spin through the latest in Nebraska (and Nebraska-related) music videos.

First up: Umm, the duo of Stefani Drootin (Big Harp, The Good Life) and Chris Senseney (Big Harp), released its debut album Double Worshipper on July 28, and its lead track “Black Summer” received a recent video release. Of the song, Drooting explains it’s about “abandoning the idea of arriving at any kind of stable and eternal adulthood. Sort of rejecting the notion… that at some point you’ll become a finished version of yourself.” Directed by Mike Stillkey, the video shows the couple’s playful side via a day at the beach.

Lincoln folk singer/songwriter Will Hutchinson gave us the first taste of his forthcoming album Wildflower People (out Sept. 21) with new single and accompanying video “West Coast Wanderer.” It opens with the tag line “Wildflowers Grow In Unlikely Places” before devoting three verses to those various characters. Watch it below and follow along with the lyrics here.

Finally, Lincoln Americana songwriter Evan Bartels appeared live on NPR Music’s Nite Owl series while touring through Brooklyn. In an overgrown soccer field, Bartels performed songs from his forthcoming full-length album The Devil, God & Me, out Sept. 23. He and the full band, the Stoney Lonesomes, celebrate the album with a show at The Bay on the same day with Jack Hotel and Mike Semrad & the Likes (RSVP here).

Watch the live performance below. 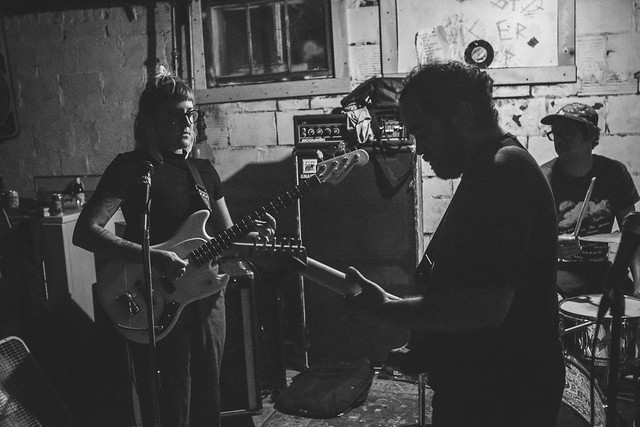 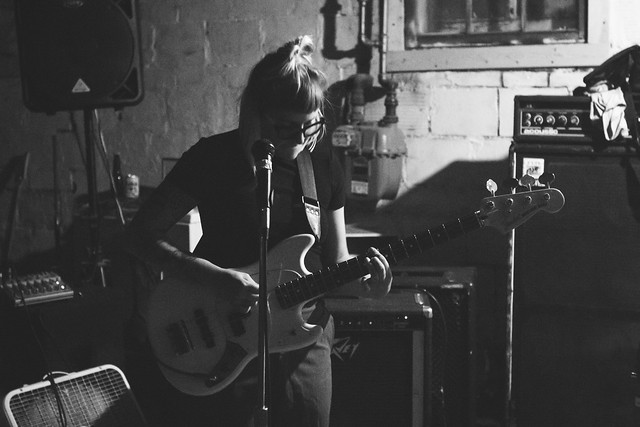 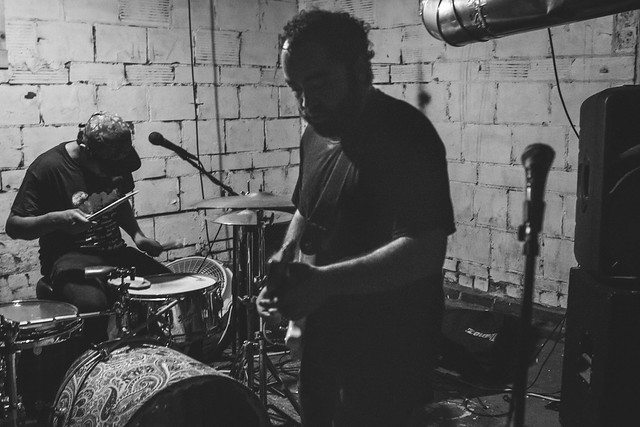 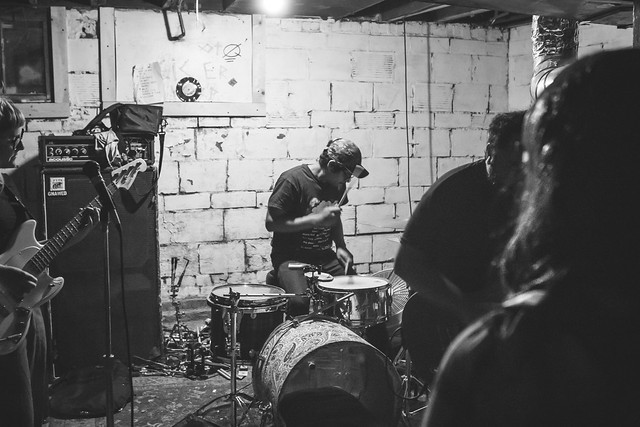 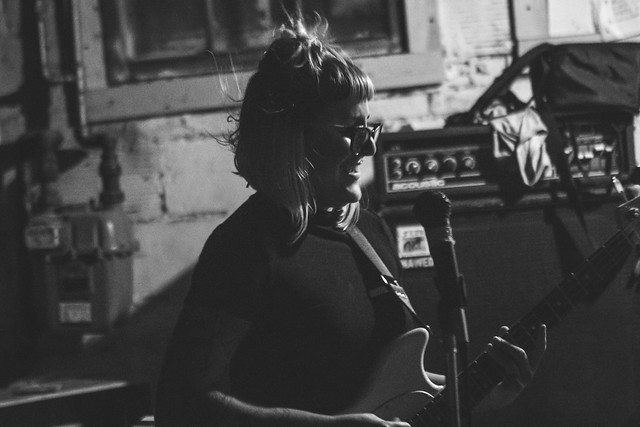 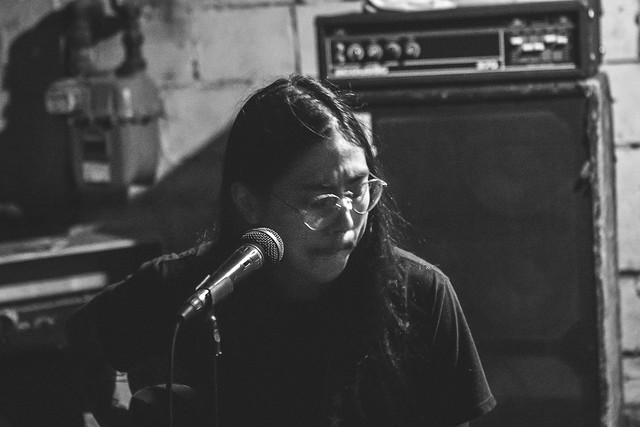 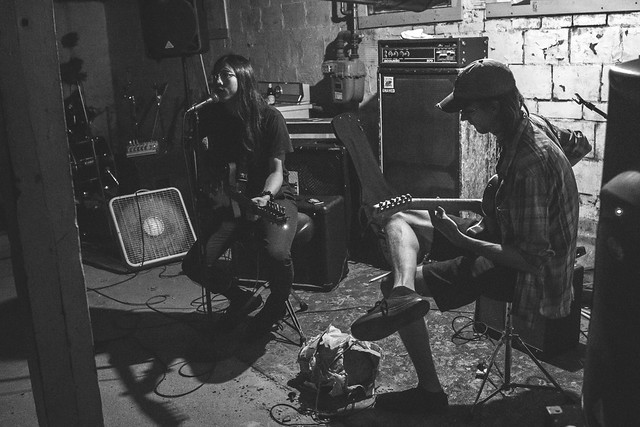 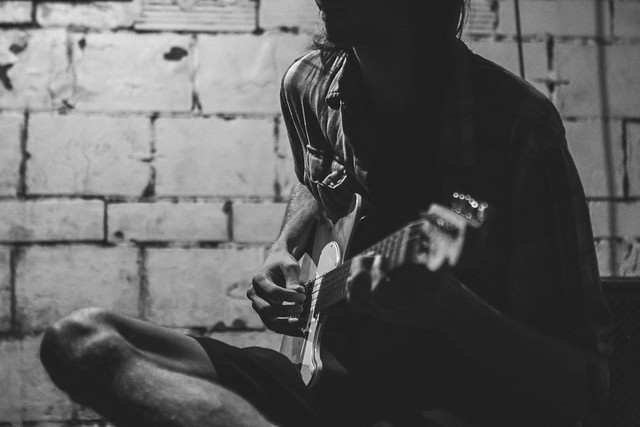 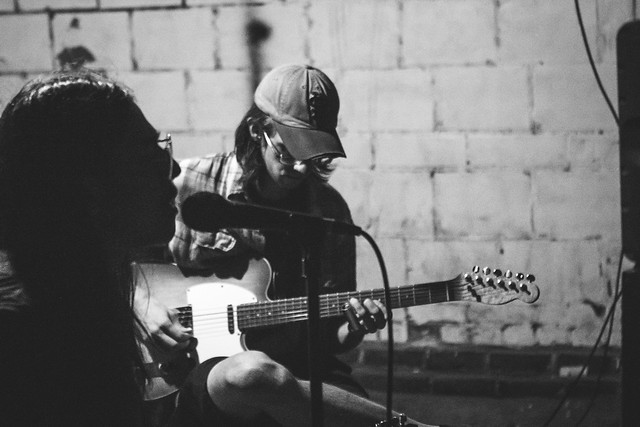 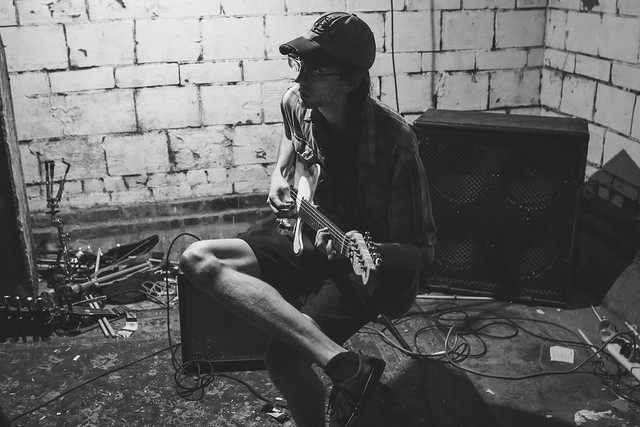 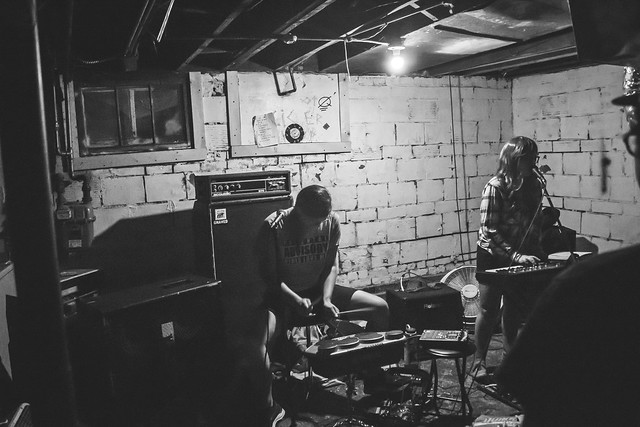 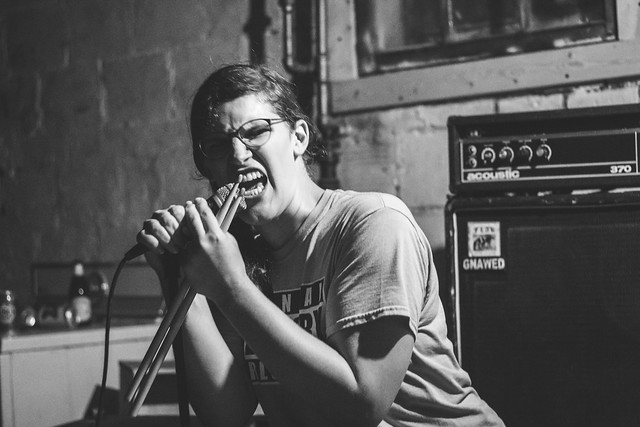 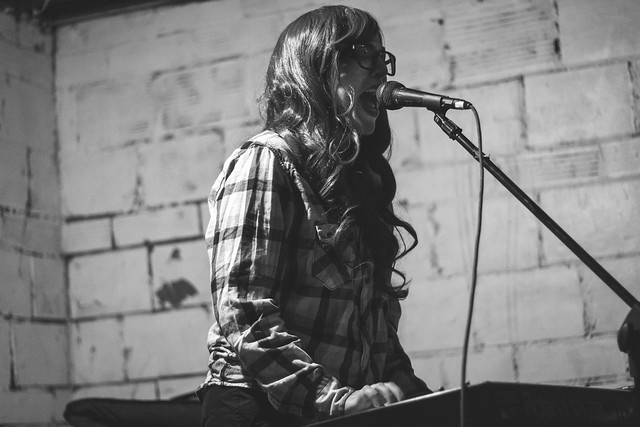 HN contributor Harrison Martin stopped by Reverb Lounge on Monday to catch songwriter Kevin Morby on his way through Omaha with touring partner Shannon Lay. Morby tours in support of his latest record City Music, which reflects on solitude and a bevy of personal matters with the backdrop of urban landscape. A former Nebraska resident, Morby dedicated a song to his mother, who was present at the show.

See that moment and more in Martin’s photos below: 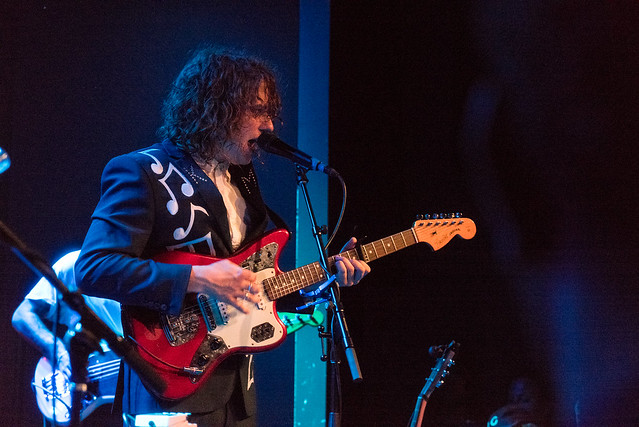 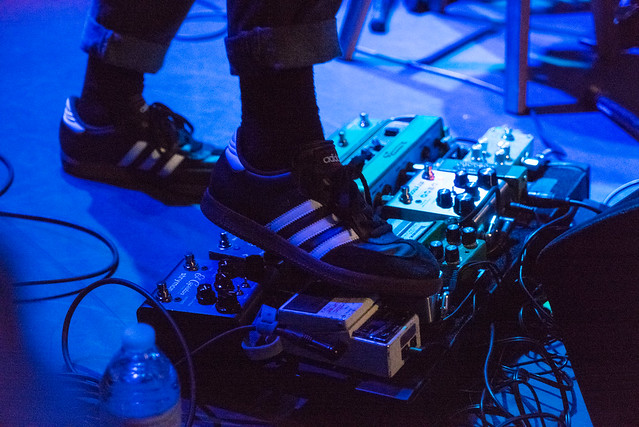 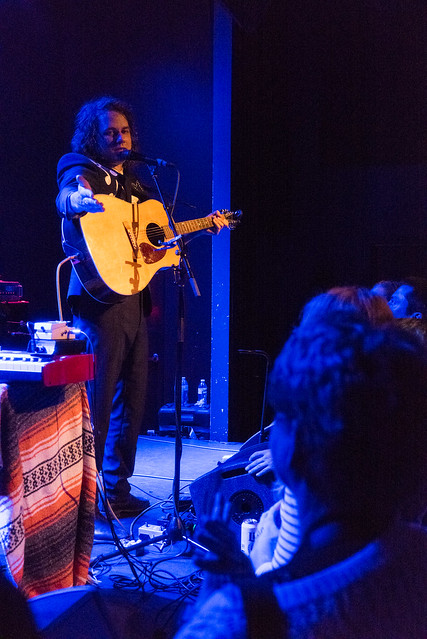 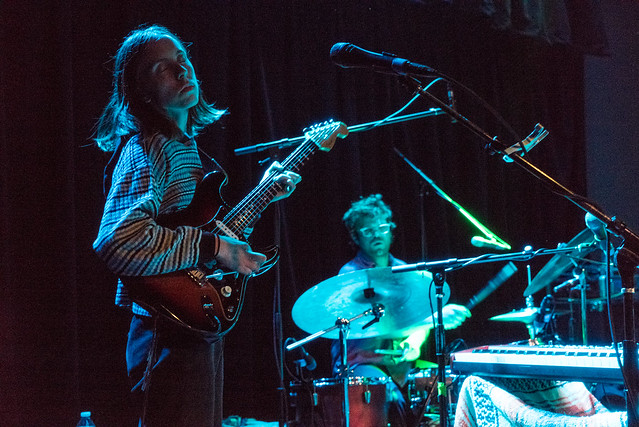 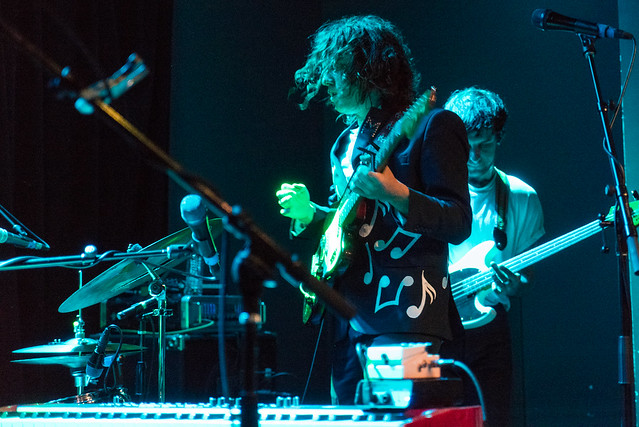 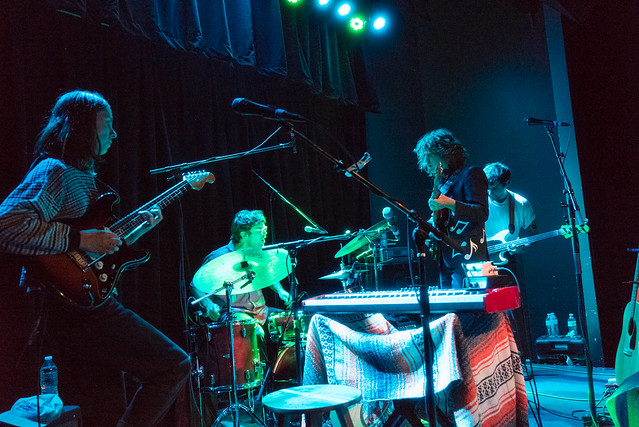 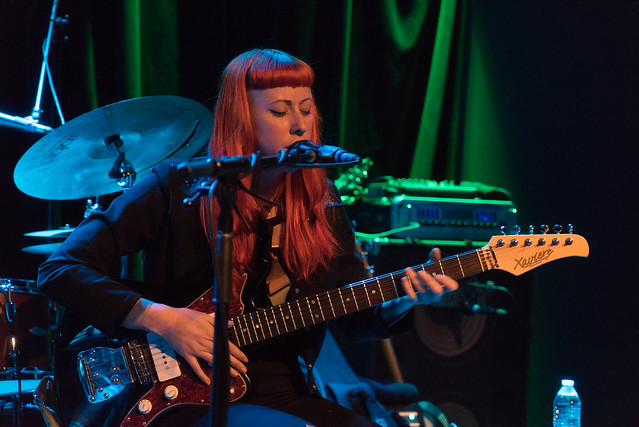 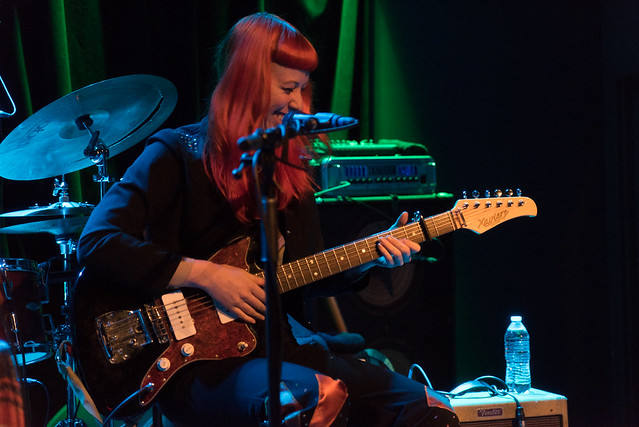 Kick those midweek blues at the show. We have a few picks below. Tell us yours in the comments, email us at news@hearnebraska.org, or add them to the site yourself via our contribute feature here.

Toki Wright at Duffy’s Tavern – Songwriter and producer Toki Wright comes to Lincoln, touring in support of soulful, futuristic new album At The Speed of Life 3. Wright is an Emmy-winning artist who has released work through Soul Tools Entertainment and Rhymesayers Entertainment. He is also the department head of Hip Hop Studies at the McNally Smith College of Music. Minnesota DJ Miss Brit also performs, with locals CJ Mills, Sleep Sinatra and Kamakauzzy rounding out the bill. 9:30 p.m. show, $10 at the door. RSVP here.

Gloom Balloon, Christopher the Conquered at Slowdown – Iowa performance pop duo Gloom Balloon — Patrick Tape Fleming and Chris Ford of Christopher the Conquered — cross the border on the occasion of the project’s brand new album Drying the Eyes of the Goddess of Gloom, Underneath the Stars and the Moon. Often bizarre and always intriguing, the pair of acrobatic performers are two of the most engaging around, all but forcing audience participation as their antics spill offstage and into the crowd. Local act Middle Folk opens the 7 p.m. show. RSVP here.

Before the show, Hi-Fi House hosts an open-to-the-public listening party for Drying the Eyes… at 3 p.m. The event serves as the first public unveiling of the new record. RSVP here.

Listen to “Saddest Story Ever,” the first single from Drying the Eyes…, below.

Kait Berreckman, Annie Dilocker at Barley Street Tavern – Fire up the Benson First Friday Femme Fest machine a day early with two great songwriters at Barley Street. It’s the last in the festival’s month-long residency at the Benson venue before the actual thing itself. 9 p.m., no cover, $2 tall-boys, RSVP here.

Have something to say? New music, tour news or other goings-on to share? Email us at news@hearnebraska.org.