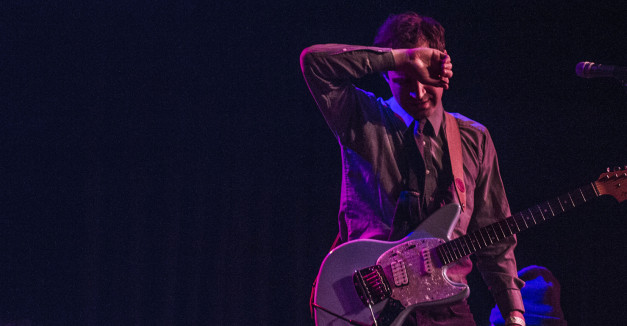 We are saddened to learn of a loss within our music community. Jana Pappas, 21, daughter of local musician Andy Pappas, passed away on May 27.

To help support the Pappas family with funeral costs, Mike Semrad of The Bottle Tops has assembled a cast of local musicians who will play a benefit at The Cask in Lincoln Saturday, June 6. The show starts at 7 p.m., and all donations will go directly to the Pappas family.

Also, Semrad has started a gofundme site for those who would like to make a donation. Visit the website here. Semrad says that in difficult times like these, it’s important for the musical community to band together.

“Andy Pappas is an integral part of the Lincoln and Omaha musical community,” Semrad says. “Hearing this sadness sunk the music community’s heart, imagining the loss of a daughter. As musicians, we need to come together as one.”

Andy has performed as a solo artist, bandleader and played keyboard in Lucas Kellison and the Undisco Kids. The lineup for the Pappas family benefit show is listed below:

Omaha rapper Steven Frank, aka Standbye, has released his debut music video, with his home city as the background.

The video for “The Waiting Room” takes viewers from 120th Street to Saddle Creek Road to downtown Omaha. Frank chills with friends at a barbecue and strolls through Heartland of America Park, Woodmen Tower on the horizon, giving an assertive delivery over a mid-tempo, piano-accented track.

View the video below, and be on the lookout for his upcoming record ByePolar.

And for your daily show rundown:

Son, Ambulance, The Wagon Blasters and The Lupines play Reverb Lounge tonight in celebration of Lazy-i blogger Tim McMahan’s 50th birthday. Monday, we published a feature story — written by Jon Taylor of Domestica and Mercy Rule — on McMahan’s 30-year run as a rock critic. The show is a benefit for Hear Nebraska, of which McMahan is also an active board member. Tickets are $10. RSVP here.

In Lincoln, Powerful Science releases its new album Personalityness at Duffy’s Tavern with Jacoby and Calm Fur. RSVP here. Joshua Miller, formerly of Columbia Vs Challenger and The Prints of Apple Island, is the brains behind Powerful Science’s experimental electronic rock. Personalityness will be available on cassette tape via Fantastic Cassettes.

Back in Omaha, New Orleans jam-rock outfit Galactic plays Slowdown with A Ferocious Jungle Cat. RSVP here. Over its 20-year existence, Galactic has infused jazz, hip-hop and electronica into New Orleans funk. Their latest album, Carnivale Electricos, dropped in 2012. (Quick note: this show is presented by Rad Kadillac Productions. We charted their career-arc last week, which you can read here.)

For more show listings, check out our events page here. If you do not see your show or one you plan to attend, email us at news@hearnebraska.org, or add it yourself using the contribute button at the top of the homepage.