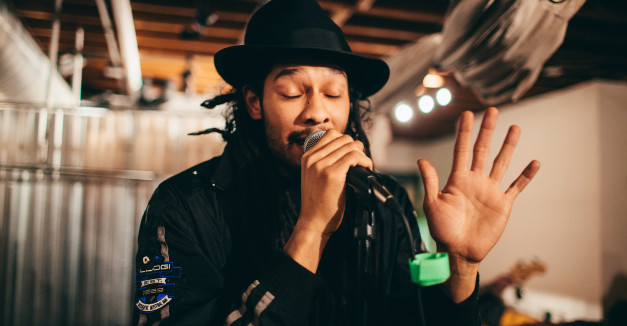 It’s been a few months since AZP, Lincoln’s well-known soulful hip-hop act, appeared on stage in full. On May 9, the band is back to live performances to celebrate the release of Red Moon. AZP recorded the EP through the winter with Phillip Zach at The Grid in Lincoln.

The band will be joined by funk and soul peers Josh Hoyer and the Shadowboxers and A Ferocious Jungle Cat for the Vega show. Recently, James Fleege, who plays in Oketo, has joined the band full time as its bassist.

The Boxmasters will play The Bourbon on April 23. The California-based country-rockabilly band is most notable for its frontman, Billy Bob Thornton. Thornton made a name for himself acting in films like Friday Night Lights, A Simple Plan and Sling Blade.

Thornton released three solo albums through the 2000s. In 2008, The Boxmasters released its self-titled debut to critical acclaim. The band’s spring tour is in support of its forthcoming fourth album, Somewhere Down the Road.

Tickets are $28 in advance, $65 for a meet-and-greet. So far as we know, it hasn’t been announced when tickets go on sale.

This summer, Doane College will host the inaugural Great Plains Vocal Jazz Camp. From June 14-17, Dr. Kara Baxter, Jackie Allen and Susie Thorne will instruct the 30-student camp. It’s open to anyone ages 14 and up.

A crop of HNers will be in Austin today through the end of the week, but there’s plenty going on at home.

At The Bourbon, The Talbott Brothers kick off a sprawling national tour, which we wrote about yesterday. RSVP here.