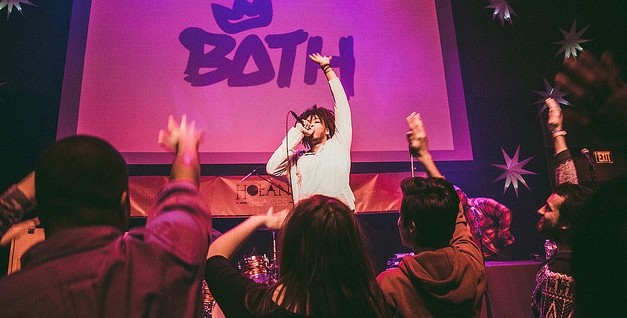 One of Omaha’s biggest names in gear protection is moving closer to the action.

Aparo Custom Cases will relocate to the outskirts of Benson, 5119 NW Radial Hwy, from its current 20th and Woolworth near Columbus Park. The custom amp and guitar case business will share the space at that address with The Beard and Mane barbershop.

Co-owner/operator Mim Aparo (of Omaha punk rock band Anthems) says though they’ll have to remodel as the go, the new space is significantly more visible than its current location. Plus, he expecets settling closer to the Benson neighborhood cluster of venues should be good for business.

“It’s a way better opportunity,” Aparo says. “It’ll give people the chance to stop in anytime and hang out, or just check out our work and what we’re doing throughout a regular day.”

Aparo says the store — which has built custom work for the likes of See Through Dresses, Arson City, Your Last Chance and more — plans to hold a grand re-opening when improvements to the new space are complete.

Below, see photos of last night’s performers, including The Sunks, Super Ghost, Pleiades & the Bear and A Ferocious Jungle Cat: 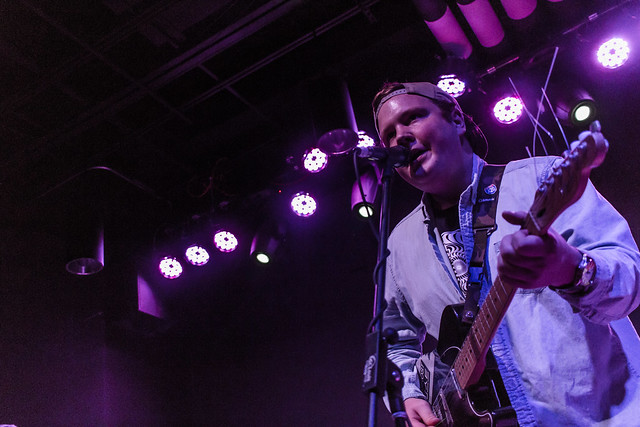 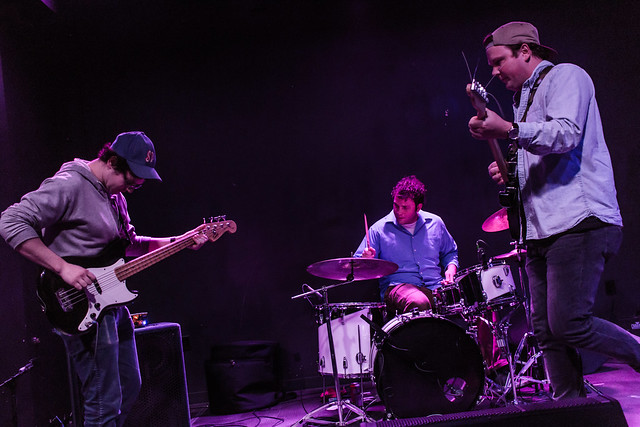 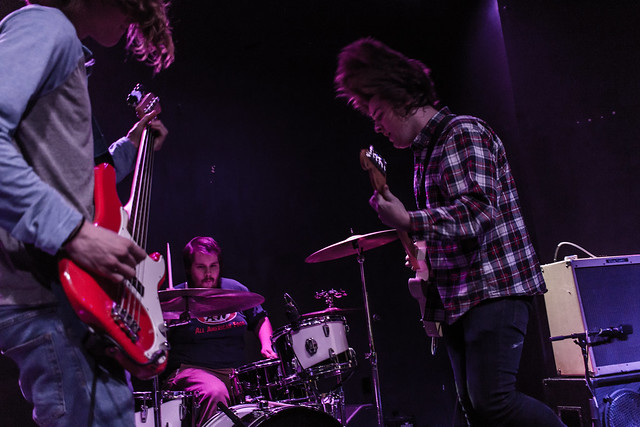 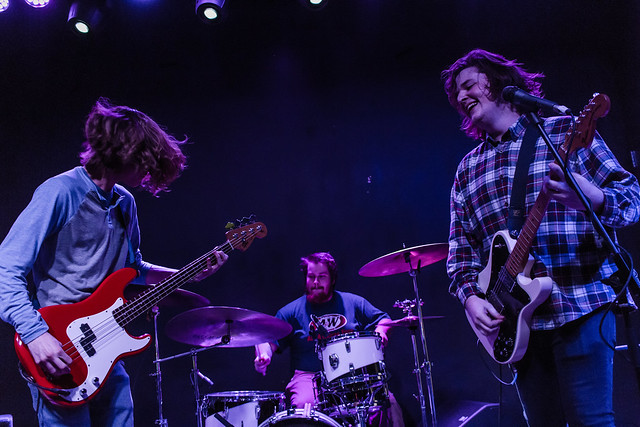 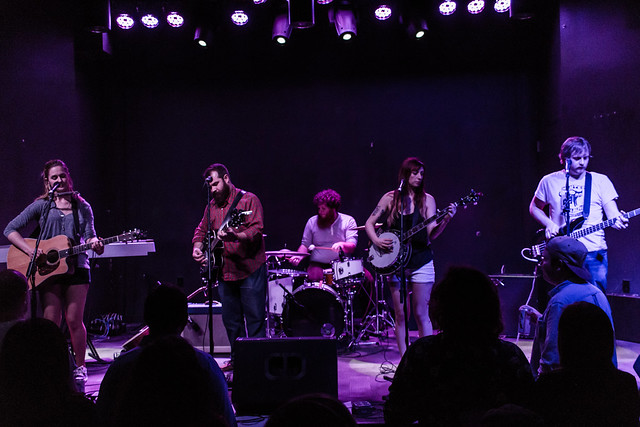 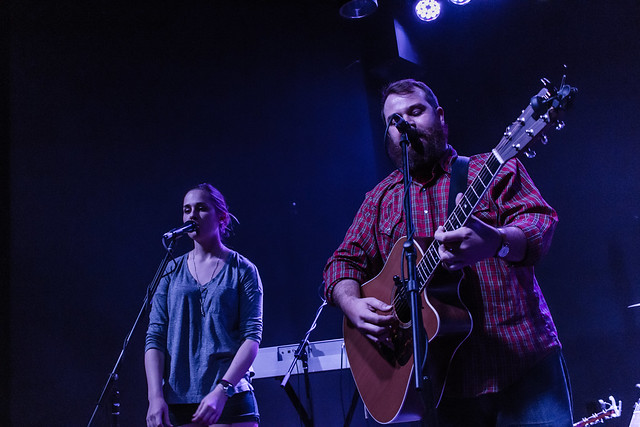 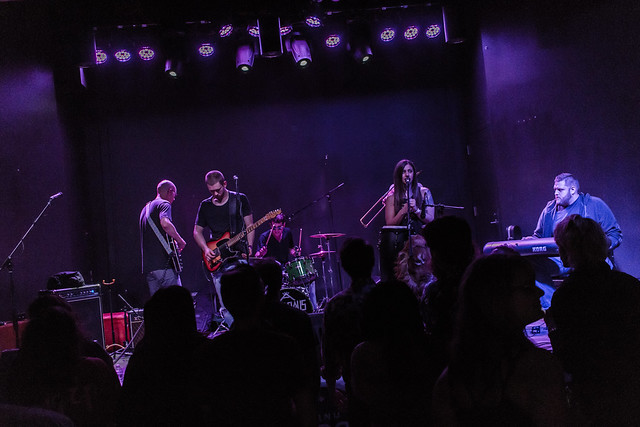 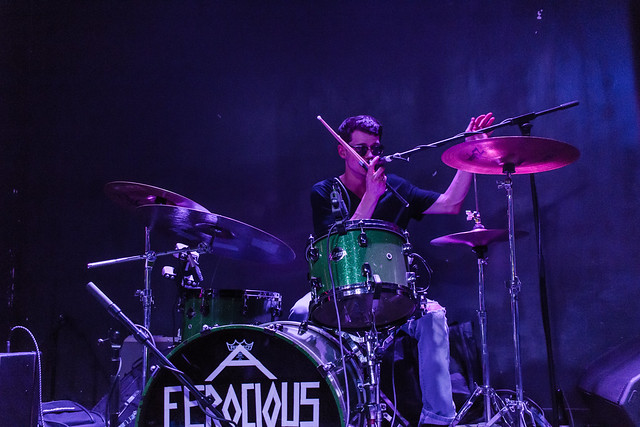 Let’s take a quick spin around a busy weekend of shows.

Earthstock Music Festival w/ AZP, Both and The Hottman Sisters at Vega – Earthstock hosts its annual sustainability-promoting concert. Earthstock is a month-long celebration to involve UNL students and the Lincoln community in building an understanding about the urgency and feasibility of sustainability. This year, proceeds from the show benefit Lincoln Bike Kitchen.

All three acts have been on fire as of late. AZP just released its third EP Triangles last month after its SXSW trip. Both also went to Austin, and played to a 6,000-plus strong crowd last week in its opening slot for mammoth hip-hop act Flo Rida. And The Hottman Sisters just returned from a brief stint in California, and are in the process of recording their first record. Tickets to the 8 p.m. show are $2 for students, $10 for general admission. RSVP here.

The Spill Canvas with No Tide and Take Me To Vegas at Slowdown – Sioux Falls, S.D., pop punk act The Spill Canvas brings its Requestour to Omaha, which allows fans to pick which songs they want to hear in advance of the show. Find more info here if you’re into that. Also of note, this is No Tide’s final show, as it announced a couple of weeks ago. That alone is enough to make it a memorable night. Main room show starts at 8 p.m., tickets are $17, RSVP here.

Sas Birthday Wake with CJ Mills, Pancho & the Contraband, Root Marm Chicken Farm Jug Band at Zoo Bar – In classic Sas fashion, this one looks to be weird. “Witness as Sas sheds her outer skin and prepares for the next Superphase.” Someone please tell me what that means. It also looks like passes to the Afterlife will be awarded, so get there early. $5, 9 p.m. show, RSVP here.

For the rest of a packed weekend of shows, head to our statewide calendar here. If you do not see your show or one you plan to attend, let us know in the comments, email news@hearnebraska.org or add it yourself here. Send news tips, story ideas and song submissions to the same. Out and about this weekend? Find us on Twitter/Instagram via @hearnebraska. Happy showgoing.