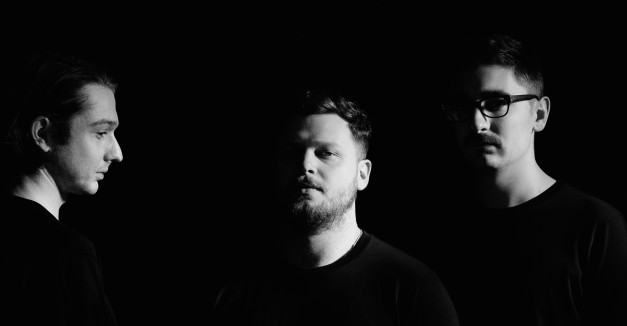 Stir Cove announced this morning that Alt-J will play its summer concert series on July 28. Tickets go on sale tomorrow morning at 10 a.m. here. The English band released its first album in 2012.

Last year, the indie rock band released its second album, This is All Yours, which was nominated for a Grammy in Best Alternative Music.

Kill County has never seemed like a band concerned with fanfare.

The alt-folk band plays shows here and there, whenever enough of its geographically far-flung members are in the same place, often with little notice. Such was the case last night in Austin when John Augustine, Josh James and Brad Kindler got together to play Hotel Vegas.

Kill County’s Monday announcement, then, that its new album, Broken Glass in the Sun, would release this morning feels fitting. The record has been done for nearly a year, we premiered “Beat Up Iron” in July. The band’s posted on Facebook yesterday that it would release it digitally today.

The announcement reads as appropriate to Kill County’s blue collar aesthetic, which has never seemed like an affectation for the band. After spending some months trying to decide on the most appropriate release format, it seems like Kill County finally just wanted to get the record out.

Kill County’s last two records, The Year of Getting By and Dust in Wire, both had vinyl releases thanks to very successful Kickstarter campaigns. Surely Kill County’s loyal fanbase would have turned out for another crowdfunding campaign, but the band says it is “over” that route.

You can find the record on most digital services, but buy it from the Bandcamp and receive a digital booklet of photos and lyrics. We’ll be reviewing the record soon.

Part of the show featured Conchance and Black Jonny Quest backed by live band, The DillaGents. “Midtown Anthem/Dreamy” features the jazzy band backing the two emcees. Not many hip-hop acts play with live bands — it’s much more expensive and difficult to coordinate. But hopefully we’ll see The DillaGents at it again.

The Omaha pop band, which has been Jason Meyer’s main musical outlet for years, has run its course, according to Meyer. The shows were always visually stunning, bolstered by Meyer’s often homemade props and lights shows.