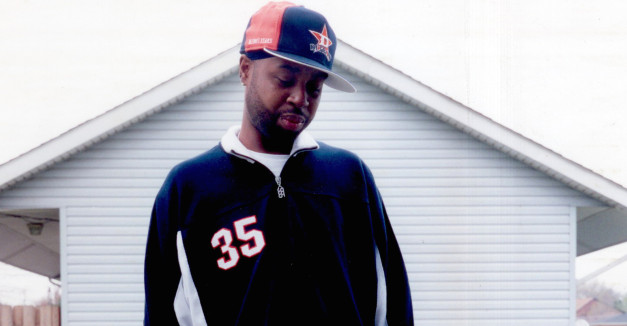 When Keith Rodger looks at Detroit’s decline — the hometown of the late hip-hop producer J Dilla — he sees art as a cultural victim. Although he’s never visited the city, Rodger spoke passionately on the phone Sunday about the stifling of potential local talent.

“They have opportunities for music and arts and culture, but they can’t even get music programs in their schools,” says Rodger, who goes by Kethro on stage and has produced for Omaha projects like Conchance and Midtown Marauders.

Rodger says that when J Dilla (born James Yancey) passed in 2006, the first thing on his mind was to do some sort of tribute in his name. He calls J Dilla one of the most important figures in hip-hop production and went as far as likening him to the “Paul McCartney” of the hip-hop community. During his career, J Dilla produced artists such as Common, A Tribe Called Quest, De La Soul, The Roots and many more.

Friday’s J Dilla tribute show at Reverb Lounge will feature performances by Midtown Marauders, BOTH, Marcey Yates and more. The $5 cover and all donations received will go toward the J Dilla Foundation. The foundation, created by Yancey’s mother after his death, works to fund inner-city music programs in Detroit.

Rodger stressed the importance of keeping music education in schools, but also pointed to albums like Nas’s Illmatic as instilling real-life narratives that are often not taught in school.

“I’ve learned more history from those albums than reading a textbook at school,” Rodger says. “They teach you the inside, what’s underground, what’s real.”

In its fourth year, the event will also host two live bands, The DillaGents and Artillery Funk. Rodger moved the event from its annual House of Loom slot to Reverb Lounge to accommodate the expansion. Local producers Bill Burton and DJ Stryke hosted the first tribute show in 2011 at The Waiting Room in Omaha. Following Burton’s move out of town, Rodger said he jumped at the opportunity to be a part of the tradition.

Rodger says he hopes the packed bill and new venue will spark more energy and participation at the show and raise awareness for the J Dilla Foundation.

“I think people are going to expect the most live, raw hip-hop show they’ll see this year,” he says.

Rodger formed the 11-piece DillaGents for this event to play with Midtown Marauders, who will rap original Marauders lyrics over the band’s instrumental renditions of J Dilla tracks. The theme will apply to every opening act, whether playing J Dilla’s beats through a computer or reinterpreting them live.

“You’ll be able to hear what J Dilla actually made and what was influenced by J Dilla,” Rodger says. “I think this has been the best route for us to go with it because I feel like it’s educational for people and, you know, [in] this town, people love dance. People love live music.”

Nate Asad (BOTH’s producer INFNTLP) says he’s lending his hands to the tribute because of J Dilla’s progressive hip-hop influence on his own music. Much like Asad’s BOTH production, J Dilla’s tracks encompass standard old school beats merging with a new electronic sound, adding elements of ambience and trip-hop drums to rap music.

Asad says that although he doesn’t try to completely emulate J Dilla’s sound, he certainly tries to capture the same soulful aspect.

“It grabs you in some sort of way. It takes you somewhere, like a nostalgic sort of feeling,” he says.

Asad says he first heard about the tribute show in Omaha four years ago while he lived in Norfolk. This will be his second year playing the event with BOTH.

For Make Believe Recordings co-founder Rodger and labelmate Asad, the passion for Detroit’s revival hits home. Rodger says Rick Carson, co-owner of Make Believe Studios, hails from Detroit. He says when he presented the idea of continuing the tribute shows to the studio, which includes Midtown Marauders and BOTH, they “snapped to it instantly.”

“I’ve just always had a passion for trying to keep his legacy alive,” Rodger says. “He’s one of the most important figures in hip hop. It’s vital for younger people and people in our generation to always be aware of who he is and what he’s done.”