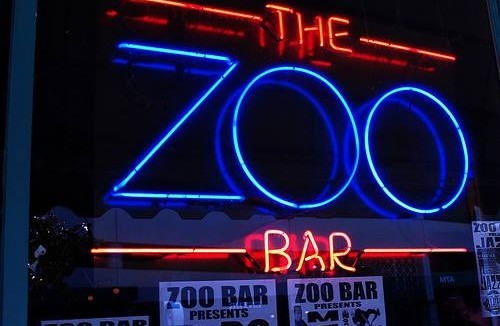 Lincoln’s Zoo Bar has a rich history of bringing American forms of music — blues, country, jazz and Americana — and it’s getting some extra-local recognition for it.

Zoo Bar has been nominated for a 2015 Ameripolitan venue award.

The Ameripolitan organization aims provide resources and networks for musicians, fans and venues interested in more traditional styles of country music. The organization’s About page talks about, as they call it, Ameripolitan music’s rich history of tradition and, further, the tradition of continually reshaping and building on established forms.

Head over to the nominees page and give a vote to one of Nebraska’s longest-running music venues.

Lighthouses, the the Tri-Cities (Grand Island-Kearney-Hastings) post hardcore band, will hit the road early in the new year.

It’s the last day of the year which means there are plenty of great options for shows tonight. Here are a few of our favorites:

In Omaha, you can check out Twinsmith, Uh Oh and DJ Smithtwin at O’Leaver’s. RSVP here. Over at Slowdown, Goo celebrates its 8th Happy Goo Year event. RSVP here.

In Lincoln, The Machete Archive reunites for one night and a stacked lineup at Duffy’s Tavern. The prog trio plays with The Kickback, The Renfields and Powers. RSVP here. Or, you could ring in the new year with Josh Hoyer and The Shadowboxers around the corner at Zoo Bar RSVP here.

Whatever you decide to do tonight, have fun, be safe and thanks for a fantastic 2014.

Remember, if you have Nebraska music news for us in the new year, the contact is news@hearnebraska.org.