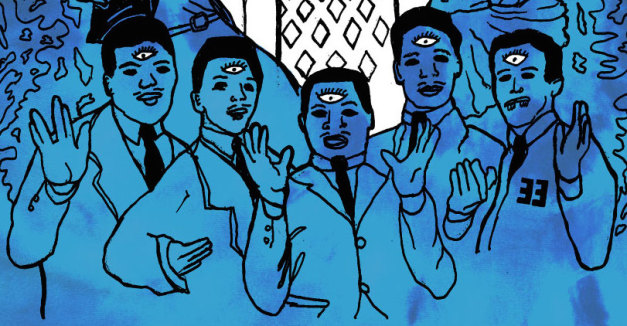 No real news today, but we have some shows this weekend, including a few album releases.

We’ll cover some highlights below, but head to our events calendar for a much fuller listing. And, by the way, if you do have Nebraska music news that we’ve missed, email it to news@hearnebraska.org.

Tonight at The Waiting Room, Omaha emcee TKO is dropping his second release, GENEius. We premiered the album’s first single two weeks back, a dark and traditional homage to the cash hustle. Listen to the track below and RSVP here.

Then, just down Saddle Creek, the speedy Omaha garage punk band Powerslop is releasing its new album with Swamp Walk and FLAK. RSVP here. Ear plugs and moshing shoes recommended for this one. Powerslop’s new album is called Funky God, by the way. Thumbs up on that title.

Moving on to Saturday, the deep folk and bluegrass ranks of Lincoln’s Sower Records collective comes to Reverb Lounge. It’s a six-act bill for $5. RSVP here and see The Bottle Tops, Matt Cox (one of Sower’s few non-Lincoln artists), Jack Hotel, Bud Heavy & The High Lifes and more. It’s not so often these Lincoln regulars make it up to Omaha. So if you’ve only heard secondhand about the Zoo Bar and porch jams, the anti-pipeline activism and the old-timey showmanship, this’d be a convenient time to see it all in one place.

Many of the Sower artists are on this comp:

Also Saturday, we’d direct your attention down Saddle Creek again for an eclectic bill at O’Leaver’s. Mean Street, Son Ambulance and The Renfields are celebrating the Winter Solstice at the club. (Though the shortest day of the year is actually Sunday.) RSVP here.

If you’re looking for reasons to attend, Mean Street caps off a big year in which they finally released their debut, 18-song album and played Maha Music Festival. It seems Son Ambulance seldom plays out these days. And Lincoln’s The Renfields hardly ever make it up to Omaha. It’s a nice show that’s been on the O’Leaver’s calendar for several months now.

Again, if you want to see a fuller listing of shows through Sunday, head here. And feel free to leave any that excite you in the comments.