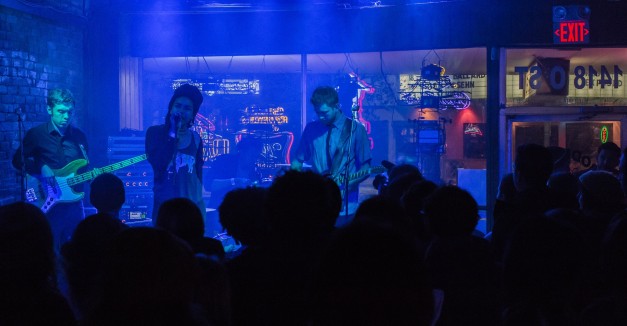 Included among them for the first time was Bodega’s, which was crowded all night. In fact, for a night that typically runs thin, we saw good crowds at every turn.

Some of our personal highlights included: Jeremy Fifield’s late-night performance with Shithook, who was playing across from its Duffy’s Tavern home turf at The Bourbon; almost being knocked sideways by Lloyd McCarter and his wife swing dancing to Mezcal Brothers at Duffy’s; and Sun Day’s orchestral folk ensemble giving forth from the Zoo Bar stage.

We’ll have fuller festival coverage on Monday. For now, see a few photos from last night below: 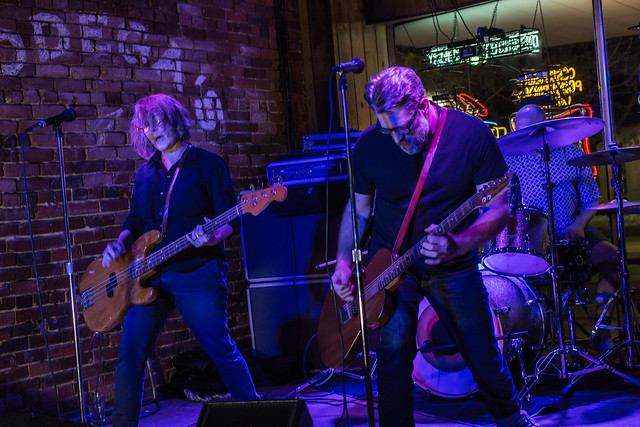 Mike Semrad and the Likes 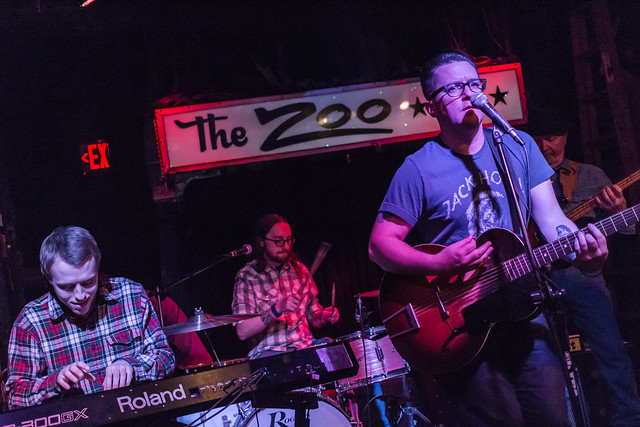 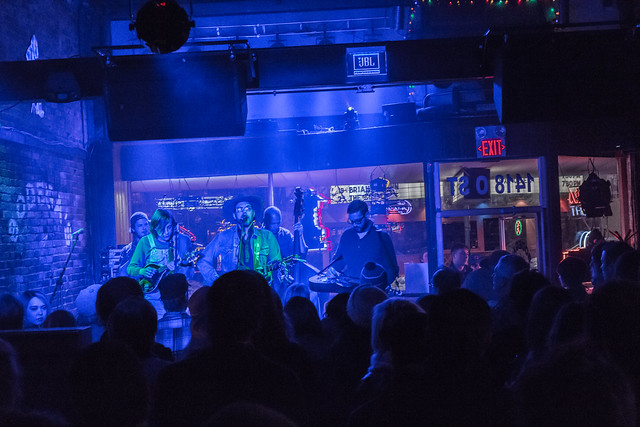 King Thumper at The Bourbon 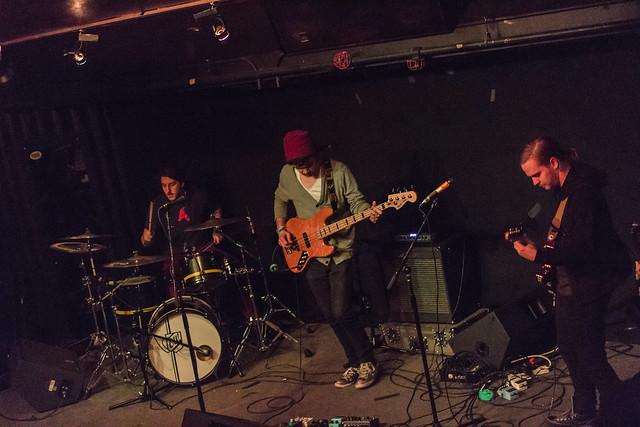 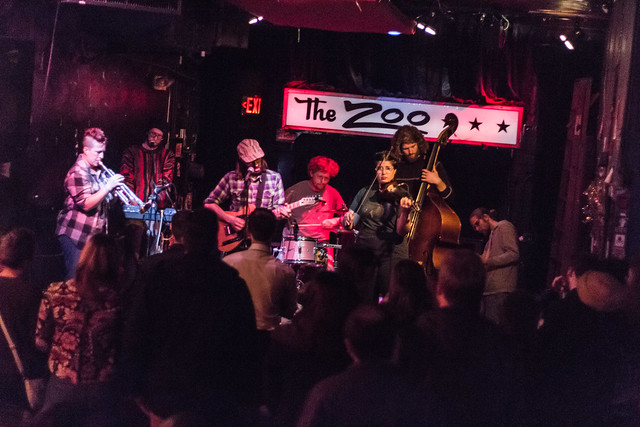 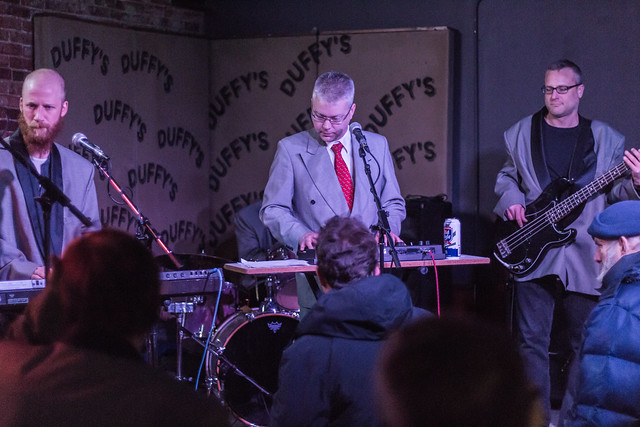 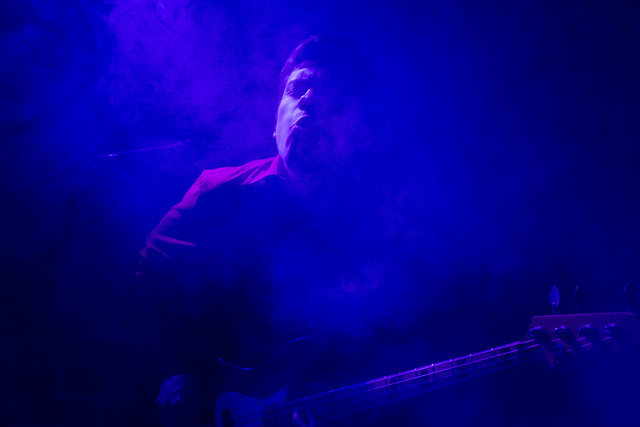 The Inbetweens at Zoo Bar 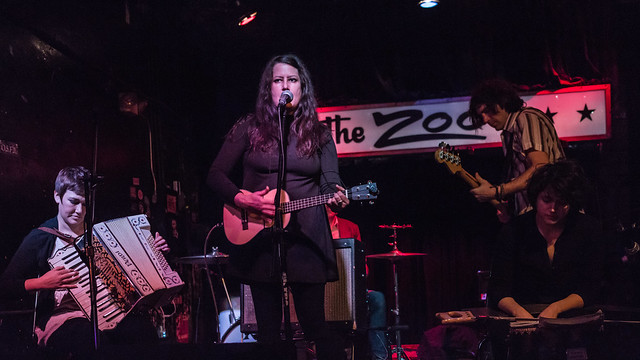 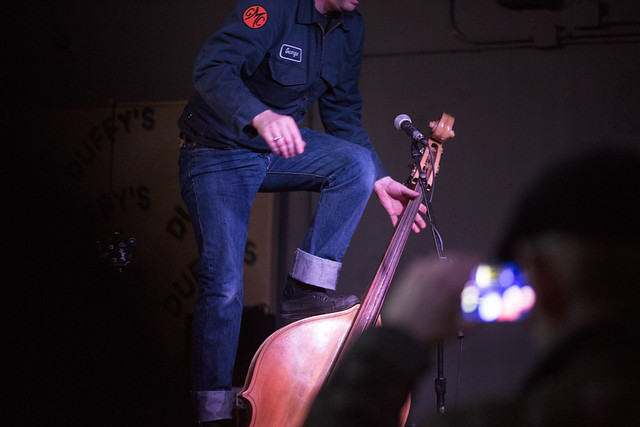 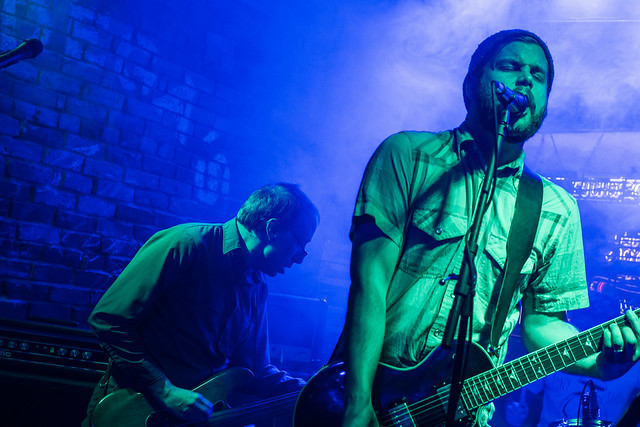 Shithook at The Bourbon 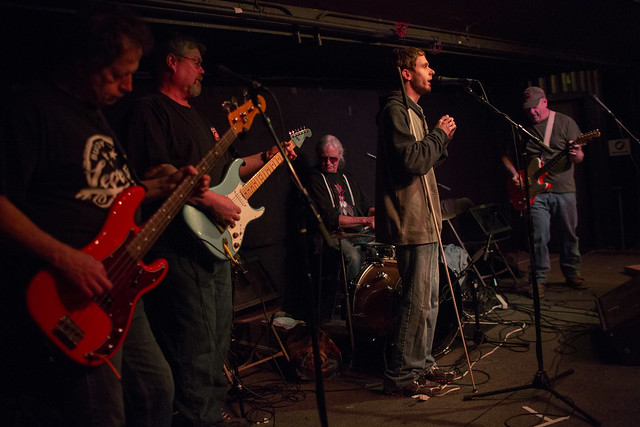 Icky Blossoms’ brand of electro-dance feels built to swell or shrink into whatever space it occupies, able to shoot out into the night or reverberate frenetically around a tight club.

In its latest video, released yesterday via Baeble Music, the band rounded up a huge group of friends and danced through the panic-inducing space trip of “Living In Fiction.” Runway style, Icky’s Sarah Bohling, Nik Fackler and Derek Pressnall dance down a disco-tiled isle in the middle of an abandoned cowboy bar. The song adds a manic feeling to what appeared to be a blast of a party.

Watch “Living In Fiction” below, and see how many Omaha musicians you can spot:

Internet radio station RadiOmaha is looking to add more local music to its regular programming. Launched on Labor Day, it aims to provide a local forum for playing and discussing commercially underrepresented music. To that end, the station is asking for submissions from local artists.

RadiOmaha’s Ric Jensen says Nebraska music accounts for roughly 15 percent of its programming. While some shows are local music heavy, or even exclusively devoted to it, station management wants to continue to make it a focus.

If you are an artist interested in playing your music over the RadiOmaha air, contact the station here, or through Ric Jensen at jensenric@aol.com.

Listen to the RadiOmaha live stream below:

Tonight, Lookout Lounge hosts a six-band billing headlined by Minnesota hardcore band Conveyer. It released its Victory Records debut When Given Time To Grow in September. They’ll be joined by Ohio’s Motives, California post-rock band Dependence, Iowa metal band Beauty Killed The Beast and locals End Me Mend Me and Mirrors. All that for $10. RSVP here.