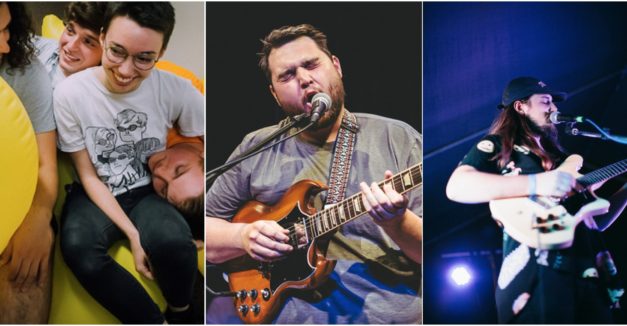 The Way Out pre-release new record

Mere days before its debut full-length is due, The Way Out simply couldn’t wait.

Automatic Writing is available now via the Ashland indie rock band’s Bandcamp page. The follow-up to May 2016 EP Good Grief gets its proper release this Saturday, Sept. 9 at a show at The Bay.

Where Good Grief sampled the band’s tight, clever songwriting abilities, Automatic Writing aspires to a greater concept through Freudian technique. As vocalist Mari Crisler explains via press release, they wrote a large part of the record through the technique for which they named the album, allowing the unconscious mind to take hold of the pen.

“Automatic Writing is a collection of songs about perspective-altering experiences that focus on growth, while our previous EP was largely about a relationship,” Crisler says.

While this is true, similar musical threads run between the two records. The space provided by an long-play allows them more room for experimentation, changing time signatures and song dynamics, but it’s still thoroughly The Way Out.

“We wanted Automatic Writing to be both a continuation of, and a maturation from Good Grief,” says guitarist/vocalist Levi Hagen.

RSVP to the all-ages release show — with Mad Dog & the 20/20s, Uh Oh and Centerpiece — here. Check out one of our favorite tracks, “Spill Ur Guts,” below:

First up, VMPG’s Secret Codes is out Friday, Sept. 22. The band recorded with Los Angeles producer and Nebraska-native Bob Marlette, who has worked with Tracy Chapman and Rob Zombie (what a combo). In advance, the first single, “Daydream,” finds vocalist Jales Hupka dealing with complicated emotions; listen below. The band celebrates the new album with a show at Harney Street Tavern; RSVP here.

Further out, blét announced a new album and associated Kickstarter late last week. It looks like they’ll enter Iowa City’s Flat Black Studios on Oct. 25 with Nebraska-native producer Jeremy Wurst (The Way Out, Evan Bartels) and emerge with the follow up to 2015 LP Borrowed From The Breeze.

Omaha indie rock band Thick Paint’s new single “How Did It Happen?” poses that very age-old question, relevant whether waking up after a night of debauchery or after years of monotony. Set to visuals staged and organic filmed throughout Omaha, the song explores alternate timelines and past lives, its jagged rhythms and sparkling guitars like pieces of disjointed memory falling back into place.

“How Did It Happen?” is the first release for the Graham Ulicny-led project, which it recorded at The Faint’s Enamel Studios. Listen below, and RSVP to their Sept 19 show at Vega with Athens, Ga. band Mothers here.

The long weekend occupied us with two huge events (here and here), so we’re catching up a little. To start, HN contributor Bridget McQuillan went to Jake’s Block Party Friday night — happening amidst the vast Benson First Friday Femme Fest — to catch Thick Paint, High Up and Mesonjixx. See her photos below (and apologies to Those Far Out Arrows; we’ll see you at Lincoln Calling). 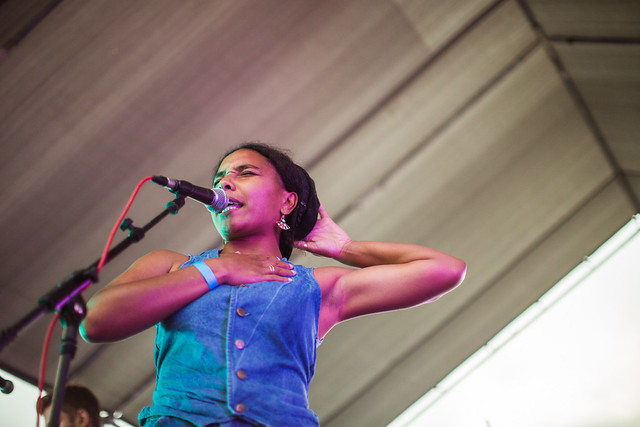 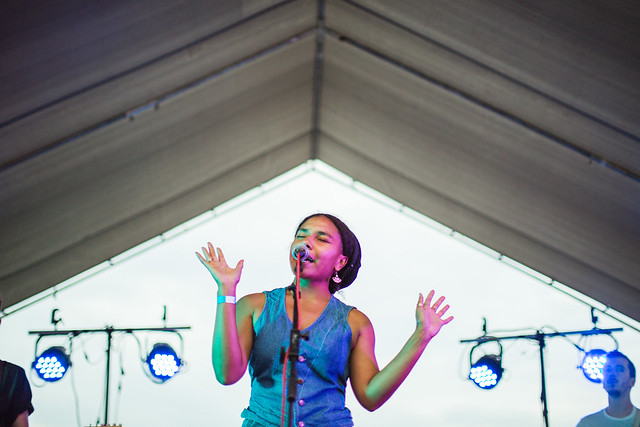 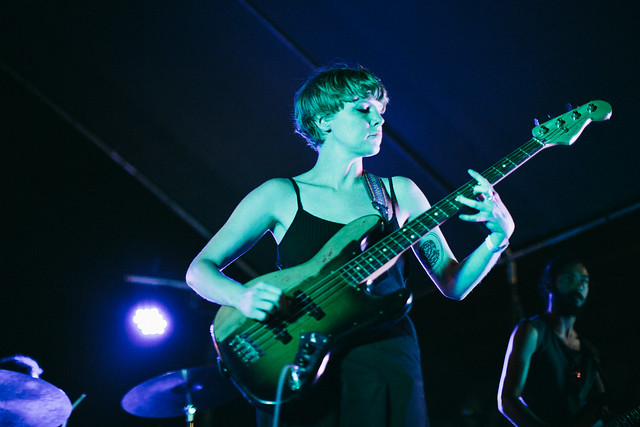 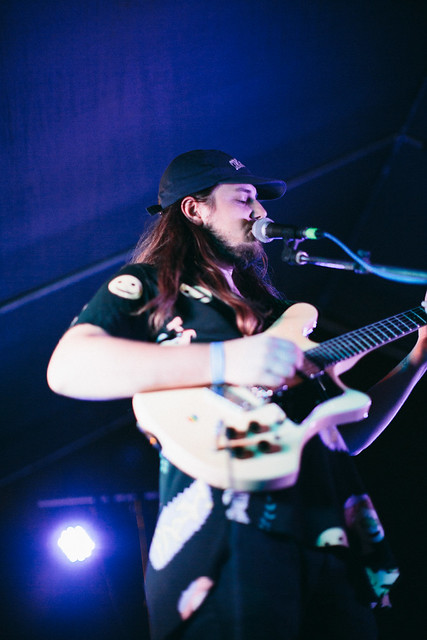 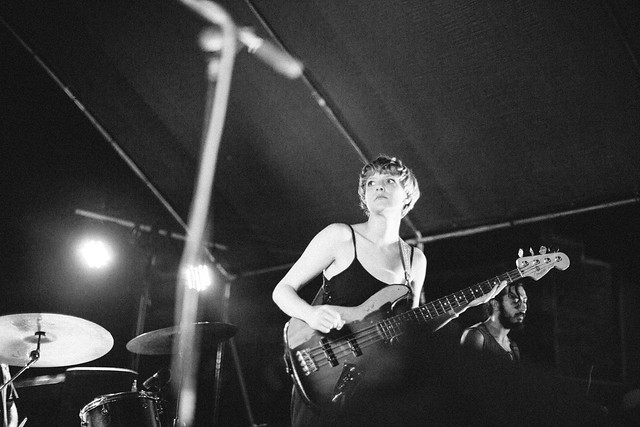 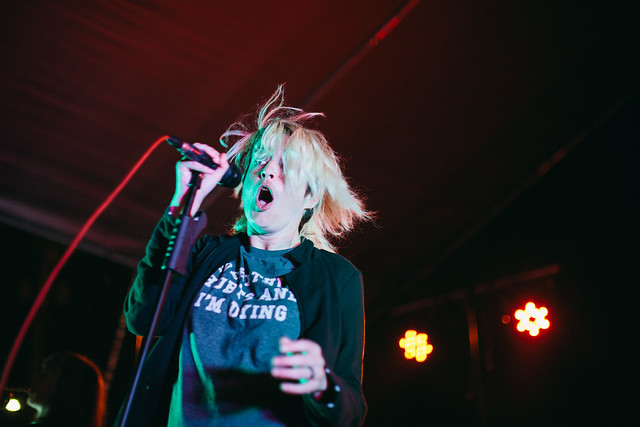 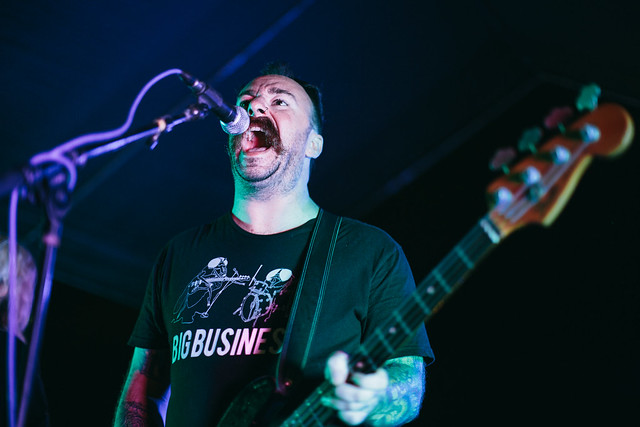 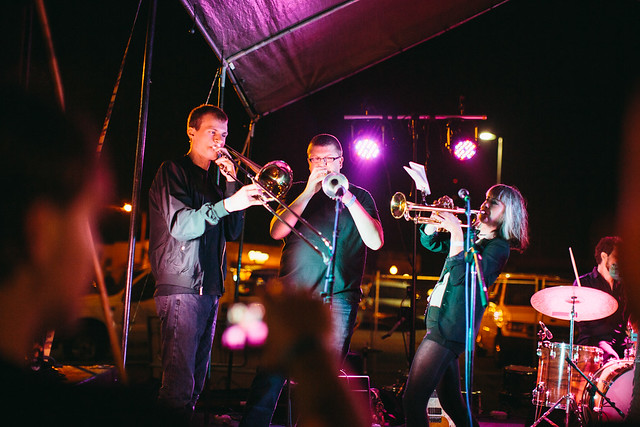 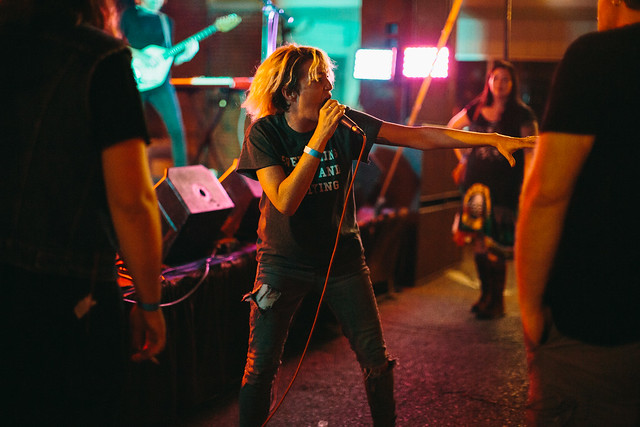 There are already only four weeks of Hear Lincoln left, but plenty of great acts on the docket. Join us this Friday at 5 p.m. for blét and Jens Lehman & the Time Cops (RSVP here). 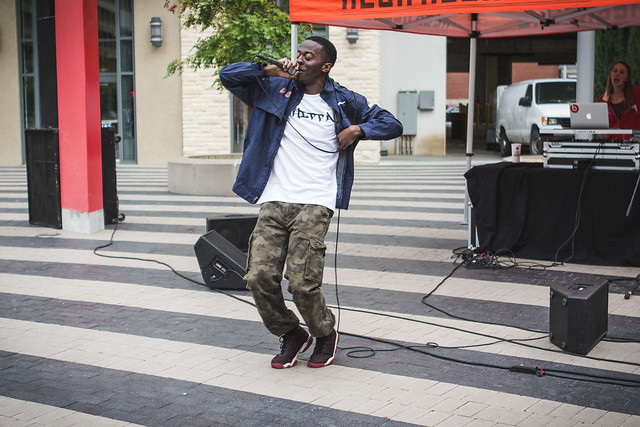 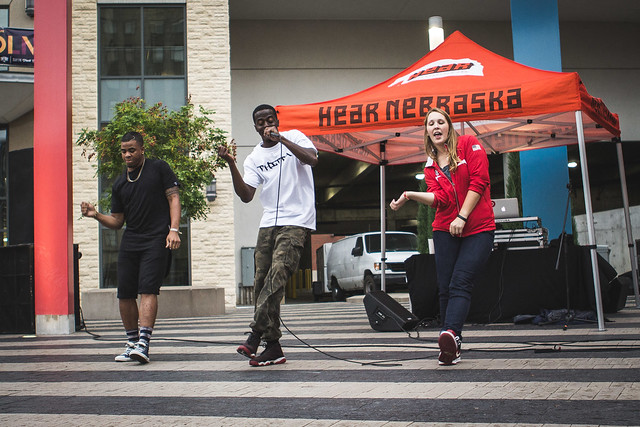 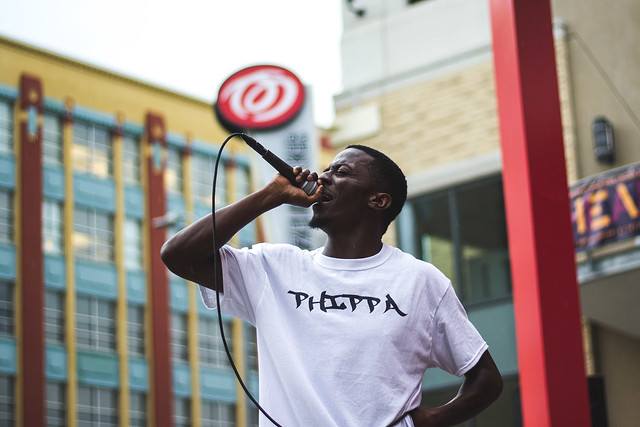 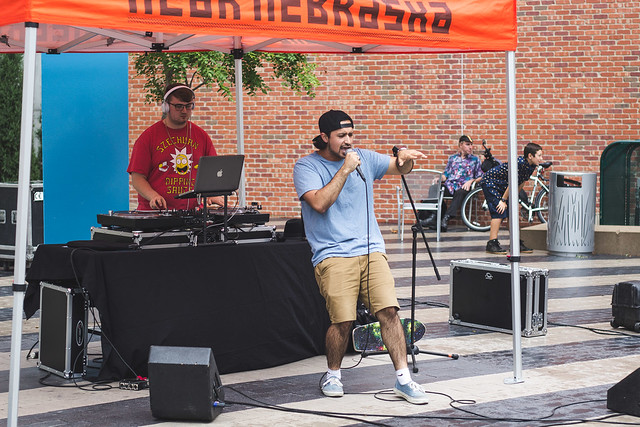 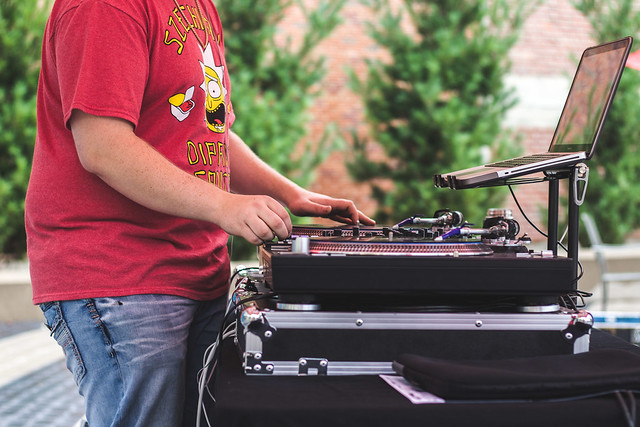 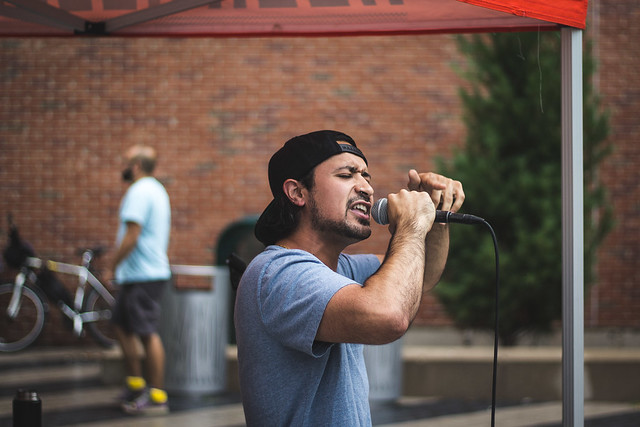 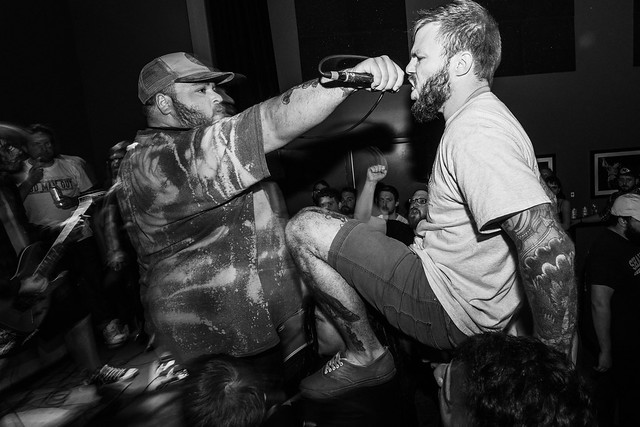 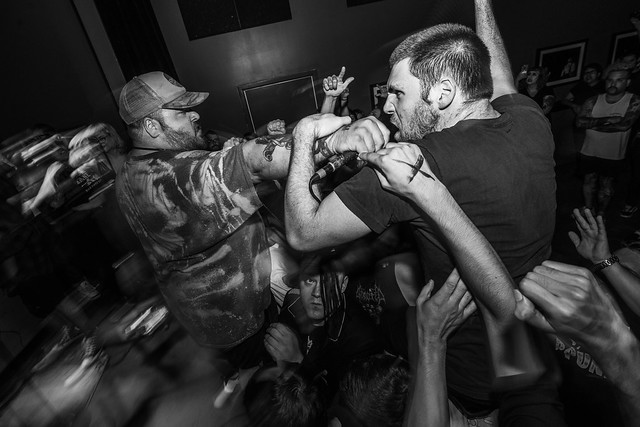 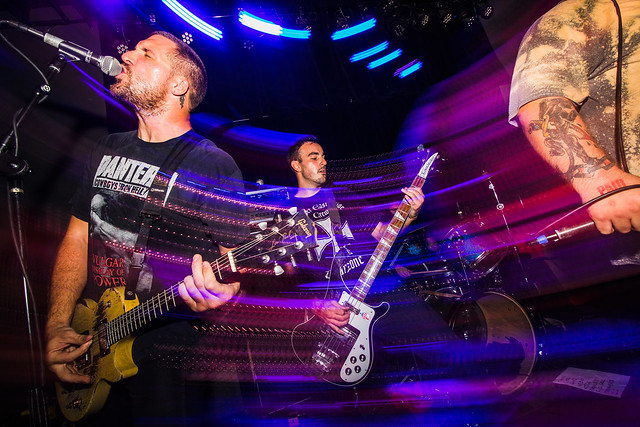 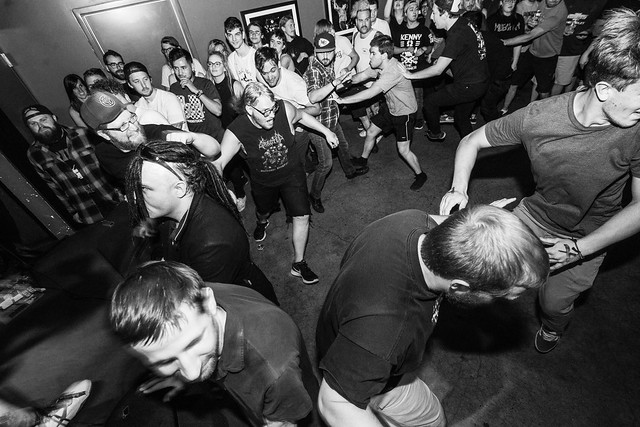 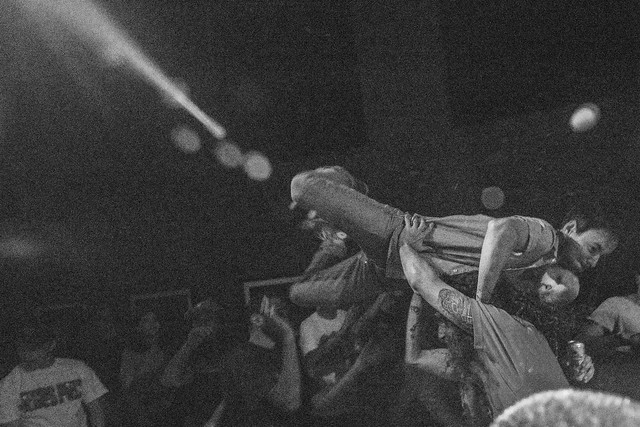 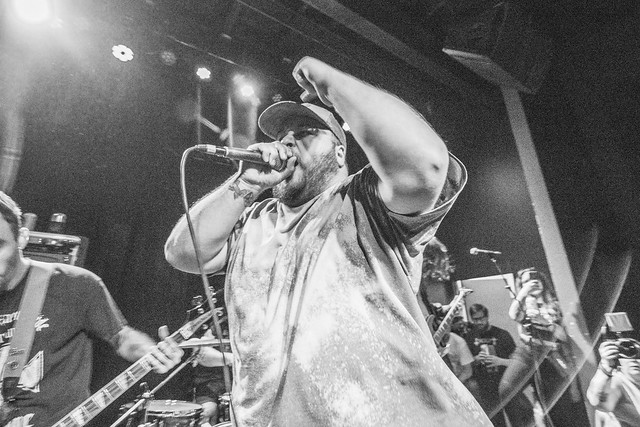 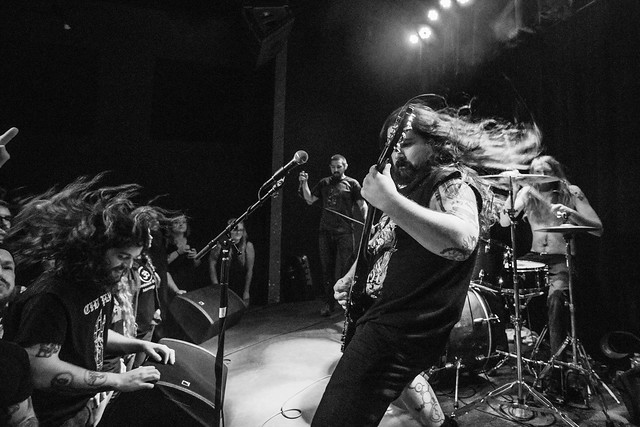 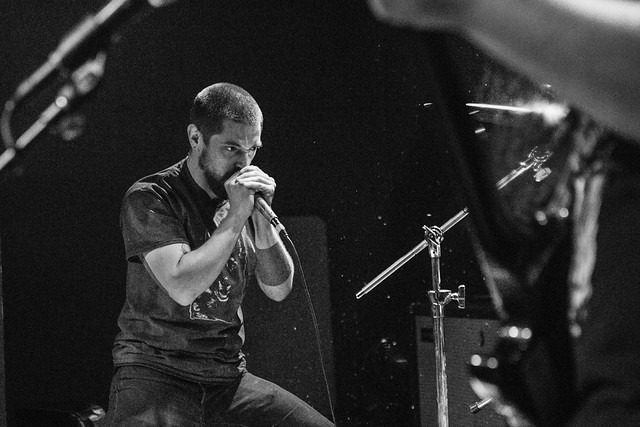 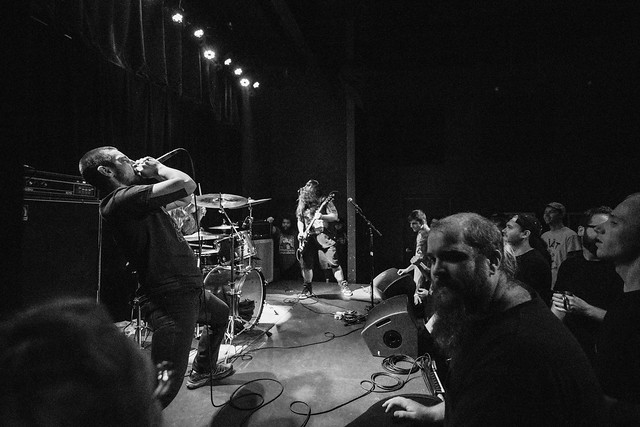 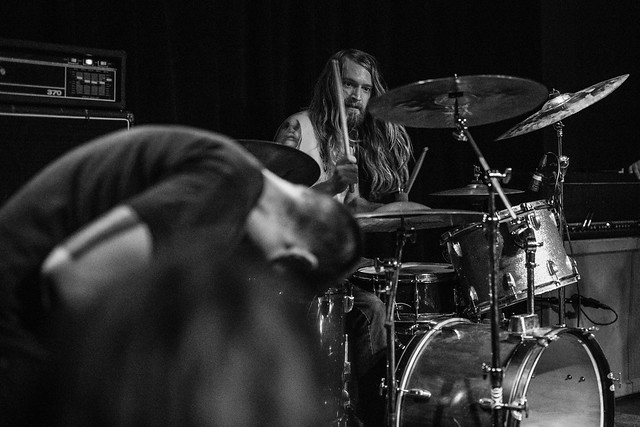 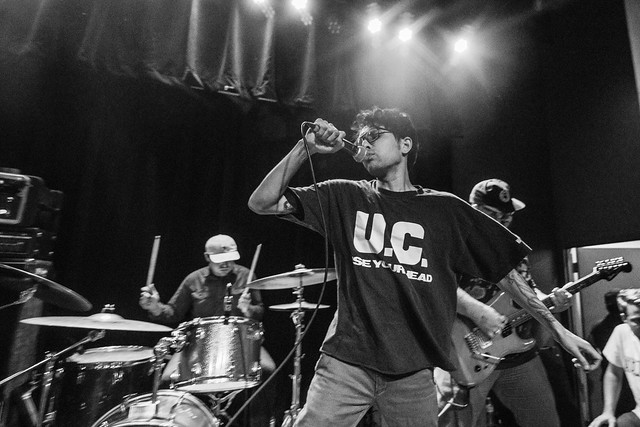 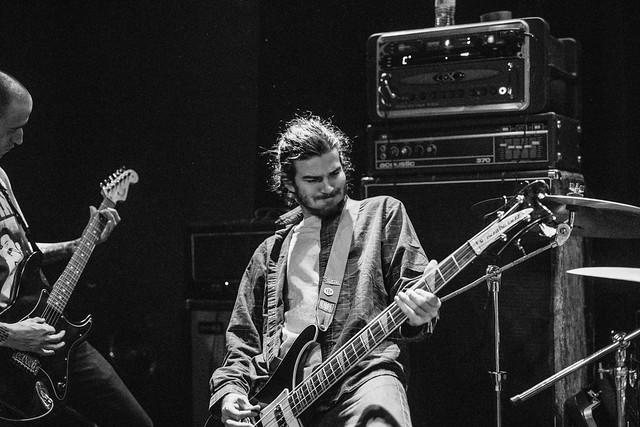 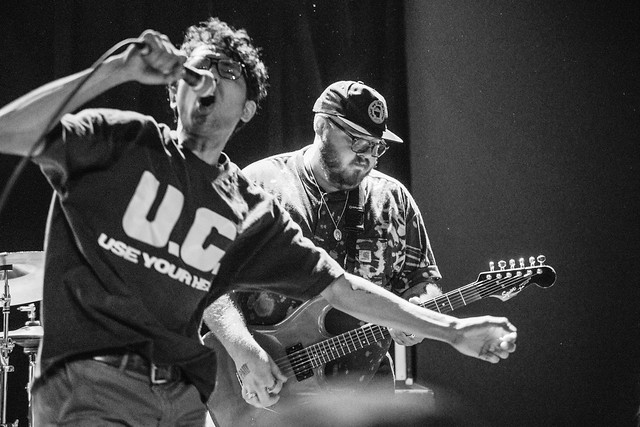 Plan for the second half of your concertgoing week with our statewide calendar here. Submit events using the Contribute feature here or by emailing them to news@hearnebraska.org (with your story ideas, news tips and song submissions).