Vega, Stereogum and the necessity of accuracy

Lincoln’s Vega found itself in the national press for a regrettable reason Saturday, as a Stereogum article falsely reported that less than 25 people attended last Tuesday’s Mark Kozelek show. Stereogum’s blurb echoed an inaccurate total from a Daily Nebraskan review published earlier in the week.

Vega ownership released a statement shortly thereafter, decrying both articles (and ones by NME and FACT Magazine) for inaccurate reporting “magnified to an international level in what seems to be an attempt to disparage the artist.” Kozelek has had recently deteriorating relationship with media and fans due to comments made in the press and at concerts.

Bear with us a for a little inside baseball. Concert reviews are largely subjective interpretations and opinions based on gathered facts and (often inevitably) the reviewers personal taste. But clumsy reporting like this, even well-intentioned, at best can lead to misperception and at worst, damage a venue’s reputation and perpetuate a negative stereotype — whether affecting the state’s music scene, the artist or the venue itself.

We comment not to disparage any of these normally reputable publications. All articles have since been corrected to reflect the actual attendance count, which was 86 people. The DN’s review was otherwise fair. Plus, we’ve made mistakes as well; it’s an unfortunate part of reporting.

The danger here lies in relying only on a student-newspaper review of a local show, backed with what appears to be no original reporting, in an attempt to drive traffic to a website. It’s example of how avoidable errors can spiral out of control.

A simple phone call or email message to the venue to verify attendance might have meant one less (sensational) piece of content for the day, but it would have certainly been the ethical approach. Cheers to Vega for making a public stand. Here’s hoping everyone involved learns from this situation. Clearly, and in no small way, the reputation of the state’s music scene and music journalism hinges on it.

If you’re reading this, chances are you know a visual, writing or performing artist — paid or not — honing their craft. The City of Lincoln and the Lincoln Arts Council are teaming to honor the best and brightest, as well as give them an opportunity to further their work.

Nominations are now open for the 2016 Mayor’s Arts Awards in Lancaster County. The 38th annual event — held June 1, 2016 — will honor achievement in visual, literary and performing arts, as well as categories for youth, legacy, benefactors and special events.

For the eighth straight year, the Mayor’s Arts Awards will also grant two Lincoln Mayor’s Kimmel Foundation Awards to one visual artist and one writer (musicians included). The award includes a two-week artist residency at the Kimmel Harding Nelson Center for the Arts in Nebraska City, as well as a $1,000 stipend. Resident artists are provided with living accommodations, studio space and, more importantly, uninterrupted creative time.

Recent resident writer Becky Boesen had the following to say about her 13-day stay at Kimmel Harding Nelson, during which she was able to complete drafts on a musical, an essay, two songs and a screenplay:

“It is fair to say that I was entirely shocked by the amount of writing I was able to produce at the Kimmel Center. The experience far exceeded my expectations and served as a reminder that while some work best under linear guidelines, there are many of us who need opportunities to create without boundaries or guidelines to do our best work. Everyone can benefit from freedom and headspace.”

The 2016 Mayor’s Arts Awards nomination deadline is January 14, 2016. Download and complete the form here. Lincoln Mayor’s Kimmel Foundation Awards applications are due March 10, and can be filled out here.

HN multimedia intern Lindsey Yoneda followed her curiosity Friday night to Lincoln house show venue The Tree House, where a “secret show” was set to go down. It turned out to be the Ambulanters, I Forgot To Love My Father and Better Friend, all squeezed into the tightly-packed space. See Yoneda’s photos below. 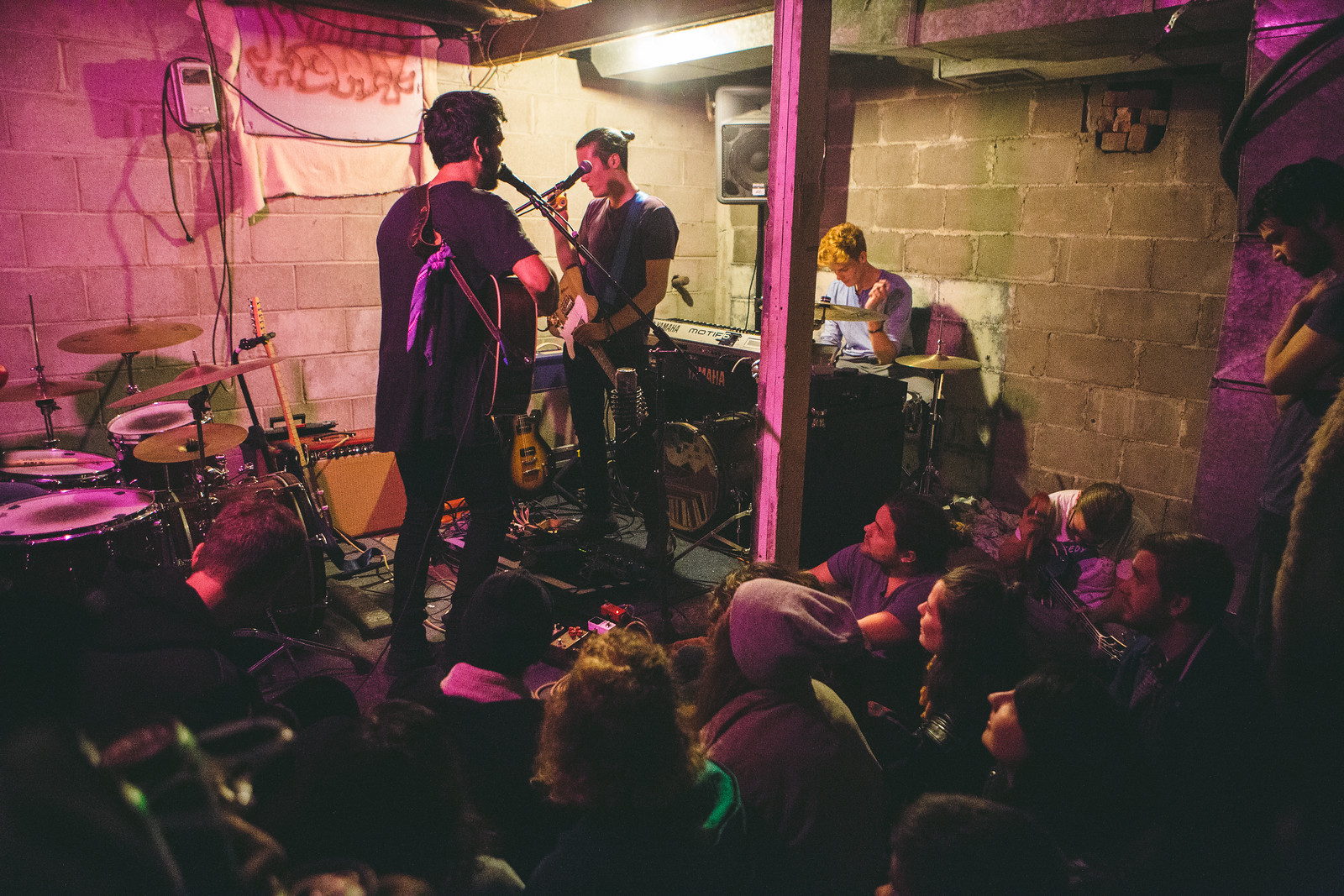 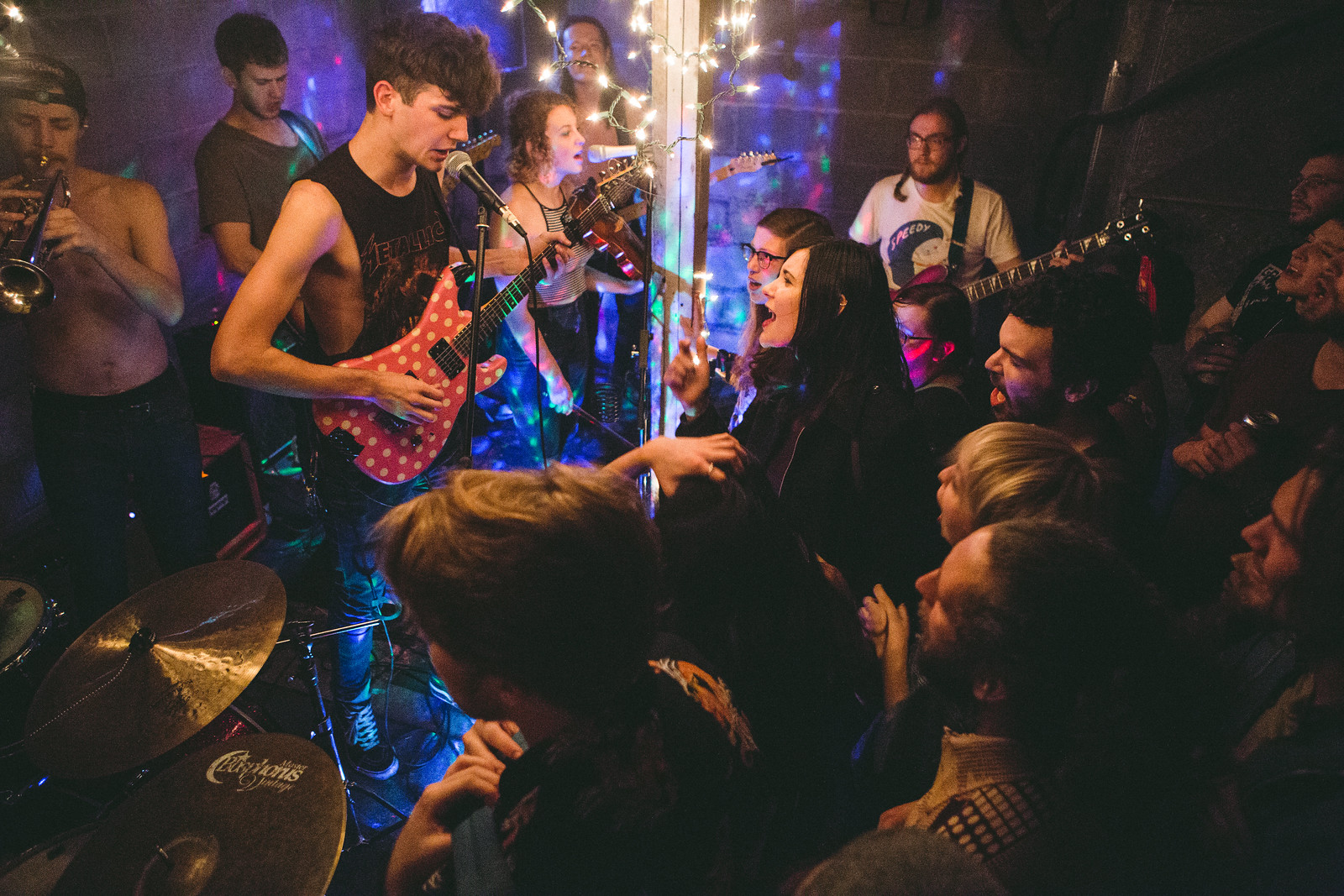 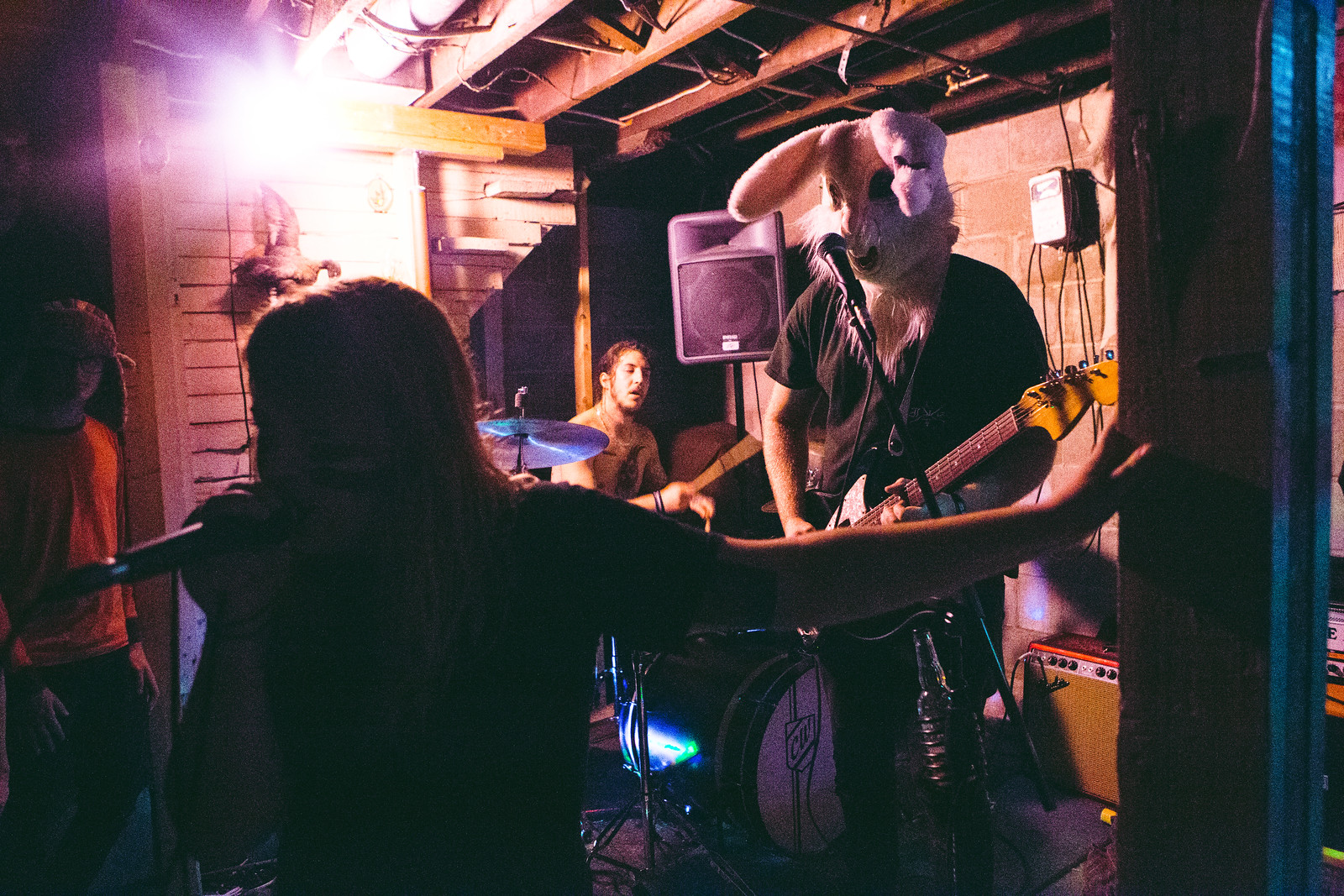 Live music elsewhere is sparse, but if you’re in Omaha and looking for a good laugh, comedian Adam Clayton-Holland headlines a comedy billing at O’Leaver’s. The nationally touring headliner was named one of 25 “Comics to Watch” by Esquire Magazine and has appeared on Conan, The Pete Holmes Show, ABC’s erstwhile comedy “Happy Endings” and was featured on the Nerdist, Comedy Bang Bang and Sklarbro County podcasts. Former Nebraskan Ian Douglas Terry will also perform, along with Ryan de la Garza, Mike Vamosi and more. RSVP to the 7 p.m. show here.