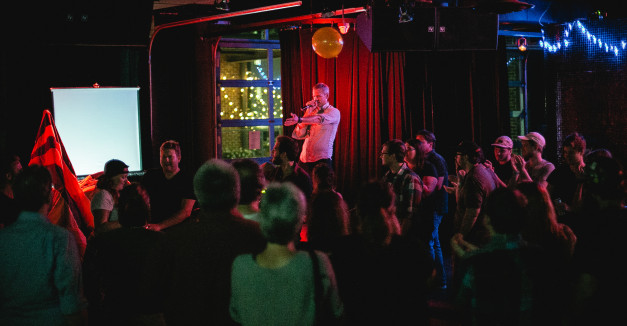 Twinsmith has announced a slate of fall tour dates in support of May 2015 release Alligator Years.

It starts Sept. 10 in Lincoln, as the Omaha indie pop outfit plays Zoo Bar with The Olympics and I Forgot To Love My Father (RSVP here). Then they hit the upper Midwest for a seven-day run. After a month off, they’ll head south through Kansas, Texas, Tennessee and Missouri.

Alligator Years was released May 4 on Saddle Creek Records to generally positive reviews. The band has since seen a spike in publicity, playing larger festival dates and touring with the likes of Cursive and Reptar.

The Omaha-native brass duo of Adeev and Ezra Potash will headline next Saturday’s second 11th Street Festival at Toast of the Old Market.

The Potash Twins have reached #9 on the iTunes Jazz Charts after working with Funkytown producer Steven Greenberg. They released the EP to sold-out Minneapolis club Icehouse last week.

For more information on the second-annual Toast of the Old Market — next Saturday, Aug. 29 — visit toastoldmarket.com.

The solo acoustic concert checks in at just less than 35 minutes. It features a handful of original Memory Mines songs, as well as a cover of the Beatles “Golden Slumbers.”

In advance, see photos from last night’s show below: 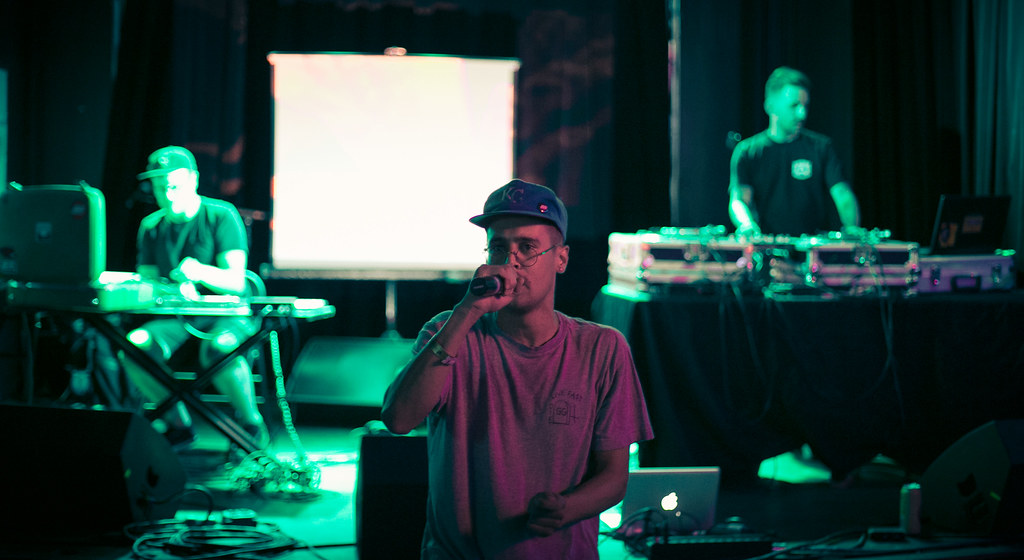 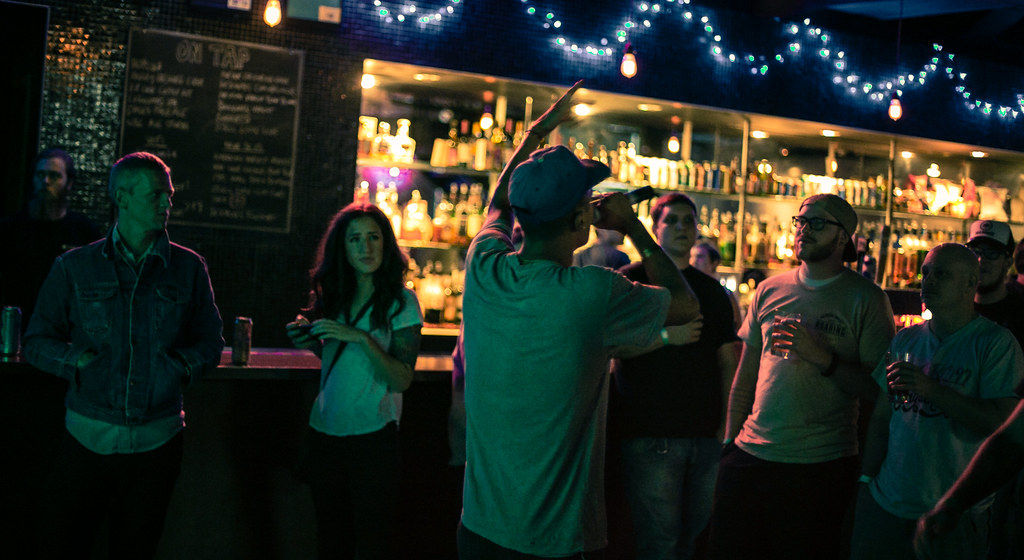 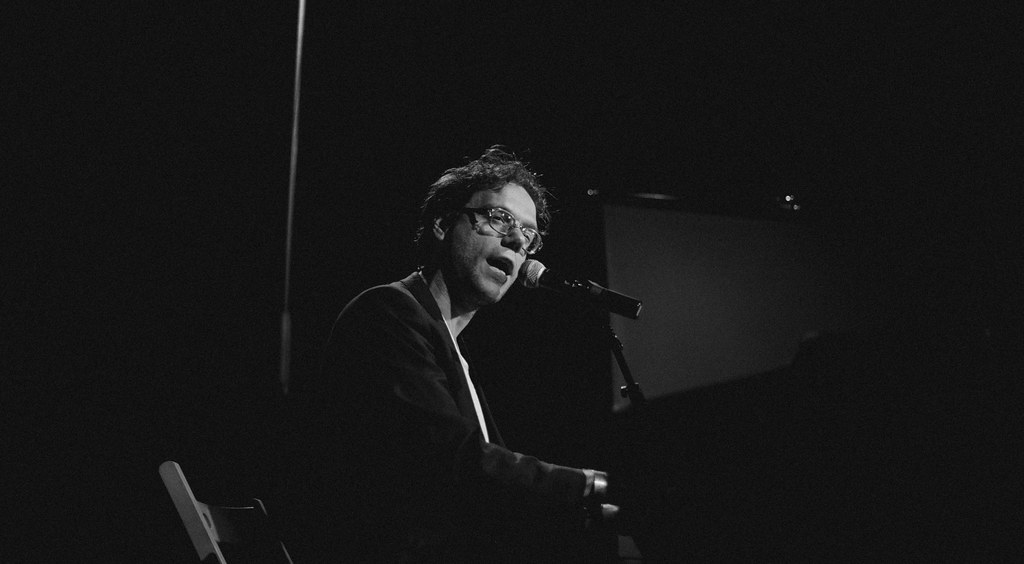 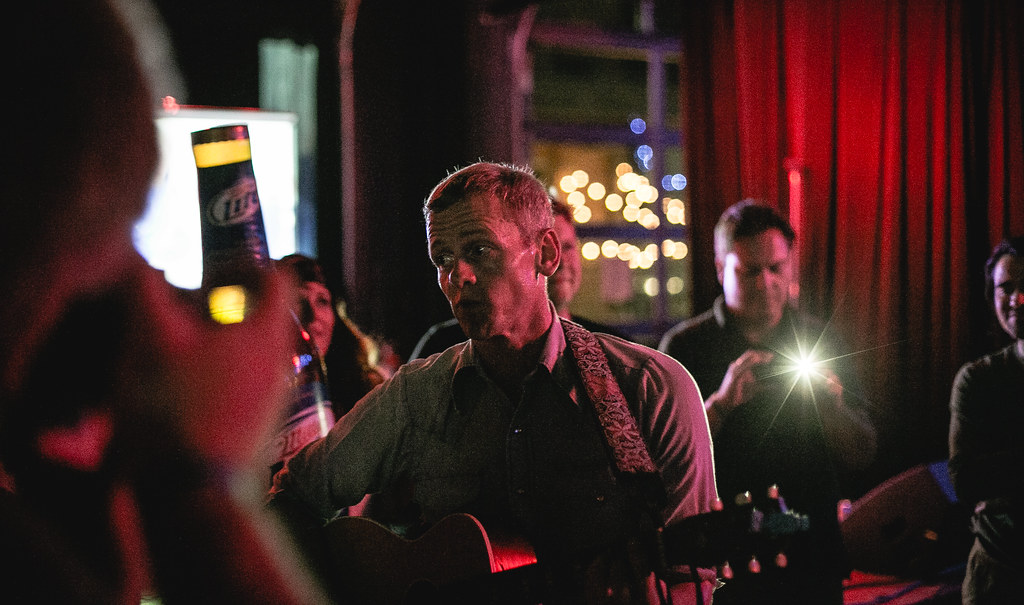 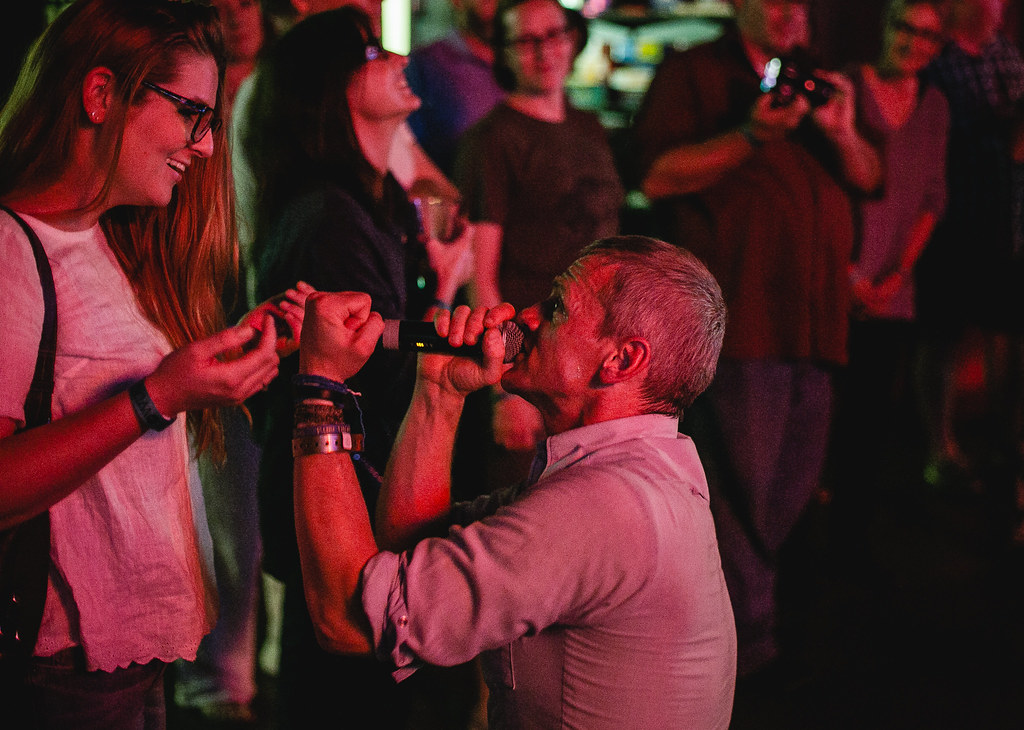 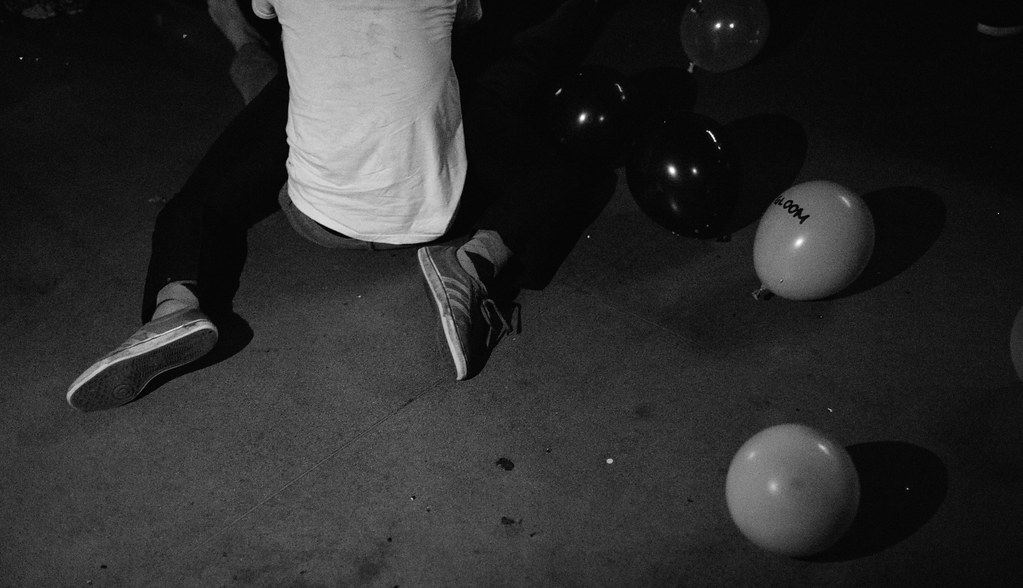 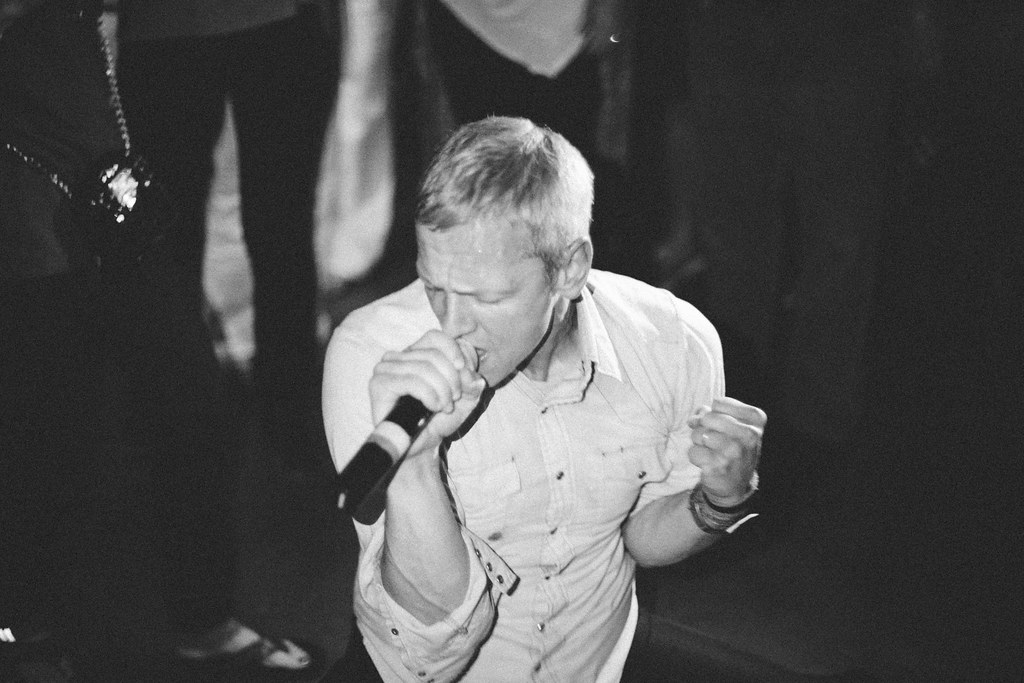 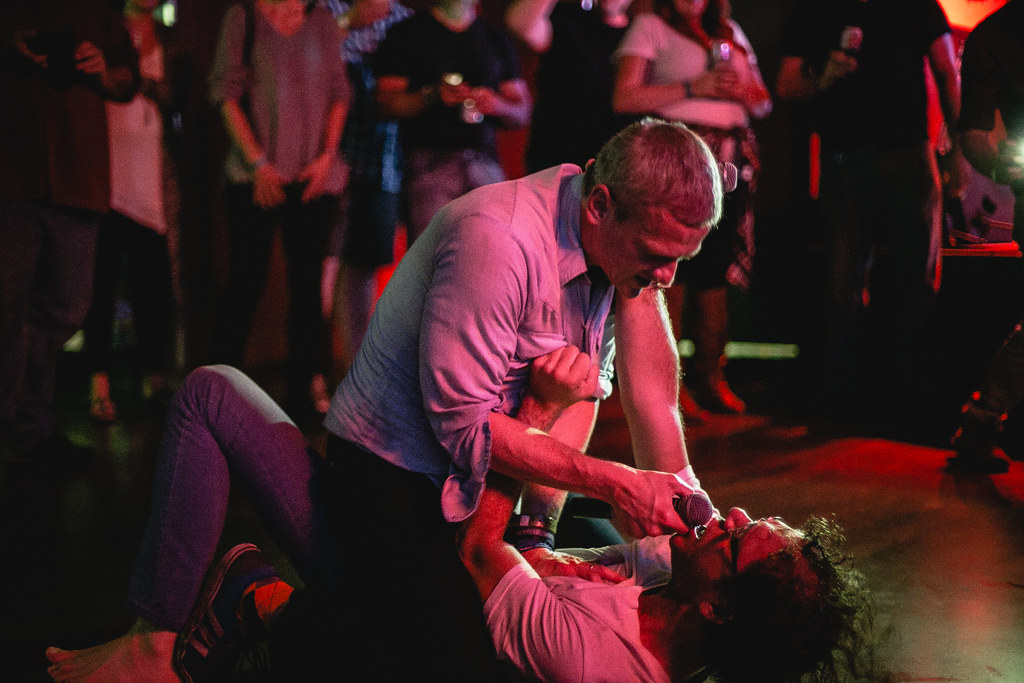 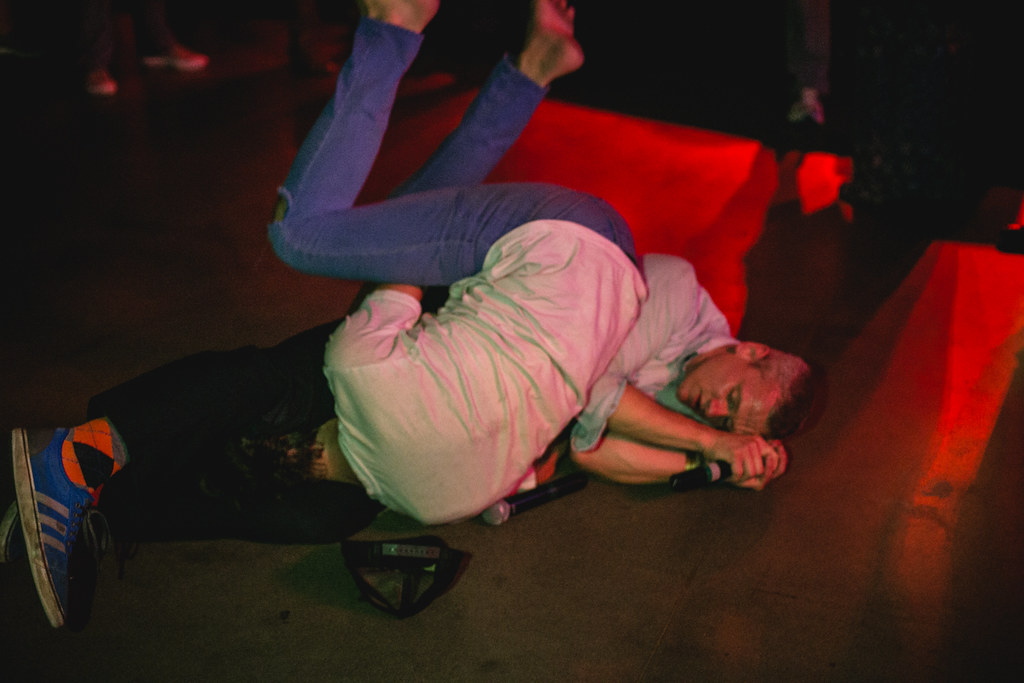 We often hear stories of the problems in third world countries: hunger, poverty, homelessness. Panning shots of trash-filled streets and children looking longingly at the camera fill the screen.

In Shake the Dust, a documentary directed by Adam Sjoberg and produced by Nasir “Nas” Jones, viewers are given a snapshot of how breakdancing has impacted several ghettos, favelas and slums around the world. The feature plays at Film Streams on Sunday, August 23, at 7 pm, as part of its continuing “Sights On Sounds” music documentary series (RSVP here).

Narrated by individuals living in less than desirable conditions, the feature tours the slums of Uganda, Colombia, Cambodia and Yemen, focusing on how hip hop and breakdancing has impacted these communities. From getting children off of the streets to teaching students about chasing their goals, breakdancing has played an integral role in the survival of the human spirit in these countries.

“We have been taught that the life of the street is all about survival,” the narrator of the trailer says, “but we are doing more than just surviving. Our dream is to change the slums.” Focusing on this dream, the film follows several different people in several different countries brought together by the idea that music, predominantly hip hop, will change their lives. The narrator even goes so far as to call his group of breakdancers “the real kings and queens of hip hop.”

Before the 7 p.m. screening, if weather permits, True X Crew will perform outside Film Streams. True X Crew is a breakdancing collective hoping to show the positive side of hip hop culture and the arts.

This weekend brings a veritable smorgasbord of shows, so let’s get to the details.

Tonight at The Waiting Room, a quartet of Omaha bands will play Sci-Fi for Cy Fi, a concert benefitting the Children’s Organ Transplant Association (COTA) campaigns of Alexis Stansbury and Meghan Zimmerman, both of whom are battling cystic fibrosis. Zimmerman recently received a double lung transplant, while Stansbury is on the waiting list for the same procedure.

Sci-Fi for Cy Fi features performances by All Young Girls Are Machine Guns, The Subvectors, The Superbytes and Robo Dojo. Attendees are encouraged to sport their best sci-fi costumes. The two best-dressed will receive a pair of weekend passes to next summer’s O Comic Con. There will also be a raffle for prizes from Legend Comics & Coffee, Dragon’s Lair Comics and Krypton Comics. Finally, a band-swag prize pack will be awarded to the contestant who best emulates the sounds of Chewbacca (for the record, we’d try to play up his more restrained side).

Also tonight, Omaha singer/songwriter Tara Vaughan plays Slowdown with The Derby Birds and The Hottman Sisters. Entry to the all-ages front-room show is $7, and the doors are at 8 p.m. RSVP here.

Tomorrow night, See Through Dresses plays O’Leaver’s with Omaha’s Sidewalkers. This will be the last stop for See Through Dresses on its August tour before a much-deserved break. New EP End Of Days is set to drop this fall on North Carolina label Tiny Engines, to which the band signed in May. RSVP to the 9 p.m. show here.

Check out the rest of the weekend slate at hearnebraska.org/events, where you’ll find out statewide calendar of events. If you do not see your show or one you plan to attend, email us at news@hearnebraska.org, or add it yourself. And keep those song submissions, story ideas and news tips coming. See you out there.