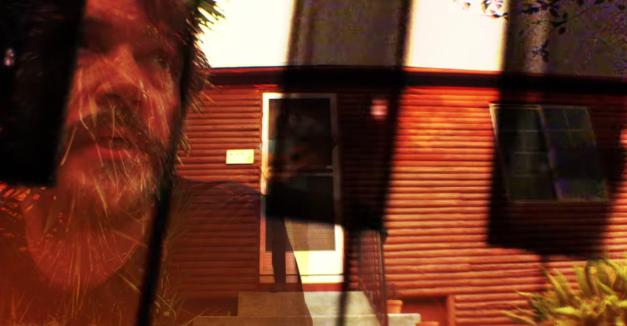 Tim Kasher releases video for “An Answer For Everything”

Less than two weeks from the release of his third studio, Tim Kasher has blended its thematic and musical elements into a new video.

The Cursive frontman has shared the video for “An Answer For Everything,” the first single from his forthcoming LP No Resolution. Self-directed by Kasher, it combines what appear to be scenes from his forthcoming debut full-length cinematic feature of the same name with shots of Kasher playing acoustic guitar.

In the clip, the characters appear frustrated, coping with crumbling relationship while Kasher’s voice signals at the frustration of cherished memories: the prospect of proposal, an intimate photo. The title reads here as exasperation as the characters grapple with how things could have fallen apart.

No Resolution drops Friday, March 3 via Cursive’s new label 15 Passenger. Those who pre-order the album will automatically be entered to win a copy of all the label’s vinyl releases for life (find details here).

Watch “An Answer For Everything” below:

If you follow Nebraska music with any regularity, you’re surely familiar with ARC Studios. The Omaha recording locale has played host to local acts like The Good Life, See Through Dresses, Bright Eyes and Simon Joyner as well as nationally touring ones like Rilo Kiley, Saintseneca, First Aid Kit and more.

But what of the space itself? South Dakota singer/songwriter NW Engbers, long a fan of the Nebraska music scene, had the opportunity to cut a record there while capturing his experience for a self-released mini-documentary.

The film, posted January 24, charts the recording session for Engbers’ album The Inner World. Whole much of it features the South Dakotan breaking down the record itself and its philosophy, there are some great shots of the working process.

Engbers says he has “had a crush on the Nebraska scene” for a long time, driving down to Omaha and Lincoln for shows and often missing class the next morning. He had also been fond of many of the artists that had recorded at ARC — something he kept in mind when it was his turn.

“When I found that I could record at ARC … at a price comparable to what I’d have paid up here, that was a no-brainer,” Engbers says.

He and his band worked directly with Ben Brodin, who recorded, mixed and played on The Inner World. Engbers says he typically finds the process to be “super stressful,” agonizing over costs and getting his sound just right. Not so with his ARC session.

“My time at ARC was by far the most relaxing recording experience I’ve ever had,” Engbers says. “Ben took time to understand what I wanted to accomplish, how I wanted the record to turn out, and just to get to know me and my band. I probably couldn’t have done it without him.”

Watch the video below. The Inner World is available for pre-order here.

Attention artists and musicians looking for a dedicated, nurturing workspace.

The Bemis Center for Contemporary arts has opened applications for its 2018 Artist-In-Residence programs occurring Jan 10-April 6 and May 16-Aug 10, 2018. National and international artists of all backgrounds and areas of practice — musicians included — are encouraged to apply by the April 1, 2017 deadline.

Located in Omaha’s Old Market, the Bemis Center’s 110,000 square foot facility is equipped for a broad range of artistic activity. Selected artists-in-residence have access to private live-and-work studios complete with kitchen and bathroom, as well as 24-hour access to installation and production spaces.

Residents also receive a $750 monthly stipend to help with materials, supplies and living expenses, plus an unrestricted $500 travel stipend. Find a list of additional amenities here. It should be noted, the residency is process-based, which means there is no expectation or promise of exhibition in the Bemis’ first floor galleries. They do, however, participate in the Bemis Center’s Open House / Open Studios public program, in which they open their studios to provide attendees a glimpse into their process, present works-in-progress, and deliver a short presentation.

For complete details, instructions and the application, check out the Bemis’ website here.

Find a fuller listing of shows via our statewide calendar here. If you do not see your show or one you plan to attend, email us at news@hearnebraska.org or at it yourself via our contribute feature here.