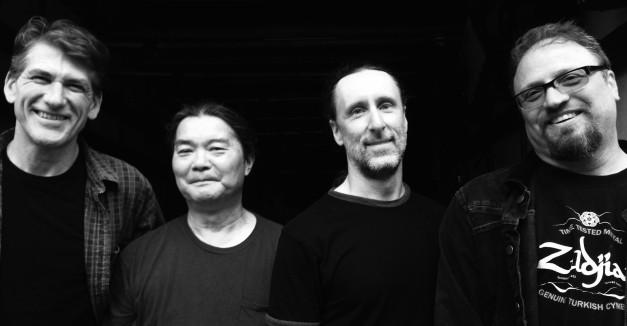 We’re 10 days away from embarking on the Good Living Tour, bringing 27 Lincoln and Omaha bands to nine towns in greater Nebraska. Today, Omaha alt-weekly The Reader ran a detailed feature on the tour, written by Lazy-i blogger and HN board member Tim McMahan.

In the story, McMahan talks to Scottsbluff resident Ryan Murphy about driving multiple hours to see rock shows, and his excitement over having a show brought to his town. The article is also a nice, quick guide to the Good Living Tour, should anyone need to get up to speed on the details.

It includes the tour schedule, lineups, the philosophy behind booking the shows and executive director Andrew Norman’s thoughts on what HN is doing to make it successful.

If you’re curious, here’s a quick excerpted quote from our executive director, Andrew Norman, on the booking strategy behind each three-act billing:

“One band will be a group that plays music anyone would be able to recognize and ‘get,’ and who are among the best in the state at what they do.”‘Examples include bluesman Josh Hoyer and The Shadowboxers, pop act Rock Paper Dynamite and rockabilly band The Bottle Tops.

“We also wanted a wildcard on each bill aimed at giving young people and kids something to expand their expectations, to say, ‘Holy shit, what is that? I want to hear more.” Examples here include indie band See Through Dresses and hip-hop acts BOTH Official and M34n Str33t.

A third band was selected for each show with ties to the community where the tour stop is taking place. Member of the dream pop band blét are from Scottsbluff; singer/songwriter Dustin Prinz Music has roots in West Point, and a couple members of Simon Joyner and the Ghosts have called Grand Island home.”

Read the article here for more.

This Friday, Omaha rock quartet Big Wheel will play a release show at Reverb Lounge for its debut, self-titled LP.

Big Wheel started as an occasional collaboration between songwriters Jason Churchill and Kevin Hiddleston, originally with the idea to create a band full of sound engineers. Hiddleston is the sound and lighting engineer at Sokol Auditorium and has freelanced for 22 years. Churchill was the first to do sound at The Waiting Room, and now mixes at Ozone Lounge.

When that didn’t coalesce, however, Hiddleston says the band rounded into form with drummer Bill Hanson and bassist Mike Matsui. Matsui also plays in Johnny Clash, while Hanson is a member of Omaha nine-piece The Confidentials.

Big Wheel is a riff-based, upbeat alternative rock album, borne of more than four years of recording in basements and at Sokol. Churchill’s and Hiddleston’s deft lead work and bluesy solos flow freely, with multiple layers of unison vocals and harmonies.

Hear “Northern Lights” below, a preview from Big Wheel’s forthcoming album. RSVP to the Reverb Lounge show here. Openers include The Sons of Reverb Lounge and The Rex Granite Band featuring Sarah Benck.

“Tomorrow Will Never Change” is a digital trio of songs, packaged much like the physical vinyl version would be. It features “Better Than You,” a demo version of “Tomorrow Will Stay The Same” and the title track.

For a full listing of this evening’s shows — including The Avett Brothers at Stir Cove (RSVP here) and Omaha songwriter Sam Martin at Pageturners Summer Concert Series (RSVP here) — check out our statewide event calendar at hearnebraska.org/events.

As always, if you do not see your show or one you plan to attend, or if you have news tips or story ideas, email us at news@hearnebraska.org.