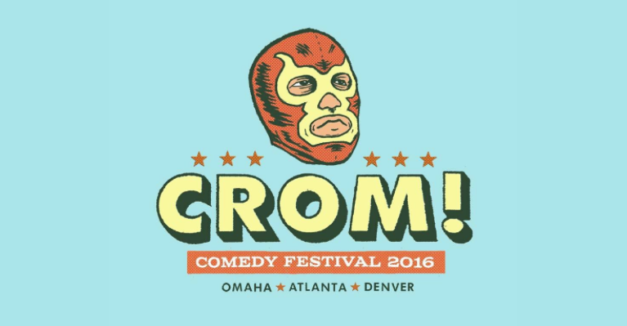 Once again, the community’s support of Hear Nebraska during Give to Lincoln Day on Thursday was incredible. Following a huge Omaha Gives day where 262 of you helped us raise more than $19,000, another 59 supporters contributed to raise another $2,458 yesterday. That means we exceeded our $15,000 goal between the two days by nearly $7,000.

Thank you so much for all your support during this annual campaign of ours. Now, let’s get back to work!

New York-based actor/ comedian Mike Lebovitz kicks off the festival at 7 p.m. tonight in the pop-up space, 729 N 14th St. Spearheaded by Nebraska native Ian Douglas Terry (OK Party Comedy), the festival has expanded to three cities this year, including Denver and Atlanta. Hear Nebraska is proud to be a media sponsor.

See the full lineup and ticket information below. And make sure to read comedian Adam Cayton-Holland’s ode to the fest (and Omaha) right here.

View a complete schedule below and RSVP here:

Lincoln Americana-folk five-piece Bernardus premieres its first of three upcoming music videos today to support its self-titled five-track EP. “Asleep” puts Bernardus in a new light with its contrasting dark background and DIY lighting. Frontman Ben Kramer says the band spent hours setting up and tearing down in the middle of The BAY skatepark and soon-to-be music venue, where 500 Dollar Video Productions produced the video after hours one night in March. Watch it below: 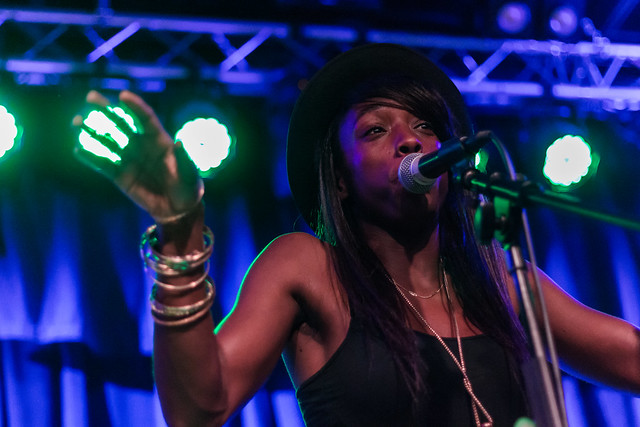 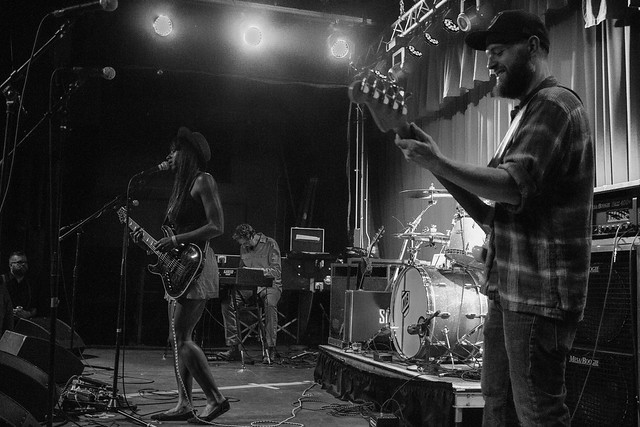 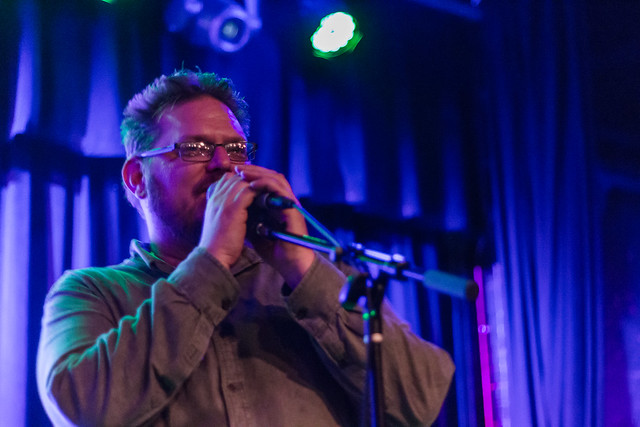 Benny and the Gents 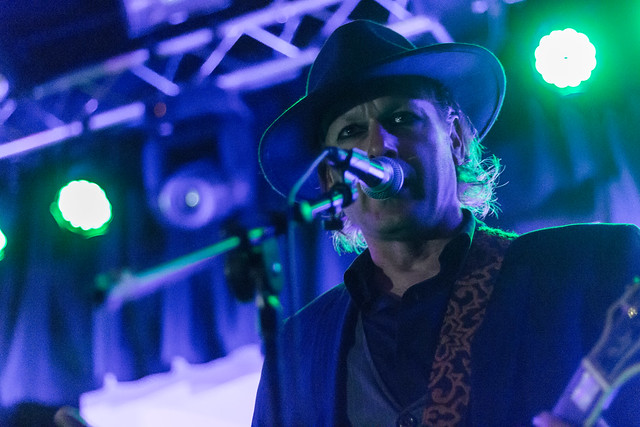 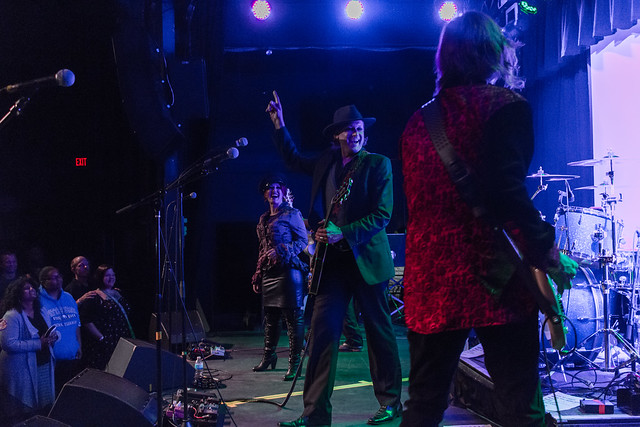 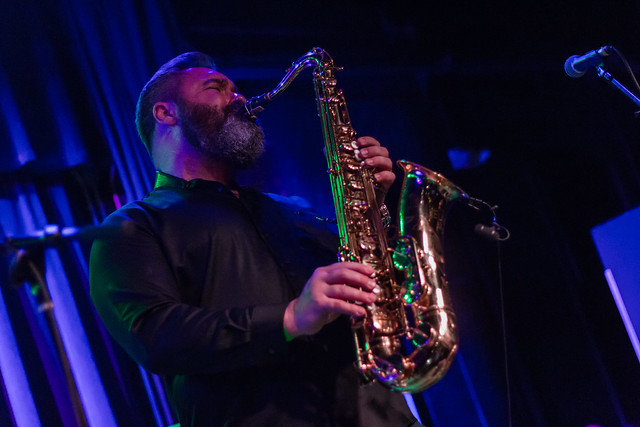 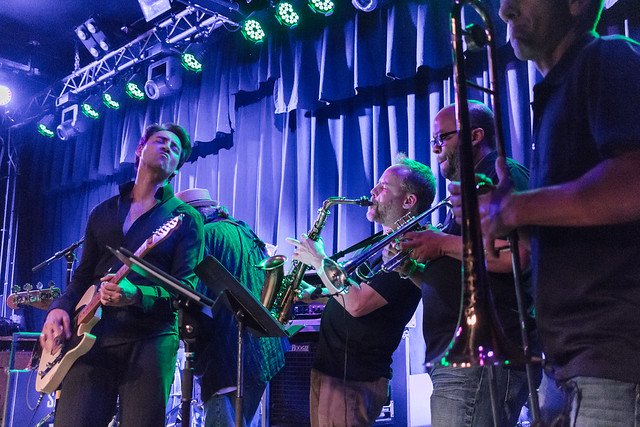 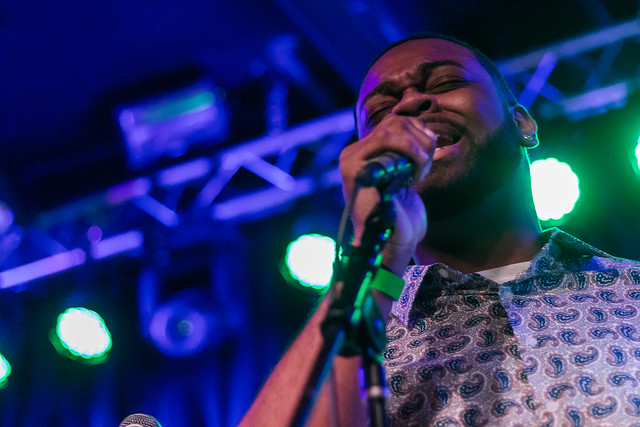 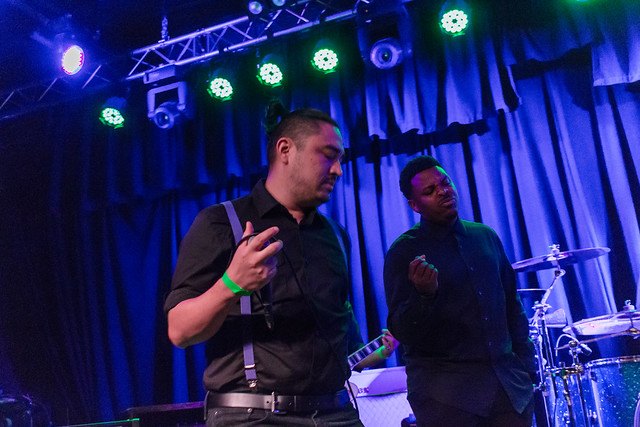 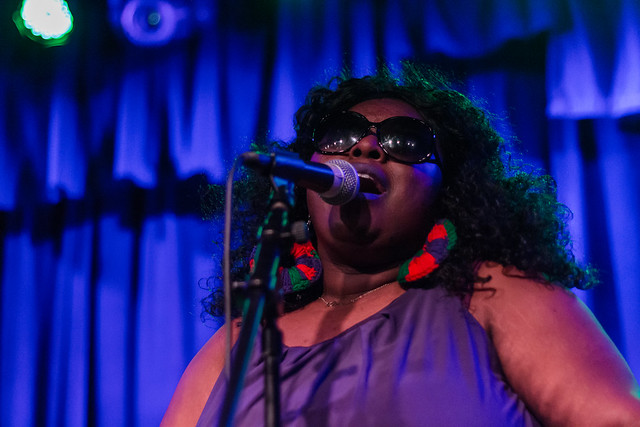 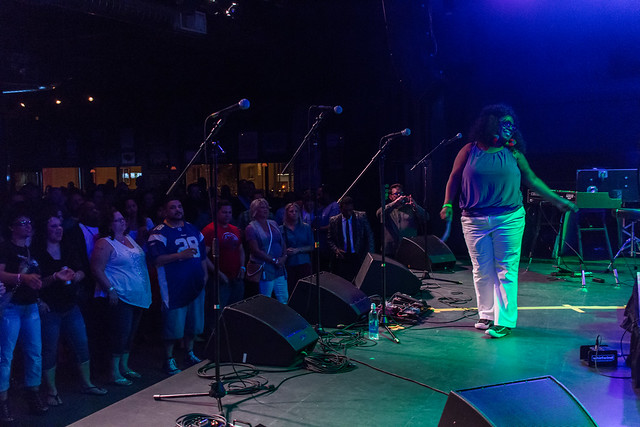 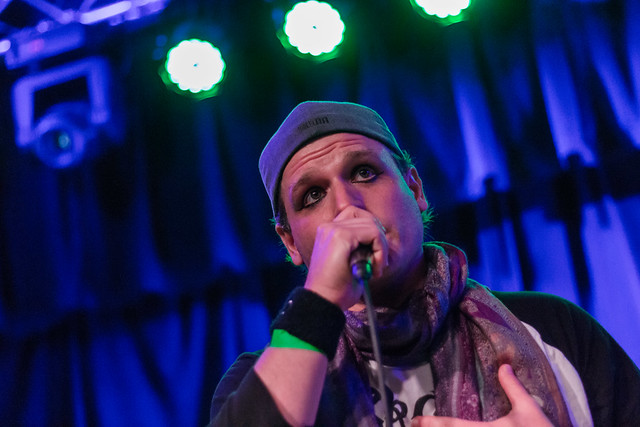 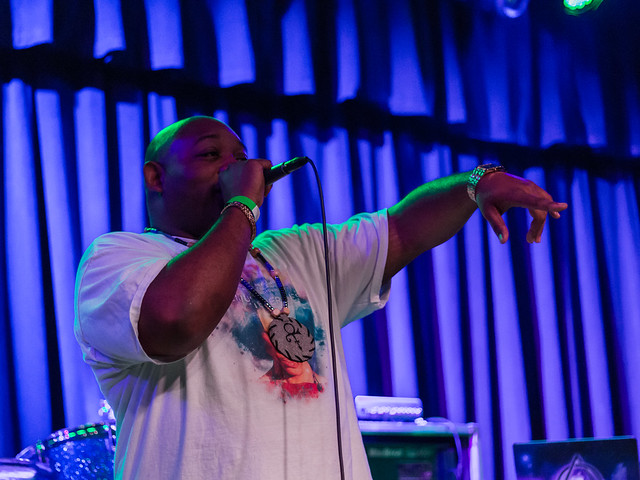 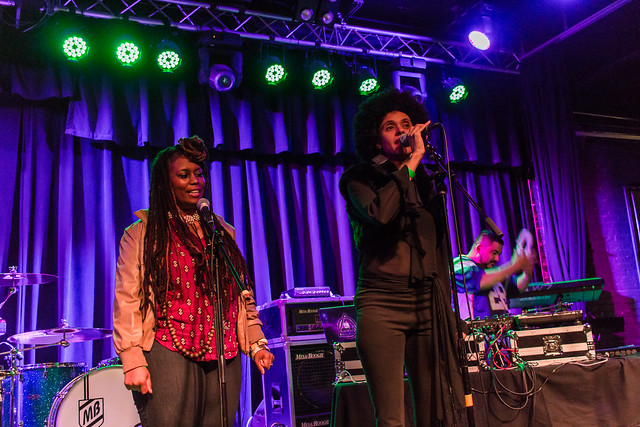 Photos from Give to Lincoln Day After Party at Nonprofit Hub

Last night, we braved the storm to hear Andrea von Kampen, Hana Zara and Steven DeLair play an acoustic show for the official Give to Lincoln Day after party at our Lincoln headquarters, Nonprofit Hub. HN contributor Peter Barnes was there to capture the performances. See Barnes’ photos from the night below: 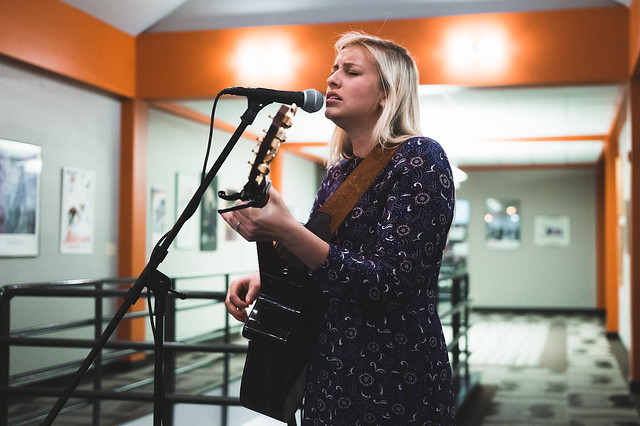 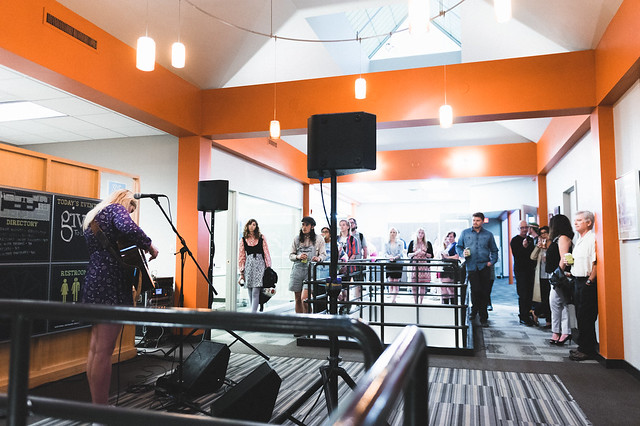 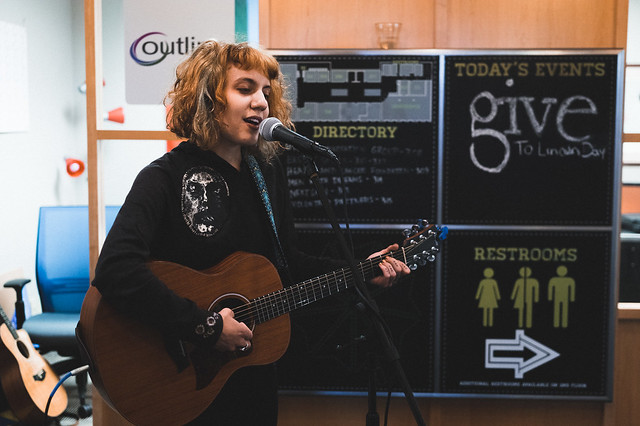 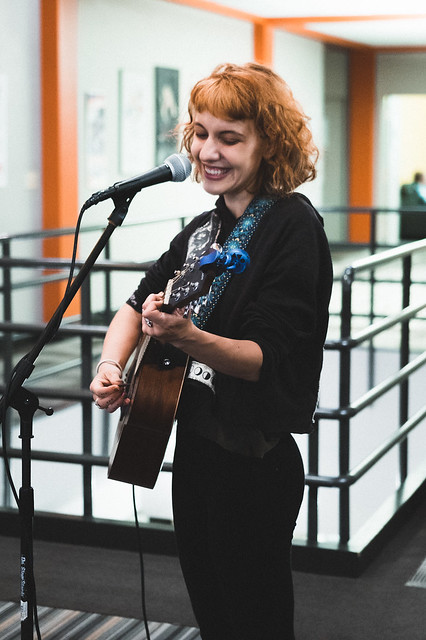 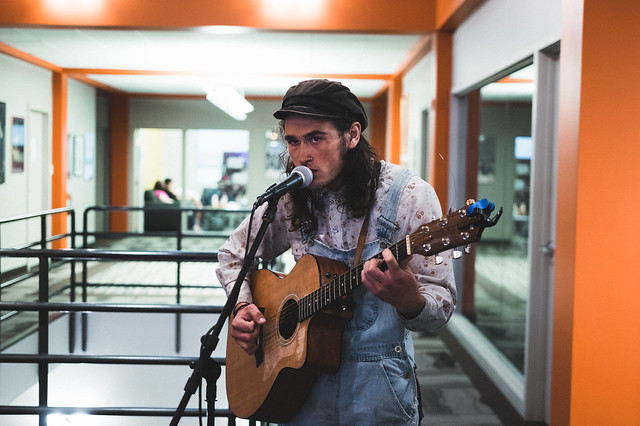 Also on Saturday, Omaha four-piece The Lupines play O’Leaver’s with Sean Pratt & the Sweats. The Lupines, currently in the process of recording a new LP, will share some new material from the unfinished album. Frontman John Ziegler told us he wasn’t yet sure who is putting out this ARC session but it should be a full LP.

“It’s a lush analog wall of boomy sound, 13 songs. Pro session with Ben Brodin. We are stoked,” Ziegler says. “We’re near to finally mastering our blistering homemade EP (7 songs), which will probably come out first. Label unknown… Still the same lineup. Calvin on drums. Tulis on bass. Friedman on guitar.”

Sunday, PINshows, Rad Kadillac Productions, JAB Entertainment, MOVEMENT, SUB CONscious Productions, 1% Productions and The Waiting Room Lounge are bringing several internationally known DJs to Omaha for the “Memorial Day Massive Block Party” in Benson. The main stage will be outdoors (presumably in front of Jake’s) where Getter, LOUDPVCK, Gladiator and Fillabusta will perform. The Waiting Room and Reverb Lounge hosts before and after shows featuring an additional 10+ acts. The outdoor show starts at 5:30 p.m. and the indoor after parties will conclude around 1:40 a.m. Tickets for the $30 event can still be purchased here.

Also on Sunday, Maryland metal five-piece Silent on Fifth Street plays a matinee show at The Commons LNK, 1239 S. 14th St., with Lincoln punk/metal group Warbonnet and Kansas heavy rock trio WIDES at 6:30 p.m. Silent on Fifth Street recently released its single “Better Off Dead” with Pure Deathcore. Listen to the track below and RSVP to the $5 show here.

On Monday, San Diego-based indie-pop three-piece The Young Wild plays the Slowdown front room with headliner and Brooklyn-based punk-pop trio DREAMERS and the Ashland, Neb., indie-rock group The Way Out.

The Young Wild’s recently released EP, All The Luck, was produced by Kevin Augunas, who has worked with bands like The Black Keys, The Lumineers and Cold War Kids. The group’s stirring vocal harmonization and upbeat energy can be heard in songs like “Moment Goes,” one of the four songs recorded in-studio for its Audio Tree Live session back in October 2015. Watch the video below and RSVP to the $8 show here.

For a full list of concerts happening this weekend, head to our statewide calendar. If you do not see your show or one you plan to attend, add it yourself here. This week, send your news tips, story ideas and song submissions to former editorial intern Gabriella Parsons, who will be running HN’s website through June 1. Reach her at gabriellap@hearnebraska.org