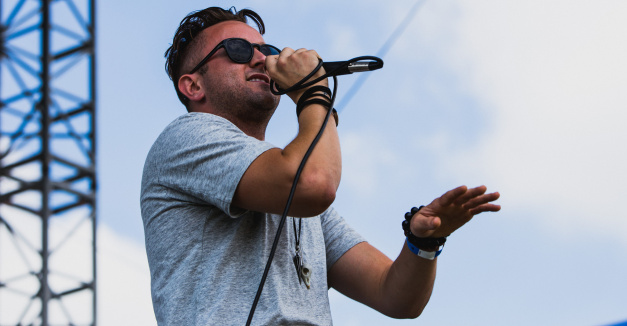 Take Cover is consistently one of our favorite events each year, and we’re happy to announce the lineup for Take Cover Omaha today.

For quick background, each year, we host a fundraiser concert of about a dozen songwriters. They play one original and cover another Nebraska artist. In 2015, Take Cover is at The Waiting Room in Omaha on Jan. 23 and at The Bourbon in Lincoln on Jan. 30. We’ll drop the Lincoln lineup tomorrow, but for now, here’s who you can come out to see in Omaha:

RSVP to the event here.

Here’s a 10-day reminder that the deadline for Hear Nebraska spring internship applications is approaching.

As always, we’re looking for self-starting multimedia and story producers with a passion for arts, culture and community. And, of course, our interns get to undertake cool, self-guided projects:

As always, the showcase is free. As are the pizza and beer.

One Percent Productions announced a few 2015 Waiting Room shows this morning, with the largest two new offerings being Doomtree’s return to Omaha on March 4 and mewithoutYou on April 7.

The former is the Minneapolis hip-hop supergroup, which played Maha back in August. With five emcees and two producers in its ranks, Doomtree is a parade of musical and talent excess, even when the spirit they embody is Midwestern, DIY work ethic. Their spring tour was announced in conjunction with group’s new album, All Hands, due out Jan. 27.

mewithoutYou, the Philadelphia-based rock band, came to prominence in the mid-00s with its loose, genre-hopping take on alt rock and spiritually-themed spoken word vocals. More on them here.

More Nebraska music news on your mind? Email news@hearnebraska.org. We do this every weekday.