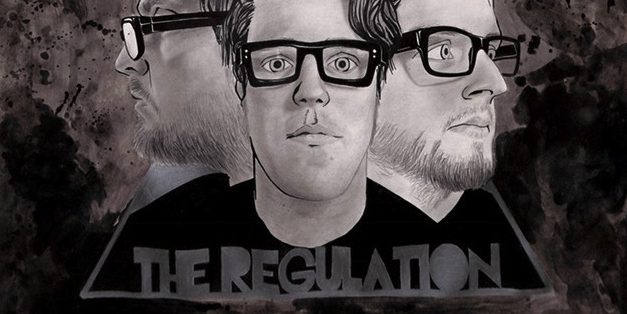 The weekend has arrived, and with it, our sixth-annual Take Cover benefit concerts featuring some of the best contemporary Nebraska acts covering their favorite Nebraska music.

It starts tonight with Take Cover Lincoln at The Bourbon, presented by Ameritas and featuring Life Is Cool, Jack Hotel, Domestica, The Morbs and more. Then tomorrow, Take Cover Omaha, presented by Medical Solutions, descends on The Waiting Room and features See Through Dresses, Rothsteen, Jocelyn among 12 total acts.

This year, both concerts are free thanks to our presenting sponsors. Your $10 suggested donation benefits Hear Nebraska and our continual coverage, promotion and support of Nebraska music. We are also giving away numerous prizes from awesome local businesses — like Omaha Bicycle Co, The Coffee House, Catalinbread Effects, Benson Brewery and more — in our raffle contest.

Find our complete digital guide here; it features a list of what you’ll hear tonight and tomorrow night and why our performs made their respective choices.

The song’s title nods at both its climactic outro and also foreglances the Jordan’s letting go and searching for purpose. The song’s verses lay the groundwork, but the atmospheric guitar solo brings it home. As Jordan notes, it is quite personal, referencing a friend that dealt with issues resulting in an extended rehab stay.

“It is a song about people’s necessity to know that they’re born with something that makes them beautiful and unique and that that quality outweighs any vice that they happen to partake in,” Jordan says.

Listen to “Release” below:

Omaha Performing Arts has announced a songwriting competition that seeks to share locally-written works with Broadway professionals on the touring cast of Broadway’s “Beautiful – The Carole King Musical.” The musical production will stop at The Orpheum Theater in Omaha from April 4th-9th, and the deadline to register for the competition is February 3rd.

The competition will be divided into age groups 13-18, and 19 and older. Complimentary tickets to opening night of the production will be awarded to the top 20 winners, while the top 10 will be featured in a songwriting showcase at The Waiting Room on March 27. The winner of each age group will be awarded with a recorded video of their work as performed by a cast member of the Broadway production.

Registration for the contest and additional information can be found here.

Tonight, David Nance Group, Satanic Abortion and Suzie Q play at Brothers Lounge. After dropping More Than Enough last year to a dose of local and national acclaim, Nance is gearing up for a big year that will include more touring and a brand new full-length. More on that next week. 9 p.m., $5, 21-plus, RSVP here.

Also tomorrow, Once A Pawn, Domestica and Bien Fang play 1867 Bar. All proceeds from the $5 door cover will benefit Planned Parenthood of the Heartland. 9 p.m., 21-plus, RSVP here.

And Sunday, Omaha rock act I Am The Pendragon releases its debut full-length album The Story So Far… at a concert at Sozo Coffeehouse. The band is thus far just one member, Jerrod Cunningham, who wrote and recorded the album alone over a two-month process. Check out the video for “Where It All Begins” below. 7 p.m., $5, RSVP here.

View a fuller listing of this weekend’s events on our statewide calendar here. Let us know where you’re attending, or note anything we’ve missed, in the comments. Email us at news@hearnebraska.org with news tips, story ideas and song submissions for HN Radio. Follow along this weekend via Instagram and Twitter (@hearnebraska).