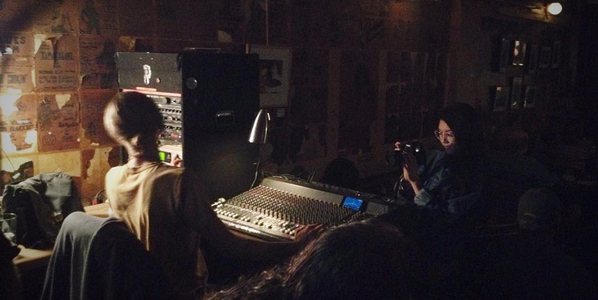 Autumn is well underway, and as we draw nearer to the end of the year, we’re looking for applicants for our Spring 2016 internships.

We aim to bring on at least one multimedia intern in both Omaha and Lincoln and one marketing intern by the beginning of January. As always, we’re looking for self-starting multimedia and story producers with a passion for arts, culture and community. Your computer will be your workplace, and you will help us cover, promote and document the state’s music culture for 15-20 hours/week.

And, of course, our interns get to undertake cool, self-guided projects:

I was lucky enough to serve as editorial intern in the fall of 2014, and if I could say one thing about the experience: You get out of it exactly what you put in. There will be opportunities to produce engaging, original stories and multimedia; to see great shows, both local and national; and through tough edits and and a great work-ethic, to grow as a journalist.

It takes self-motivation, creativity and enthusiasm, but the effort pays off in valuable experience, a dynamic portfolio and heart-warming memories (plus, you get to hang out with me!)

If these qualities and opportunities appeal to you, we’d love to see your application. Apply by Friday, Dec.18. For more information and to apply, visit our internships page. Please email Hear Nebraska’s associate editor at andrews@hearnebraska.org with any questions.

The Live at O’Leaver’s crew continues to churn out new recordings.

Omaha singer/songwriters James Maakestad, CJ Mills, John Larsen and Michael Hulstein (as Ojai) were among the featured artists in yesterday’s batch. Maakestad is one half of Omaha folk duo McCarthy Trenching, which releases its fifth album this Friday. Ojai is Hulstein’s solo project; he also plays in Omaha’s The Derby Birds. Twin Cities indie punk band Griswold is also included.

Hear a sampling of the new tracks below, and head to Liveatoleavers.com for the complete archive.

The Omaha jam-rock band released live video of nostalgia-beating “Rocking Chair,” performed recently at The Waiting Room. By the end, Hupka drops his guitar and hops around stage, inducing a crowd sing-a-long to close the show.

Earlier in the week, we mentioned Monday’s debut of Lyons, Neb., community theater, which literally folds out of its formerly abandoned building space.

Roughly 200 people showed up for the inaugural event, according to Tyler Vacha, Director of Development at Center for Rural Affairs. Vacha also sent photos courtesy of Lyons resident and filmmaker Bill Hedges, who also debuted a documentary on the town’s Main Street.

Congratulations to Lyons on its unique new theater space. We look forward to seeing how it develops and what kind of art, music and film it attracts.

Tonight, Chicago-area bands Ratboys and Bedroom Sons make their way to Omaha for an acoustic billing at The Food Court, a house show venue at 8912 Blondo St. Omaha’s Super Ghost and Memory Mines will also perform. Ratboys released full-length LP AOID in June on Topshelf Records. The two Chicago bands are on tour, shooting through Omaha on the way to the Pacific Northwest, down the coast and back up to Chicago by way of I-29. While there is no cover, donations assisting the touring bands are encouraged. RSVP here.