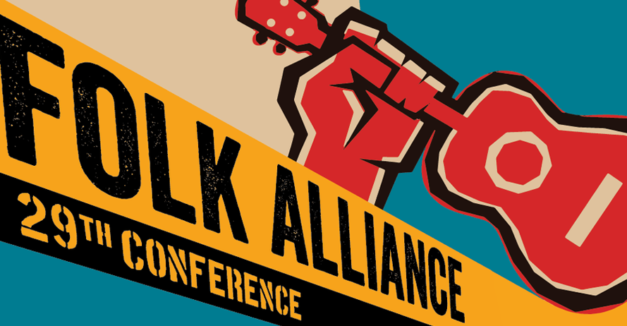 Hear Nebraska is always looking for ways to spread Nebraska music, and we think it’s great when its artists and musicians are doing the same. A handful of Lincoln musicians are off to Kansas City this weekend to do just that.

Evan Bartels, The Bottle Tops’ Mike Semard and Hana Zara will represent Sower Records and the Nebraska Folk & Roots Festival at the 29th Folk Alliance International conference now through Sunday. They will have the opportunity to share original music with other record companies and musicians from around the world.

Semrad tells us via email their goal in attending the FAI is two-fold. They aim to network with internationally touring musicians to create opportunities for them in Nebraska, as well as to “influence decision makers and resource providers” on multiple levels to continue growing the folk genre.

“Needless to say, we are excited to get to mingle with these people and spread the good word about Nebraska music,” Semrad says.

The Folk Alliance International is an annual conference uniting folk musicians from across the globe with the goal to “nurture, engage and empower the international folk music community — traditional and contemporary, amateur and professional — through education, advocacy and performance,” according to its website. This year’s theme is “Forbidden Folk,” and the conference will feature keynote speaker and activist folk musician Billy Bragg as well as a special presentation by singer/songwriter Ani DiFranco.

Hey folks! @mikesemrad and myself (@the_evan_bartels ) are down at the Folk Alliance International Conference in Kansas City. We’ve hacked into Hear Nebraska’s account and will be documenting our adventures for the rest of the week. #FAI17 #EvanandMikeTakeOver

Edem Soul Music plays harp in “Open The Doors.” The video features Edem with an instrument she has newly incorporated into her Gold Coast-inspired sound.

Cat Deluca had the other, for her single “Brighton Pier.” The track finds Deluca in a more reflective, contemplative mood than previous work, and the video plays like a memory reel to match.

Watch them both below:

Also tonight, Black Heart Booking and A-13 Punk Rock present Minneapolis punk band Off With Their Heads at NEO Gallery, 1909 Leavenworth (next to Milk Run). The band tours relentlessly, recently sharing the road with the likes of Against Me, Youth Brigade, The Bouncing Souls and Municipal Waste. They will play an acoustic set. Kansas City punk rock band The Rackatees and Omaha acoustic acts Dummy Head Torpedo and Jeff Miller (DSM-5) open the show. 9 p.m., $10, all-ages, RSVP here.

And in Lincoln, Omaha indie-soul band High Up brings its Midwest tour to Lincoln with I Forgot To Love My Father and DJ Relic. High Up recently went through quite the up and down when a new batch of tapes — its debut EP on Team Love Records — were stolen, only to be found days later across the street from their delivery point. WHEW! Good thing too, because you can pick one up tonight. 9:30 pm, $5, 21-plus, RSVP here.

Check out a fuller listing of tonight’s shows at our statewide calendar here. Contribute upcoming shows, new music or other news by emailing news@hearnebraska.org