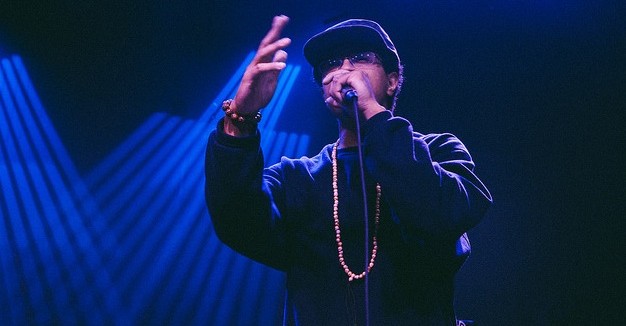 The Lincoln emcee worked with Omaha producer Chikadibia on “The Channeling.” As has become custom, Sleep Sinatra quietly released the track a few days ago.

The show caps a recent active streak for Sleep Sinatra, which included Lincoln Calling two weeks ago. The emcee typically has performed and released material in creative waves, rather than traditional album cycles.

Hear “The Channeling” below.

Photos of The Underachievers, Kirk Knight, Pouya and the Buffet Boys

HN contributor (and Omaha hip-hop artist) Andy Boonstra went to The Waiting Room last night to shoot photos of The Underachievers, Kirk Knight and Pouya and the Buffet Boys. See Boonstra’s photos below: 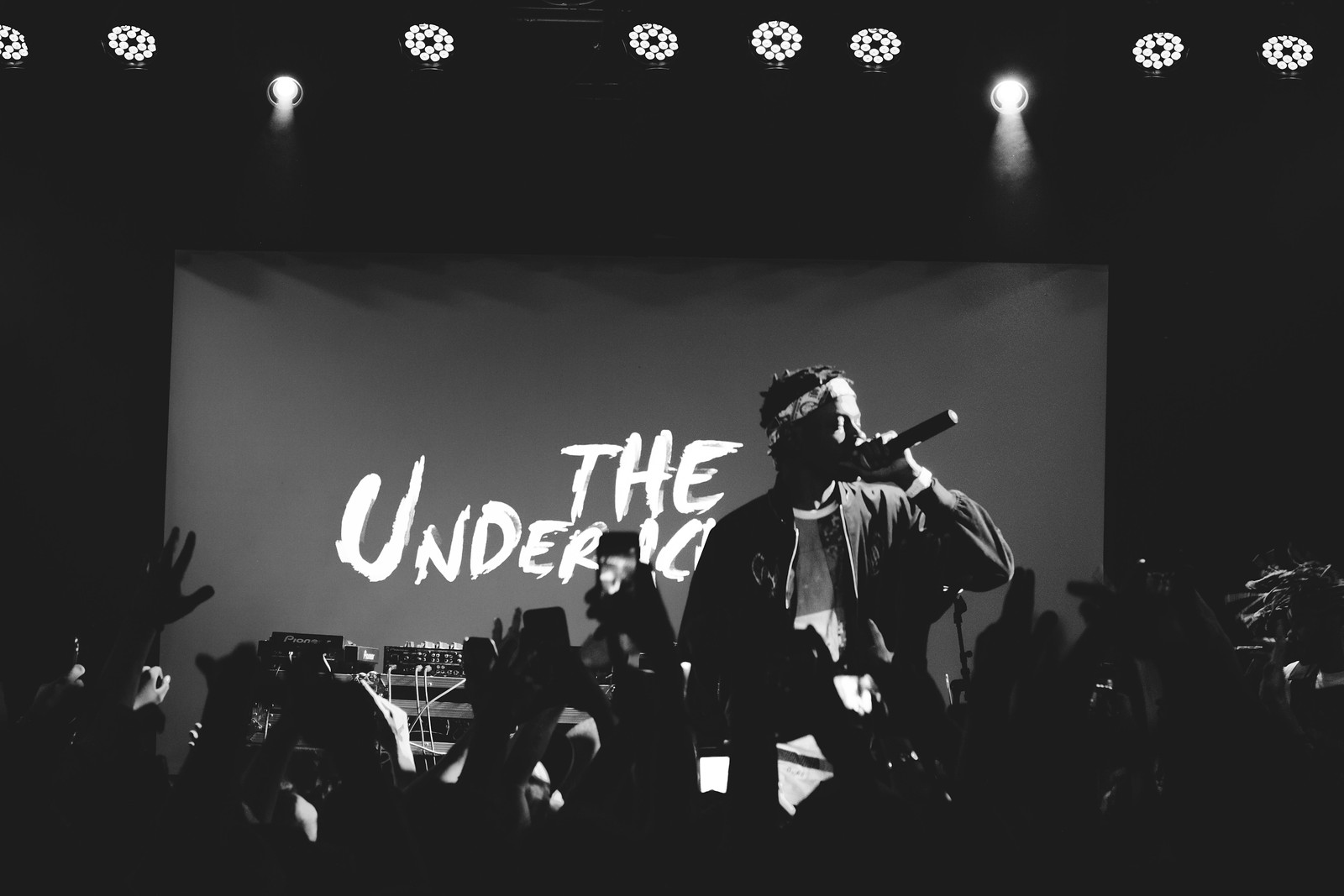 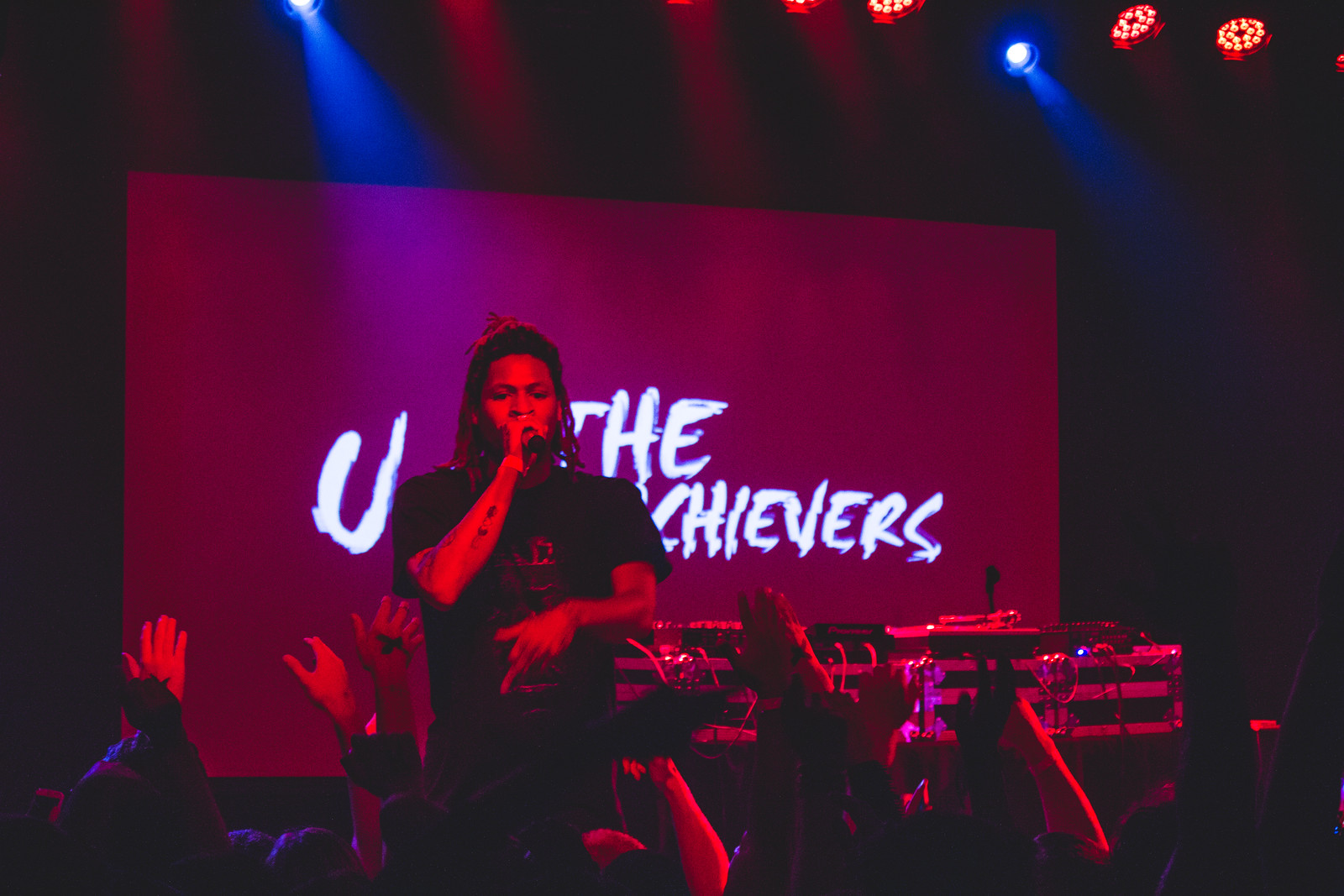 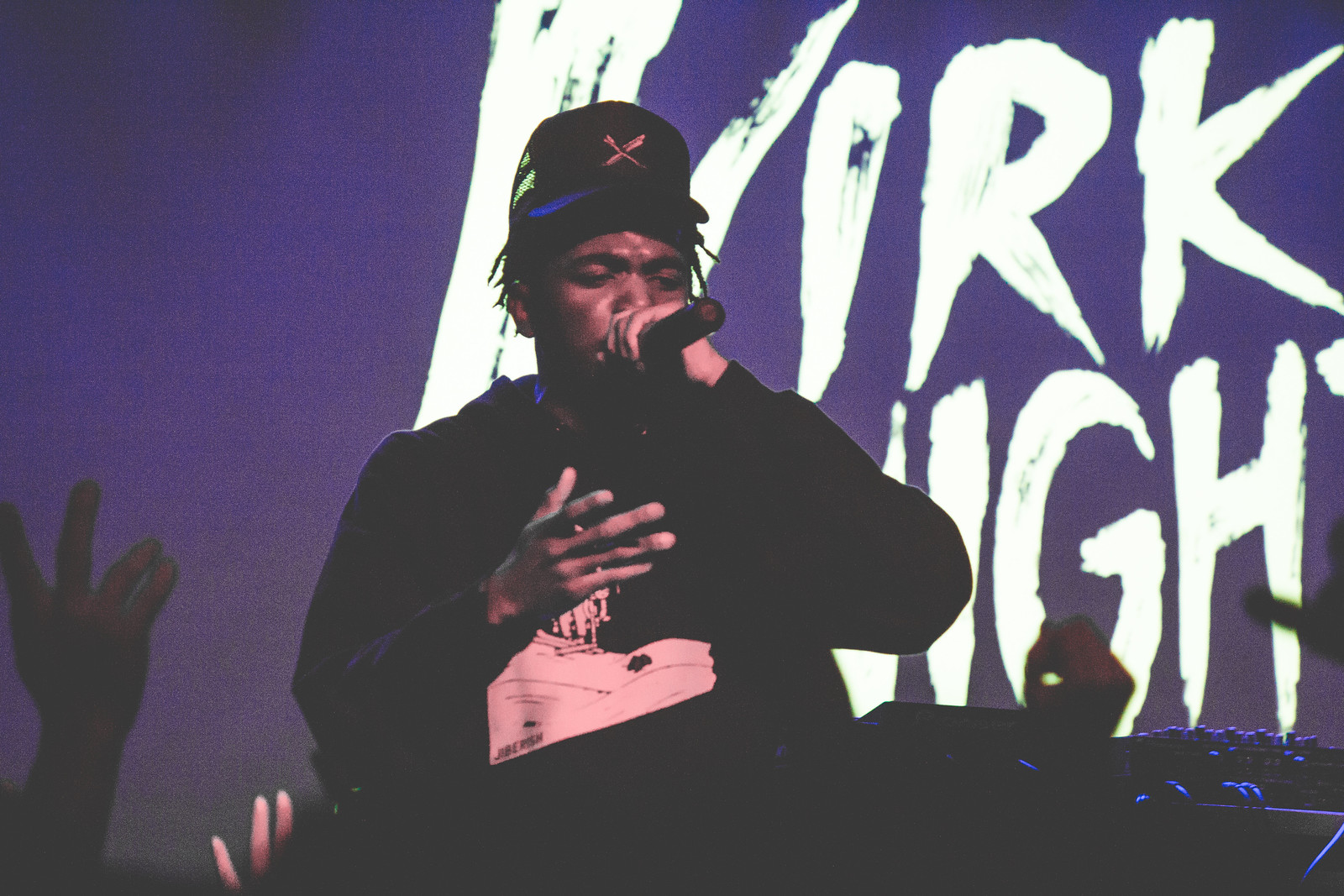 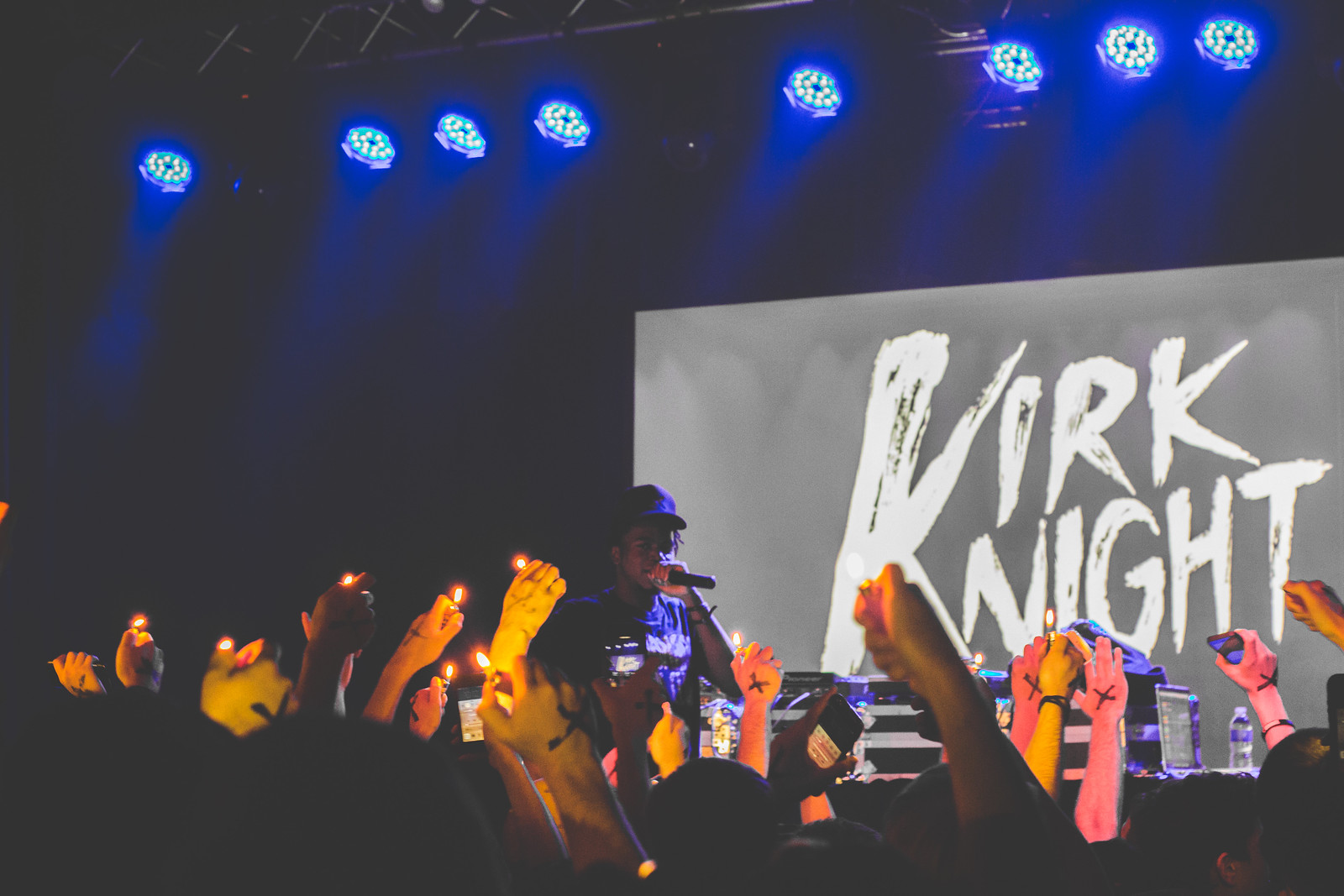 Pouya and the Buffet Boys 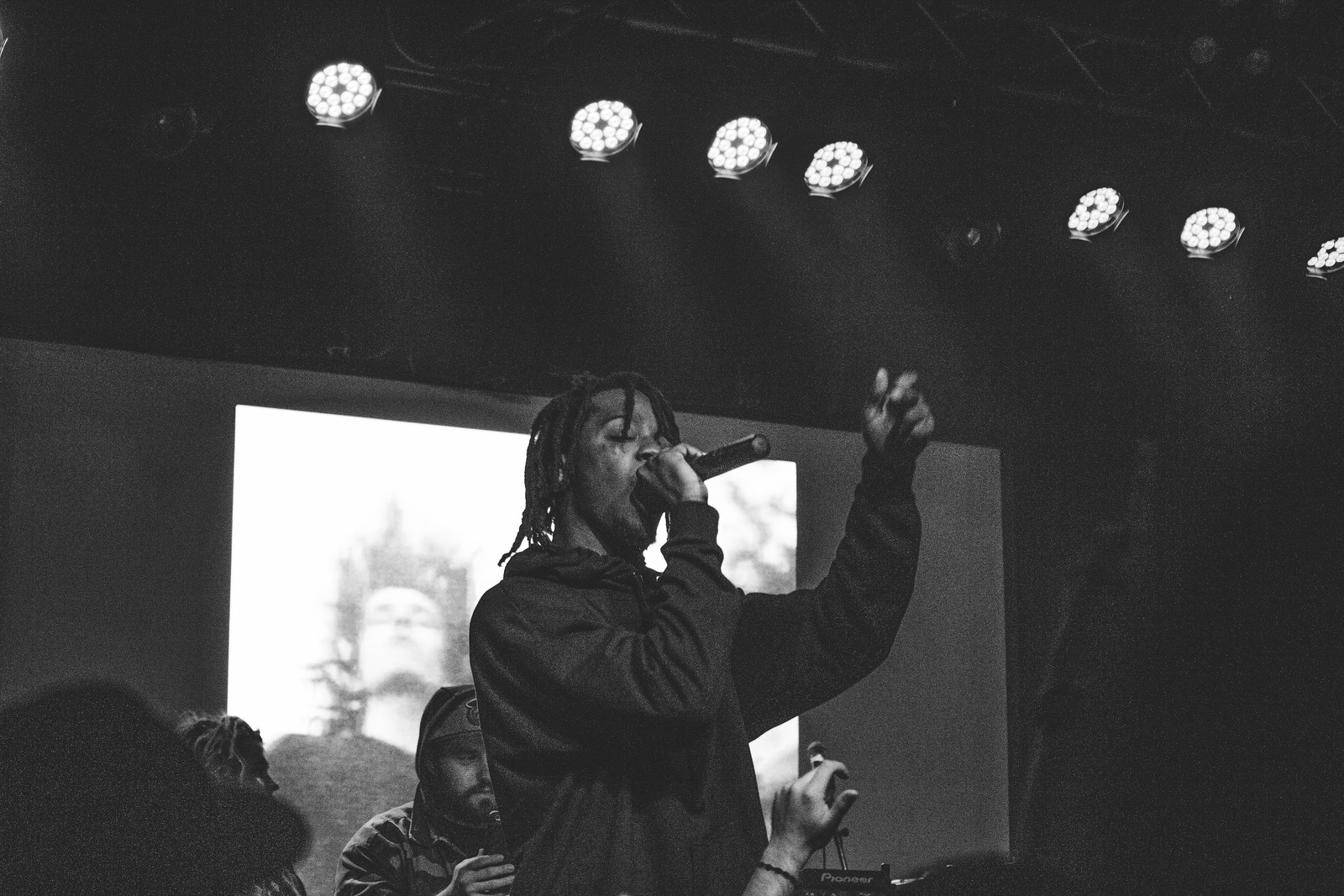 All this week, your favorite Saddle Creek artists are utilizing the label’s social media to give a glimpse into band life.

Laura Burhenn of The Mynabirds will take today’s shift, after wrapping tour in support of August release Lovers Know. Philadelphia signee Hop Along kicked off the takeover yesterday, with Twinsmith, Orenda Fink, The Thermals and Icky Blossoms to follow.

Reintroducing I Am The Pendragon

Cunningham, as I Am The Pendragon, released two song Heart Revolution EP on Oct. 7. It is the project’s first release since its 2013 compilation. “Cardiac Kid” is as phalanx of distortion and and Cunningham’s classic hard rock vocal delivery, braking and accelerating through chorus and breakdowns.

The band was originally founded in 2010 to play a benefit concert, and has since been whittled to its principal songwriter. Cunningham is currently looking for members to fill out his live band.

Hear “Cardiac Kid” below, and check out I Am The Pendragon’s website here.

Tonight, The Hoot Hoots play Duffy’s Tavern with Lincoln trio Möbius. The Hoot Hoots are a power-pop quartet from Seattle, touring in support of its November 2014 release Colorpunch. It mixes cheery bob-along versus (a la the Shins) and “woah” chanting with fuzzy, overdriven choruses. RSVP to the show here.