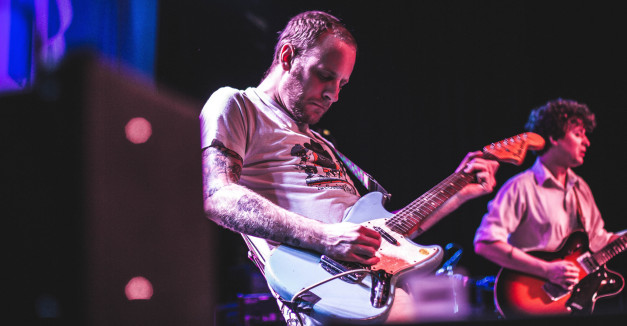 It probably wasn’t a statement. The song is one of the lead singles from the band’s most recent album. “Curtain,” with its punching opening chords, wailing organ, lulling blues-rock lead guitar and John McCauley’s straightforward delivery, is something of a desolate highway sign for the band.

Six miles to rock ‘n’ roll, 12 to saxophone solos that could have been ripped from the E Street Band and 20 miles to complex, densely layered instrumentation. Turn around for the sparse, whiskey-soaked, swinging wallops of War Elephant (2007) and Born on Flag Day (2009).

Arguably, Deer Tick has been steadily ditching the country aspect of their country-rock since 2010’s The Black Dirt Sessions. And Negativity is the realization of that metamorphosis. But their fans haven’t forgotten the slide guitar and McCauley’s vocal desperation that probably drew them to the band five years ago. 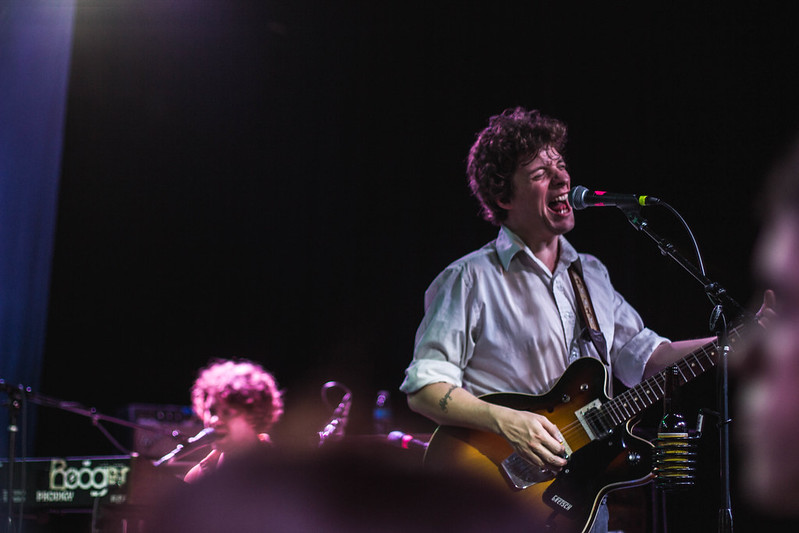 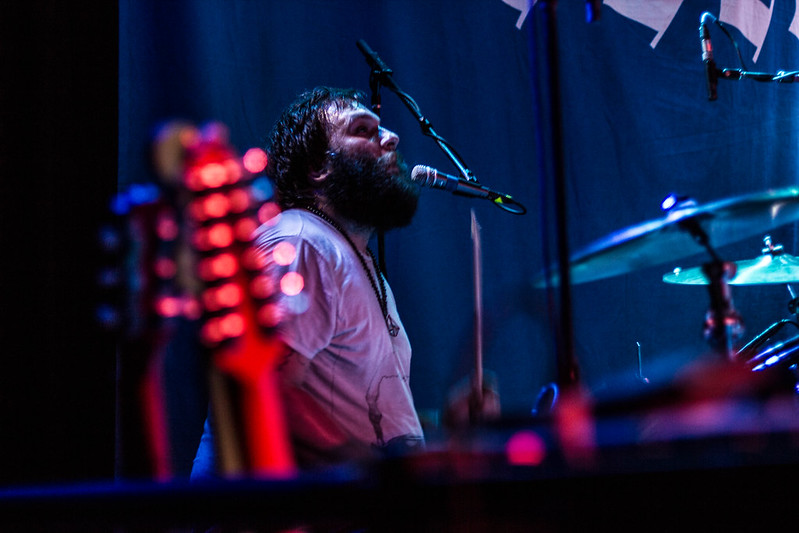 Indeed, when McCauley sings the first bar of “These Old Shoes,” a classic Americana singalong from War Elephant and a Deer Tick standby, the crowd cheers like the band they came to see is finally on stage, even though it’s the second song.

And McCauley seems more comfortable, or at least more fun, more true to form. For the guy who played in a chicken suit last time he was in town and in a dress at Coachella, he was remarkably reserved on stage at The Waiting Room last night — not so much John McCauley, the goofy frontman of Deer Tick as Guy Playing in a Rock Band.

But through “These Old Shoes,” McCauley was theatrical and fun, charming like a kind hard-drunk doing his best to be a good pal. The song’s breakdown even included a brief and seamless foray into Stevie Wonder’s “Superstition.”

After that, the shuttle race between the throat-burning, bedraggled Deer Tick and at-ease, unworried Deer Tick continued nearly song-to-song. Middle of the road sing-alongs like “Miss K.” from Divine Providence whetted appetites while between almost every song different people shouted for “Art Isn’t Real (City of Sin)” or “Ashamed,” the opener to War Elephant. 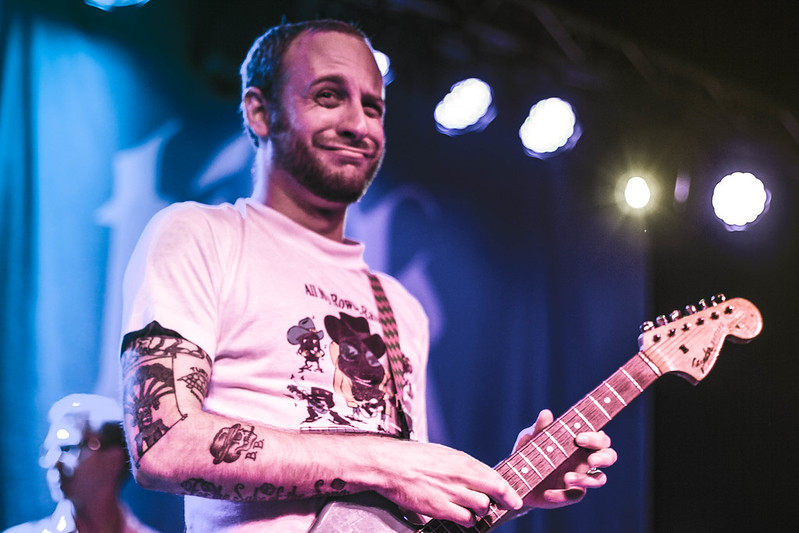 Finally, at the set’s close, Deer Tick made good.

“I am the boy your mother wanted you to meet,” McCauley opens, and the crowd erupted, danced and sang like the hoedown they had been expecting all along.

But even the oldies, perhaps weren’t quite the oldies. They’re the same songs, the same chords, notes and words, but they’re filtered through the Deer Tick of Negativity, the Deer Tick that isn’t starving for attention or food or booze or fame, starving to make it out alive. Deer Tick is more talented, more comfortable than they were in 2007.

To close, the band went into an indulgent, sappy ‘80s prom jam, colored by McCauley’s “this one is from Suzie to Pauly,” narration. In one final effort to unite Deer Tick and audience in desperate cheer, they launched into a near indecipherable version of “La Bamba,” (just like last November’s Omaha show.)

And then it was over. No one stuck around to cheer for an encore even though it was still before midnight.

What do you do with a dissonance between what you want to play and what your audience wants to hear? With no more than 150 people hanging around by the end of the show (significantly fewer than the night’s start), last night was Deer Tick’s smallest Nebraska crowd I’ve seen in the last four years. Certainly much smaller than last November’s Slowdown show. 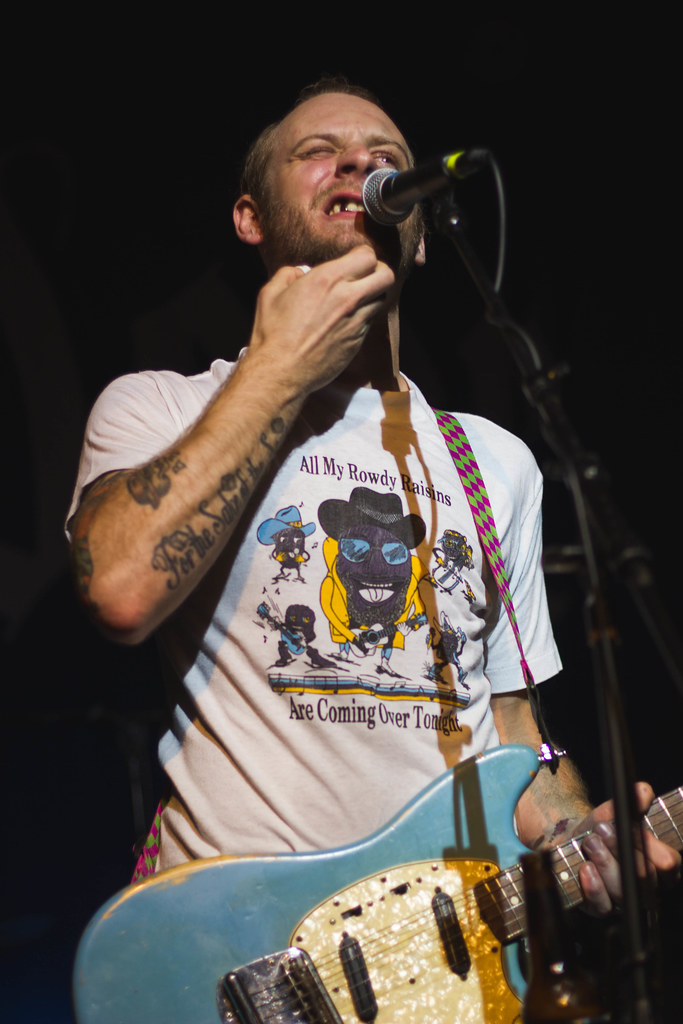 Tonight, The Bottle Tops and Travelling Mercies bring their Americana music to the Turner Park green space at Midtown Crossing.

Travelling Mercies take the stage at 6 p.m. and The Bottle Tops will follow at 7.

Next week will be the final Turner Park show, with Noah’s Ark Was a Spaceship and Snake Island!, so don’t miss your chance to enjoy some great local music. The event is outside and it’s free, so invite a friend and pack a picnic. It will be a good time.

Twinsmith announced a few tour dates yesterday. We already knew they were playing MidPoint Music Festival in Cincinnati on Sept. 27 and The Pygmalion Festival in Urbana-Champaign, Ill., on Sept. 28. They’ve added a show with Bishop Allen in Bloomington, Ind., on Sept. 26, and a Sept. 20 show at O’Leaver’s to kick it all off. More here.

Bloodcow is going the Kickstarter route to release their new record Crystals and Lasers on vinyl. The heavy rock quintet is aiming for $8,900 in the next 22 days. They’ve already raised $3,620 thanks to 51 contributors.

For $25, backers receive a copy of the album on vinyl. For $50, a vinyl, t-shirt, sticker and CD. At $150, backers receive everything that came before, plus original artwork by frontman The Corporate Merger.

At $300, Bloodcow starts giving out executive producer credits, which two people have already bought. At $500, the band writes and records a song with you, but that limited reward was bought up pretty quick.

After, Turner Park, tonight is packed full of concerts.

For giant pop fare, Katy Perry is tonight at Pinnacle Bank Arena, though you probably already locked down your tickets for that if you were interested. In Omaha, Prince Royce takes the Stir Cove stage with his smooth, Latin-inspired pop songs.

Other shows happening tonight include Bloodrail, Angel and the Devils and Pure Brown at The Bourbon (RSVP here). Feel Tight with Stephen Nichols and Huge Fucking Waves are at the Slowdown (RSVP here). And the Axcess CD Release Party is at the Waiting Room (RSVP here).