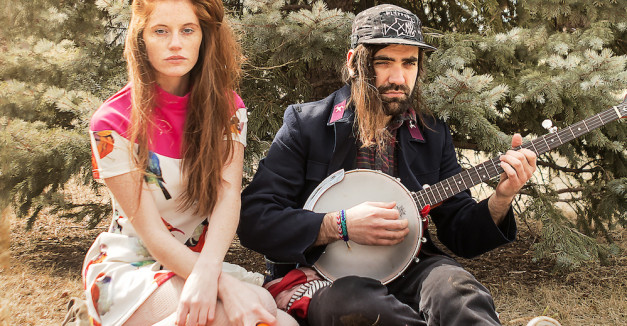 Record Store Day is a little more than a month away, and Saddle Creek Records has a batch of releases to celebrate on April 18.

They’ll release an Icky Blossoms seven-inch featuring “Living in Fiction,”  which Saddle Creek is calling the lead single from May 12’s Mask, even though “In Folds” was the first peek at the album. B-side “Little Death” is also included.

Additionally, Maria Taylor’s first two albums, 11:11 and Lynn Teeter Flower will both get a vinyl pressing for the first time.

The Kasher-Farren split has the two collaborating on original songs without ever actually playing with one another. Both wrote and recorded a song, then traded lyrics and chords, recording each other’s songs without ever hearing the originals. You Be Me for a While is the result.

Farren has made a name for himself as a tongue-in-cheek punk rock celebrity, not unlike the melodramatic Father John Misty songwriter persona. For Kasher’s part, it’s at least the second time in recent years he’s found collaborators in indie-punk circles. In 2013, he went on tour with Laura Stevenson and the Cans.

You’ll have to wait until April to snag Icky Blossoms and Kasher-Farren, but you can pre-order Taylor’s reissues now. Get 2005’s 11:11 here and 2007’s Lynn Teeter Flower here.

Nascent Lincoln tape label Fantastic Cassettes released two tapes this past week. The first is The Not So Easy Letdown by The Silver Rabbit and La Musa Confusa. The Silver Rabbit is label co-founder Jeff Bockoven’s lo-fi solo project. The other release is Lincoln stand-up Joey Zimmerman’s live comedy album, recorded at The Bourbon in late 2014. Check out previous releases and buy both here.

The Not So Easy Letdown cultivates a classic tape label sound, anti-folk dipping deep into analog lo-fi buzzing with pop-resistant songwriting. It would be equally at home on Unread Records or shelved next to old Daniel Johnston and Mountain Goats releases. La Musa Confusa’s lends an intimate warmth to the collection of songs that might otherwise coolly hold the listener at arm’s length.

The album shines when Bockoven and La Musa Confusa’s Alyson Osterbuhr vocally sync up for nearly breathless stretches of melody, as on the title track and “There is a Ghost in My Room” and “A Saga of Hilarious Discontentment.” It’s a messy kind of harmony. Osterbuhr and Bockoven aren’t trying to match perfectly, nor are they competing. The two are content to sing from different schools: Osterbuhr’s voice soaring and choir-like, Bockoven’s more like the gravelly, non-traditional male voice typically associated with experimental lo-fi.

Listen to the album below:

We’re late putting these out, but thanks to Lincoln and Omaha photographer Dillon Gitano for passing along a few shots of Freakabout’s album release show on Saturday. See them below: 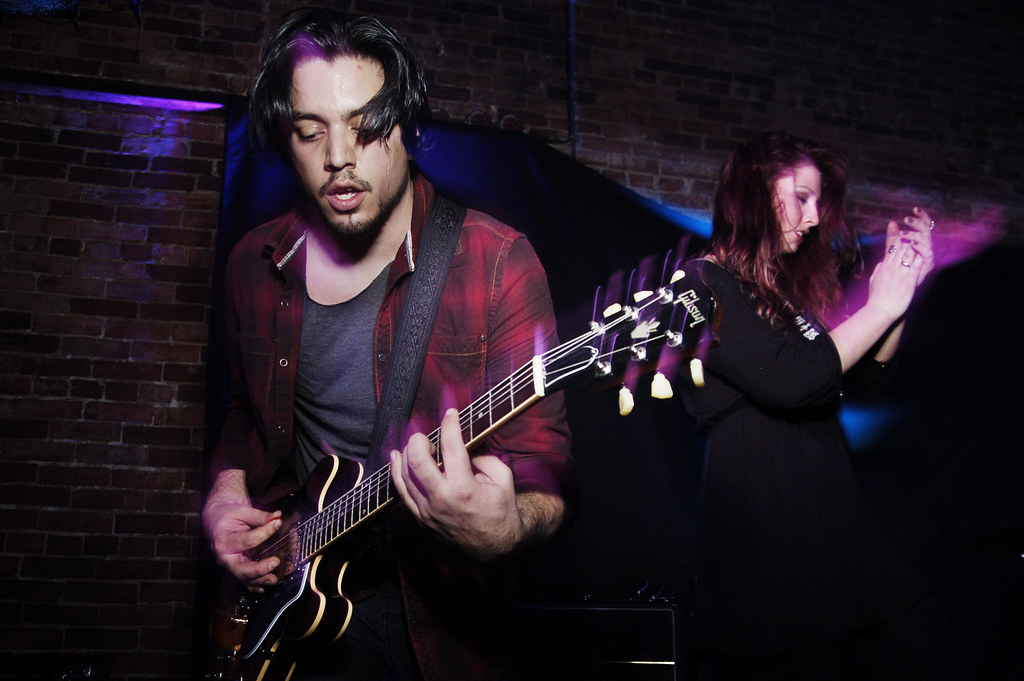 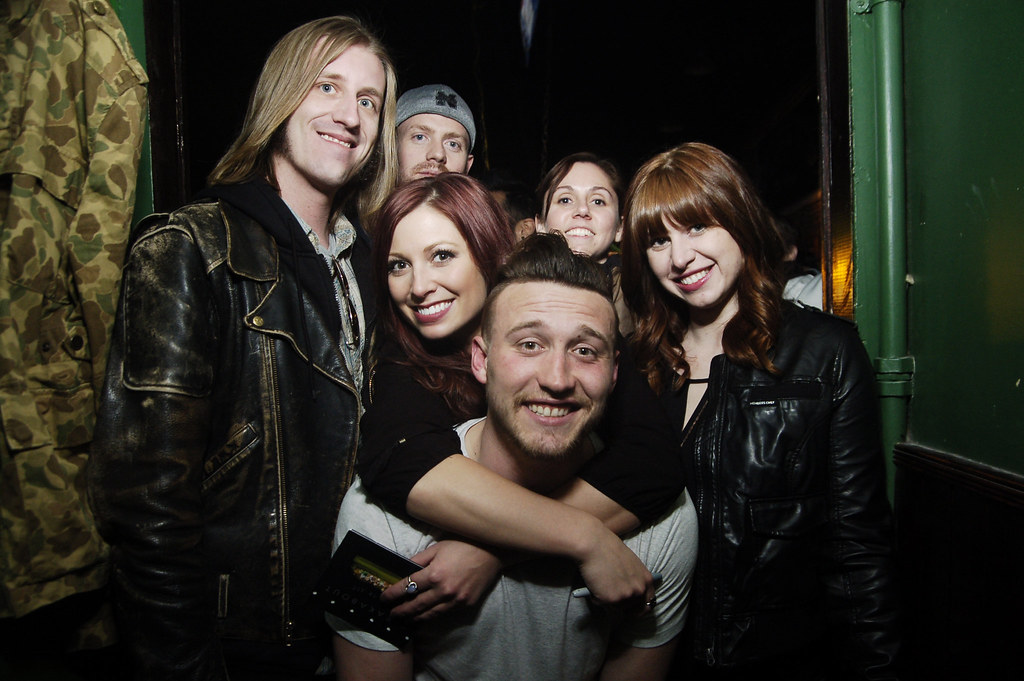 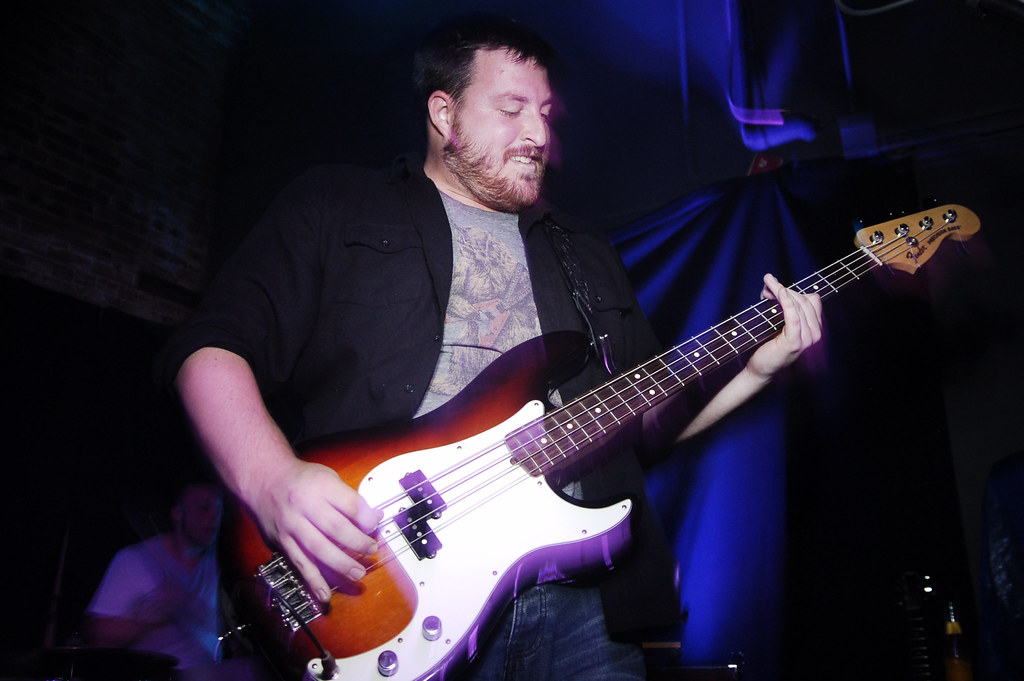 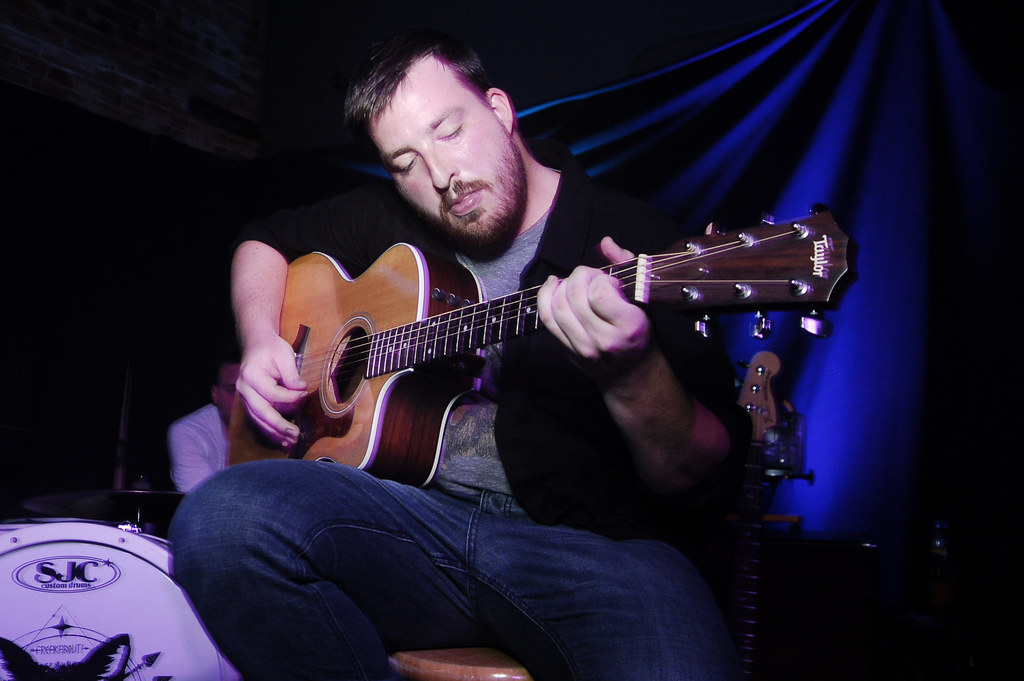 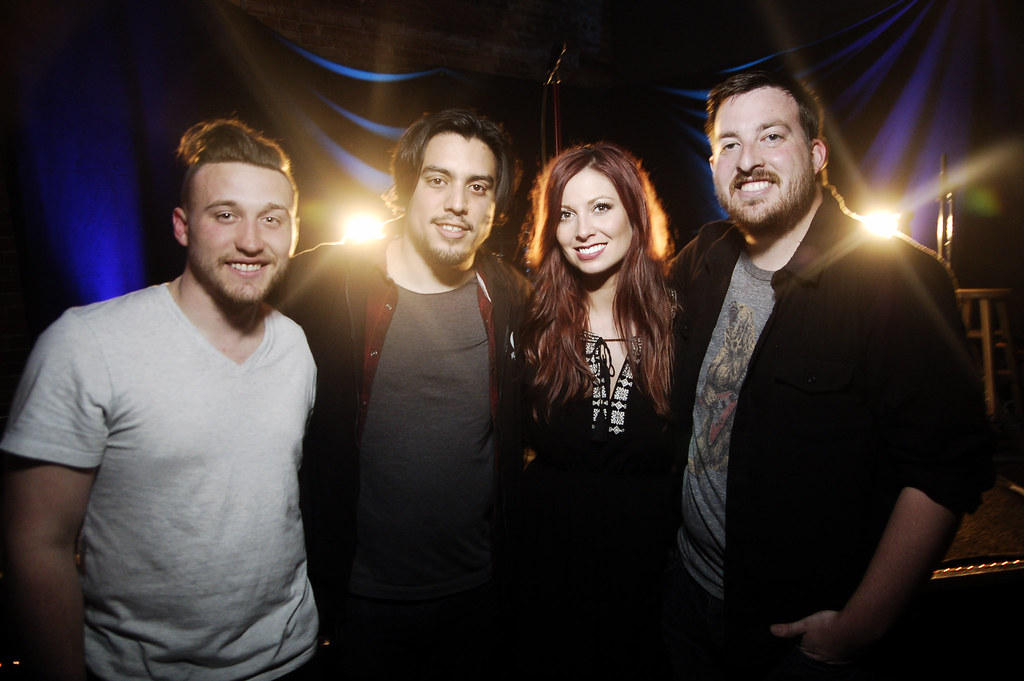 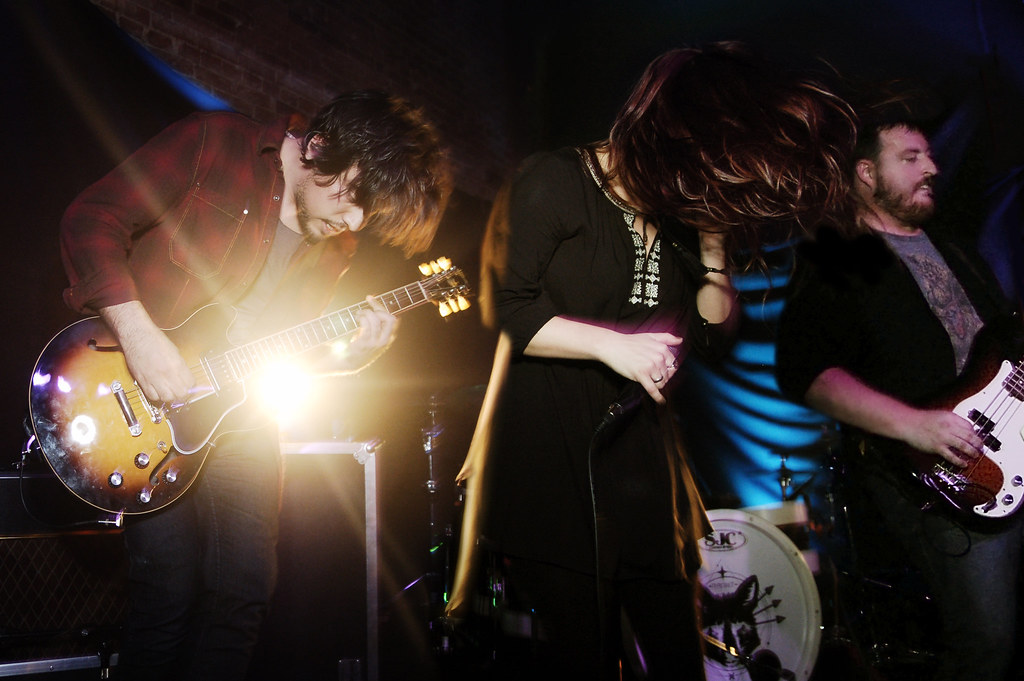 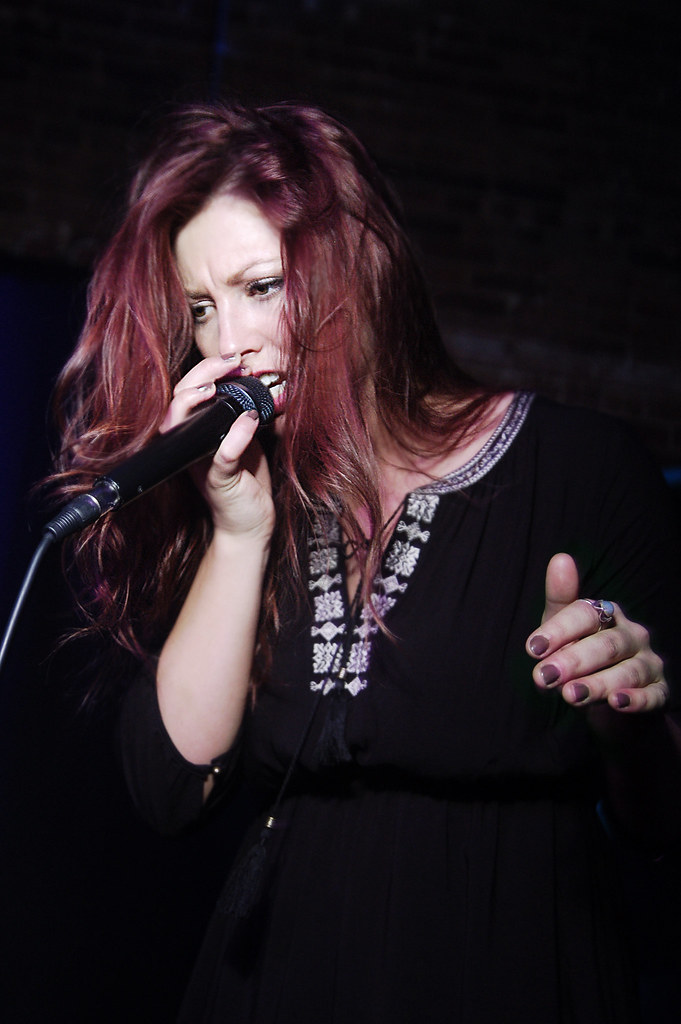 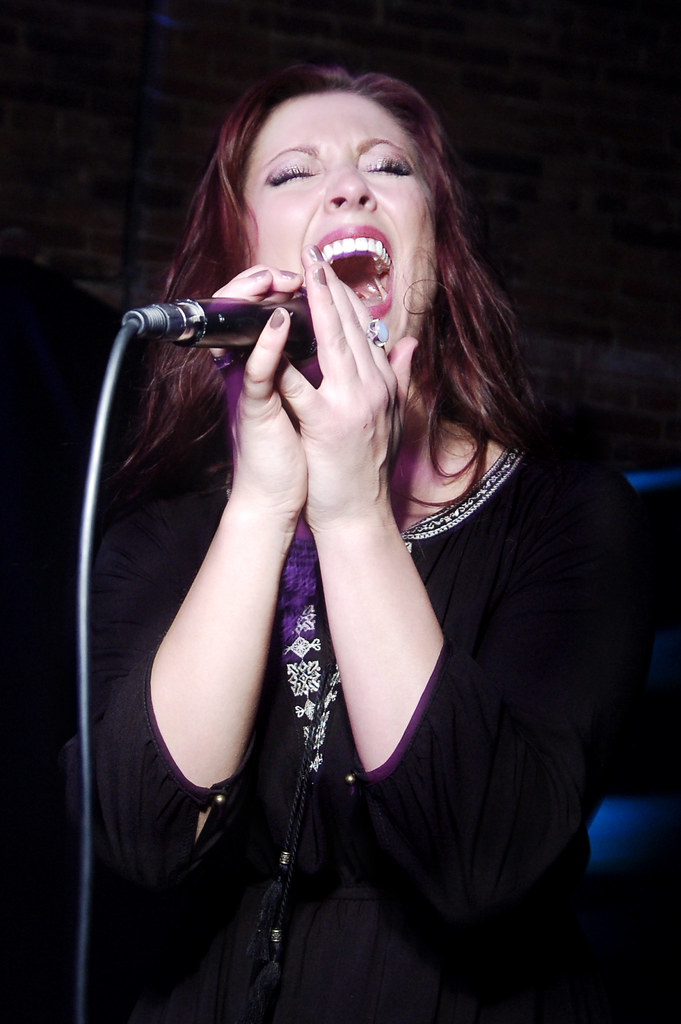 Lazy-i released episode four of its podcast, recorded by Hear Nebraska board member Tim McMahan. As always, McMahan runs down recent Omaha news, including Big Harp’s Fat Possum single release, Saddle Creek’s Good Life and Maria Taylor reissues, a live review of Universe Contest and Bloodcow at Reverb Lounge, a conversation with Icky Blossoms about SXSW and a look back at The Carsinogents.

Stream below or visit it at its home here.

Omaha hip-hop/pop artist Sideways 8 released a music video for his track “Spirit Will Glow” today. The earnest, acoustic-backed track features Omaha vocalist Adam Barton. The song was mixed by Rick Carson at Make Believe Studios and the video was directed by Buckingham Productions.

Southern roots and soul singer Nikki Hill plays Zoo Bar tonight. Yesterday, only a handful of tickets for the show were still available. RSVP here. Hill released her debut album in 2013. They’re on the cusp of a new record, though details are spare at this time.

The Journal Star published a feature on North Carolina-born Hill that discusses her early rock and gospel influences and the new rock ‘n’ roll. Read it here.

We recommend the show if tickets are still available.