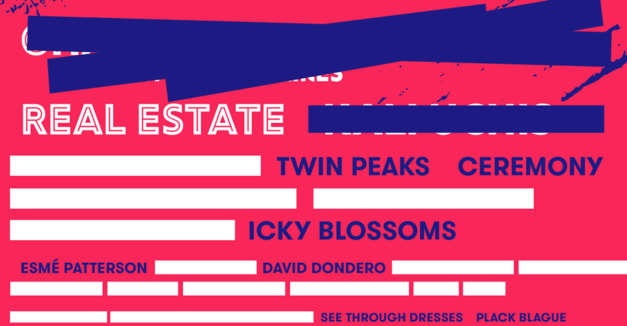 The first wave of Lincoln Calling acts has been announced.

Also included in the announcement were California hardcore band Ceremony, singer/songwriters Esmé Patterson and David Dondero and local acts See Through Dresses and Plack Blague (aka Raws Schlesinger, who is also booking his own showcase this year). Comedian Jo Firestone was also announced as part of the comedy lineup.

More than 90 acts await announcement, many of which will come in a second round of reveals this Wednesday. Tickets — now $39 after the initial early-bird tickets sold our — are on-sale now at Lincoln Calling’s website here.

See the lineup so far in the graphic below:

Rothsteen is back at work after a breakout 2015, playing sophomore album Moments During in its entirety Saturday at a Reverb Lounge concert. The five-song EP, which officially dropped last month, follows 2015 release Moments Before, which combined with his soulful, magnetic performances earned him the 2015 Omaha Entertainment and Arts Award for Best New Artists.

Moments During is indicative of a slightly new direction for Rothsteen, riding out slower, earthier, more intimate grooves and pushing to the forefront the singer’s bold, impassioned vocals. The epic, bass-driven “Righteous Giant” plays like Rothsteen’s walk-out music, followed by the straight-up funk of “Clap.” The balladic closer “Talk To Me” features burning guitar solo and a mic-taxing scream, the album’s grand punctuation mark.

Listen to Moments During here.

The 25-year-old Lincoln vocalist/preschool teacher who nearly went the distance on NBC’s The Voice is getting a big homecoming.

Hannah Huston will play two concerts Sunday, Sept. 18 at the Lied Center for Performing Arts, 301 N 12th St. Huston will perform eight of the songs from her third-place run, accompanied by Lincoln’s Symphony Orchestra. As the Lincoln Journal Star reports, Huston will also be joined on-stage by students from Arnold Elementary, who will perform alongside her.

Tonight, The Black Lips return to The Waiting Room, 6212 Maple Street. The Atlanta garage-rock act was last through in 2014, when it toured in support of its seventh studio album Underneath The Rainbow. Read our review of that show here. Washington, D.C. band Chain and the Gang open the 9 p.m. show. Tickets are $15. RSVP here.

And for those staying in, Hear Nebraska FM spins a two-hour Nebraska music playlist tonight, 8-10 p.m. on Lincoln community radio station 89.3 KZUM. Tune in via 89.3 FM in Lincoln or stream via kzum.org.

Plan your week in shows with our statewide calendar here. If you do not see your show or one you plan to attend, add it yourself here, email us at news@hearnebraska.org (where you can send all news tips, story ideas and HN Radio song submissions).