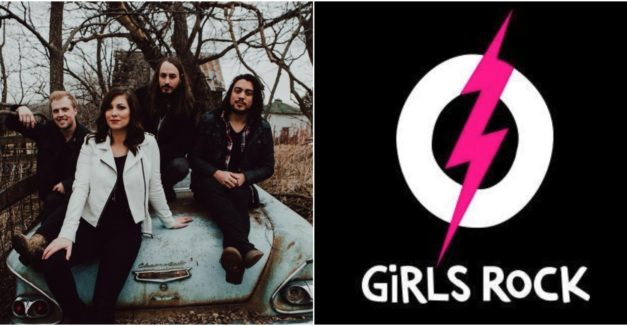 Q&A: Freakabout, “The Group of Weirdos” Figuring It All Out

Lincoln rock quartet Freakabout has fast tracked themselves to success after the release of their debut album, Don’t We All, in 2015. Founded after a casual conversation over scrambled eggs, the group has now extensively toured with bands like American Pinup and played the sold-out 2015 Maha Music Festival alongside the likes of Modest Mouse and Atmosphere. The band has also been awarded Best Rock Group at the Omaha Entertainment and Arts Awards in both 2015 and 2016.

With the recent release of single “Yellow Light” previewing the band’s upcoming sophomore album and a summer tour in the works, the chaos doesn’t seem to be dying down anytime soon. Despite the craziness, the band remains a group of goofballs who are learning to balance.

“We are a group of weirdos trying our best to look like we know what we are doing,” says guitarist Aaron Galvan.

Before the band headlines Hear Grand Island this Friday (RSVP here), Freakabout vocalist Cortney Kirby and guitarist Aaron Galvan took time to chat with Hear Nebraska on the band’s chemistry, artistic perspectives and what life is like on the road.

Hear Nebraska: Freakabout is a band bountiful with big personalities. How do you balance out all that energy when working together in the studio and on stage?

Aaron Galvan: We wouldn’t necessarily say our personalities are big, more so, we are a group of weirdos trying our best to look like we know what we are doing. But, balance is all about trust. We really just let each other do what we think is best for the parts, and work out the details as writing progresses. By the time we get to the studio, we try to have done enough work to not have to worry about each other, and instead have fun knowing we are doing something we enjoy. As far as on stage, we really just let whatever happens happen because, in the end, we all make fun of each other for all the dumb stuff we end up doing on stage. But that’s what makes it fun, right? 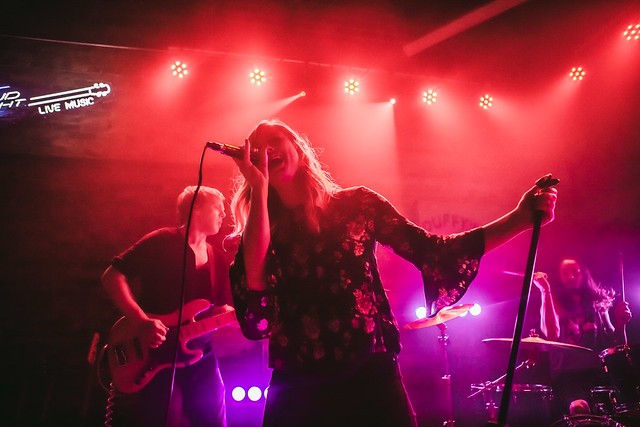 HN: You’ve said Freakabout has taken influence from artists like Joan Jett and Janis Joplin. These are musicians who have significantly shaped the rock and roll genre for women. Courtney, what aspects, if any, would you say you draw from in your own work?

Cortney Kirby: I’ve always enjoyed artists like Joan, Janis, and my number one’s, The Wilson sisters of Heart, because they are kickin’ buns in what is typically a male-dominated genre. They’re not afraid to go outside of their female stereotypes to get a point across.

HN: Freakabout has toured pretty extensively during the past few years, but I can imagine there are still some hiccups. What’s been the most memorable one?

AG: The biggest hiccup that usually comes up is, “where are we going to sleep tonight?” Sure, you can be glamorous and get hotels every night, but where’s the fun in that? We ALWAYS have a tent with us and sometimes you end up finding the most beautiful places on the road by finding the nearest campground! We once stayed at a campground/trailer park right on Lake Erie. Word must travel quickly there, by the time we arrived, the entire park knew who we were, where we were from, and brought us food and firewood in exchange for stories of why we couldn’t get into Canada!

HN: In previous interviews with HN you’ve mentioned that Don’t We All ‘s tracks reflect personal development happening at the time of its conception. Since your last album, what themes do you find inspiring new works like the band’s latest single, “Yellow Light”?

CK: There will definitely be more personal development themes coming in hot but I’ve found that this new record is leaning a lot towards today’s world with themes involving more “power to the people.” You’ll hear subtleties of our questionable political climate as well as the encouraging movements where people are coming together to say something (i.e. the Women’s March, Pride, etc).

HN: The band has a very distinct aesthetic that brings its own personality to your performances, when planning video direction how are stylistic decisions usually conceptualized?

AG: Conceptualizing a video is pretty tricky for us because we are all into such different things. We usually let the vision come through Cortney and let her guide us to accomplish that vision. Luckily for us, we have super talented friends like Quentin Orr, who can make some pretty amazing videos. For “Yellow Light”, we had a basic idea and decided we wanted to shoot it ourselves. All of the shots were done by each of us in the band, and then Quentin took our less than professional skills and made something super kick ass that kind of blew our minds.

Why is local, original music important to Nebraska communities?

CK: Local, original music is important because it allows individuals to be creative. When people share their creativity it’s like a domino effect. I’m constantly surprised by the local talent we have here and we should be very very proud of the environment that we are cultivating and should continue to encourage one another.

Omaha Girls Rock is extending its after-school program to two days a week at three Omaha Public Schools middle schools for the 2017-2018 school year. The organization is calling for guest artists to conduct those sessions.

Ideal applicants are able to engage students and have backgrounds in music and/or music production. Guest artists will be paid $50 per hour for teaching two days a week for one of the program’s eight-week sessions. OGR employs staff members who are cis-gendered women, trans women or gender non-conforming and have completed a high school education.

Omaha Girls Rock is a nonprofit that aims to empower young women through music education and performance. The organization is perhaps best known for its summer camps, which group girls together form a band and write an original song during the weeklong camp. At the end of the week, the bands perform their songs at public concerts, which have been held at The Waiting Room and Slowdown.

If you’re interested in one of the guest artist positions, find the job description here. The application deadline is Friday, Aug. 11.

Through her feature on the podcast, Jocelyn offers her opinions on pleasing her fans, Disney Channel and Transformers, and performs two songs: “Echo” and the premiere of “Yesterday Was Real.” Later in the podcast, P Nut discusses fatherhood, his dancing skills and jokingly recalls the fictional time The Beatles opened for 311 at Red Rocks Amphitheatre.

Listen to the full podcast below.

Lookout Lounge will get pretty “shiddy” on Saturday night when The Shidiots drop a vinyl pressing of their newest LP with a release show — aka the eighth Shiddyfest, the band’s running string of self-booked shows.

The Omaha punk band released its fourth full-length, Black Shirts and Records, in October of 2016, and after sorting out a few snags with a vinyl pressing company, which forced the band to delay the wax copies of the record, the LPs are ready for fans’ turntables.

The vinyl copies of Black Shirts and Records are currently available on The Shidiots’ website, and when fans buy the record, they have the option to pay an additional five dollars to receive digital downloads of the entire Shidiots discography (4 LPs, a 7” Split, an EP and a tour-exclusive demo). Shidiots guitarist Fat Dan says the band is using the offer as a way for new fans to see how the trio’s music has progressed over the years.

“We have played with several different lineups and now [fans] can get to know us at every stage,” he says.

Grab a copy of the record here, and RSVP to Shiddyfest here.

Since dropping their debut album, This Two, in the summer of 2016, Omaha indie pop trio The Hottman Sisters have kept busy with local shows opening for nationally known artists like Esmé Patterson, new music videos and June’s “Heading West” tour. The band adds to the list of tours under its belt next week when it embarks on its second tour of the summer, heading north and hitting cities around Minnesota, the Dakotas, Wisconsin and Iowa.

Check out the full list of dates and watch The Hottman Sisters’ music video for “My War” below.

The coming months are stuffed with exciting Nebraska music events and developments and we need help covering it all.

Two weeks remain to apply for Hear Nebraska fall internships. We are looking for enterprising, self-starting multimedia, editorial, marketing and social media candidates for positions lasting Monday, August 21, 2017 through Friday, December 15. Working both remotely and at either of our Omaha or Lincoln offices,  you will help us cover, promote and present the state’s music community for 15-20 hours/week. Journalism, marketing or English majors are preferred, though others are accepted if they possess the right skills and attributes.

Apply here no later than Monday, Aug 7 at 11:59 p.m. Please email Hear Nebraska’s managing editor at andrews@hearnebraska.org with any questions.

Here’s just one example of some of the engaging video content our interns produce:

Get out of the rain and head to a show on Wednesday or Thursday. There’s a wealth of local shows on both days, ranging from electronic to metal to indie pop. Check out our picks below, and find a more comprehensive list of shows over on our events page.

Havok with Narcotic Self, Green Death and Through The Stone at Lookout Lounge – Denver crossover thrash band Havok comes through Omaha tonight after releasing their fourth full-length, Conformicide, back in March. On the record, frontman David Sanchez screeches through his teeth his disdain for American government and society while guitars writhe behind him. A pair of Omaha metal bands, Through The Stone and Narcotic Self, open the show along with Des Moines death metallers Green Death. 8 p.m. $13. All ages. RSVP here.

Nicolas Jaar with Closeness at Slowdown – Chilean-American electronic composer Nicolas Jaar has kept pretty busy since his first LP, Space Is Only Noise, dropped back in 2011, releasing a number of extended plays leading up to his critically acclaimed 2016 record Sirens. Now he’s out on the road supporting that album, and they’re stopping at Slowdown tonight with Omaha electronic duo Closeness. 8 p.m. $23. All ages. RSVP here.