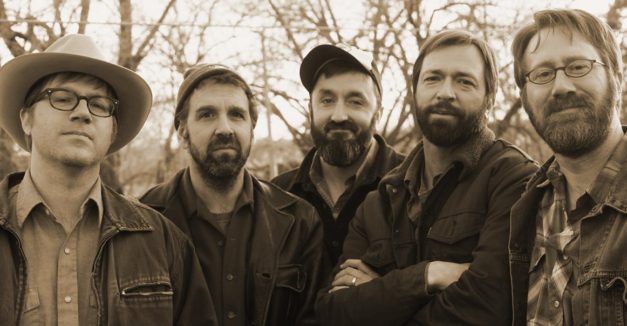 “Some L.A. or Nashville artist shouldn’t speak for us; we should speak for ourselves,” Chris says.

On a whim and while still associated with rock projects, the Get and Ground Tyrants, the brothers turned a night of covers into a project that reminded them of family, christening it with an ode to their Grandfather. The band brings that warmth into its songs, with slow, whiskey-dipped guitars and Weber’s midwestern twang.

Clarence Tilton just released its first album in April of 2015, and will take the stage for this week’s Hear Grand Island concert series (RSVP here), but before they do we had a chance to chat with Chris about the band’s conception, musical influences, and the importance of taking it slow.

Hear Nebraska: Chris, you and your brother were both involved with rock projects until deciding country was a better vessel for your storytelling themes. Were you interested in country music prior to that or did the love of the genre develop through this discovery?

Christopher Weber: We had always been fans of country music. We arrived at it through the likes of the Byrds, Neil Young, Allman Brothers, Roy Buchanan, and the Uncle Tupelo/SonVolt/Wilco trilogy. About three years prior to the formation of Clarence Tilton, we decided, on a whim, to learn a complete night of classic country covers to play with some friends of ours — just Buck Owens, George Jones, Merle Haggard, and Waylon Jennings tunes. After fleshing out these songs, we realized they really felt like home. At this point, I recognized the fantastic template for songs that were trending more towards sentimental themes (all themes that played right into our naming the band with our grandfather’s handle). Corey took it upon himself to learn the steel guitar, and we completely fell in love with what it brought to every tune we played. 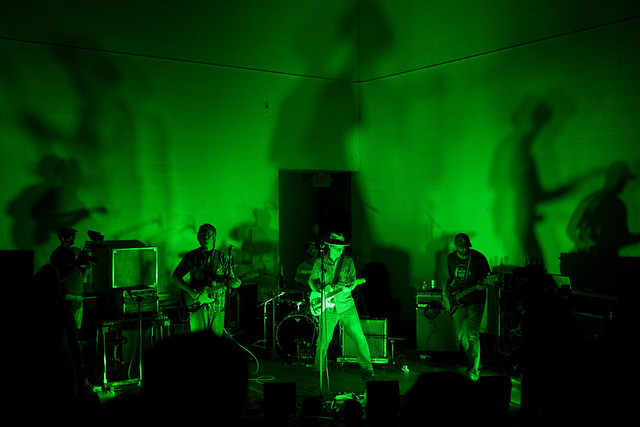 HN: After deciding to take the country route, you’ve mentioned that it was very important to find members that shared your desire for a slow and cozy atmosphere. How did you all manage to come together?

CW: Between the five of us, our collective history includes six bands that had at least two of us playing together (some included three of us). We already knew each other’s style and had confidence in each other’s ability.  We quickly realized that getting together to make music was more important than any other aspect of “being a band.” Getting together is never a chore; it is usually celebrated like a holiday (please don’t tell our wives). We generally have a great time together, and the music immediately takes on this new kind of spirit. That being said, we’ve all arrived at points in our lives where we value patience and reflection. When we’re together to make music, we’re in no rush (usually). We let the tubes warm up, let the whiskey mellow the edges, and take respite in the fact that we still get to do this with our time.

HN: What makes pedal steel country distinct and what drew you to that style?

CW: Nothing can cry like a pedal steel. Nothing sounds like it. We try to emulate the steel with our electric guitar parts all the time. But it was important for us to start following what the steel guitar was telling us, both technically and emotionally. Corey and I were listening to a George Jones tune and just started to realize that George was singing like a steel guitar! That kind of opened our eyes a little. Without the phrasing and emotion of a steel guitar, you don’t quite reach the mark. It’s the one ingredient that has this immediate effect…  “Ooh yeah, that’s the voice of history.”

HN: It seems that the writing and recording of your music is quite collaborative, can you describe the process?

CW: My brother and I have finally reached a collaborative process that works. Corey is a riff monster—he snags the riff out of the ether and says “hey, check this out.” I then learn the riff, or something close to it, in order to build some structure and melody. Meanwhile Corey says, “Hey man, you should write a song about blank, and say something about insert catchphrase here.” And we’re off. The song is born, introduced to the band for their crucial individual inputs, and it slowly arrives at the finished product. The democratic process of song crafting as a band is half the fun. No idea is shot down without consideration, and veto power usually lies with whomever brought the booze.

HN: The self-titled album packs a punch, but one of its slow-burning standouts, “Last Lynching in Omaha,” jumps off the page on title alone. What was your inspiration for the song?

CW: Omaha had a lynching in 1919 and when I read about it, it really caught me off guard. Had me thinking of all the awful things that happen on the ground we stand on, and that these historical atrocities really weren’t that long ago. Left me questioning if we’ve really learned anything from history, are we changed by history, have we made any ground since the times of manifest destiny, slavery, Jim Crow, for that matter– and these questions are all the more relevant now, in my opinion.

CW: Supporting local art and music is important. We all share the same regional space, and see the world through the same regional lens. If an artist is genuine and honest, they should resonate with the people that share the same space, breath the same air, witness the same weather, wade the same streams, and drive the same roads. Some LA or Nashville artist shouldn’t speak for us; we should speak for ourselves. But in order for this to work, you have to believe in the inherent value of your voice as a Nebraskan.

Hullabaloo began teasing its lineup for the 2017 festival back in early April, with a phase one announcement that included Los Angeles-based blues rocker Andy Frasco, Josh Hoyer & Soul Colossal and Hullabaloo staple Kris Lager Band. Since then, the festival has released the full lineup, which adds reggae icons The Wailers.

This year’s festival runs August 3-5 at Falconwood Park in Bellevue. Of course, there’s always more to Hullabaloo than the music, with a frisbee golf course and midnight movie showings, among other attractions, available to festival-goers. Check out the full lineup below, and head over to Hullabaloo’s website for more info.

On the punk side of things, the Nebraska Hardcore Showcase has released its first and second lineup announcements for its eighth festival, which will feature Bib, Loud Minority, Jocko and the first Powerslop show in two years among the 11-band lineup.

The showcase is September 2 at Milk Run, and the hardcore begins at 1 p.m. See the full lineup and RSVP here.

Also at Milk Run and Midtown Art Supply is July 7’s No Means No Fest. Organized by the Nebraska Sexual Assault and Abuse Prevention Program, the festival is dedicated to using art to fight against rape culture and sexual assault’s presence in the local music and arts community.

Along with a music lineup that includes All Young Girls Are Machine Guns, Mesonjixx and J. Crum, the festival will also use visual art and poetry to combat rape culture. Immediately following the festival, Midtown Art Supply will host a free performance from Dreams of Venus Burlesque.

All of the proceeds from No Means No Fest go to Nebraska Sexual Assault and Abuse Prevention, which is committed to ending rape culture through education and creating awareness for issues.

Take a look at the full details of No Means No Fest here.

Two weeks after dropping the summery second single, “Boji,” from their upcoming record, Stay Cool (July 14, Saddle Creek), Twinsmith have another track to tide fans over until the release date. The new single, “You & I,” premiered by Consequence of Sound, is a shimmering piece of synthpop that boasts layers of synths that create a pounding, dance floor-ready groove rather than earworm melody.

With the song’s panning synth arpeggios and staccato guitar rhythms during the hook, it seems apparent that producer Graham Ulicny (Reptar, The Faint) has left a footprint on Twinsmith here. And while the track’s production is rather grandiose, with numerous synth lines divided throughout each bridge and verse, the onslaught of sounds is more welcome and purposeful than overbearing.

Listen to “You & I” below and catch Twinsmith with Rooney and Run River North tonight at The Waiting Room. RSVP here.

HN multimedia intern Marti Vaughan went to Lookout Lounge last night to catch Denver hardcore punk band Screwtape with Omaha bands Culture War and The Boner Killerz. Screwtape tours on the strength of its May 29 self-titled full-length album. The Boner Killerz are in the process of recording for a new record and will play this weekend’s Heartland Pride Festival at Stinson Park. 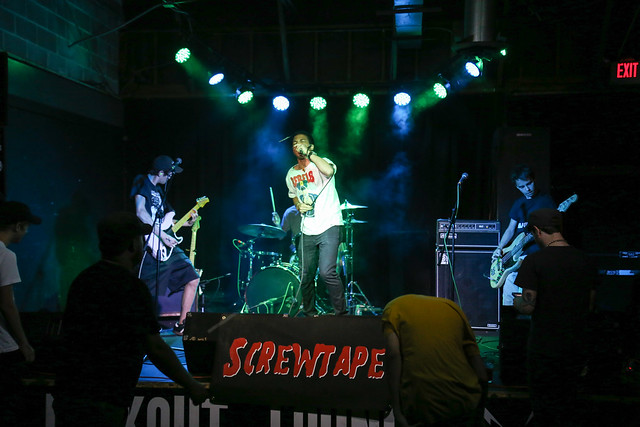 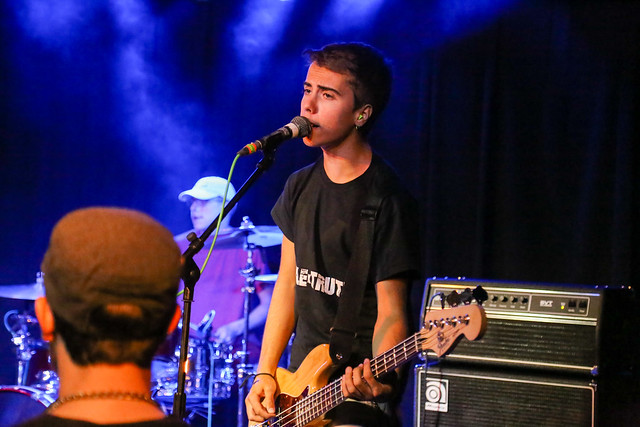 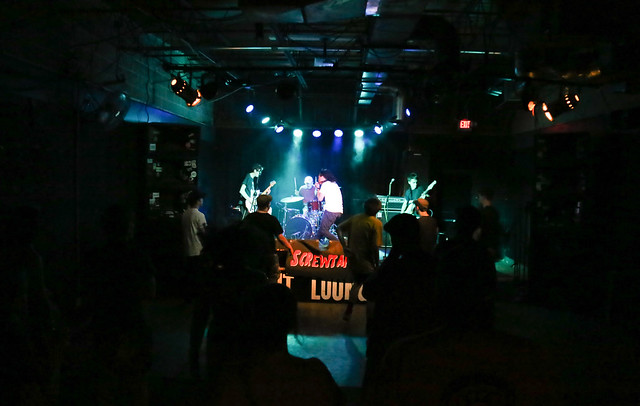 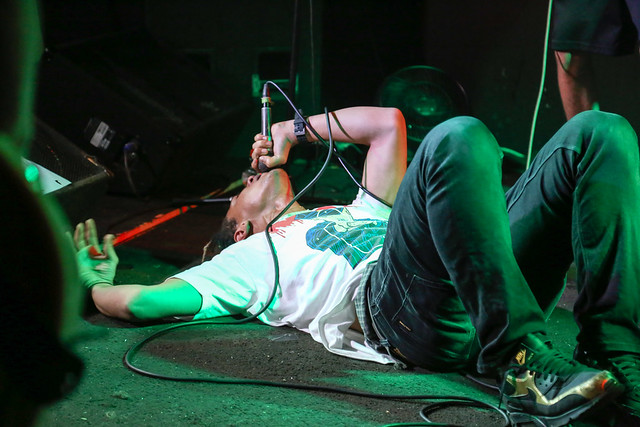 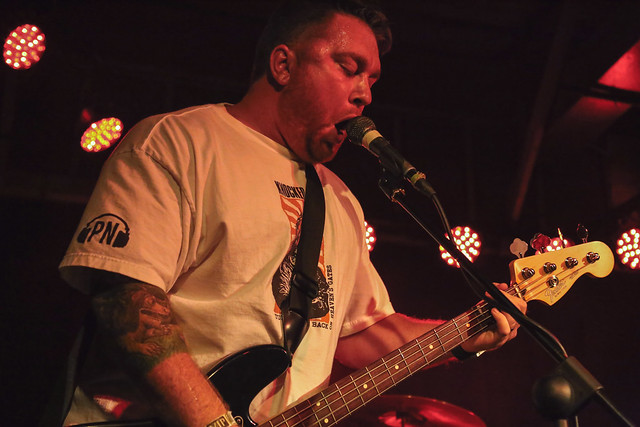 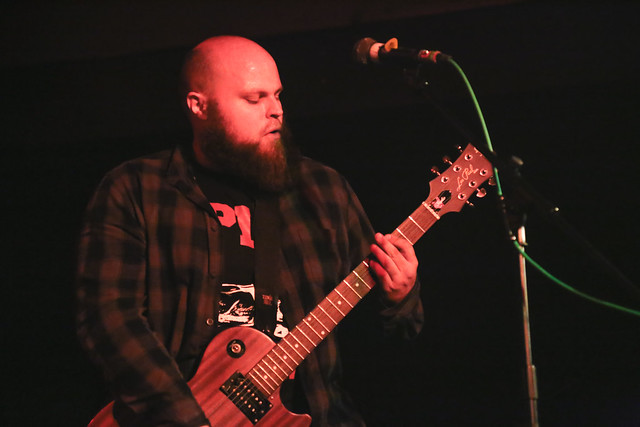 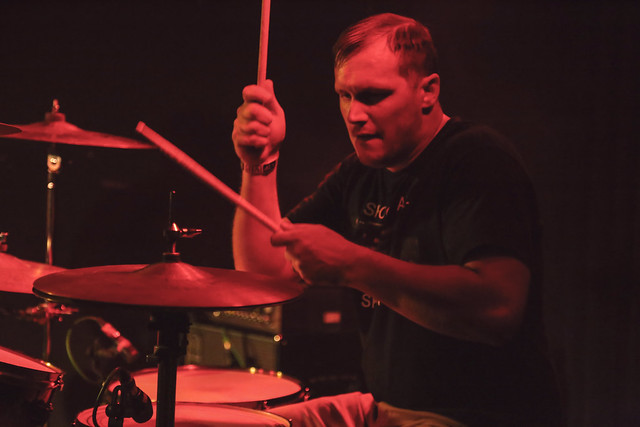 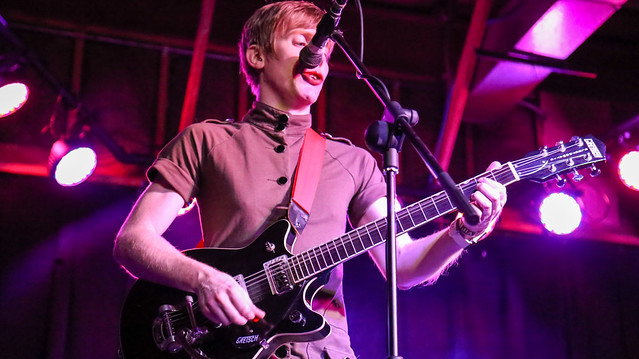 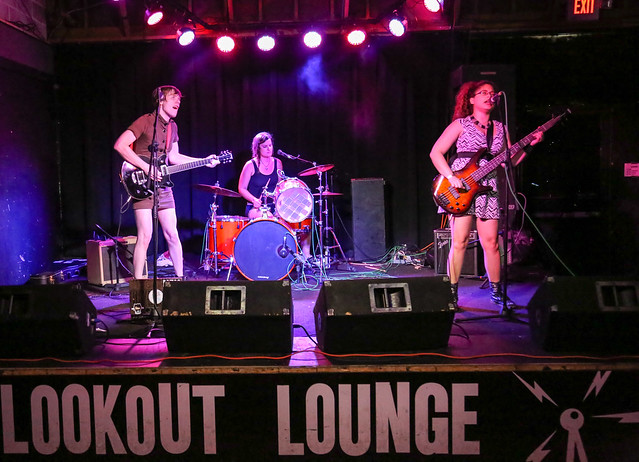 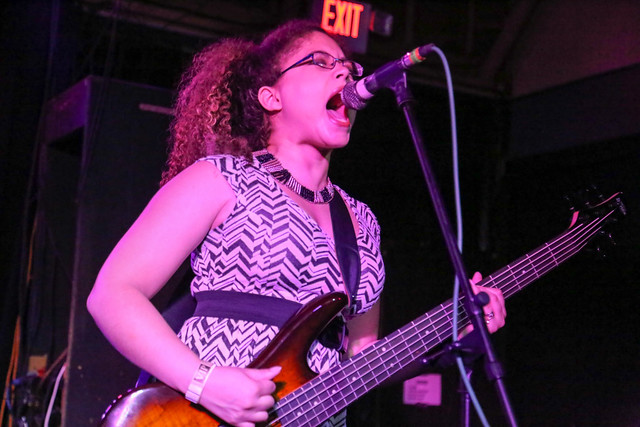 Here are our picks for which shows to check out to take refuge from any mid-week blues. Find a comprehensive list of statewide shows on our events page, add your own events to the list here and let us know which shows you’re hitting in the comments.