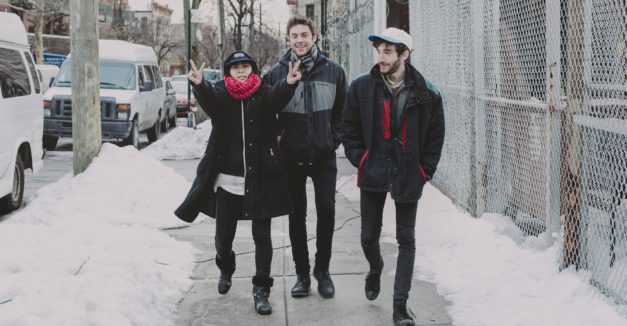 Legend has it sludge pop Haybaby was born when Haymommy and Haydaddy fell in love. Or was it a court-ordered mandate in the wake of a three-way car wreck, as bassist Sam Yield says?

However the origin story goes, the Brooklyn three-piece exists, and coming off of brooding, head-bobbing debut LP Sleepy Kids on North Carolina punk label Tiny Engines, it grapples with such a thing on its darker, edgier follow-up Blood Harvest. They bring it for two Nebraska shows this weekend.

The five-song EP finds Haybaby’s Leslie Hong emptying her vocal toolbox to explore the more haunting elements of the band’s repertoire. Blood Harvest is just as eerie and intimate as its predecessor, and with Yield and drummer Jeremy Duvall beating the heart, Hong’s guitar is free to run wild. The character break comes with the industrial screaming and post-hardcore melodicism in “What Is It.” Stylistically, the EP leaves a lot to consider as Haybaby enters the studio in December.

Before that, the trio plays two Nebraska shows this weekend, starting tomorrow night at Milk Run with See Through Dresses and The Way Out (9 p.m., all-ages, RSVP here), followed by Saturday at The Bay, also with See Through Dresses (7 p.m., all-ages, RSVP here). In advance of the shows, bassist Sam Yield answered a few questions from Sara Bertuldo.

Sara Bertuldo: How was Haybaby born?

SB: Who is your favorite fictional baby?

SB: What made you pick up an instrument? Who is your biggest influence?

SY: We started playing music after we got into a three-way car collision with each other and didn’t have insurance so the judge ordered us to start a rock band.

SB: You’ve played both Lincoln and Omaha before. How were your experiences?

SY: Great! In Lincoln we played at Church, a DIY spot operating out of a tiny old church building, which ruled.

SB: What kind of place were you in life when Blood Harvest came out? Is it different than how you felt during Sleepy Kids?

SY: We were exploring darker, angrier material when we wrote Blood Harvest. Partly that had to do with angst we were feeling about the difficult business of existing as a human being, and partly we were interested in probing that side of our music.

SB: What is one item you wish you could bring on tour if you could?

SB: Which band is underrated?

SB: Describe your life using the title of a Ramones song and explain why.

SB: What’s next after tour?

If it wasn’t going to be Dan Andriano’s night, it seemed certain he would make it everyone else’s.

The Alkaline Trio bassist/vocalist was dealing with vocal issues, a fact he noted at the outset of his solo project In The Emergency Room’s set last night at O’Leaver’s. To put it succinctly, his voice was shot. After powering through a few songs, he asked for help.

“You guys just wanna come up here and sing some Alkaline Trio songs?”

A few hands shot up. He invited up the first guest, Justin, who sang “Mercy Me.” The de-facto live karaoke set continued with “Private Eye.” In all, three guest singers took turns at the mic in what was a fun way to make the best of a tough situation.

HN multimedia intern Connor Lepert was on hand to photograph the show (and contribute reporting). Openers included Andriano’s bandmate Derek Grant, the club’s own Ted Stevens and MU330’s Dan Potthast, who wrote an ode to Omaha 20 minutes before the show; a custom, he explained, when performing solo. According to Lepert, it included the lyric “Hope we all can have some funza/after the show I hope we can order Runza.”

Dan Andriano In The Emergency Room 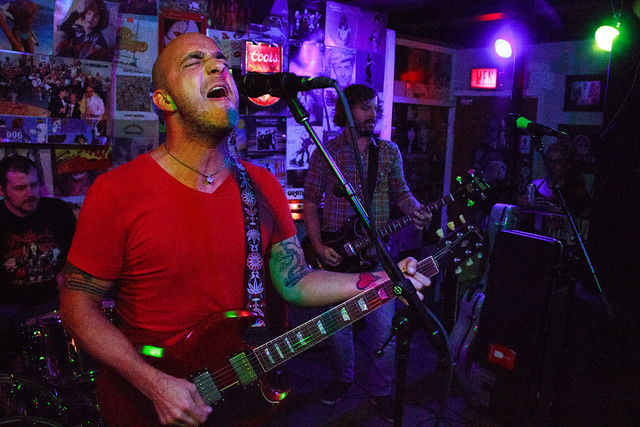 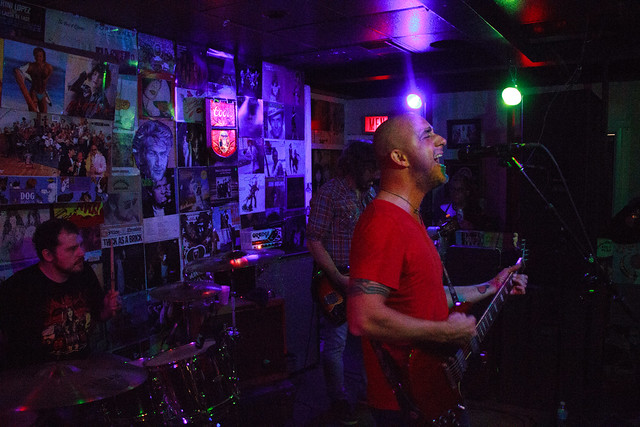 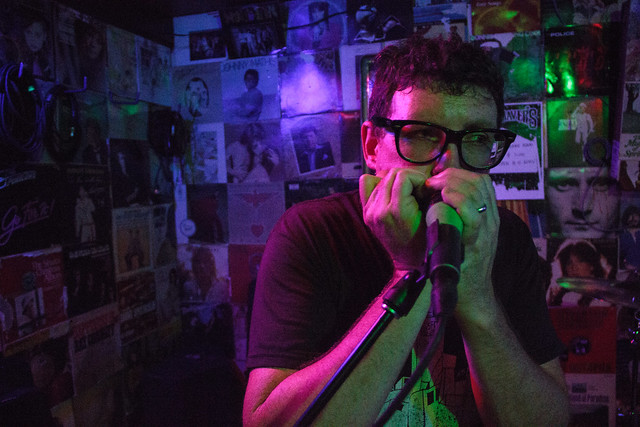 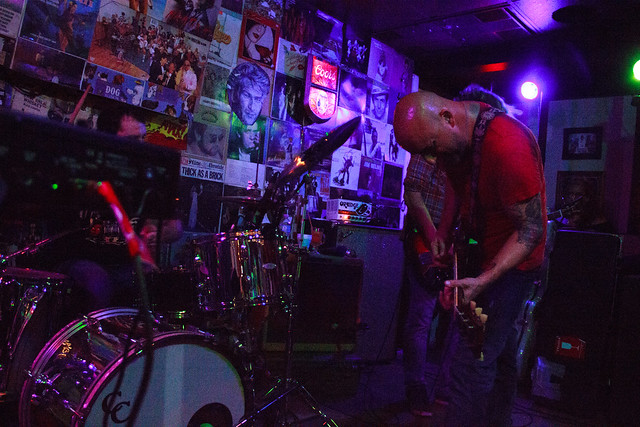 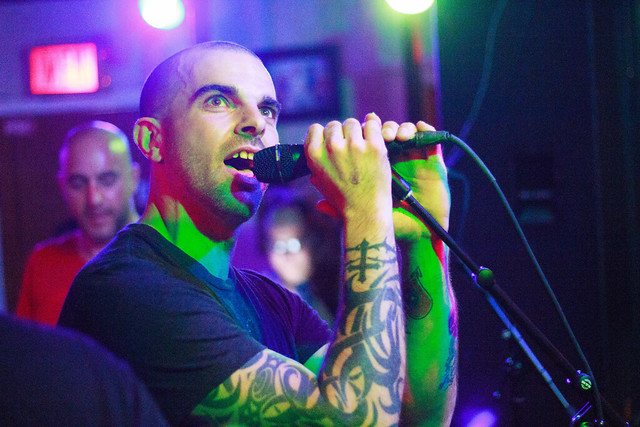 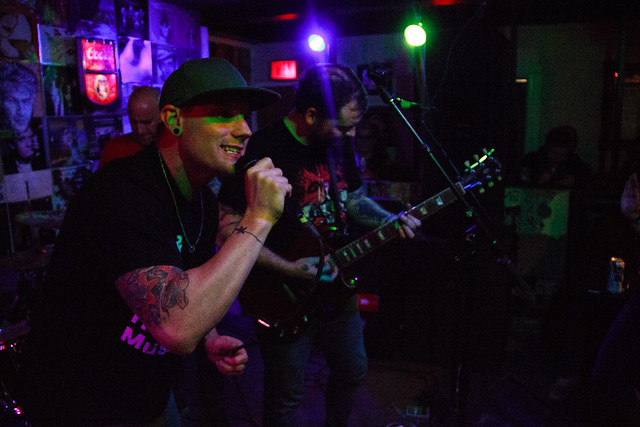 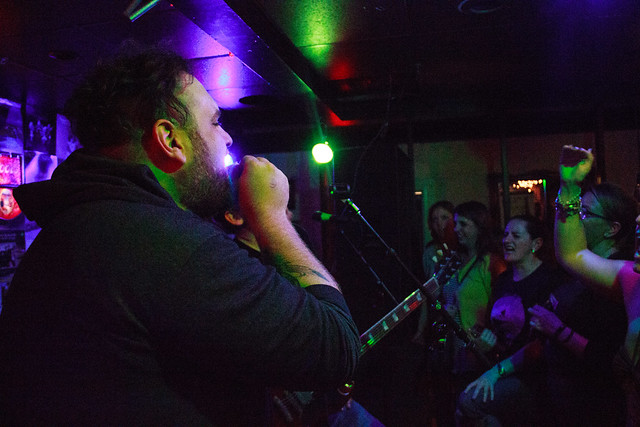 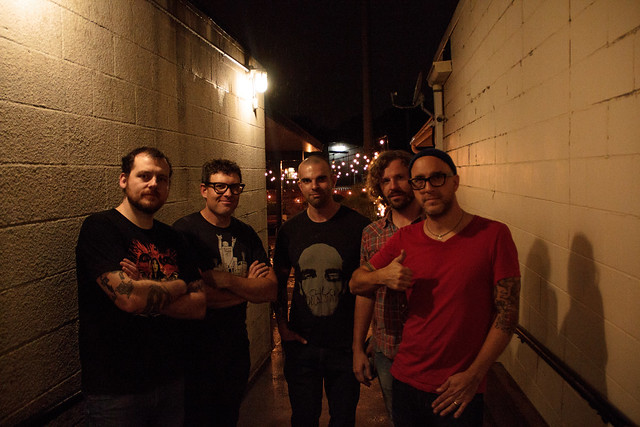 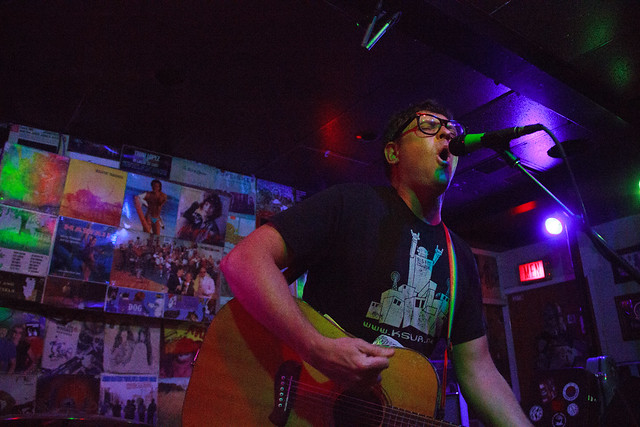 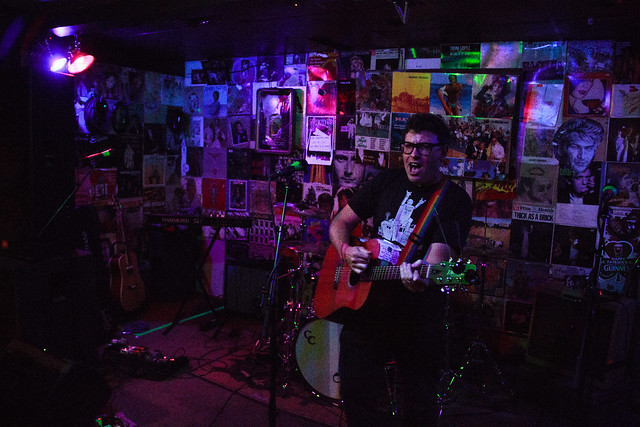 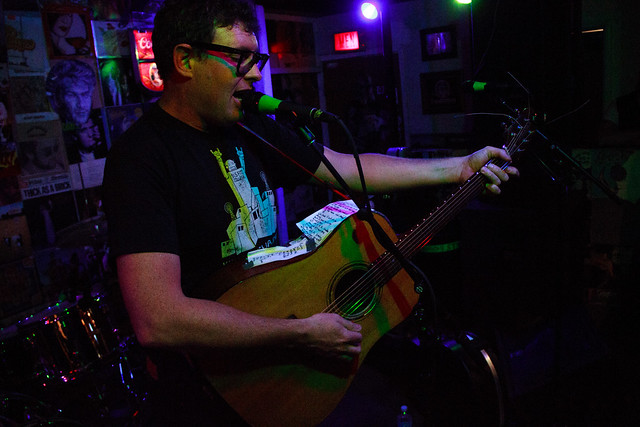 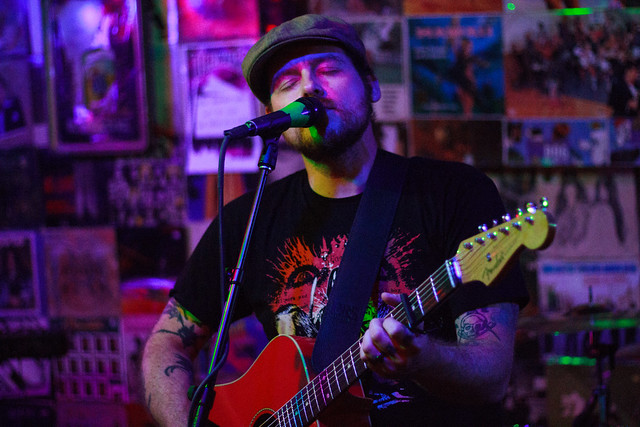 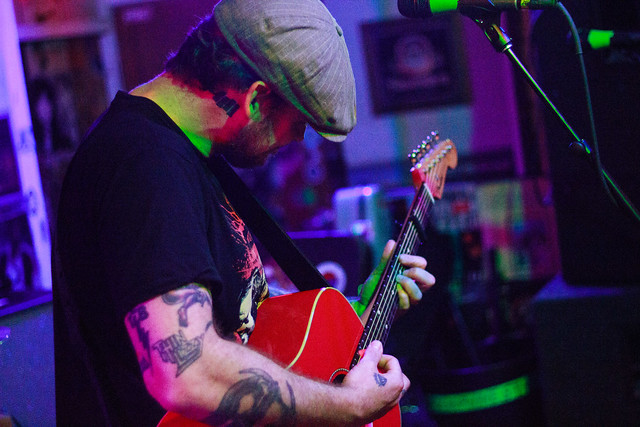 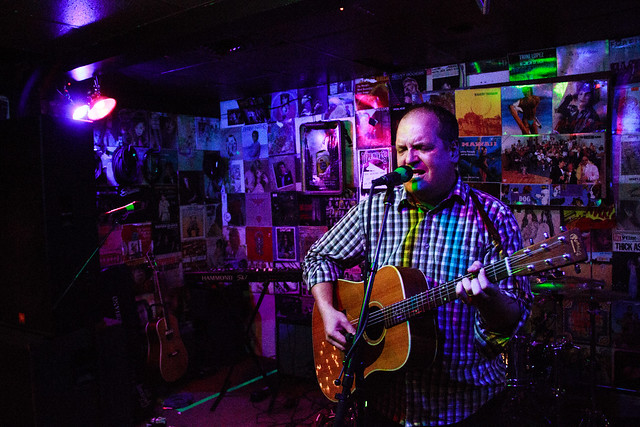 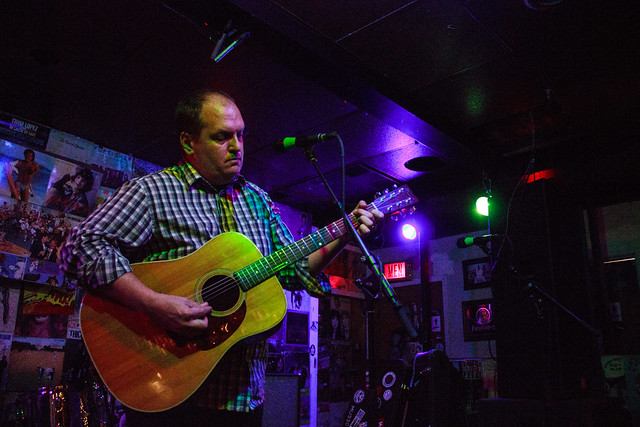 Haunted Gauntlet’s interest in the classic and retro are well documented in his work with M34n Str33t. But on his own, Adam Haug’s deep-dive into the eerie and unsettling yielding spooky results.

Sample the album with a couple of cuts below.

Have a news tip, story idea or upcoming tour/release? Send to news@hearnebraska.org.