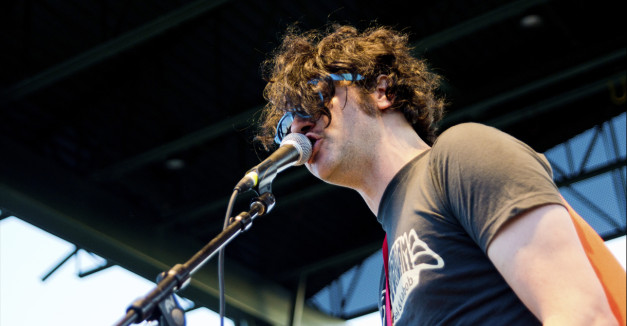 The single, “Peck on the Lips,” was released September of last year. The album, which they describe as “industrial shit-noise” is also available on cassette, with a limited release of 100 tapes, also available for purchase here.

Digital Leather performed at last summer’s “Hear Nebraska — Live at the 1200 Club” show. You can find our coverage and segments from their performance here.

In other news, Omaha electro-punk outfit The Faint played KEXP Seattle last week and had photographer Trevor Crump take this 3D shot of them.

Doom Abuse, the group’s sixth studio album, is their  atest release since 2008’s Fasciinatiion. Check out the group’s latest here.

The Faint will be taking the Doom Abuse tour to the Sokol Auditorium tomorrow, June 13 (buy tickets here), and The Waiting Room the following day on June 14. Buy tickets here.