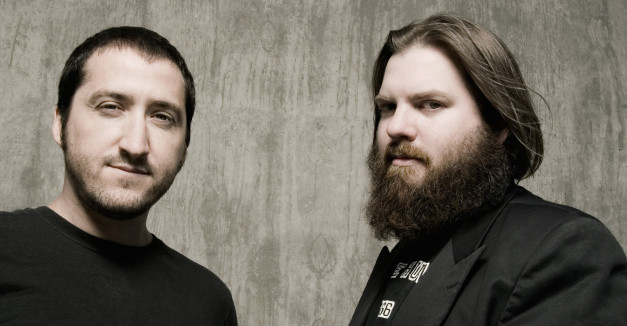 Bonehart Flannigan, the Lincoln folk project of Jon Dell (soon-to-beformer Universe Contest bassist), is striking out on a western U.S. tour this fall on the heels of his debut album, Backpacks and Mason Jars. After album release parties in Omaha, then Lincoln, he’ll head through Colorado and Wyoming to the Pacific Northwest before turning south through California.

The tour kicks off after the Lincoln release show on Oct. 10 and is booked through Nov. 11 in Sacramento, but according to Bonehart’s Facebook post, Dell plans to add more shows after.

Be on the look out for an album review podcast of Backpacks and Mason Jars next week and check out the tour dates below.

As a sidenote, we’re always happy to see Nebraska musicians touring nationally, so send your tourdates to news@hearnebraska.org.

Omaha folk duo Lars and Mal and their backing band will perform on Hear Nebraska FM this evening. The show begins at 8 p.m. with a playlist of Nebraska music. In Lincoln, tune in at 89.3 FM or stream online at kzum.org worldwide. We’ll be joined on the show by singer-songwriter Michael Wunder next week, and All Young Girls Are Machine Guns on Oct. 20.

Monday means it’s add day on HN Radio, and we’re rolling with some new music. This week’s playlist features new tracks from Magma Melodier, Thirst Things First and Emeka. The lead-off track, “SWOOPS” is a choice offering from the Lincoln pop-punk band’s forthcoming EP E-Energy. Erinome’s “Dark Rooms” is another notable track, an extended piece of both lulling and discomforting noise music from the Omaha multi-instrumentalist Aaron Hansen. Lastly, if you were a Lincoln house show devotee in, say, 2011-12, you probably caught the ambient basement rock of Solid Gold. The defunct outfit sent us some of their old recordings and we’re a featuring a trio this week.

Pinback, a bastion of indie rock since the late ‘90s, plays The Waiting Room tonight with Tera Melos.

For any other tips, news items or announcements, email news@hearnebraska.org.