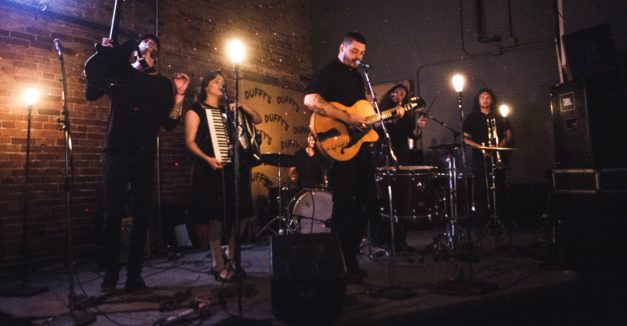 Marah In The Mainsail, AZP at Duffy’s Tavern

If you missed it, no matter; Marah In The Mainsail returns to Lincoln for downtown festival Lincoln Calling, Oct 6-8. Get tickets here.

Marah In The Mainsail 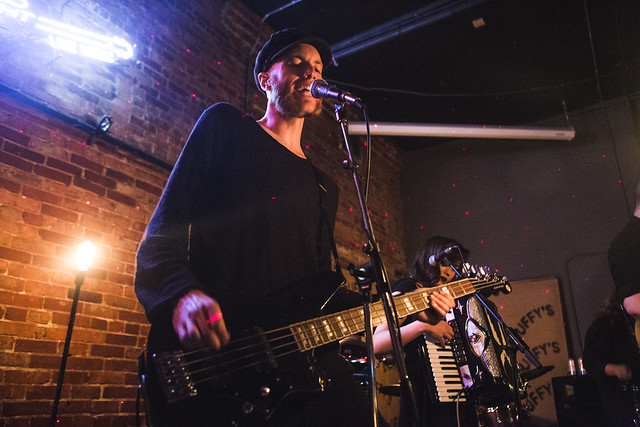 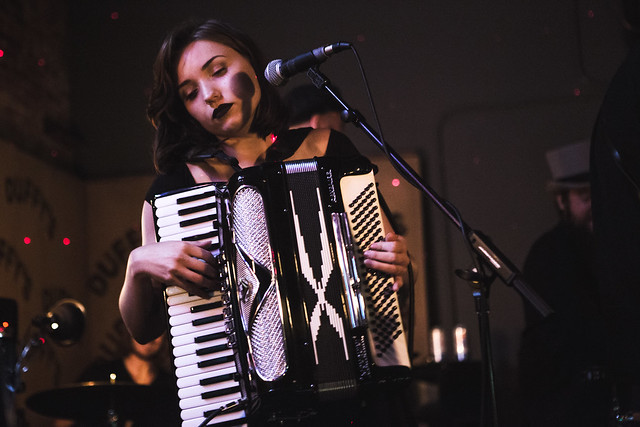 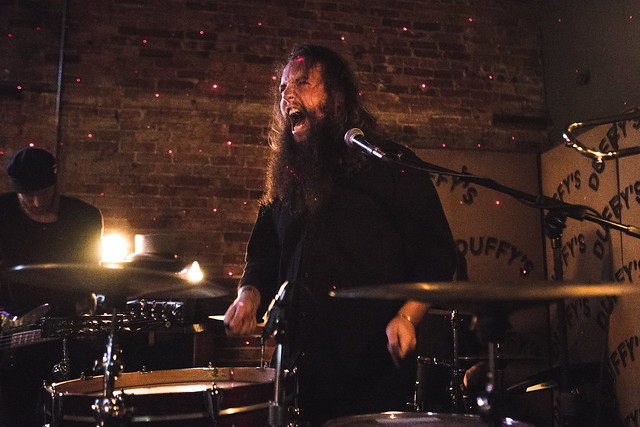 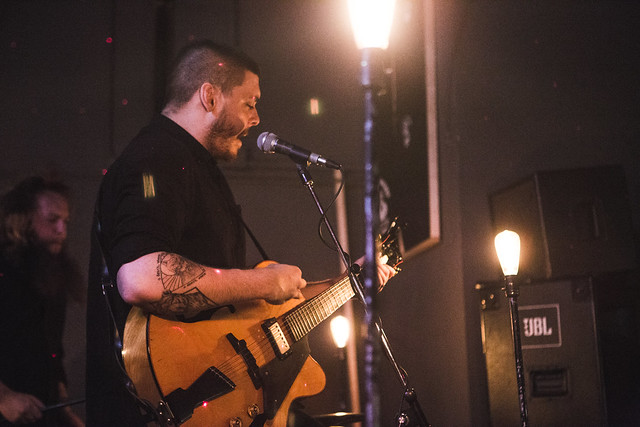 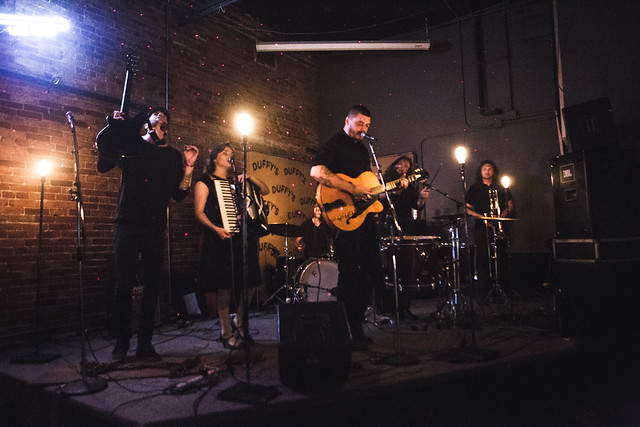 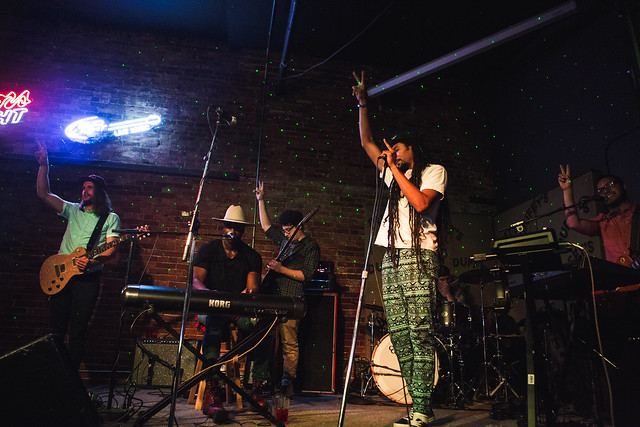 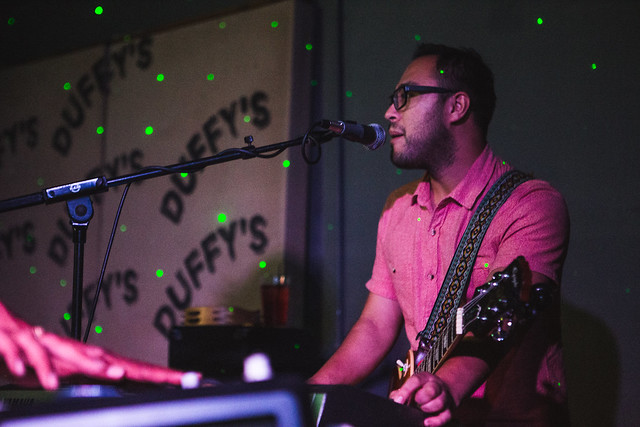 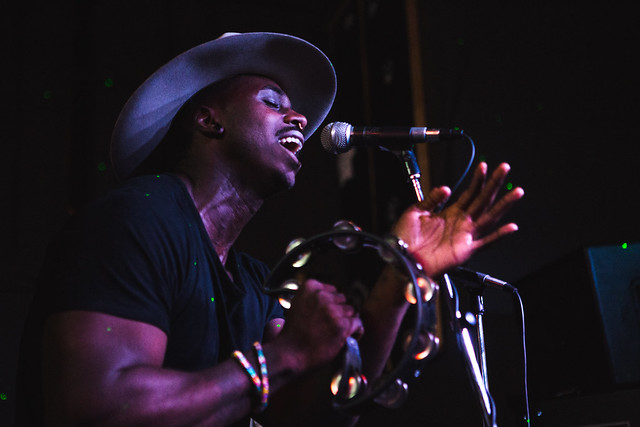 “It validates what we’re trying to do as a viable stop,” the Knife and Fork Productions co-founder told The Reader’s James Walmsley. “You know as well as I do, there are a lot of great, talented bands that drive right past Grand Island on the interstate.”

The concert launches a spread out year-end tour for Oberst, who recently announced his third solo album Ruminations (out Oct. 14 on Nonesuch Records). To our knowledge, this is the first time Oberst has played in-state west of Lincoln.

Knife and Fork Productions, co-operated by The Chocolate Bar’s Sharena Anson, was also instrumental in this year’s first Hear Grand Island series, which has drawn nearly 1,000 fans to Railside Plaza each Friday night thus far. [Editor’s note: Hear Nebraska presents the series.] Walmsley notes how the organization took it on after the city passed on it due to budget constraints.

Hear Nebraska’s Board of Directors has added another Omaha musician to its roster.

The nonprofit welcomed Clarence Tilton bassist Craig Meier aboard in a social media post yesterday morning. Meier is the CEO of Medical Solutions, Vice President/President-Elect of NATHO and Omaha Chamber of Commerce board member.

“Art and music are very important forms of expression that positively reflect the culture of a community,” Meier says in the statement. “I’m born and raised in Omaha and have met so many talented people in Nebraska over the years that deserve more recognition. HN provides a supportive path that allows our artists access to other communities, states and countries so they can all see and feel what some of us already know — we have amazing artists and musicians in Nebraska.”

Welcome aboard, Craig! And let the bassist jokes commence. 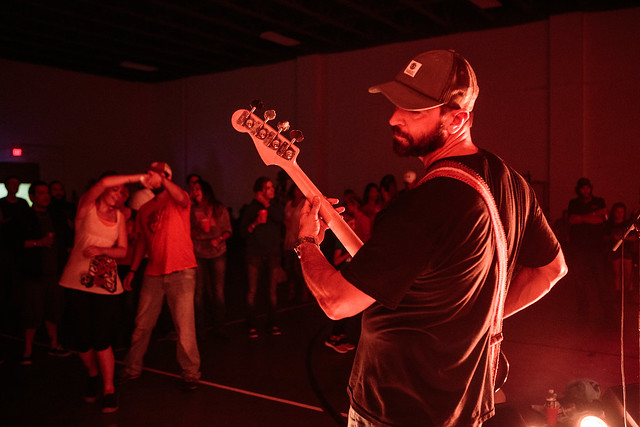 Perpetual Nerves is really getting into this boat cruise thing. It seems they aren’t alone.

“Punks Can’t Swim Vol. 1” tickets went on sale yesterday and a quarter of them were gone in  roughly 40 minutes, according to the concert promoter’s post in the event page. Why not, with a lineup featuring St. Louis punks Lumpy and the Dumpers, northwest Indiana band CCTV, Omaha hardcore band Bib and Minneapolis/Kansas City/Omaha “speed freak supergroup” Lemonade. It’s going to be loud, fast and sloppy.

The concert happens Friday, Sept. 2 aboard the River City Star. Gates open at 9 p.m., boarding starts at 10 p.m. Tickets are $20. Find them here.

The rain has cooled things off enough that leaving your house for the club seems more realistic. Here are a few picks below.

We just added more than 100 events to our statewide calendar, so if it isn’t below, it’s probably here. If it isn’t, email news@hearnebraska.org, leave it in the comments or add it yourself using the website’s Contribute feature here.

Protomartyr with No Thanks, The Shrinks at Slowdown — The Detroit post-punk band released its third LP The Agent Intellect last year on Hardly Art Records. No Thanks starts a week-long tour next week. Doors at 8 p.m., front room show, $12, RSVP here.

HIDE with Plack Blague, Bib and CBN at The Bourbon — The Chicago duo of visual artist Heather Gabel and musician Seth Sher confront power dynamics and gender identity/fluidity through haunting electronic industrial music. This one is going to be dark. Doors at 9 p.m., $7 for 21-plus, $9 for 18-20, RSVP here.

Hector Anchondo, Amanda Fish, KALO and more at In The Market For Blues Festival — For a second year, In The Market For Blues brings some of the best regional blues players to three venues in Omaha’s Old Market. I Love Ox ‘N’ Bull BBQ and A Taste of New Orleans food trucks will be on hand. Music starts at 3 p.m. at Harney Street Tavern and continues all night at The Hive and Dubliner Pub. $10 gets a wristband to all three venues, or $5 per venue.

The Electroliners, Edison & the Elephant, FINO at Barley Street Tavern — Get your Americana on. Show starts at 9 p.m., $5 entry. RSVP here.